in 1968, mass production of the EF66 began. the design was presented by japanese national railways (JNR) as the strongest electric-only locomotive for a high-speed freight train. eventually, it became the most popular with the sleeper train and ushered in the golden age of engine craftsmanship in japan. then, the EF66-100 fee collector’s stand was manufactured by JR freight with air conditioned driver’s cabs and a slightly more stylistic external shell. afterwards, the class was replaced by EF210 as the primary component of the freight train. building off of this history, masahiro minami has imagined the ‘EF66-2000’ as an experimental model of the vehicle typology. the concept inherits DNA from its ancestor and carries an equivalent power output of 3,900 kW, 1,500 V direct current, and a VVVF inverter within its 100.13 ton weight. all of these interior mechanisms produce a top speed of 130 km/hr. 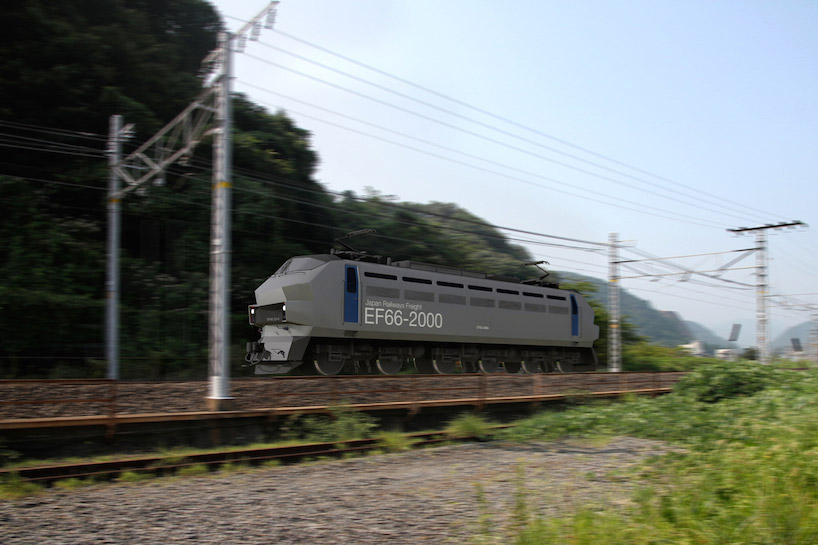 this is a trial production first number 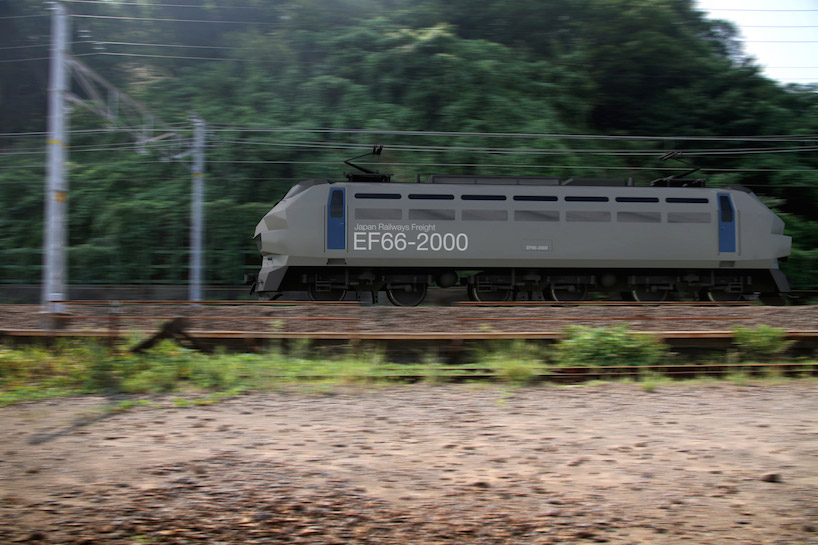 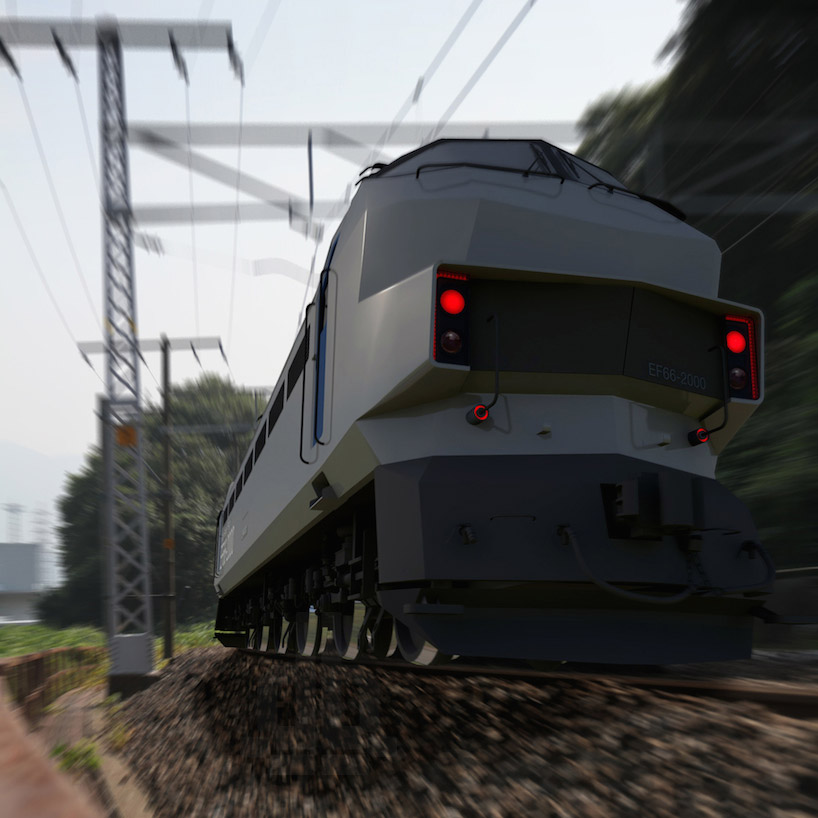 rendering of the back 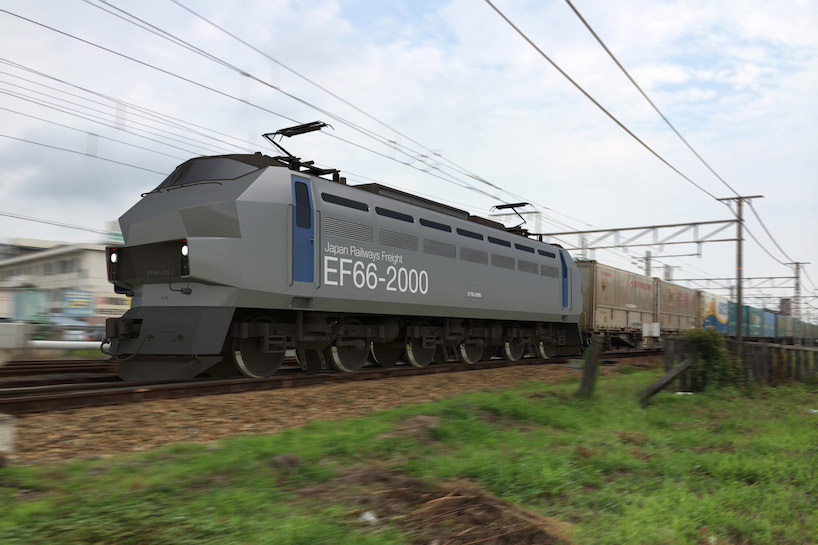 the design which inherits the tradition of EF66