masquespacio has completed a project in valencia, spain, with the debut of thee first concept store for RUBIO, a famed publisher of spanish educational books. the project sees masquespacio infusing the essence of RUBIO into its flagship store, largely thanks to the sensitivity of its creative director ana milena hernández, who quickly connected with the publisher.

‘for me, the connection that I’ve made with RUBIO and its CEO enrique rubio, who has a special affinity towards art, has been fundamental,’ explains ana milena. ‘in fact, I was already attracted to their image and aesthetics, including the brand color code, long before meeting them. their design philosophy is very close to ours.’ 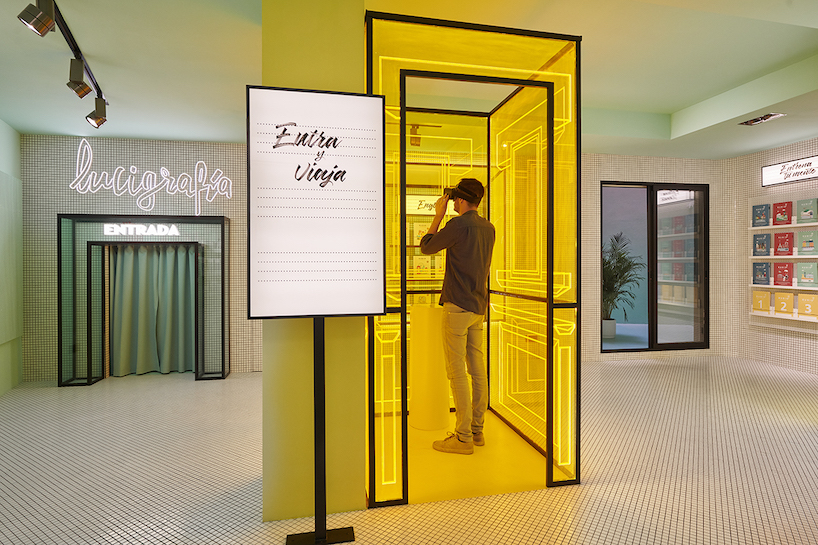 when designing the concept store, the creative director of masquespacio said that they had expansive liberty in the creative process, ‘when they contacted us, they told us that they wanted the store to blend the publisher’s lauded past with its expected future. and that’s just what we did. we have created a futuristic identity for RUBIO using neon and methacrylate signs with bold colors that allow us to travel through time without losing the essence of the firm. we managed to achieve this with the overwhelming sensation of being grounded by one of their workbooks, thanks to the coating that we have used throughout the store, using a material that resembles blank sheets,’ continues ana milena. 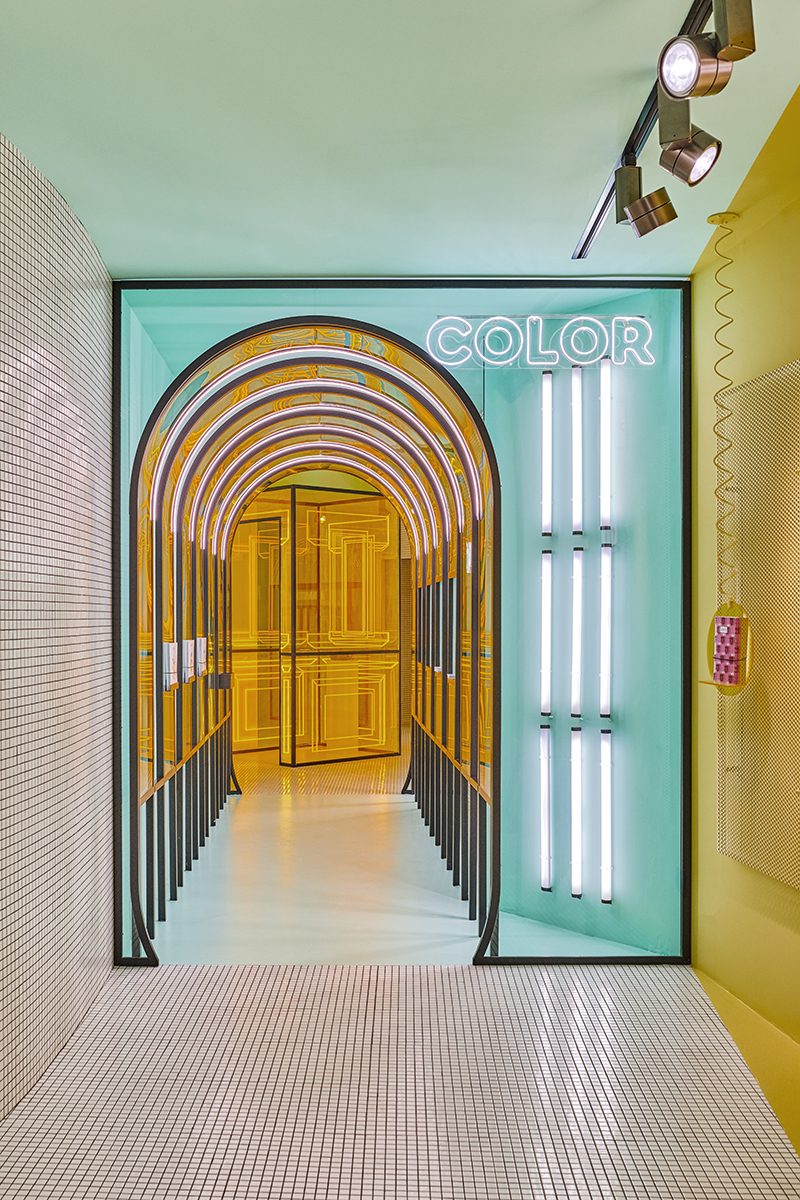 the RUBIO store, located in the centre of valencia — the city that RUBIO has called home for over 60 years — is over 200 m2 in size, all designed by masquespacio with a very recreational and interactive component that invites visitors to delve into the RUBIO universe. starting with the spacious entrance, framed by bright yellow and blue neon signs, visitors are guided by a large counter towards the area of mathematics, writing and reading workbooks, close to the workshop training area. further into the shop, the so-called ‘tunnel of color’ features a time machine that guides visitors through the RUBIO universe. from here, the more adventurous sorts can go on to the projection room. 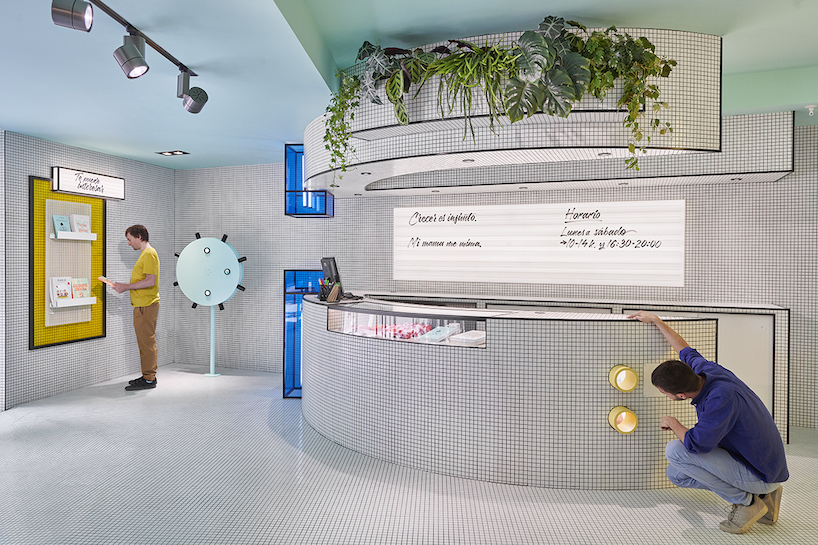 each of the publisher’s collections has its own corner, where the store aims to encourage interaction with the public at all times and has endeavoured to create the best possible display of their products. to wit, the back of the rotating shelves in the mathematics area are used as blackboards to practise mathematical concepts. another area nearby has a methacrylate board that visitors can use to improve their handwriting. there are numerous spaces and activities to discover in this new RUBIO space for both children and adults, including the curious peep-hole in the shop window, a time machine with augmented reality goggles, a roulette that explains the publisher’s history, a speaker that tells tales, the tunnel of color and the projection room. 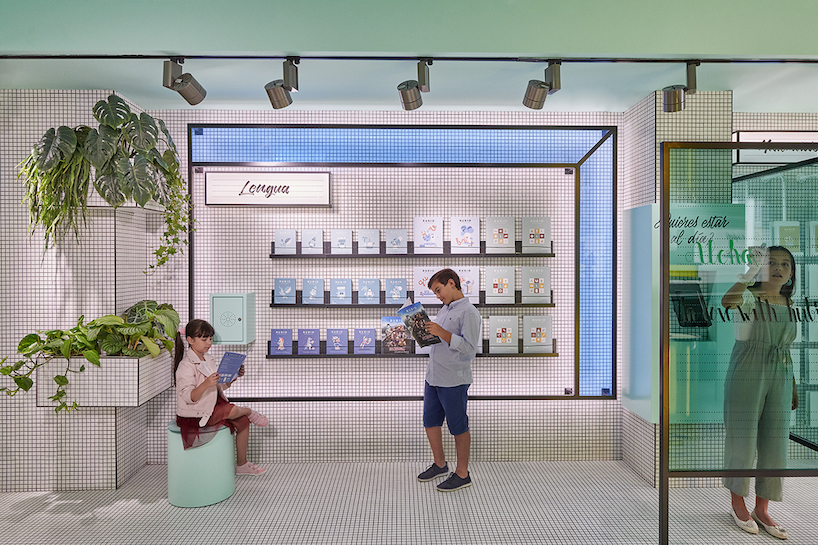 this makes the store interactive for visitors both in the traditional way as they read the material, perform mathematics operations and look through the peep-hole, and also making the most of the digital era through the use of tablets and 3D goggles. ‘we have endeavoured to make sure that our audience, the audience for our workbooks and books, whether children or adults who have grown up with RUBIO, can enjoy it with us. we have sought to explain how we are a dynamic publisher open to the future and in constant evolution, but always remembering where we came from,’ comments enrique rubio, CEO of the publisher, who adds, ‘in the end, our store tells our history, the life we lived and where we will continue to live. that is how we leap into the future.’ 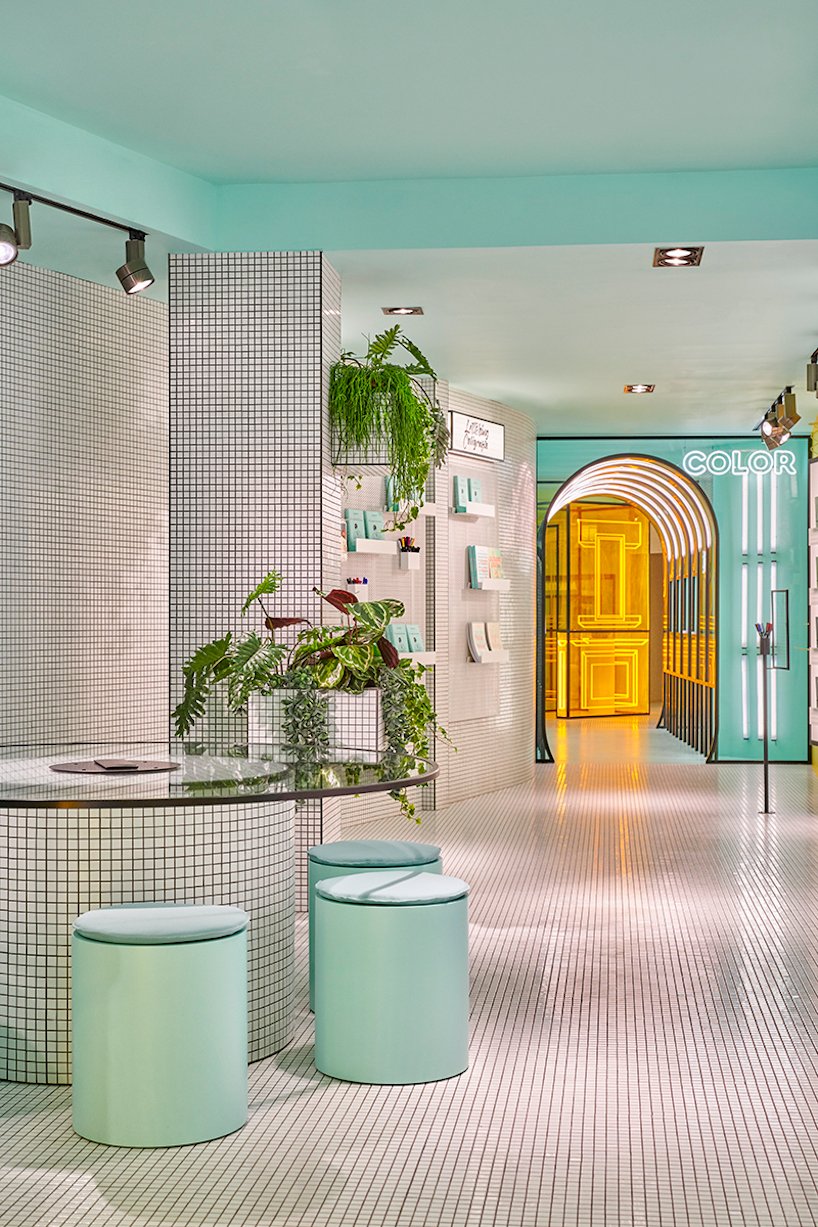 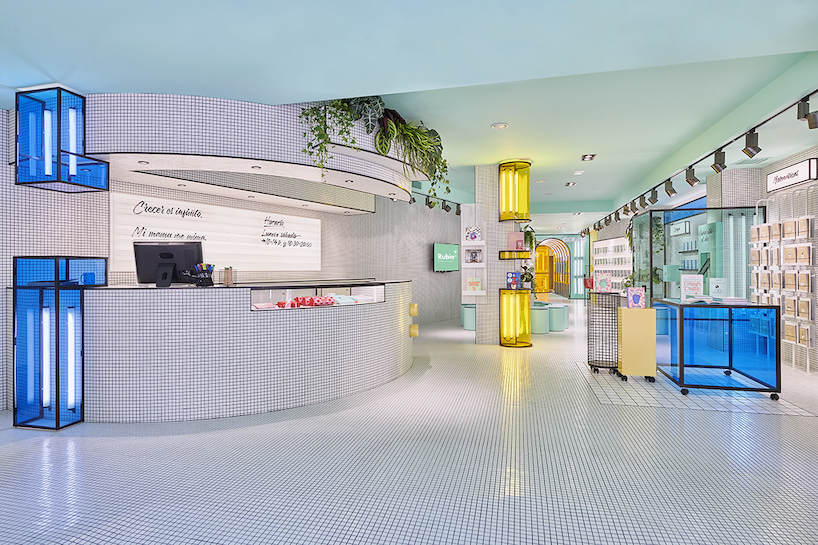 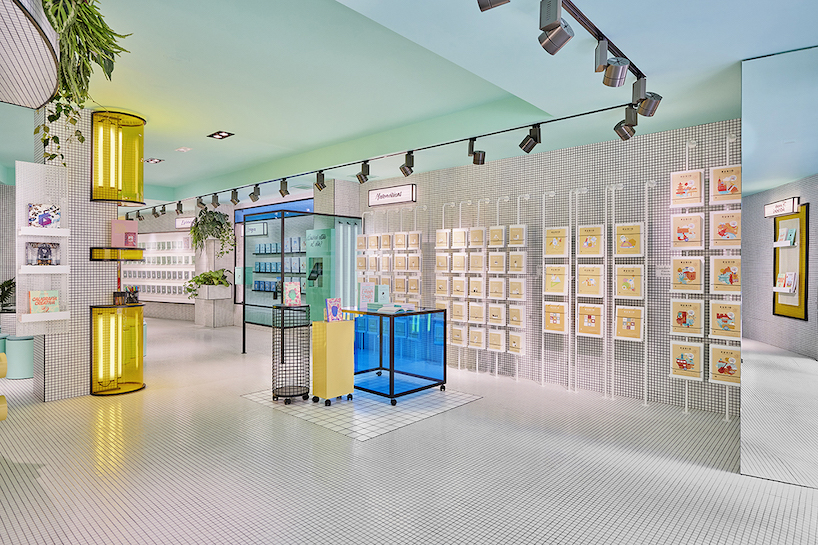 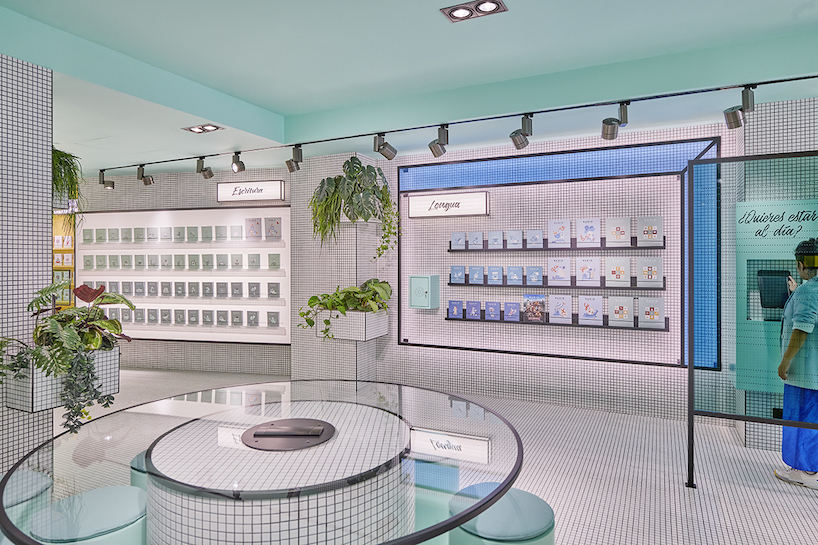 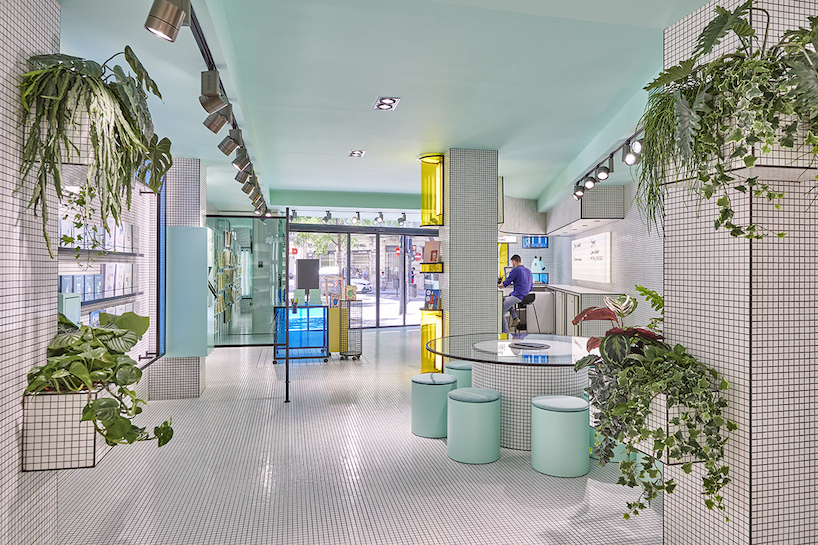 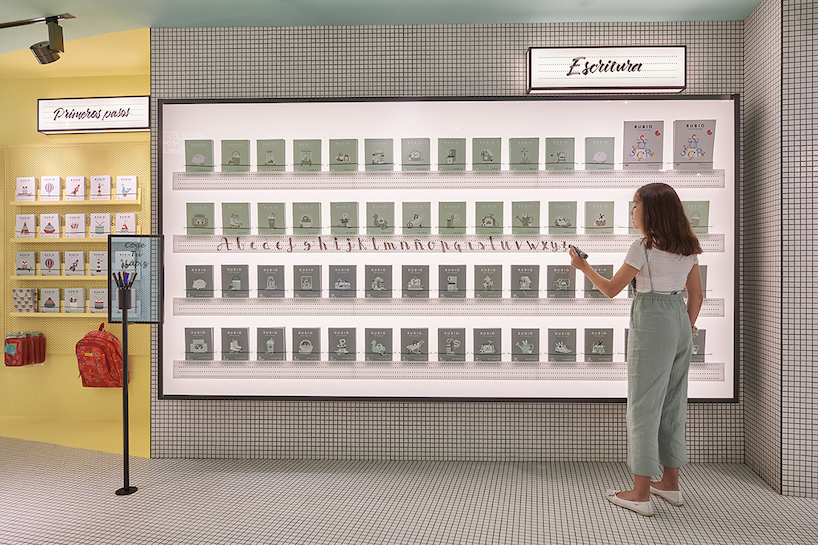 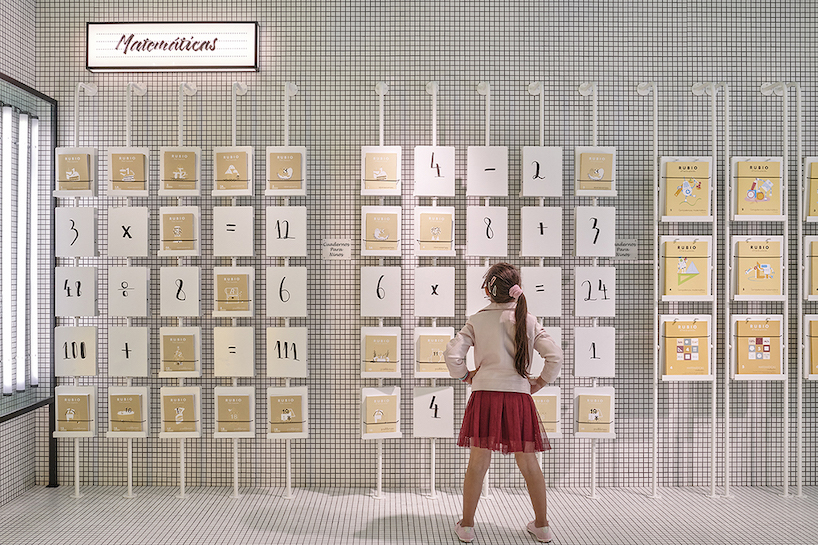 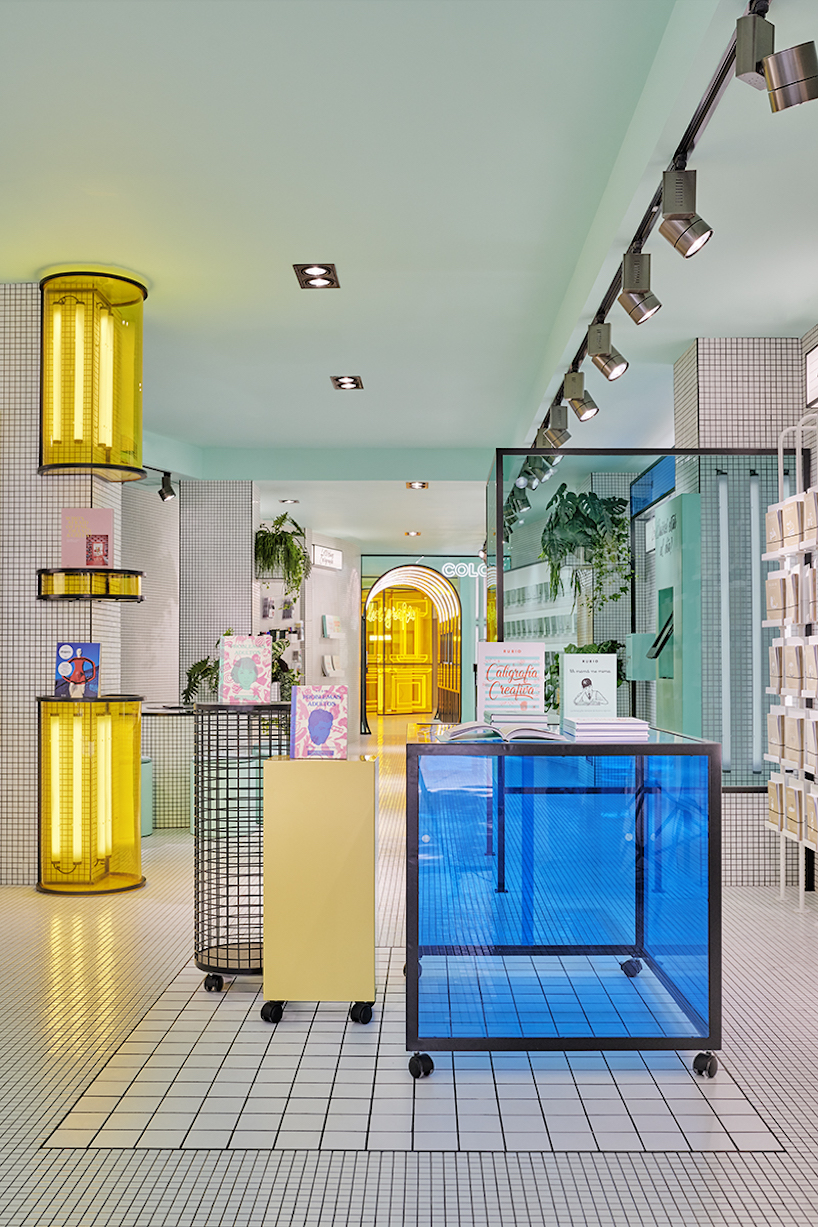 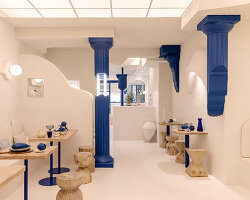 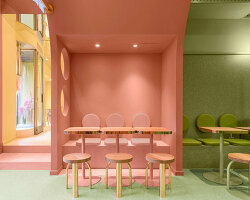 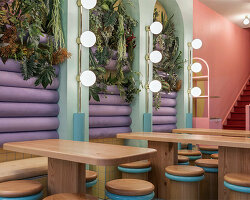 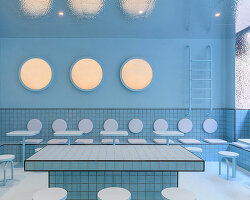