‘BAM!’ by massproductions is a new sofa with clear influences from pop art culture and the american artist roy lichenstein. designed by the company’s co-founder and designer-in-chief, chris martin, the sofa comprises two block-shaped volumes that create a seat and back. its pillows, filled with recycled goose and duck feathers from old down products, have been designed with details of black large embroidered patches with the text ‘BAM!’.

for the product launch, massproductions reached out to swedish music producer axel boman, who freely interpreted the sofa into an audio production. ‘BAM!’ will launch officially on february 8, during stockholm design week 2021, but you can watch a preview of the creative sound experiment on the video above. 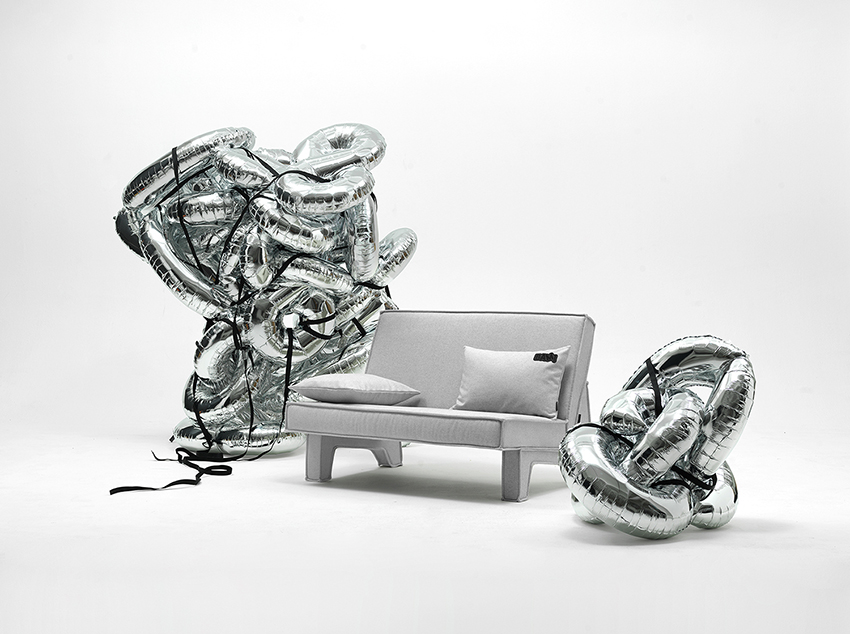 all images by erik undéhn

‘BAM! has clear pop art references and a kind of instant look with its clear graphic profile and generous block like shapes,’ says chris martin, co-founder and designer-in-chief of massproductions. ‘it looks like something that could come out of a lichtenstein painting. hence the name BAM!’. the sofa’s legs, whose design draws from gothic buttresses, come upholstered in the same textile as the seat and back, giving it a clear and homogeneous look. 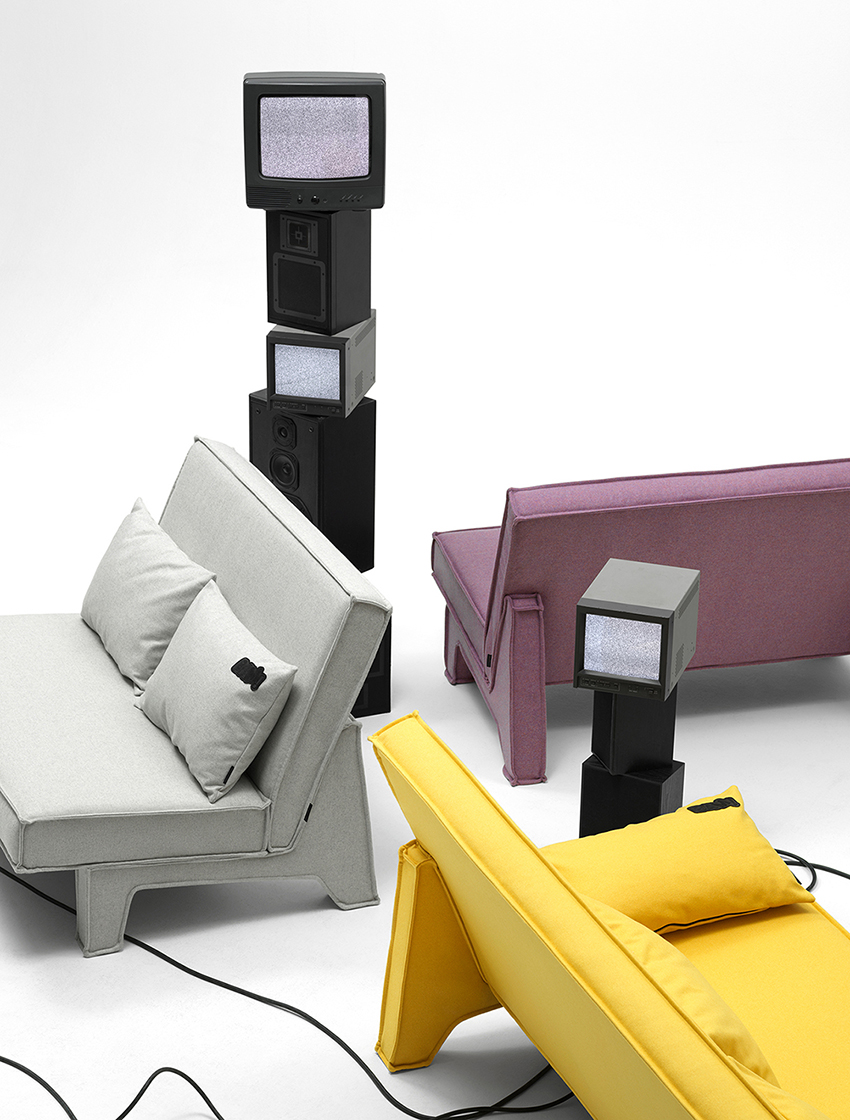 the armrest-free sofa is a platform, where cushions can be added for additional comfort, acting as armrests, pillows and backrests. the included cushions feature details of black large embroidered patches with the text ‘BAM!’, while they are filled with recycled goose and duck feathers that have been sterilized by high temperatures without chemicals. the freedom from armrests, provides flexibility, accessibility and openness in the room.

‘in my home I have a rather narrow passage next to the sofa. the armrest on my old sofa became a barrier in the room. I have replaced the sofa with BAM!, and it has opened up the room, now I can reach the sofa from the side. I do not miss the armrests, I prefer the freedom. I like to exchange armrests for freedom’, martin adds. 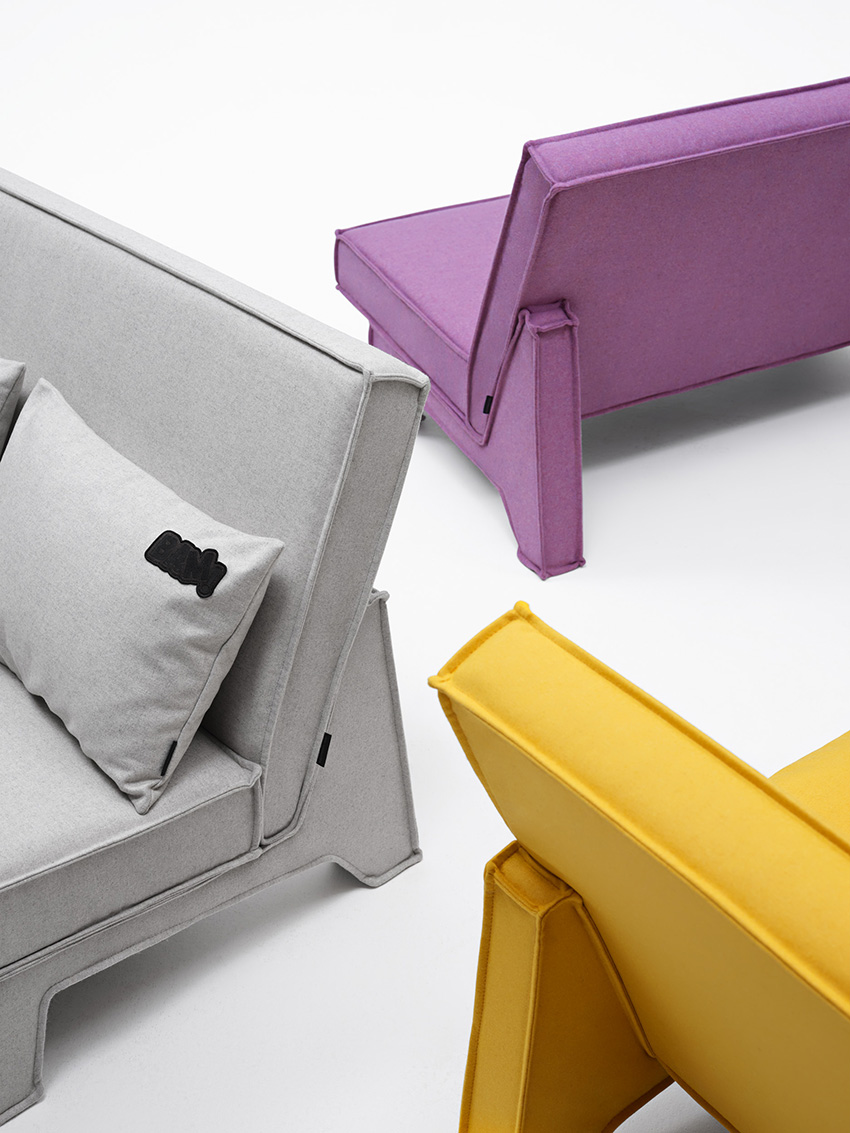 for the launch of ‘BAM!’, massproductions asked swedish music producer axel boman to interpret the sofa into an audio production. ‘are there certain sounds associated with furniture? our new sofa BAM! has clear pop art references and a kind of instant look with its block-like form,’ explains magnus elebäck, CEO of massproductions. ‘BAM! is also a loud noise, a sudden effect. in our tradition of inviting exciting swedish music creators to meet the furniture world during stockholm design week, we have now taken it one step further by asking axel boman to create music from an actual piece of furniture. kind of.’ 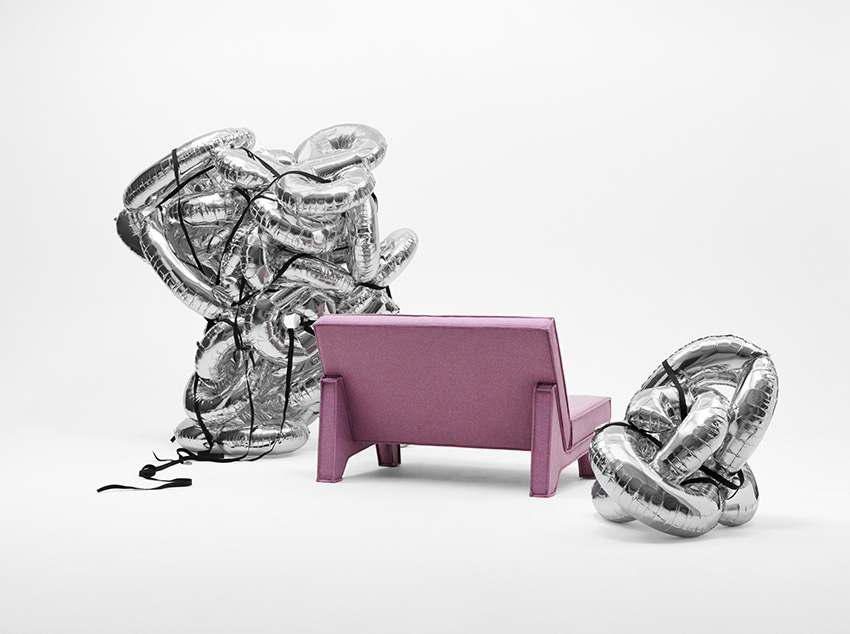 towards the end of 2020, the company sent a prototype of their new sofa to boman’s studio. ‘all of a sudden there stood a cool, bright green BAM! sofa in the studio, which was anything but conservative and I let that inspire my process. now we do something fun and new I thought! I wanted to challenge myself, take a few extra steps in a new direction and I knew I had the confidence to do this’, says axel boman. one of sweden’s most acclaimed jazz drummers, konrad agnas, from the jazz group agnas bros was contacted and a recording studio was booked.

‘I had an idea that I wanted konrad to play as “straight” as he could and gradually build up to a chaotic crescendo and then break this down into an airy, abstract break, where it could become almost completely silent. it turned out that konrad completely agreed with how I thought and it was enough with two recordings of nine minutes each to feel that it was working, we had made the track. the rest of the music simply wrote itself, as it can be when you stumble across something exciting’, adds boman. listen to the track ‘axel boman – BAM! (massproductions dub)’ on spotify on february 8th here. until then, you can listen to a teaser in the film above, directed by robin günther. 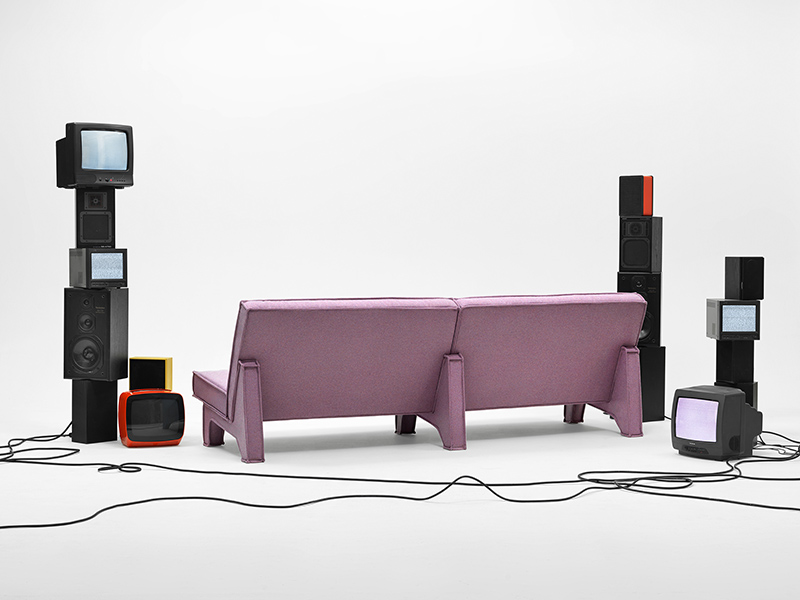 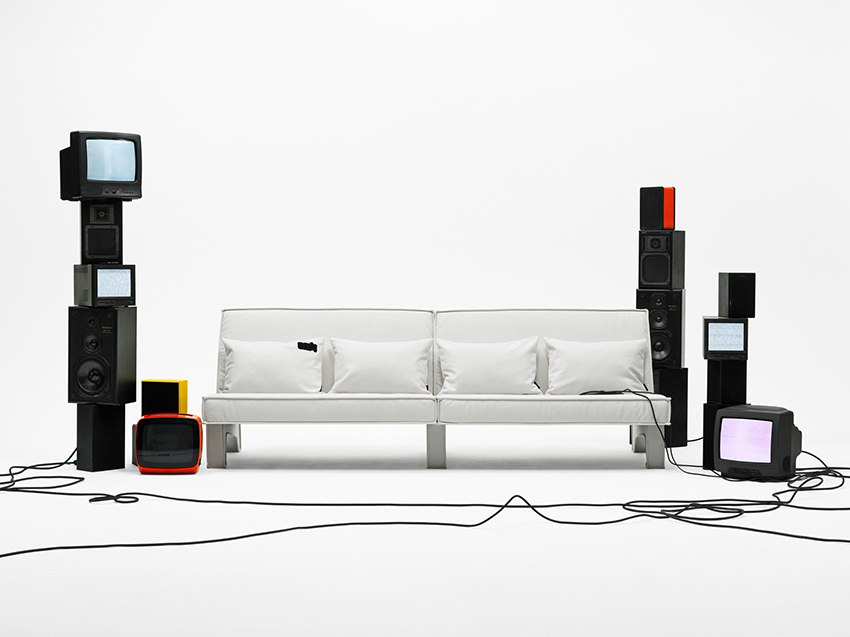 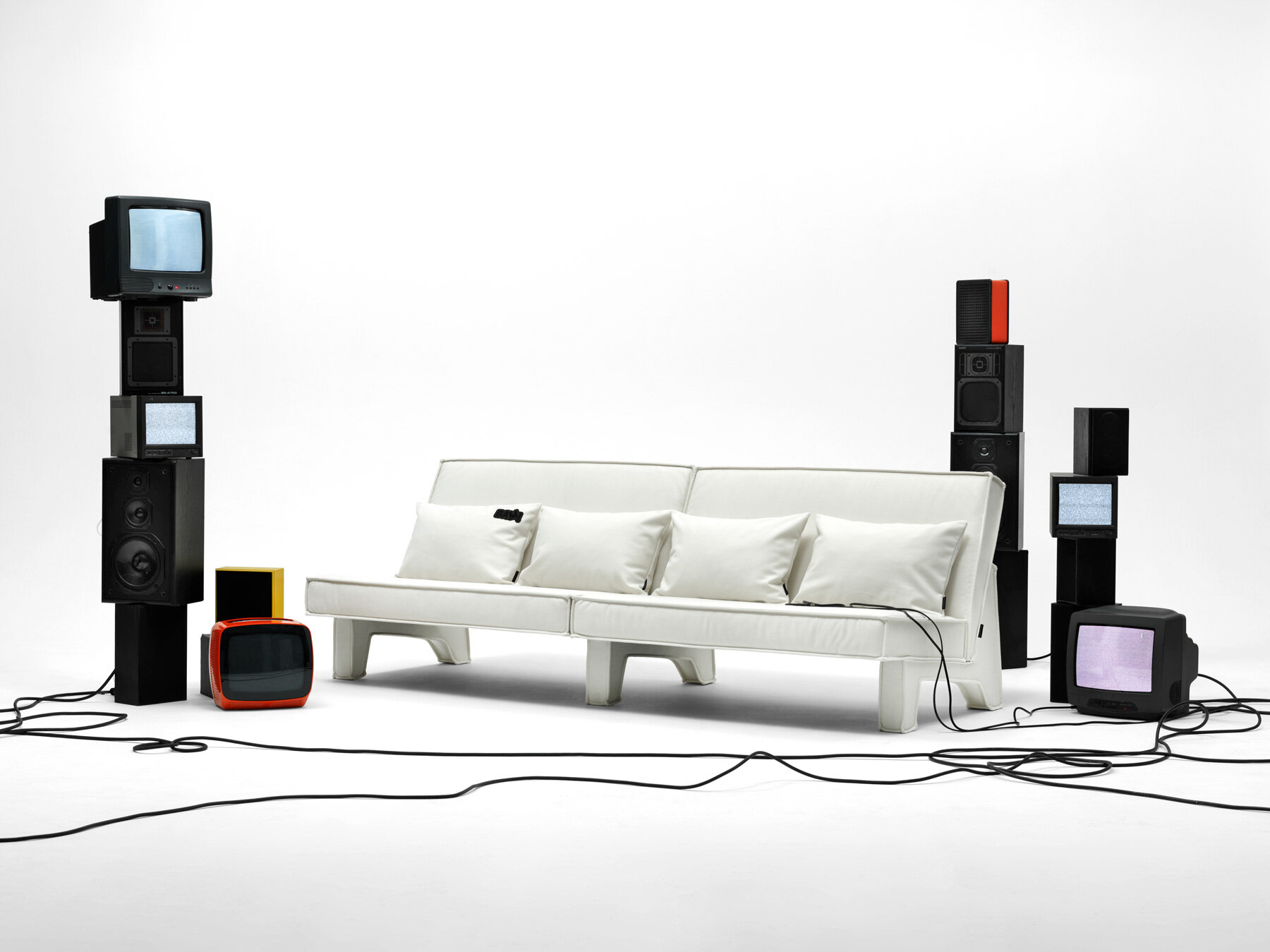 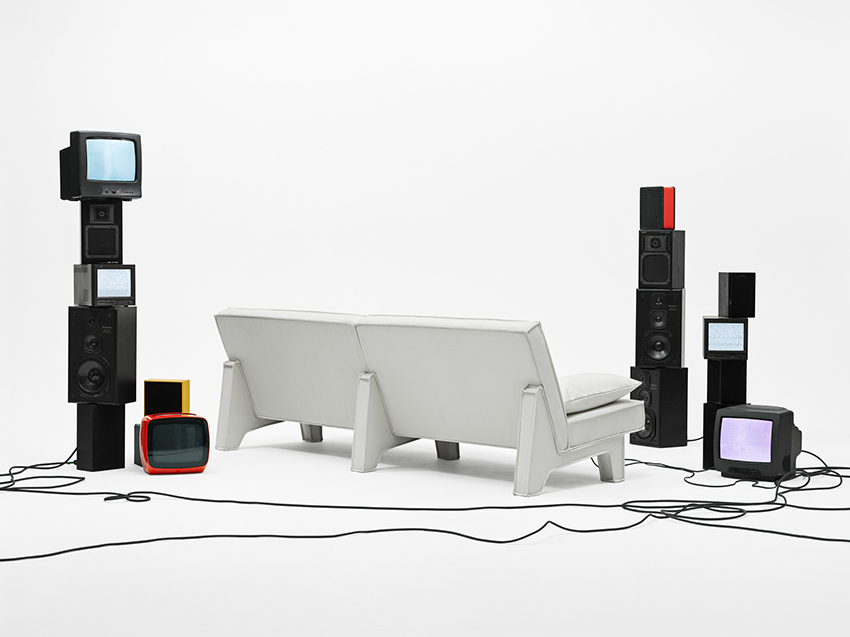 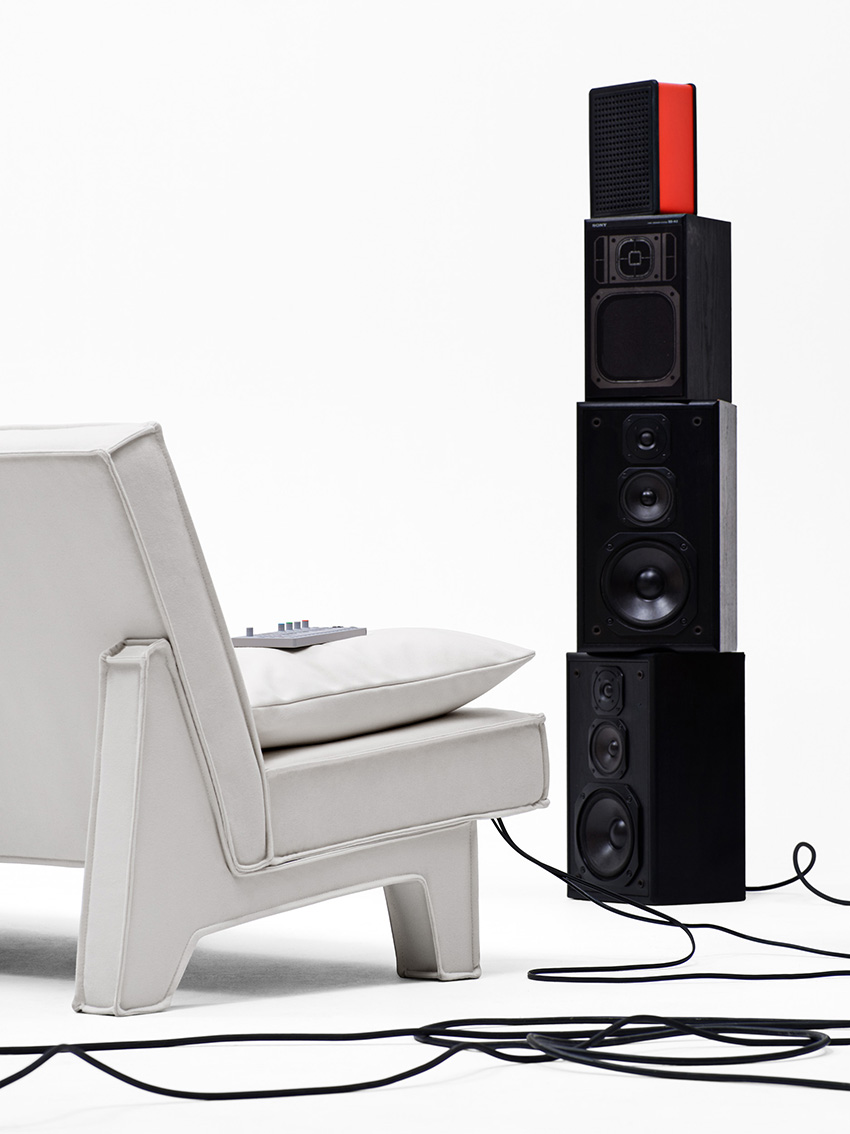 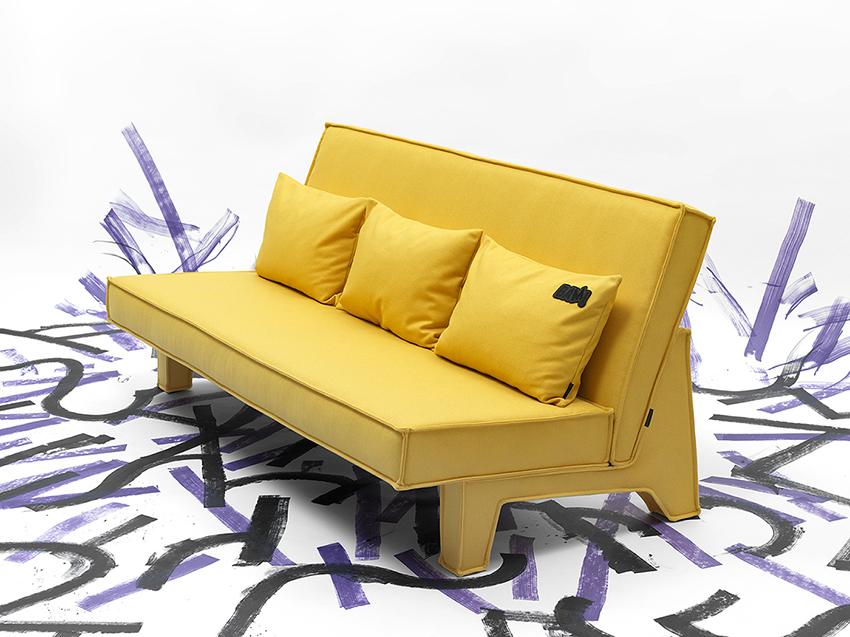 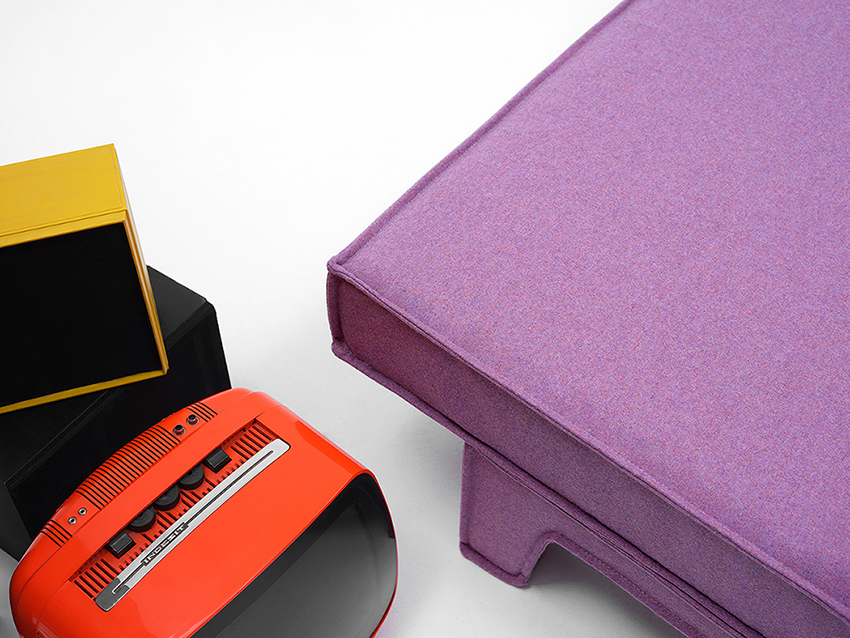 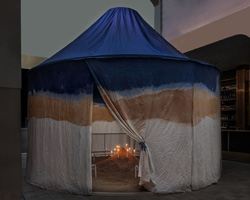