milan-based mathery studio bring fun and furniture together for the ‘josie’ chair, a seat that pops our party favors upon sitting down. brightly colored streamers explode from a rainbow spectrum of plastic pullies, which are activated when someone places pressure on the slightly inclined seat surface. the unit takes inspiration the protagonist of 1999 hit high school romantic comedy ‘never been kissed’. played by drew barrymore, the geeky josie spent her high school years on the social outer circle, harassed by the cool kids. cruelly nicknamed ‘josie grossie’, the character was never invited to the prom and always the one left sitting alone on a chair at parties. ‘but what if the party came to her?’ muses the studio. the perfomative chair is fashioned from beech wood, and is defined by simple features and chunky lines.

josie, the chair that pops
video courtesy of mathery 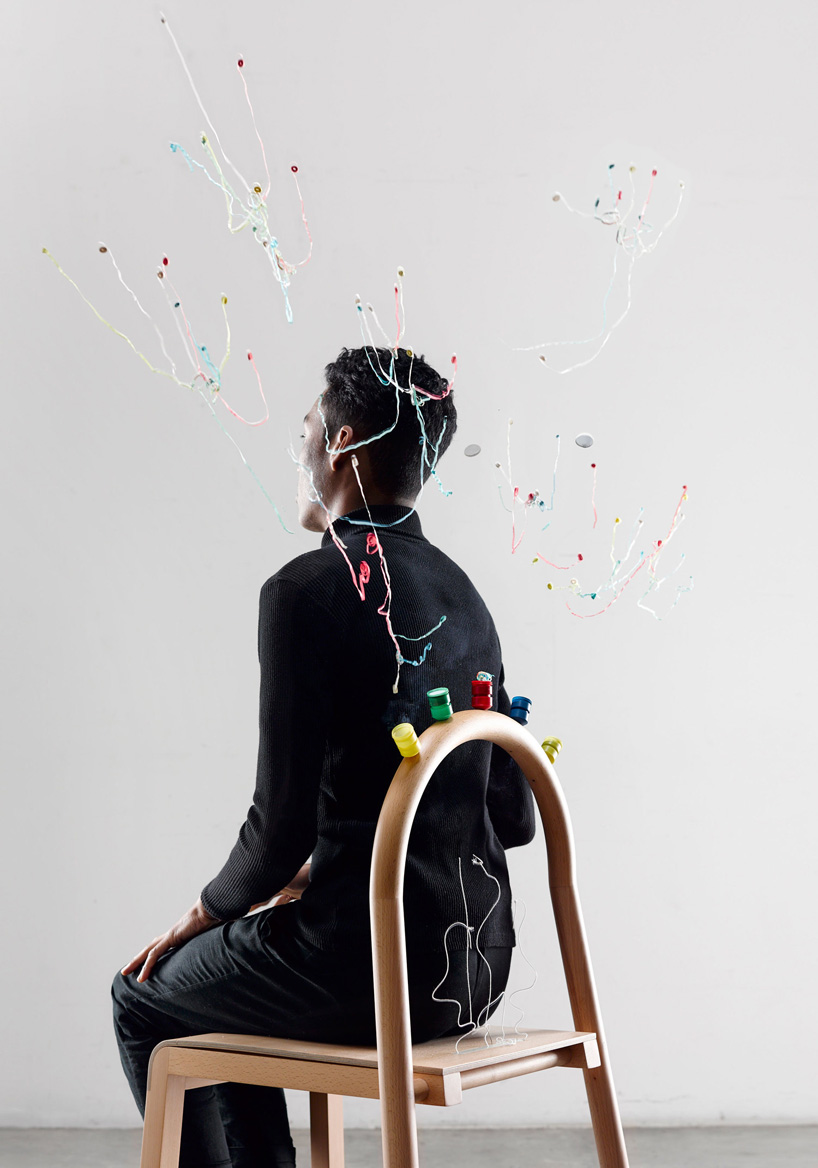 streamers burst from plastic pulleys upon sitting down 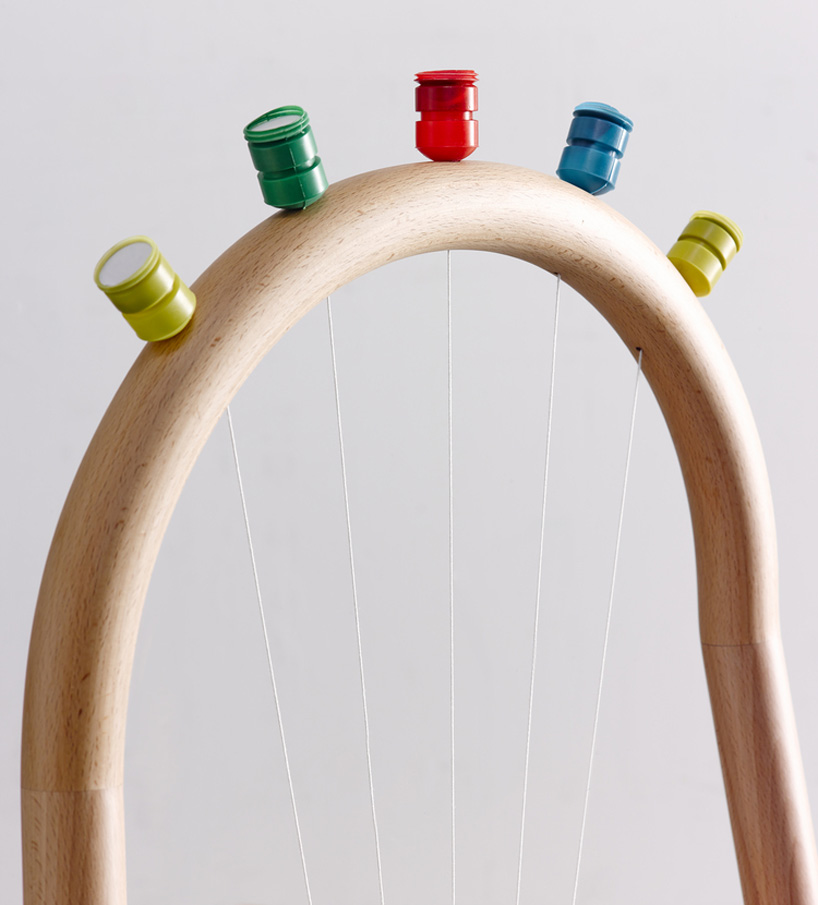 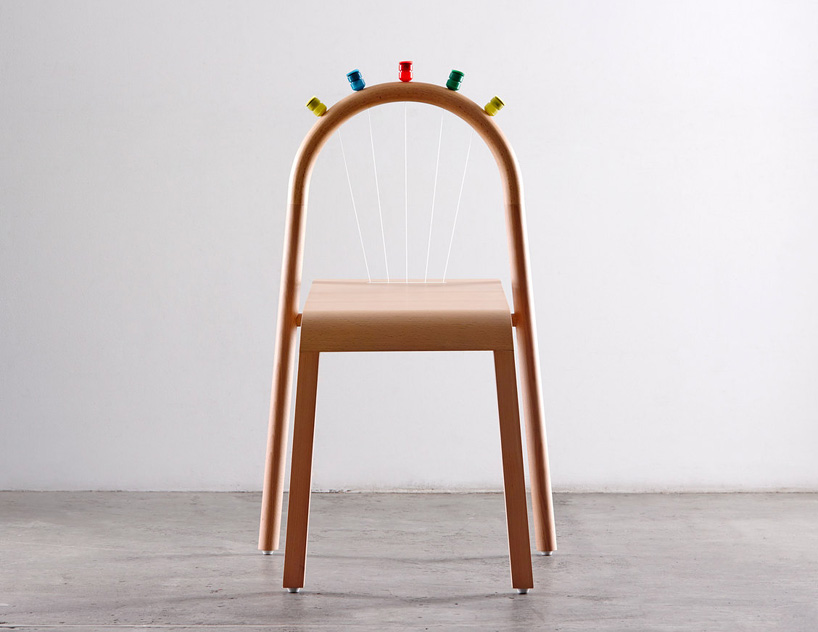 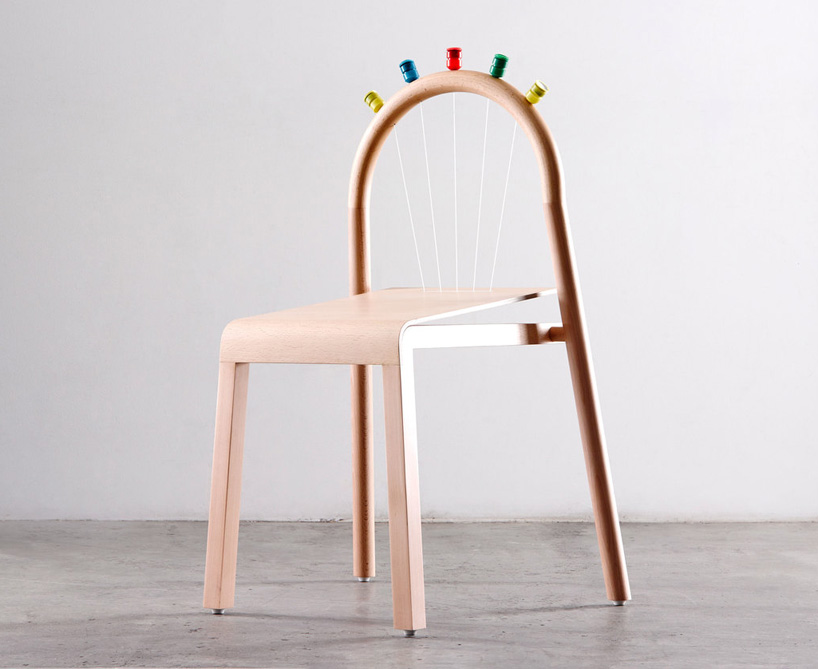 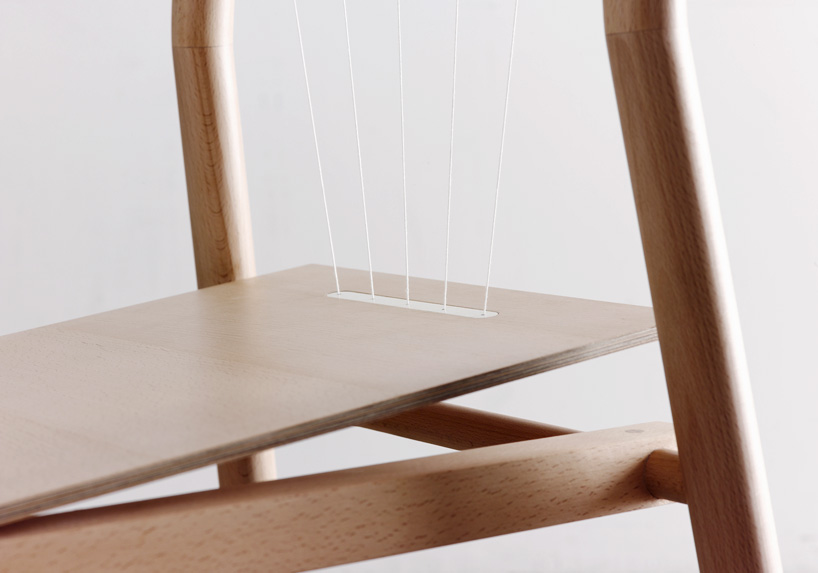 strings are added to a slightly inclined surface, allowing tension to participate in the performative popping 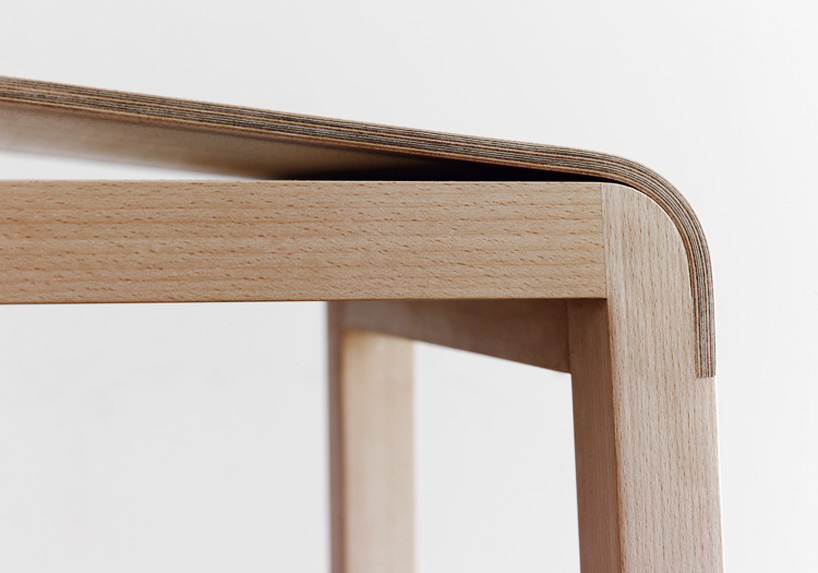 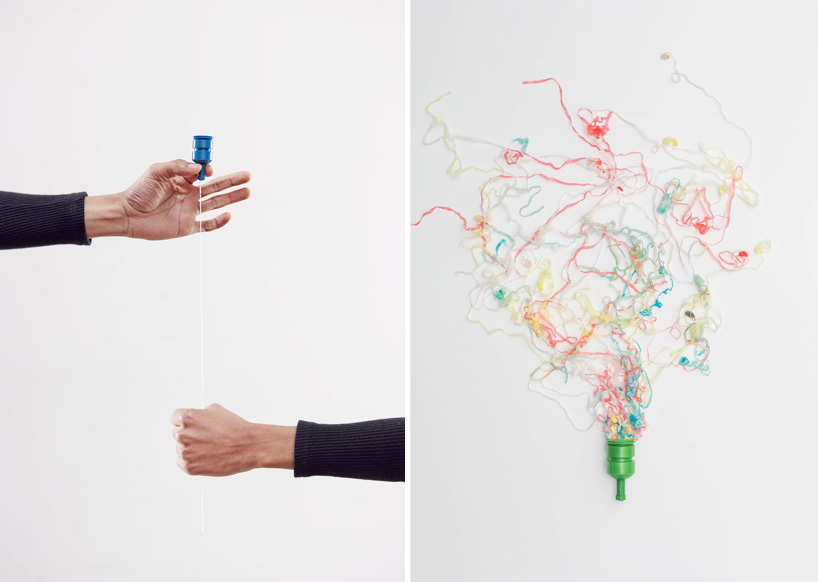 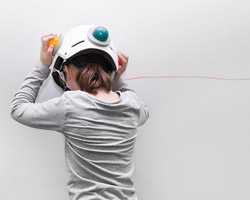 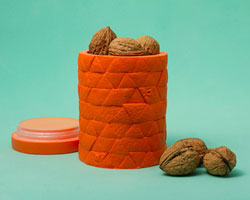