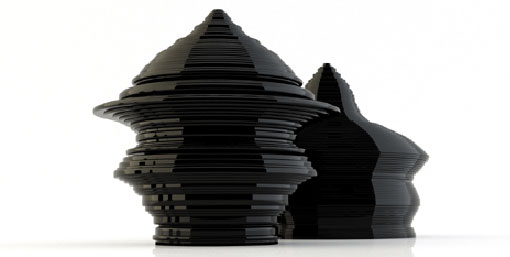 ‘age of the world’ by mathieu lehanneur

the ‘age of the world’ series by mathieu lehanneur are age containers which depict
the populations of france, USA, japan, egypt and russia, moulded in 3d form. statistic charts
and graphs were used to create the set of jars and urns which represent human life. birth is
the base and death is the apex of the terracotta enamel objects, whose contours chnage in phase
with the age rings that translate life expectancy.

‘age of the world’ will be on display at issey miyake paris during fashion week in october 2009. 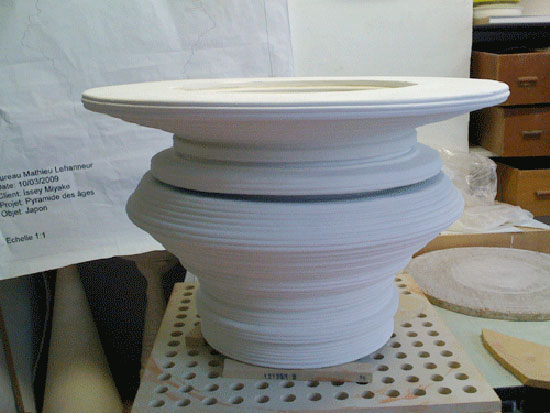 making of ‘age of the world’ containers

made at vallauris by claude aiello. pieces may be commissioned after the show,
with choice of reference year/country left to the buyer. 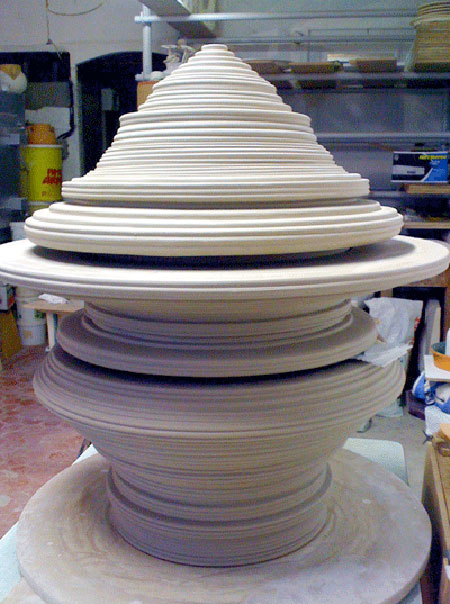 making of ‘age of the world’ containers