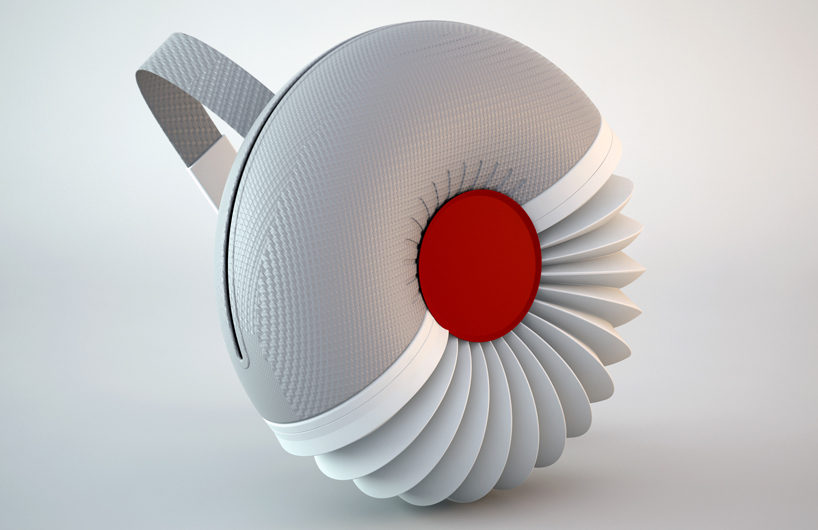 french designer mathieu lehanneur along with harvard professor david edwards
have created ‘pumpkin’, an object that carries water as it conforms to the needs of its
user’s in both domestic and international aid situations.

the project was first developed by lehanneur and julien benayoun in ‘the lab at harvard’ in 2008
and has since seen several international teams come together to realize the proposal including
le laboratoire, labogroup, and artscience prize. lehanneur was invited to finish the design of
‘the pumpkin’ at which time he began collaborating with edwards on the technical aspects
of the water vessel. 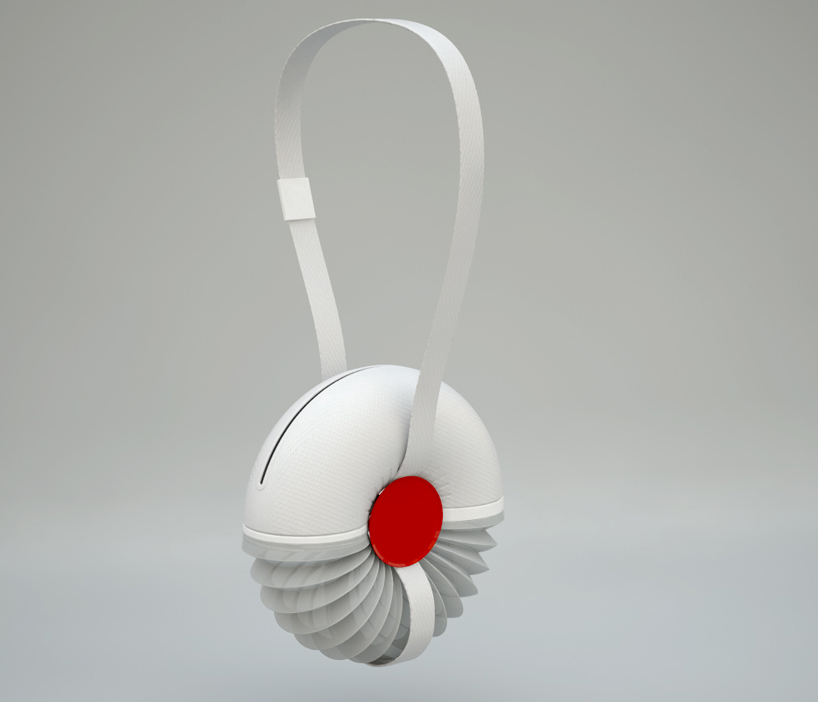 modeled after the biological cell, the container transports water in large or small volumes,
expanding as necessary and filtering it if desired.

the vessel for everyday use is composed of two detachable parts that clip together to serve
as a shoulder bag that holds up to one and a half liters of water while transporting personal items. 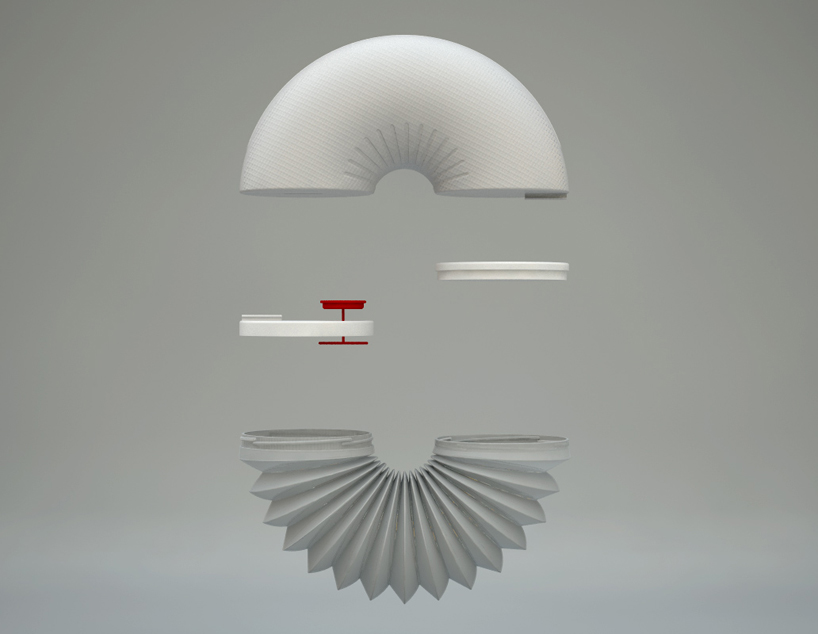 components of the shoulder bag 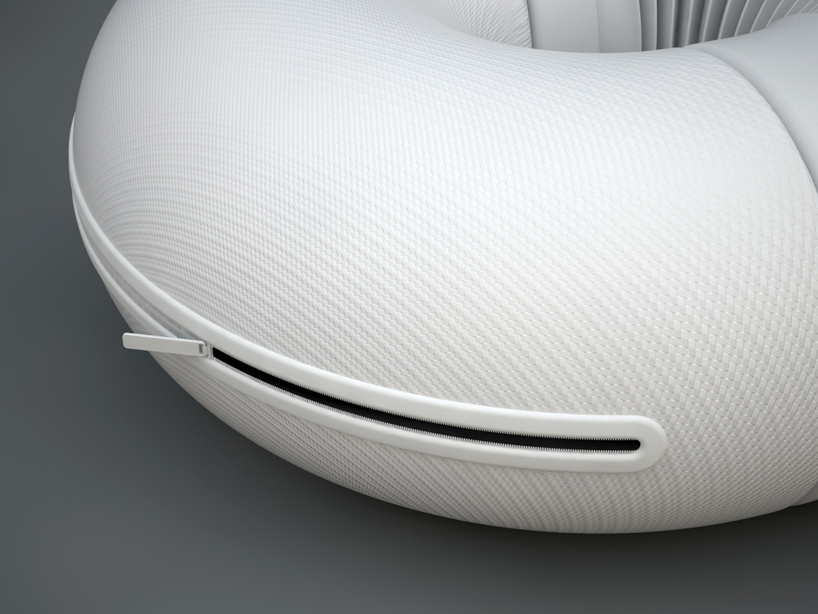 detail of zipper on the shoulder bag 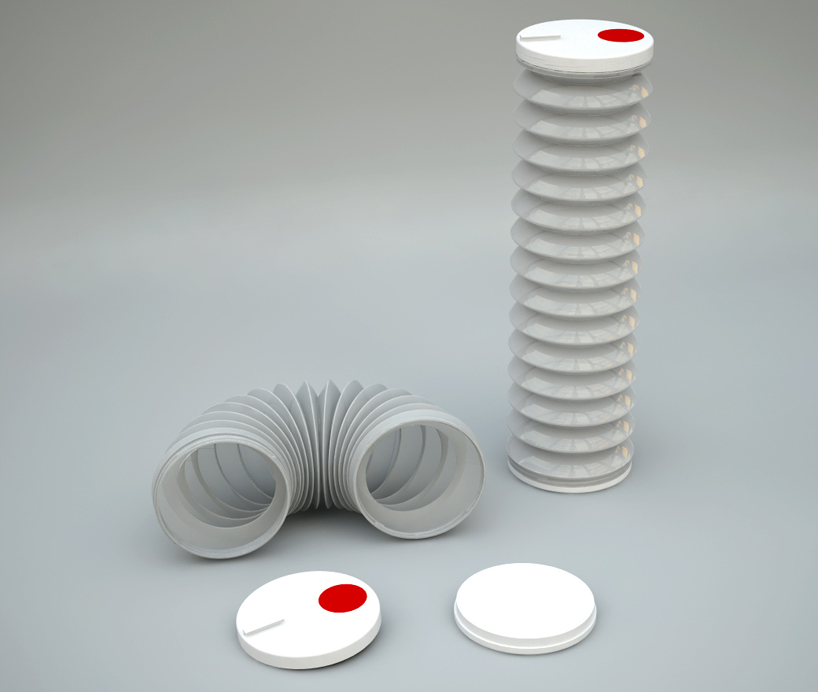 when being used for sport, such as hiking, the object detaches from the bag and connects to other
tubes that can hold between four and eight liters of water, encircling the user’s head or, like a rucksack,
slinging around the back. when requiring large quantities, as in hard work or relief conditions,
the container can hold up to fifteen liters of water around the shoulders and neck or torso. 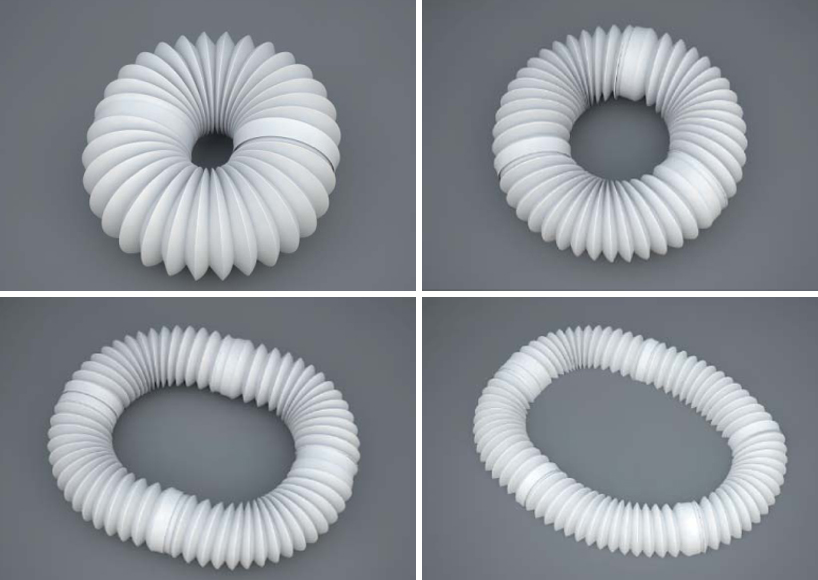 ‘pumpkin’ is part of a three year experiment focused in south africa. an international support group is set to help
local inhabitants imagine new ways of transporting water, influenced by the principles of the water vessel,
but also by local ingenuity and initiative. the container was produced for commercial sale in locations
throughout the developed world in 2010 with profits directed towards the charity.
continual experimentation is aimed at improving access to water in some of the harshest environments
around the world.

the vessel is on show until january 30, 2011 at le laboratoire in paris, france. 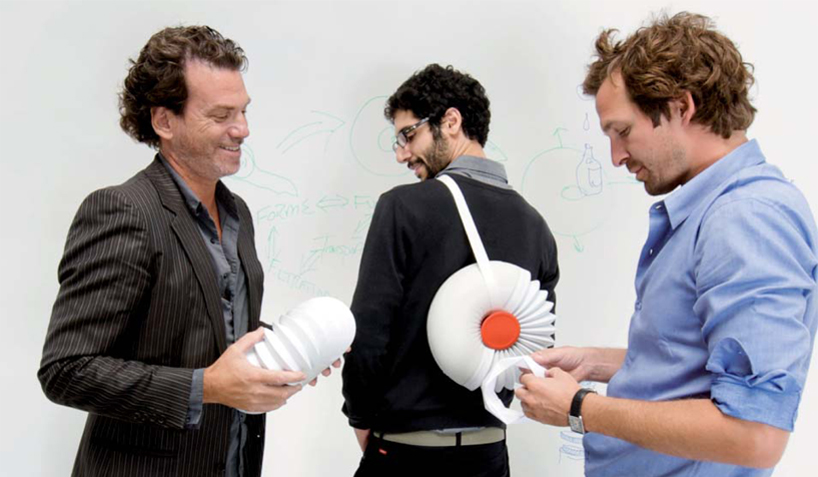 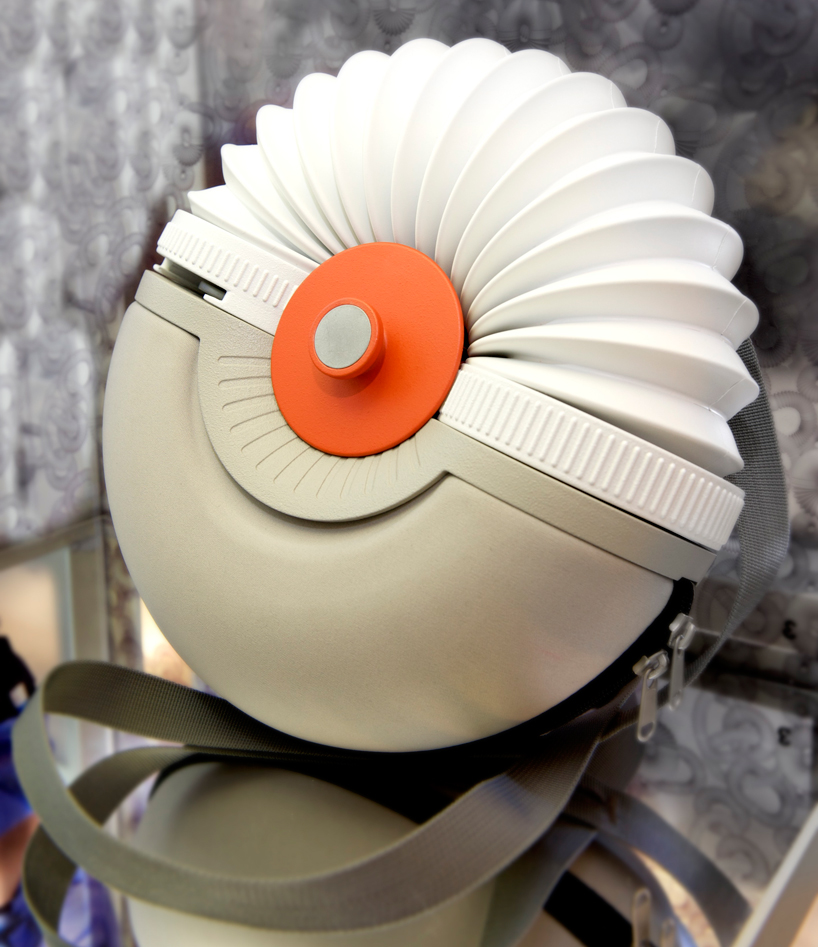 ‘pumpkin’ on display at le laboratoire