the wikibar enterprise, a subsidiary of le laboratoire, works with the conviction of offering good eco-responsible food, while addressing the issue of waste that is a result of packaging. one of the concepts they have developed is a sphere with an edible coating that references the natural make-up of a grape, that has recently been adapted to deliver ice cream–the frozen desserts created in collaboration with ice cream maestro, philippe faure. the product which does not melt in your hand is available at the first wikibar which opens its doors at 4 rue de bouloi in paris’s first district, with mathieu lehanneur having had the responsibility of designing the interior (as well as subsequent wikibars). 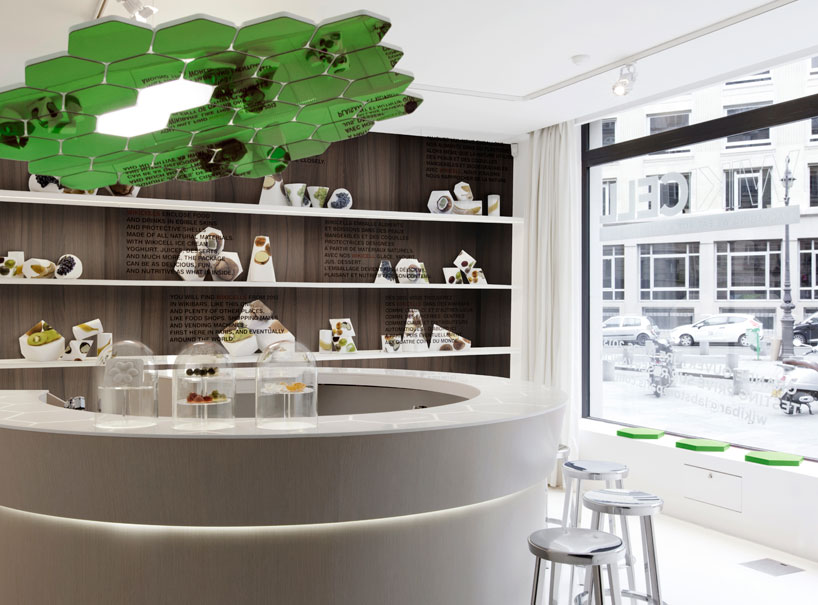 the idea for the decor is centred around a reflective light installation composed of hexagons which hangs above a circular counter–‘a geometrical reference to the molecular structure of wikipearl laminations, a graphic design and a matter of cookery demonstrations for the brand’s concept’. this geometric patterning which speaks of genetic make-up–symbolizing the approximation between science and design–and is continued onto the serving area’s work surface, as well as in the blackboard signage which displays the items available for purchase.  the minimalist aesthetic sees walls covered in a wood veneer to emphasize ideas of the naturally made edibles on hand. the space of this premier shop is intimate, with a few posts around the bar, and a small bench seating area along the storefront window. 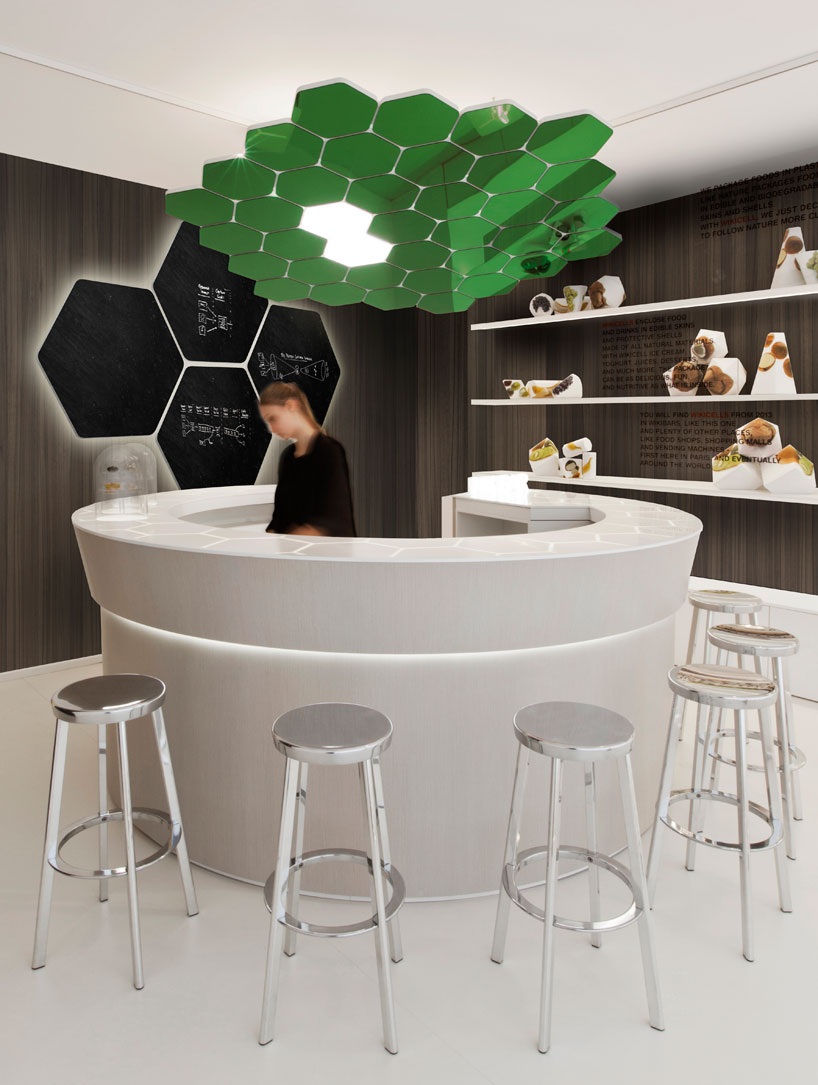 the decision to invite lehanneur to formulate the thematic design for wikibar’s interiors was a logical one, as the french create has regularly worked with le laboratorie since ‘andrea’–an air purification system through plants–their first project together. 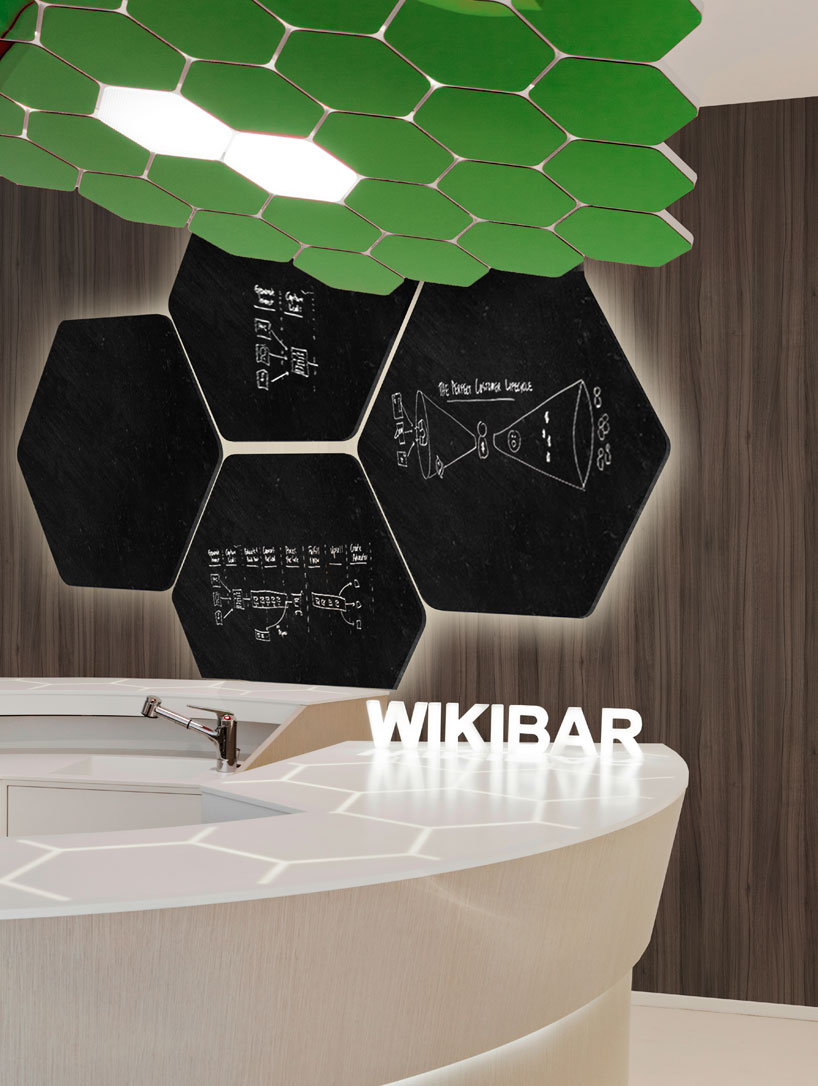 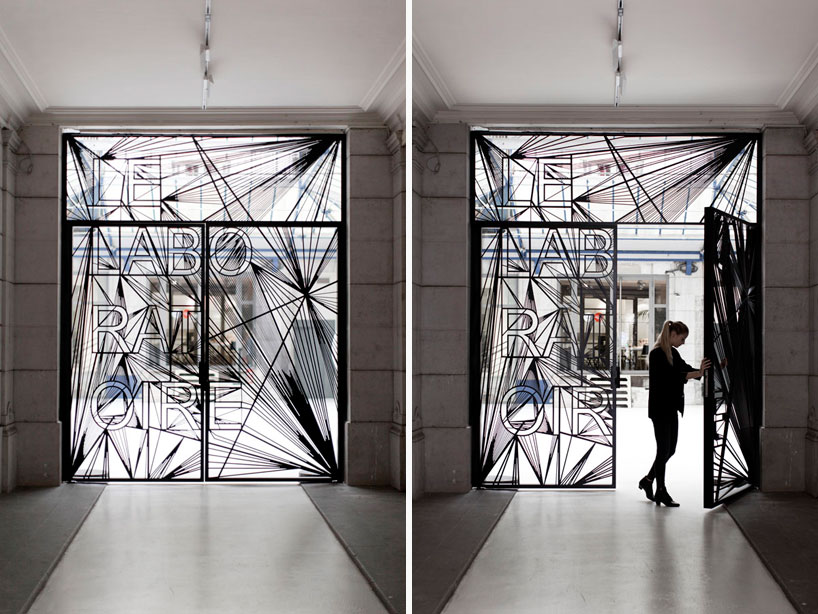 in addition, lehanneur has also realized the entrance gate of le laboratoire’s cross-disciplinary venue which features a burst of metal that uses the graphic identity of their forward thinking to assert their status as a permanent junction between science, art, technology and economy. 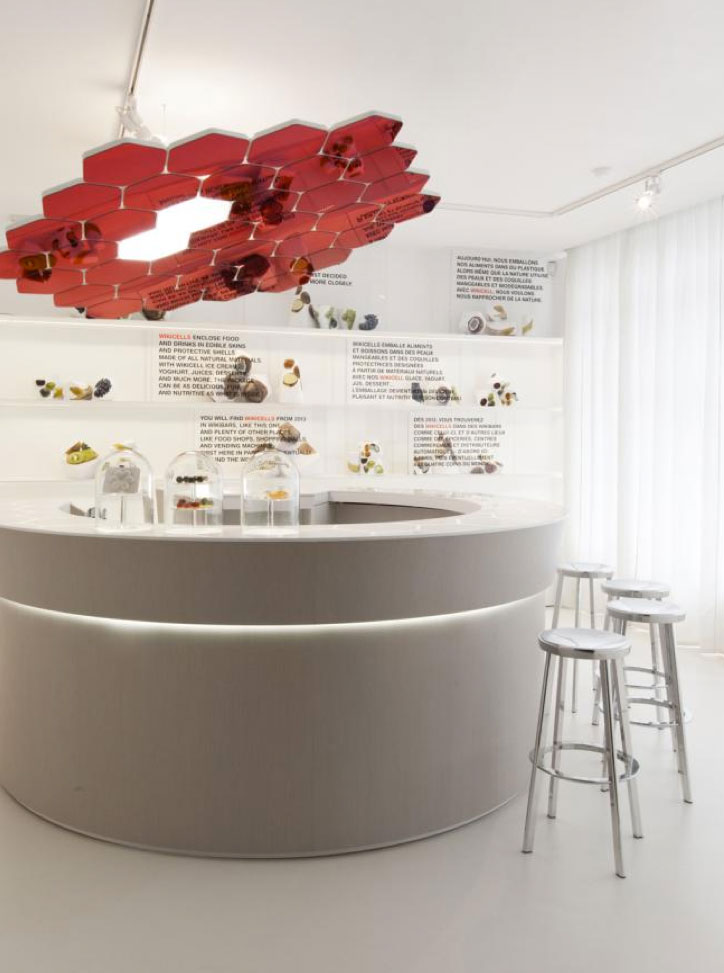 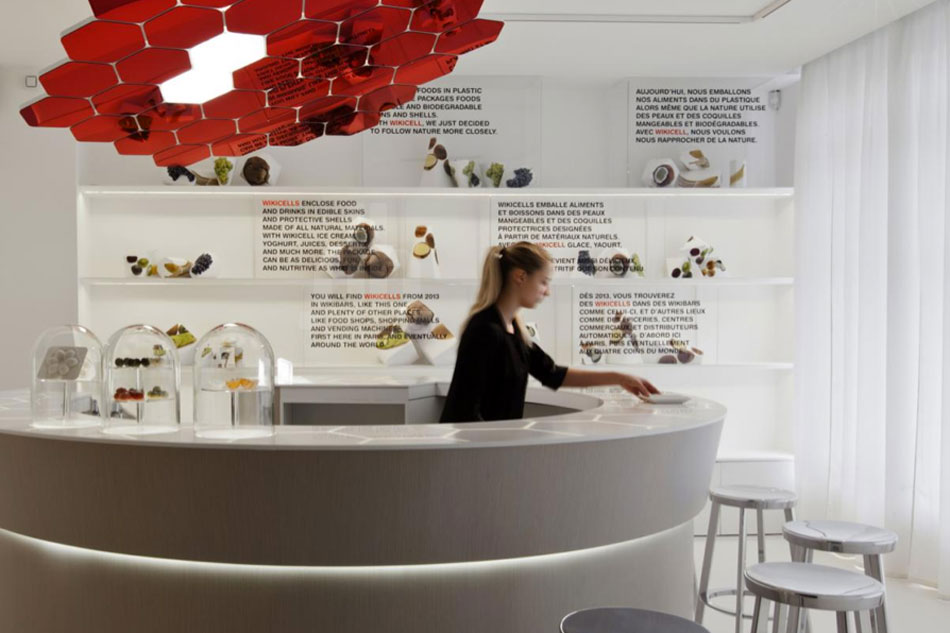 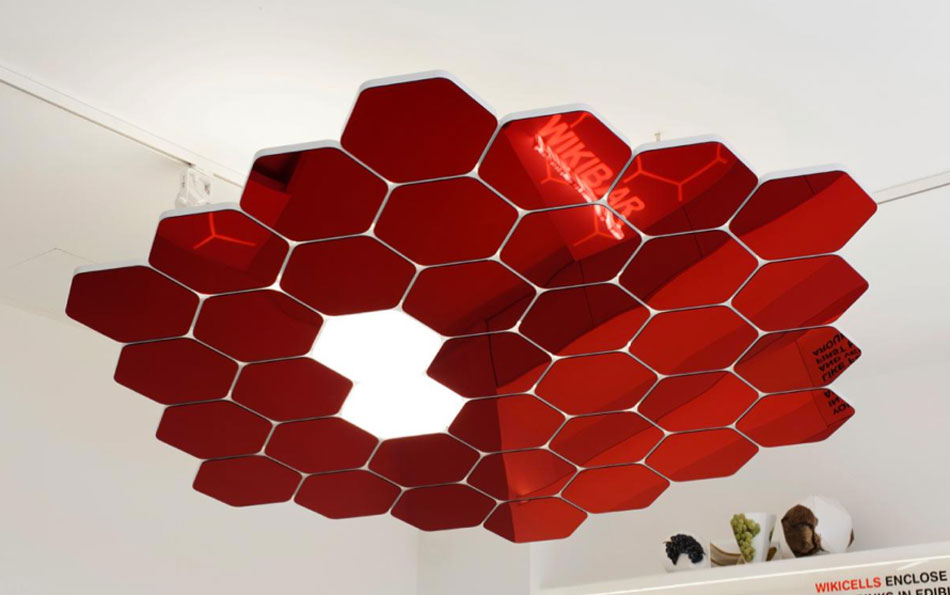 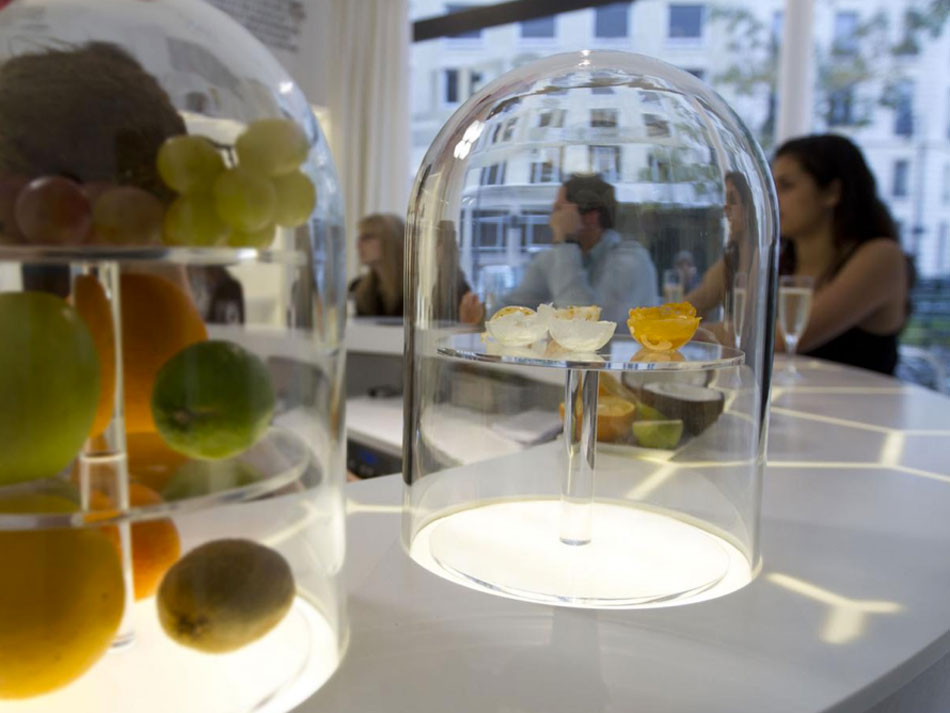 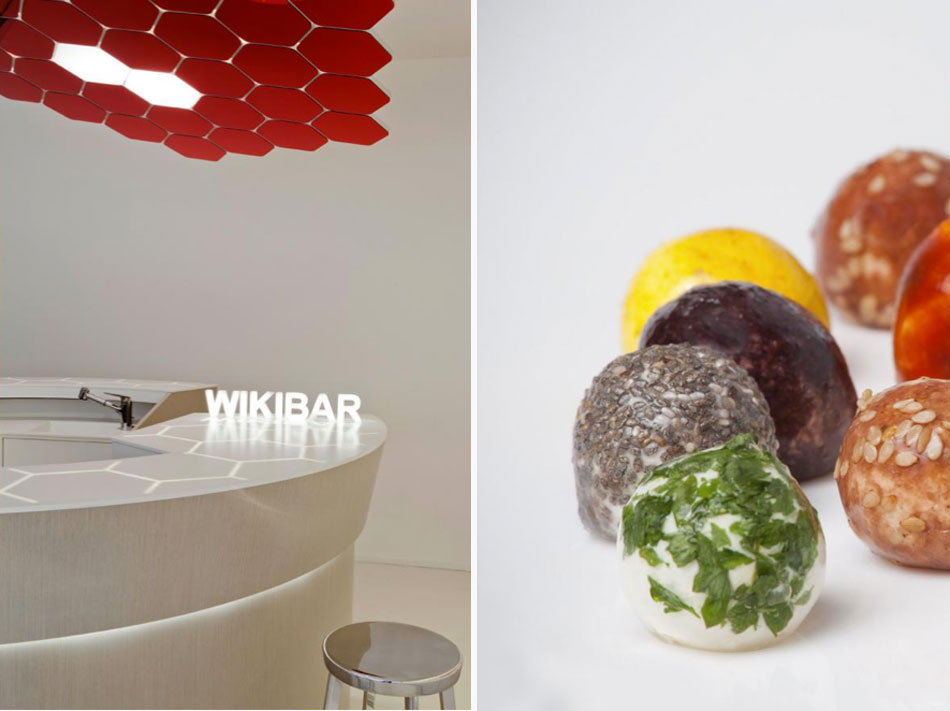 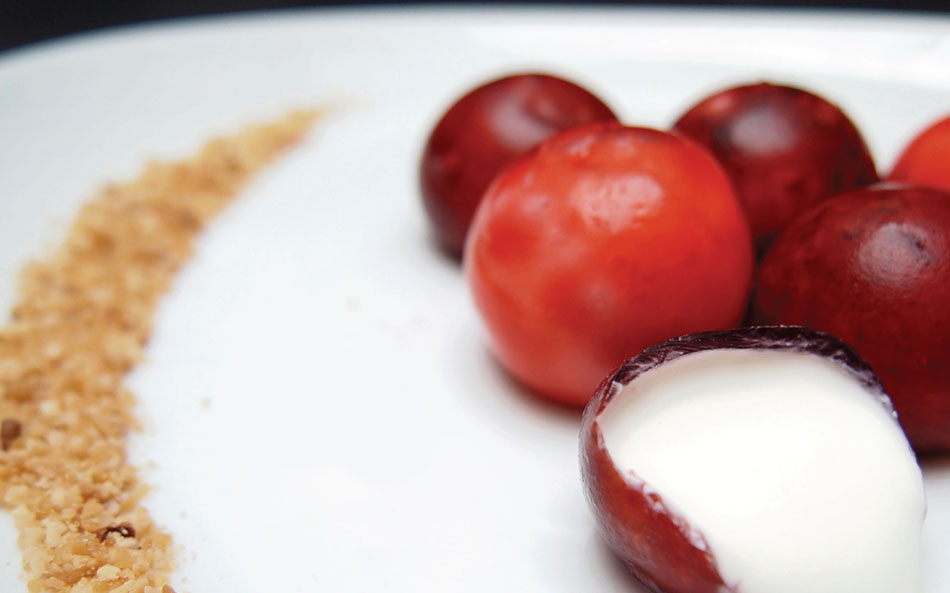 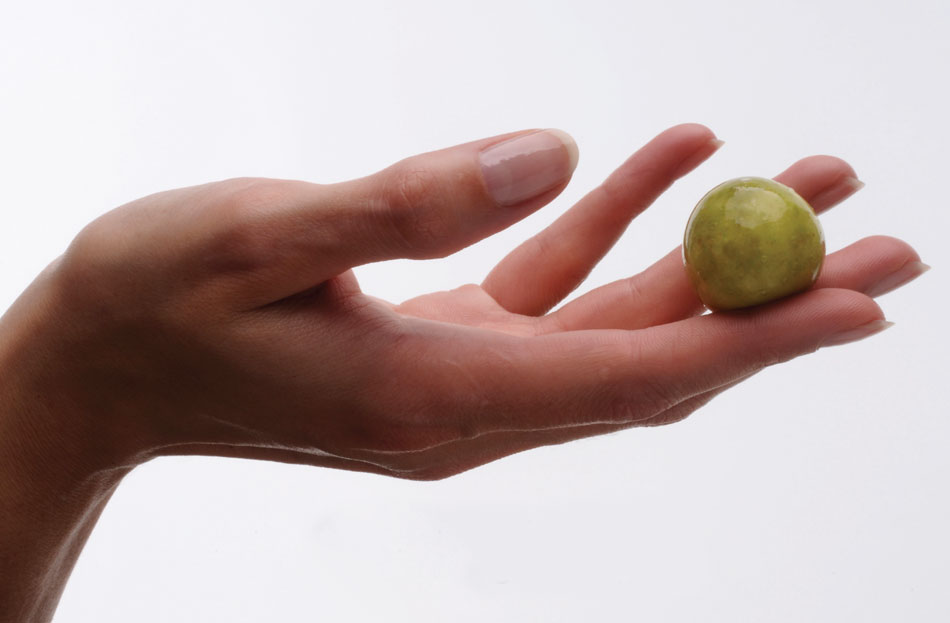