french designer mathieu lehanneur takes over carpenters workshop gallery during london design festival, with an individual exhibition called ‘spring’ where he presents his latest works—driven by the idea of visually erasing the line between solid, liquid and gaseous. following his ‘liquid marble installation’, lehanneur has taken this technique and applied it to furniture–in this case, tables.

‘there is always a kind of disappointment when the material becomes fossilized in its natural state. the bright and bubbling lava crystallizes into black pebbles, the incandescent glass paste neutralizes and cools off… I tried to revive the matter and make it walk the opposite way. towards a return to life…’  comments the designer on his approach to materials and design. 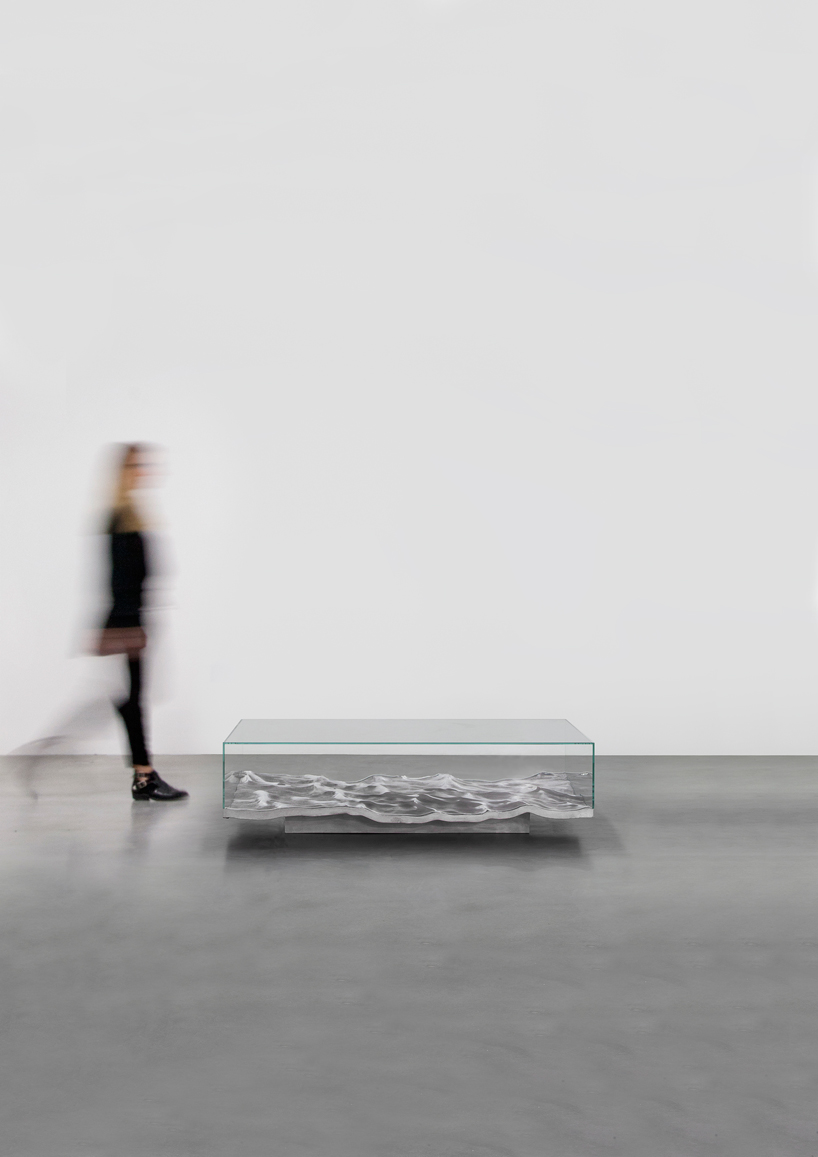 for the ‘liquid aluminium’ and ‘liquid marble’ tables, mathieu lehanneur used a 3D special effects software created for the film industry. each table is comprised of a single piece of hand-polished marble and aluminium that produces a surreal effect, appearing as if they had been frozen in time, in their liquid state. the wave-like result also adds movement to a still material resulting in a fossilized moment that only cameras can capture. the pieces are accompanied by a glass that acts as a transparent skin protecting the object’s soul. 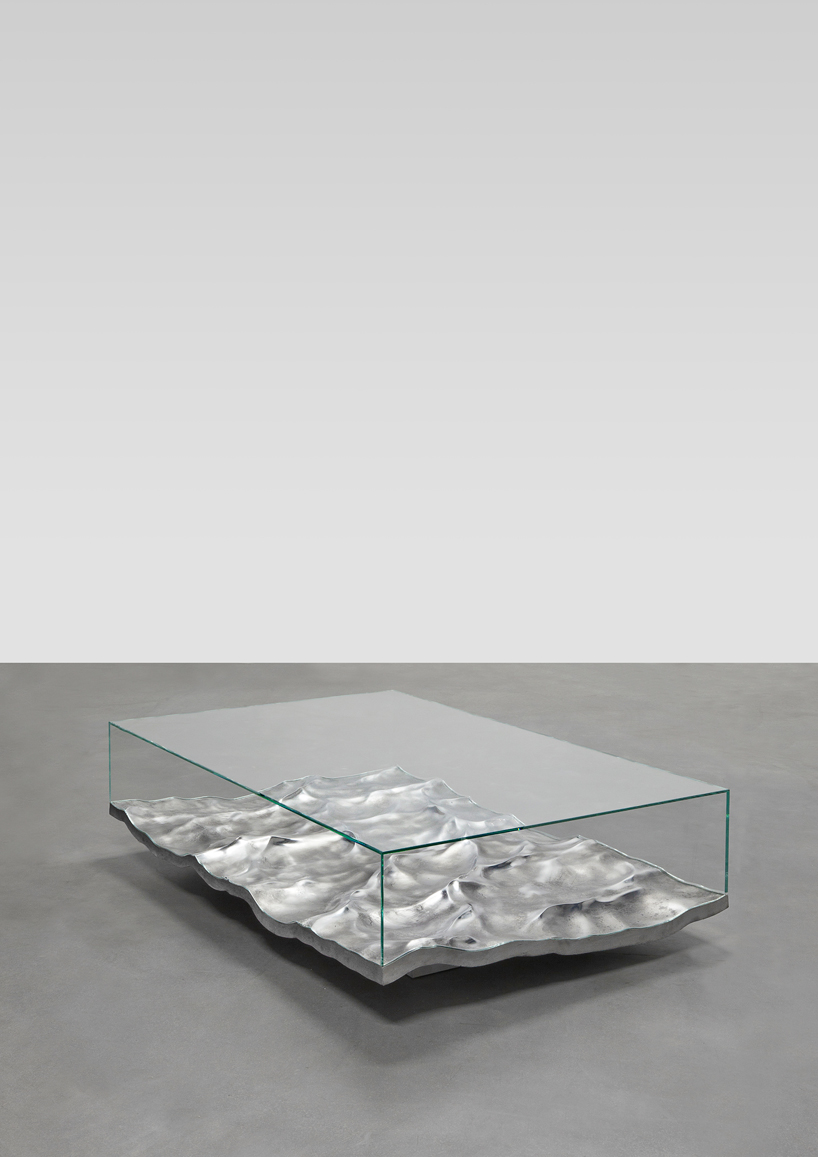 ‘a piece becomes beautiful when we do not need to question the innovation. I also like to say that they are the works of their time and that they could not have been created before today, due to the technologies or of the available processes.’ – mathieu lehanneur 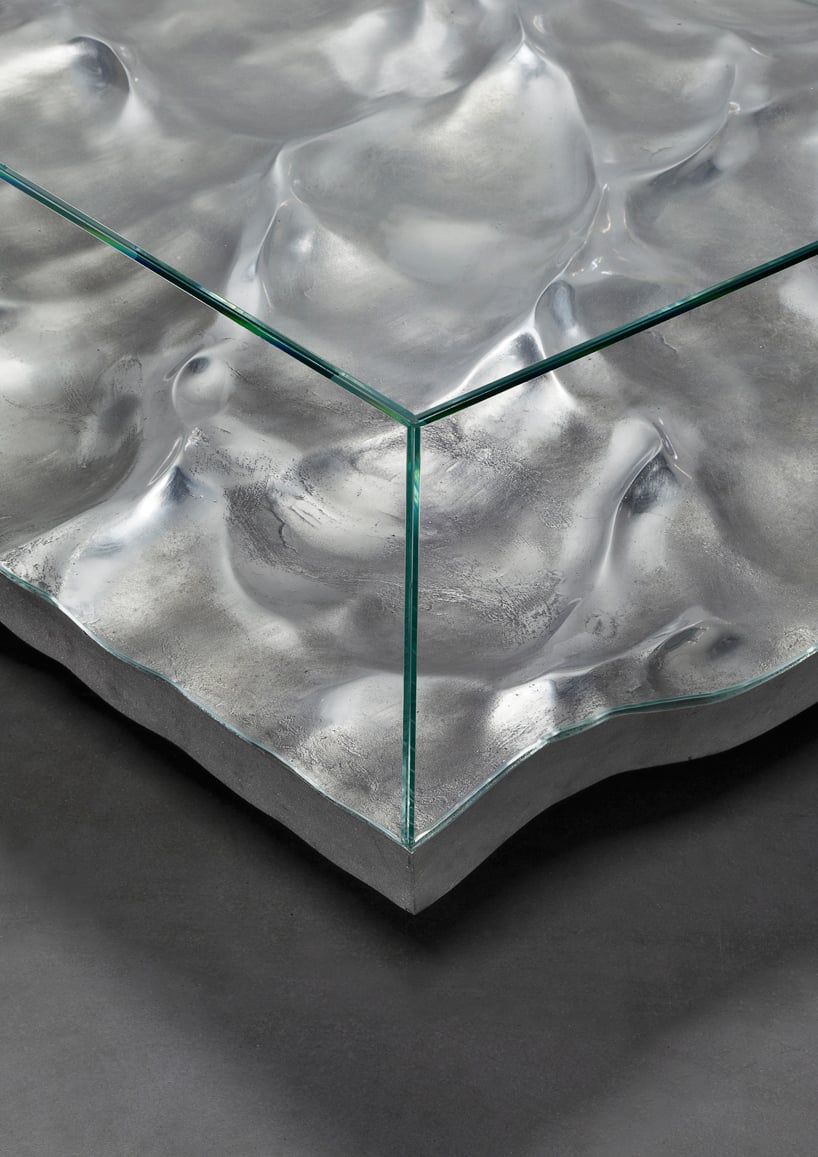 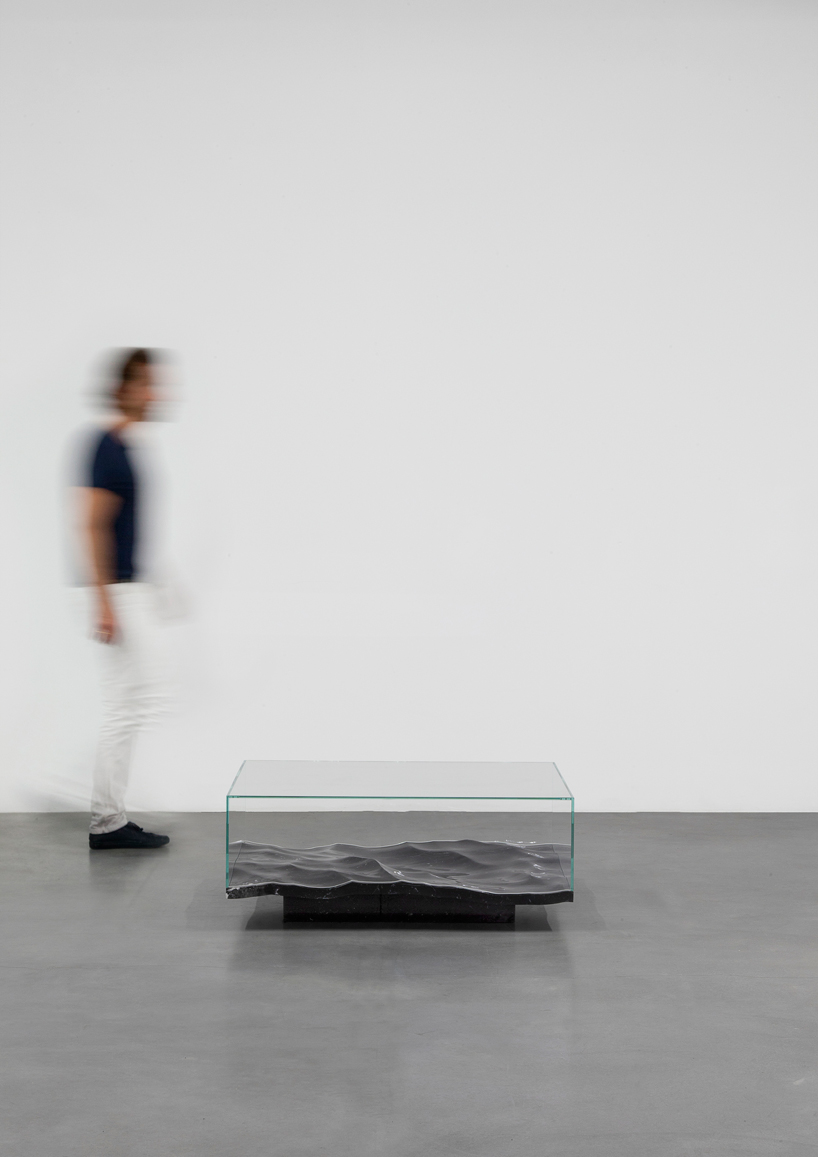 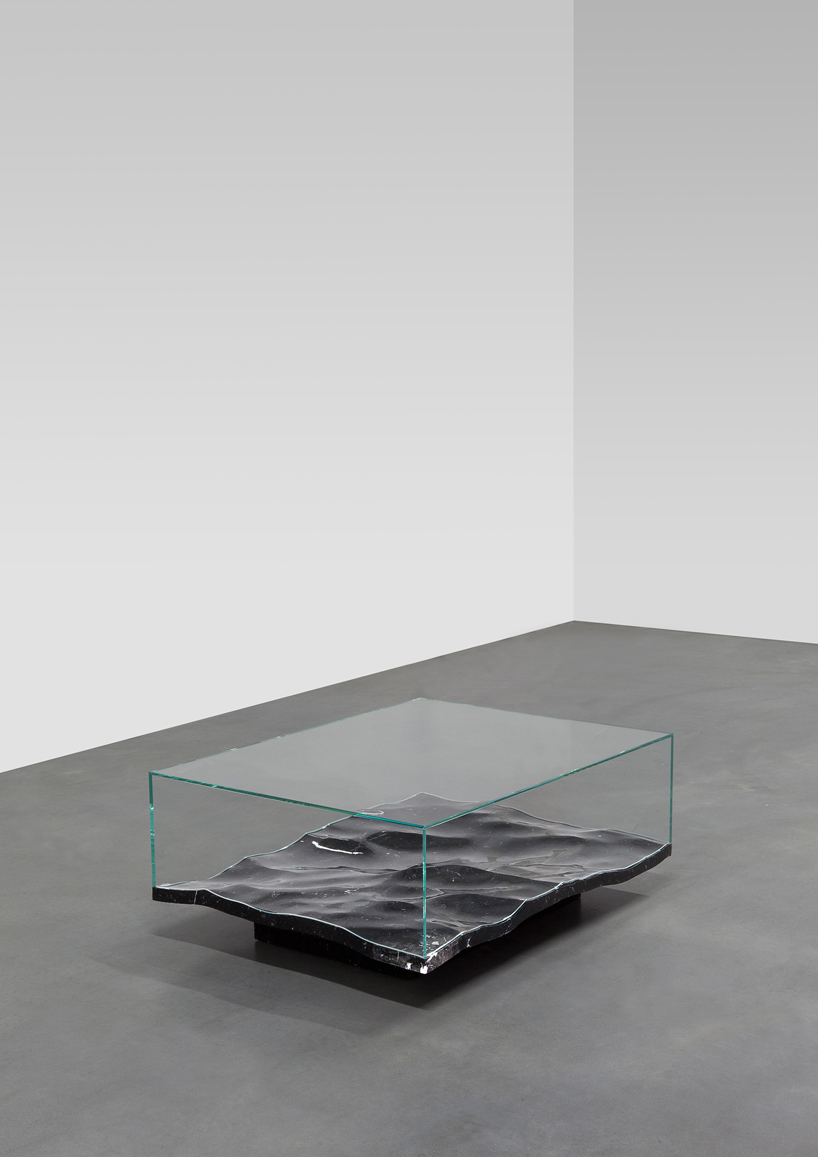 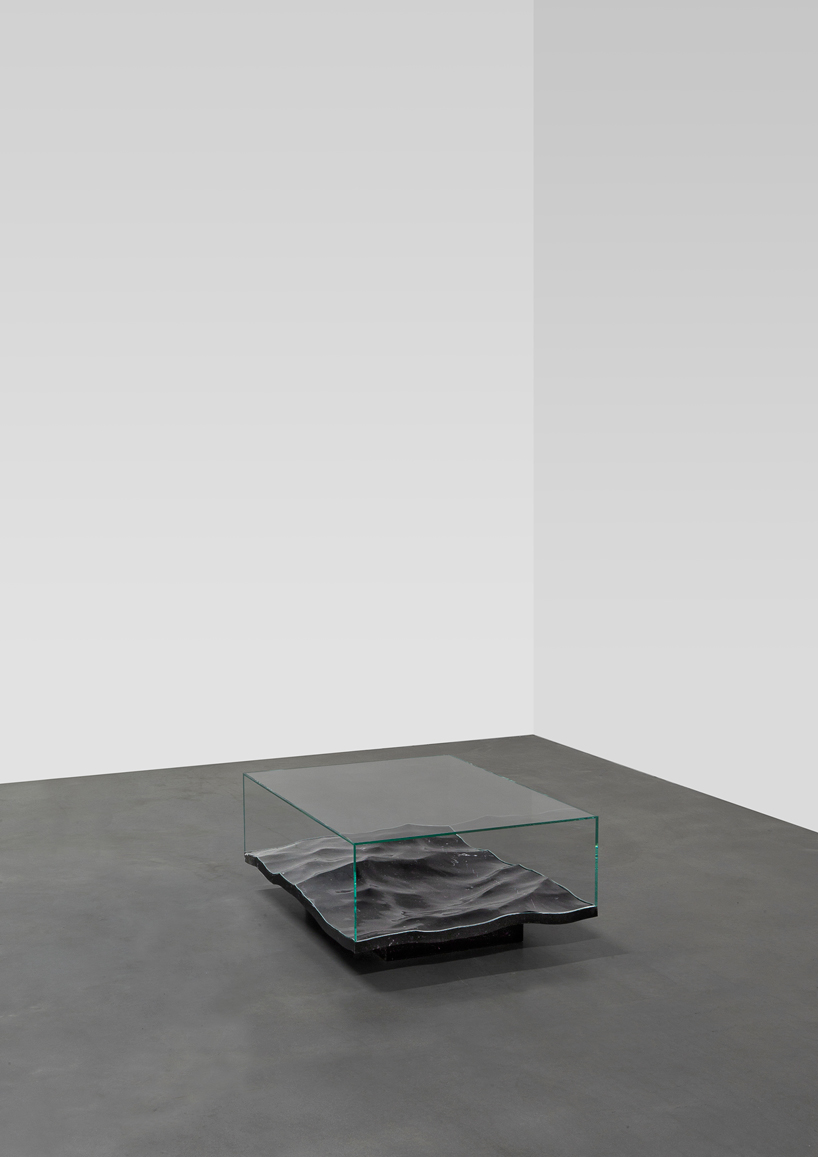