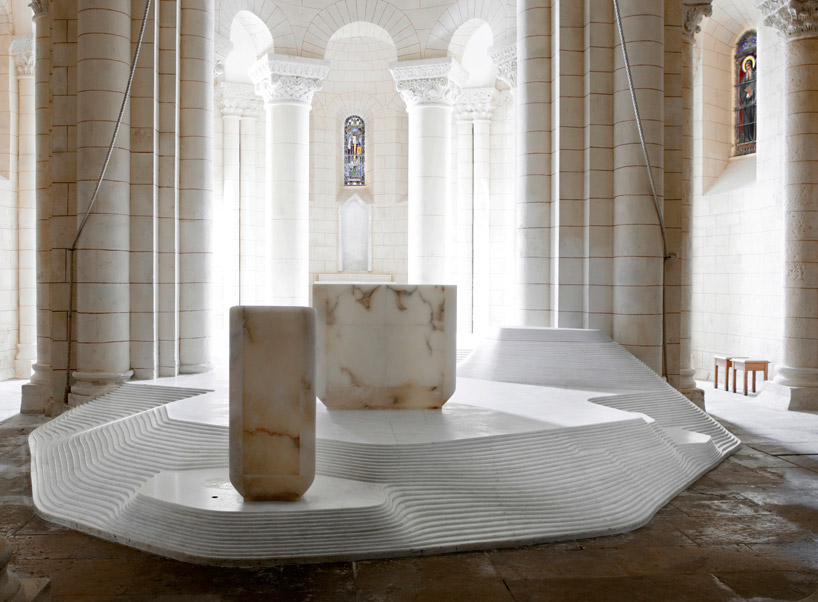 french designer mathieu lehanneur has completed his conversion of the choir at st hilaire church in melle france.
organic and mineral in its appearance, the design references a sedimentary formation in the basement of the church
and a presence which lehanneur imagines would have existed on the original site of the romanesque church.

designer mathieu lehanneur states,
‘reflecting the extreme care paid to the telluric energy of stones and territories in
the building of romanesque churches, this place of worship would have been built on this specific area for the
discernible energy that emanates from it’ 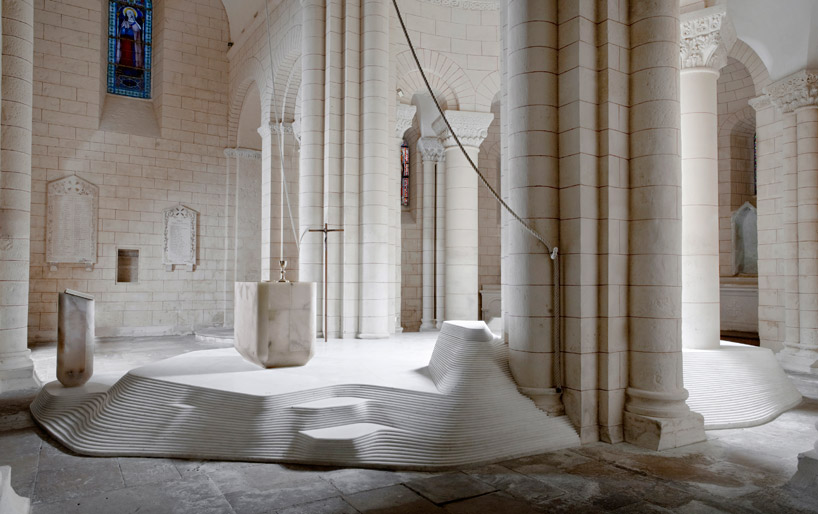 homogeneous but bold, the new platform of white marble creates a strong visual environment that both contrasts
and respects the existing romanesque aesthetic. a baptistry hollowed out from the center of the plinth further emphasizes
the convergence of nature and structure, with water that appears to be flowing from a river which runs below the church. 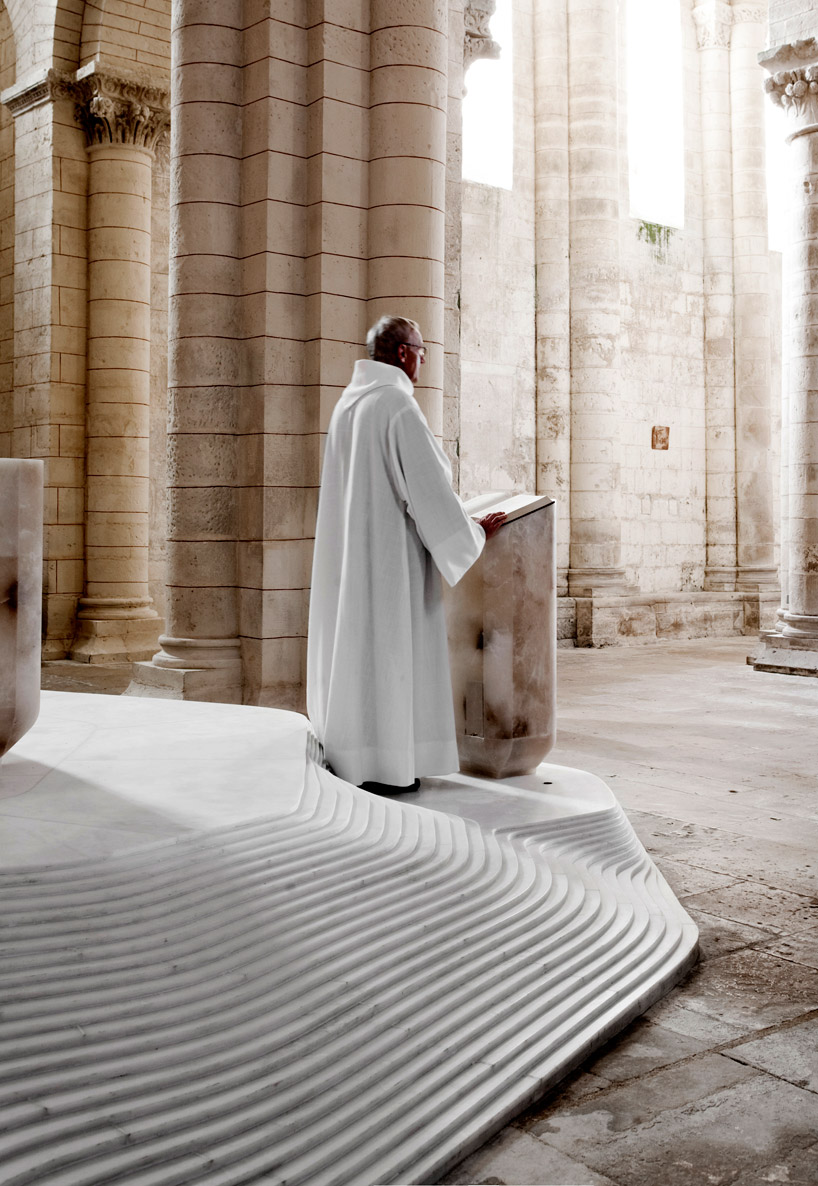 equally paradoxical and distinguishable, the design uses the site typology to project and accentuate the sensation of
hierarchy and progressive discovery. manipulated and concrete in its approach, the low and contoured structure guides
worshipers throughout the church, revealing itself slowly as visitors descend. 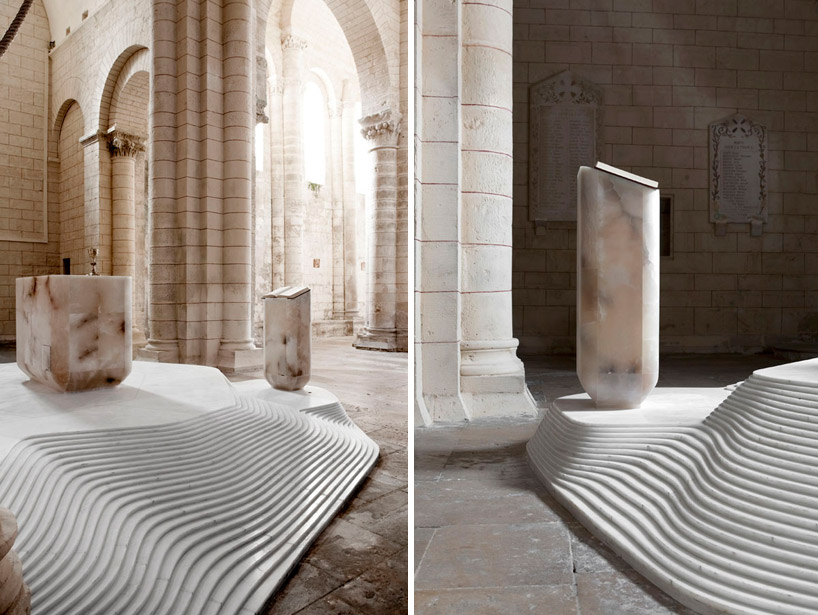 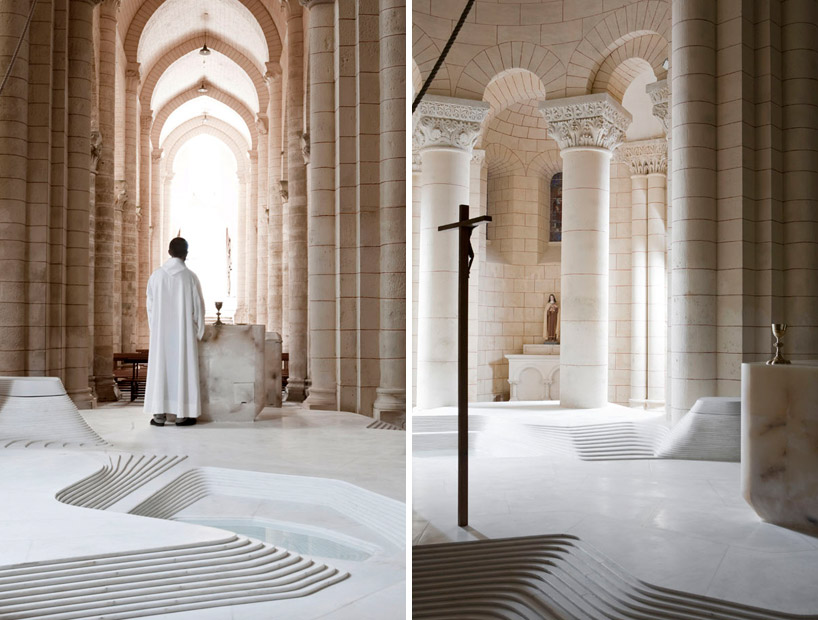 ‘mineral formations’ snake around columns and the baptistry 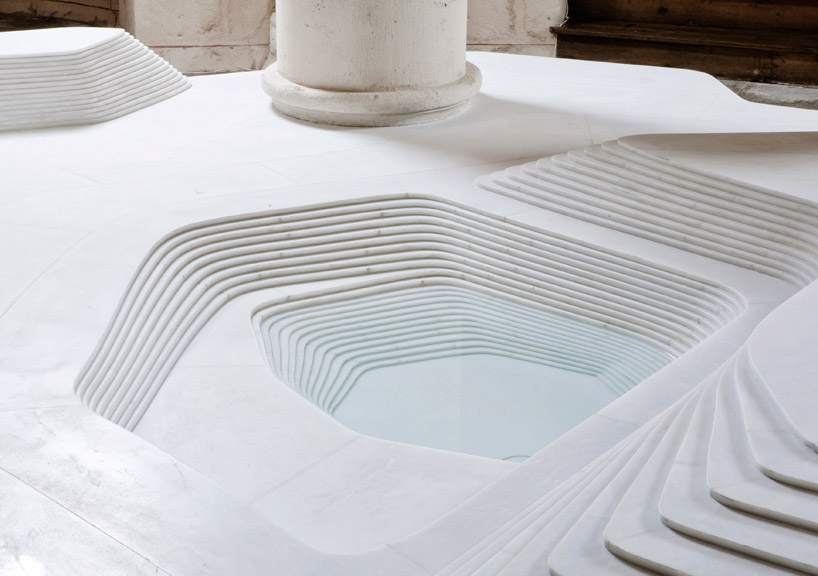