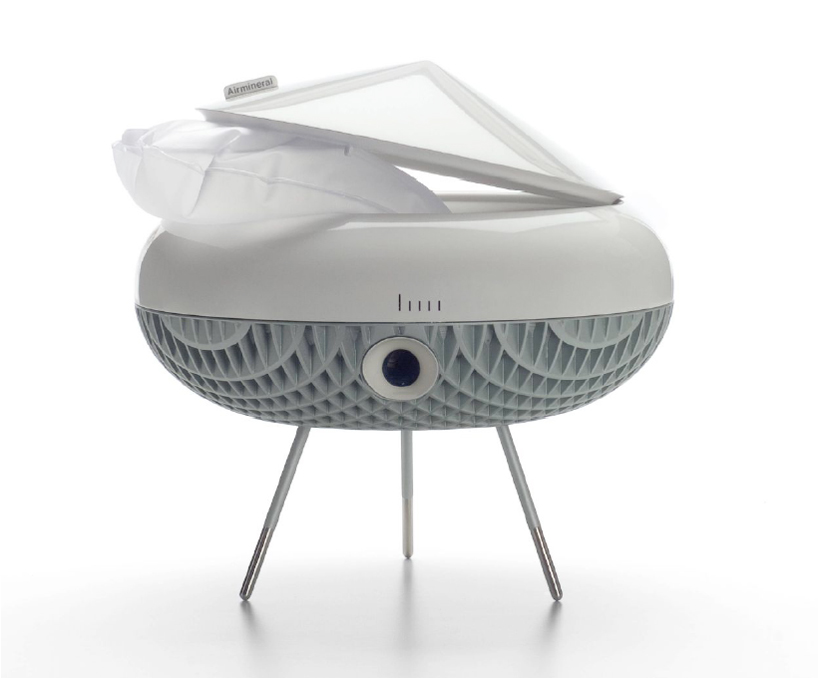 french designer mathieu lehanneur has created ‘the island’ air purifier for airmineral. the patented process
sprays filtered sea water into the air. the plasma, known as ‘quinton’, is a serum that has been
used for its health benefits for centuries, however, this is the first time it is being administered in this manner.
due to the size of the micro-particles, they remain suspended in the atmosphere for several hours,
allowing the essential minerals to be absorbed into the respiratory system and mucous membranes.
the benefits include hydration, antioxidants and strengthening of the immune system.

the micro-mineral is based on the works of biologist rené quinton (1897) who found similarities between
salt water and blood plasma. he derived a solution, which, until this apparatus, was only drinkable
and injectable.

the water’s active agents are naturally preserved through a cold sterilization process. the container has
the capacity to hold one liter of the liquid, lasting one month in a 50 square meter (540 square feet) space.
the device makes the benefits of the marine climate transportable due to its small size and light weight. 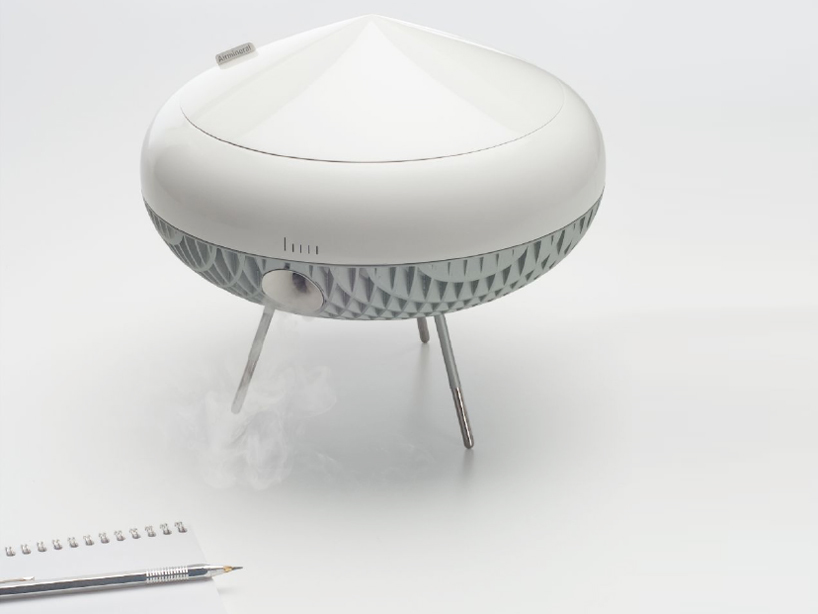 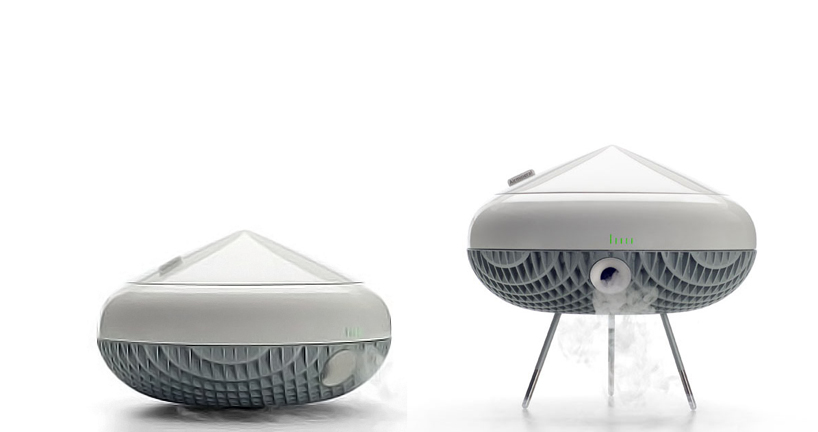 available both on legs and without