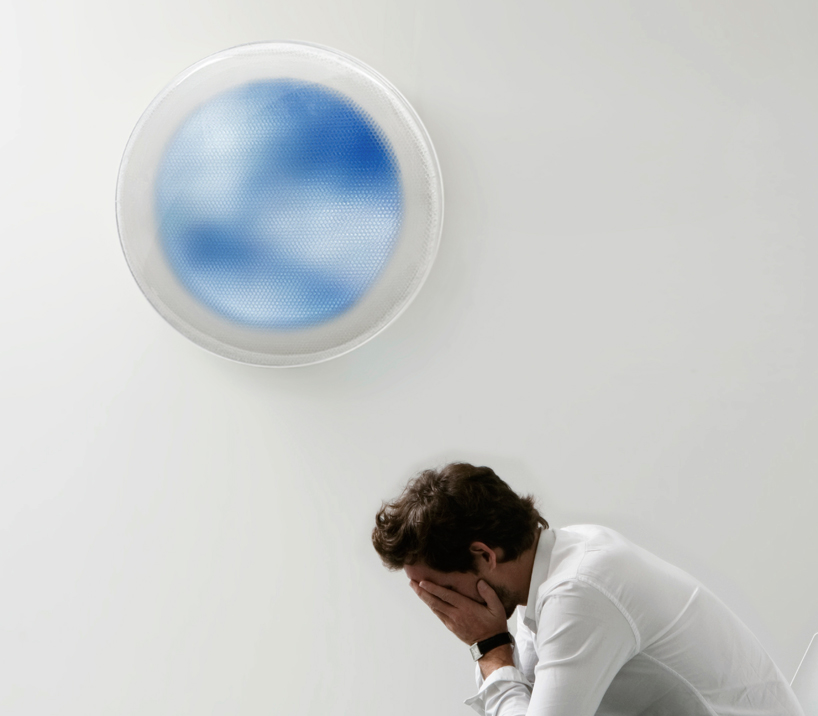 ‘tomorrow is another day’ by mathieu lehanneur for diaconesses hospital

developed for intended use within the palliative care unit of the diaconesses / croix-saint-simon hospital,
‘tomorrow is another day’ is a weather station video created by french designer mathieu lehanneur.

drawing on the inevitable death of the patients in the ward, the device projects a clear image of the weather that is to come the following day,
offering them the opportunity to be in a way, ‘a day ahead of real time itself’. through the design, lehanneur allows one to consider the permanence
and impermanence of things, uncertainty and spirituality, eluding to our predetermined course of time. the images which the unit emits are generated
via a compilation of meteorological data gathered in real-time from the internet – changing it into a digital animation identical to the predicted sky –
offering insight into the the next day’s forecast. atmospheric and impressionistic, these are visualized through a network of honeycomb structures,
appearing like a celestial, sculptural globe as a whole. ‘tomorrow is another day’ can be programmed to produce a parisian sky,
but the parameters are easily changed to adapt to any geographical location combining aspects of the medical, emotional and spiritual into a single object. 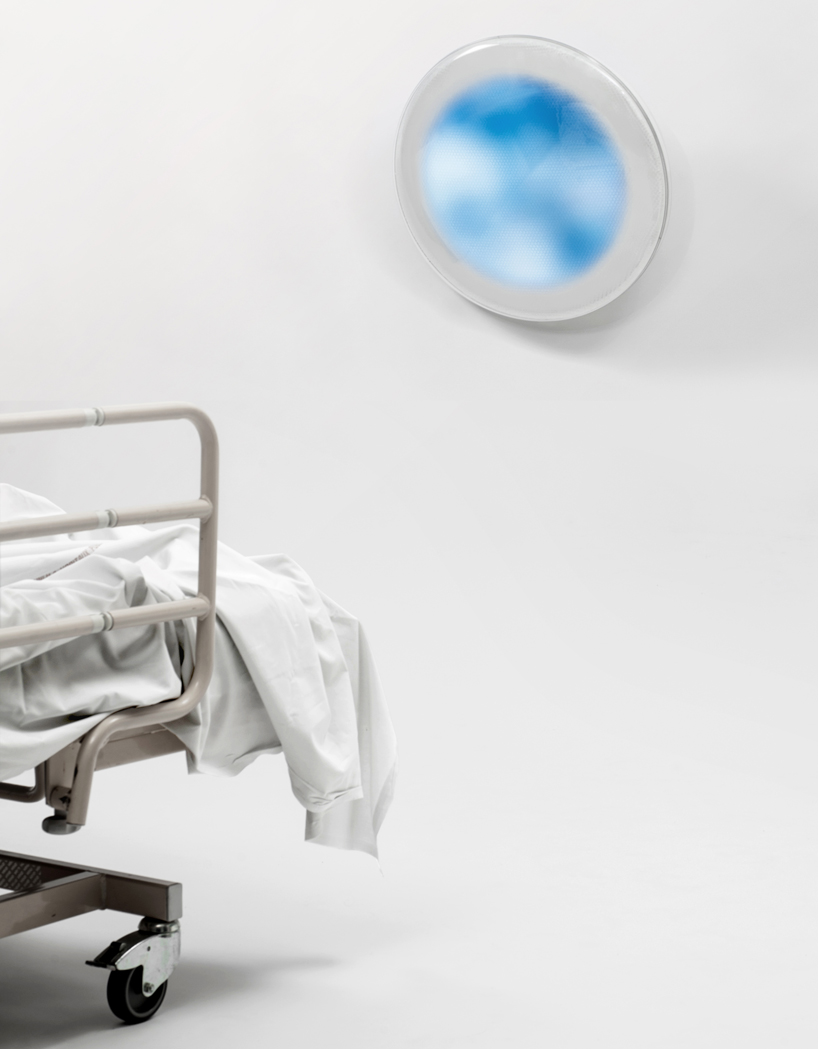 ‘I thought about how to enable a discussion to be kick-started between the patient, the family and the medical profession in a context
where it is difficult to talk about projects or the future. very simply about what builds a conversation between two people. in a certain way,
the idea was to talk about the current weather conditions to circumvent the question of the time remaining.’ as if this rather banal discussion
about tomorrow’s weather was becoming a true existential dilemma. ‘I also liked being a step ahead of death itself: perhaps I will not be there tomorrow,
but I know what tomorrow will look like!‘ – mathieu lehanneur 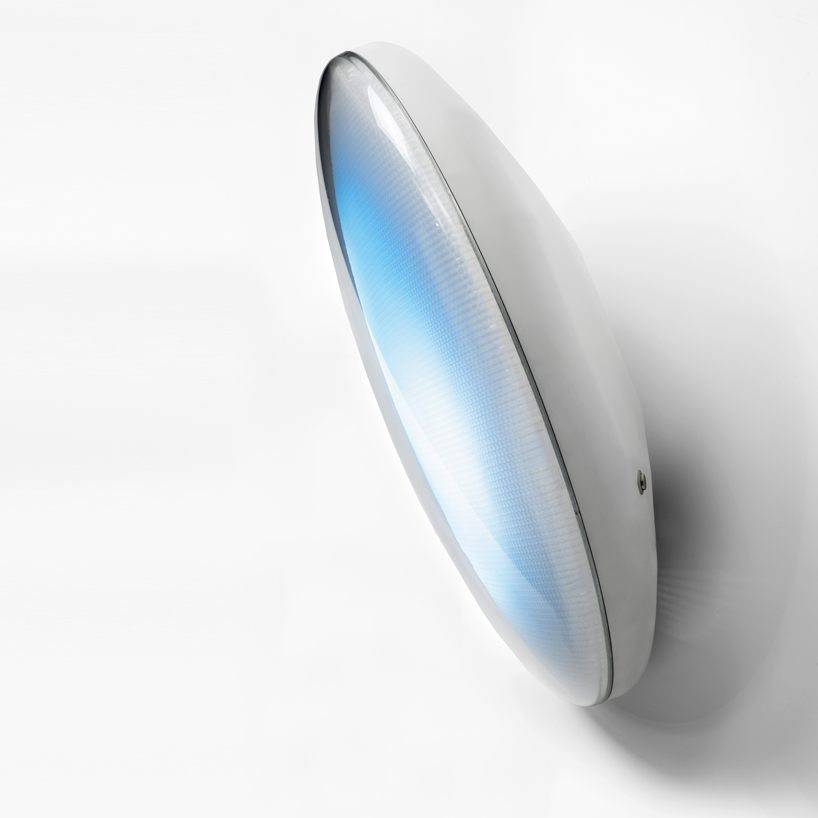 ‘tomorrow is another day’ has been realized as part of the nouveaux commaditaires projects supported by the fondation de france,
an initiative which enables any group of individuals which expresses a desire and justifies the need to commission a project of artistic value
from a creator (artist, designer, architects) with an aim of general interest. 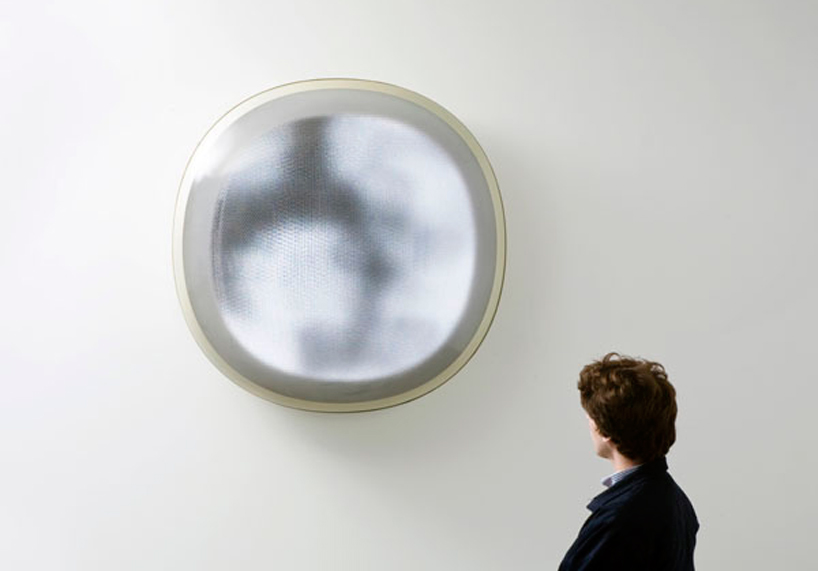 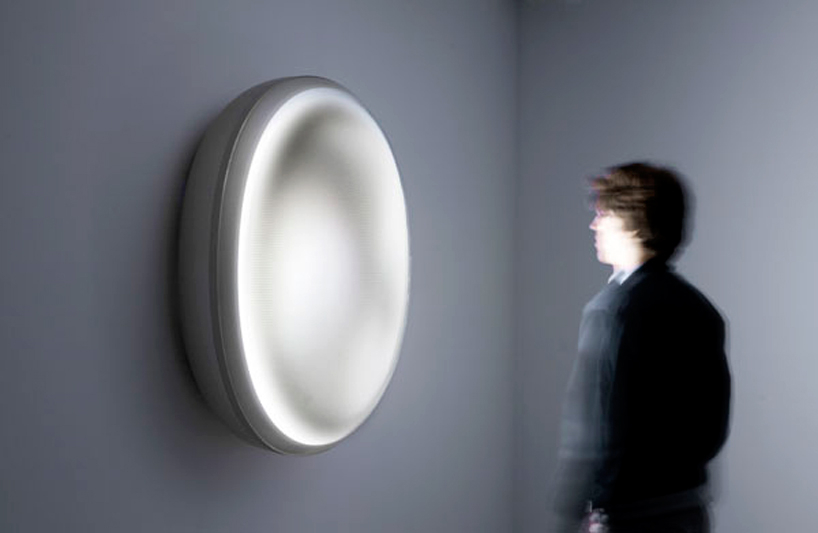 the device projects a clear image of the weather which is to come the following day, offering one to be ‘a day ahead of real time itself’
image courtesy of mathieu lehanneur / carpenters workshop gallery 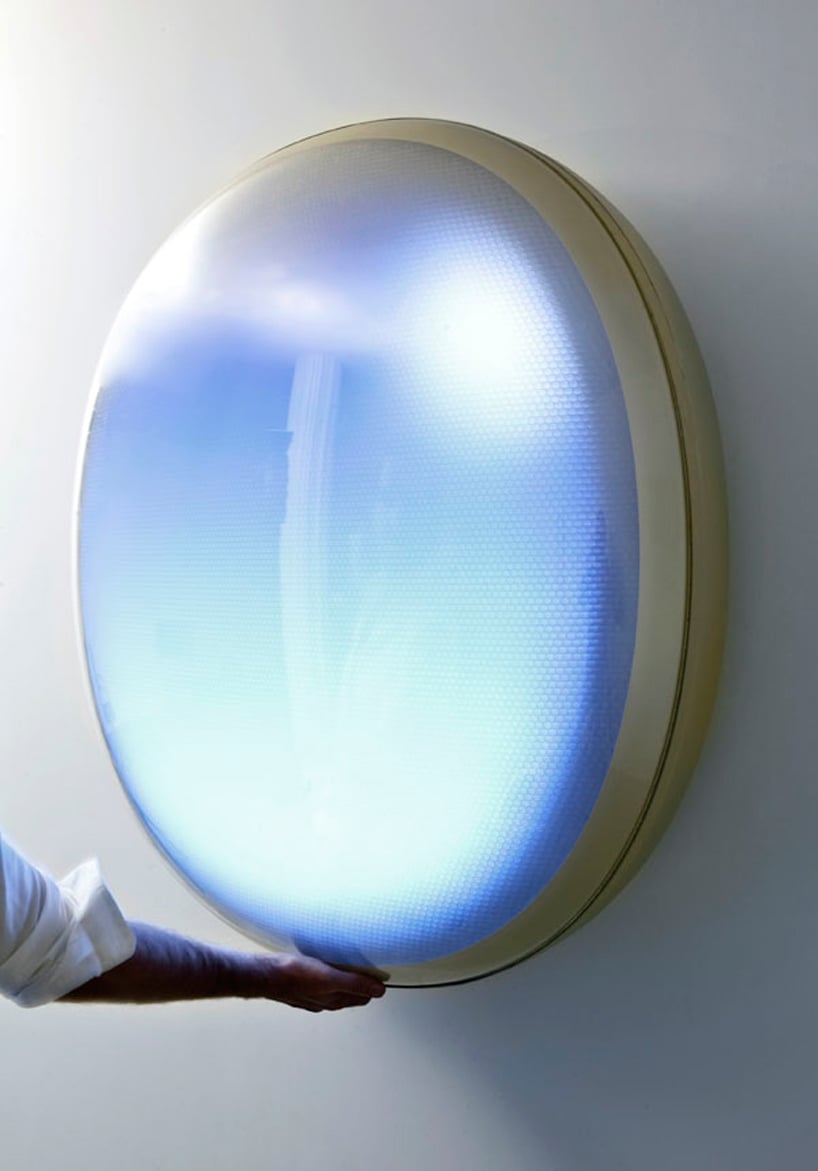 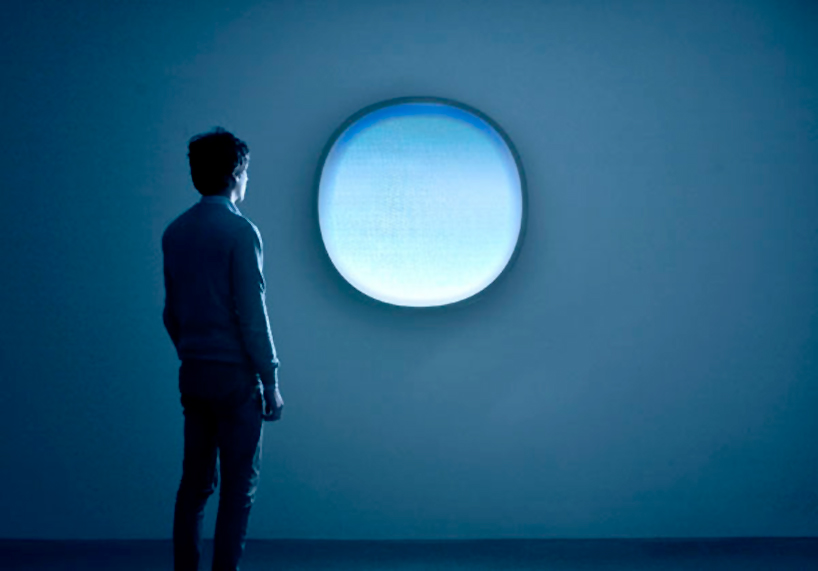