french designer mattis ensault has completed a prototype of ‘ondule’, a lounge seat which is a visual translation of digital sound as the undulating texture represents waves and frequency. the textile is pulled over a solid base and attached along a predefined weft. eventually, the three dimensional fabric is to become a slip cover, allowing the user to attach it to a variety of surfaces. the project was financed by VIA (enhancement of innovation in furniture). 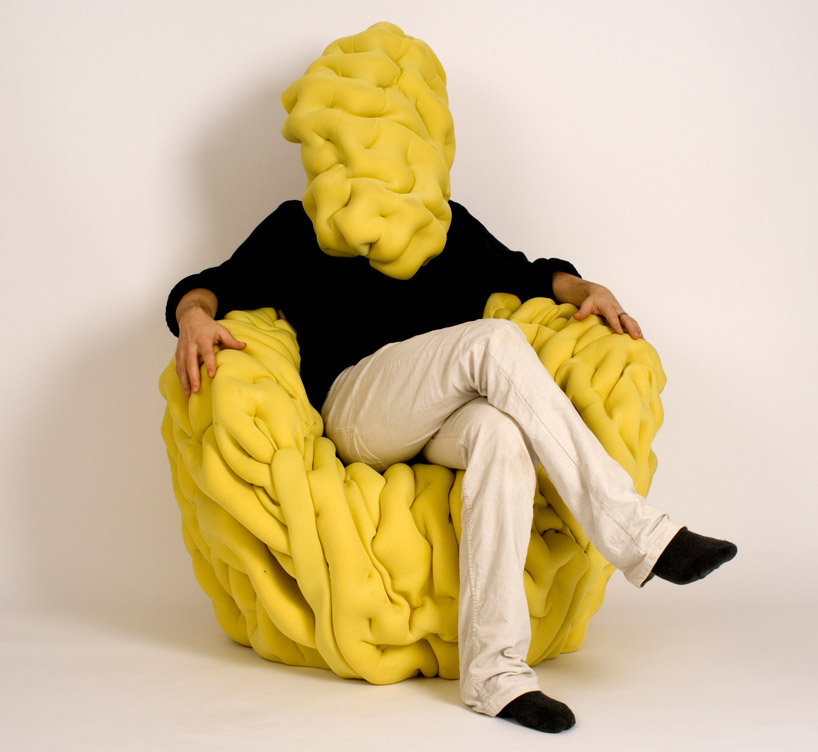 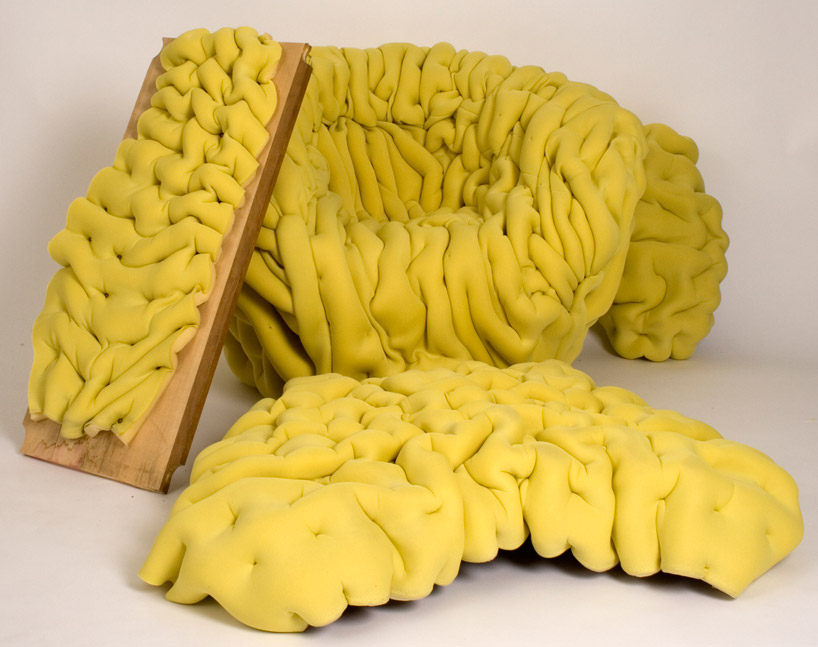 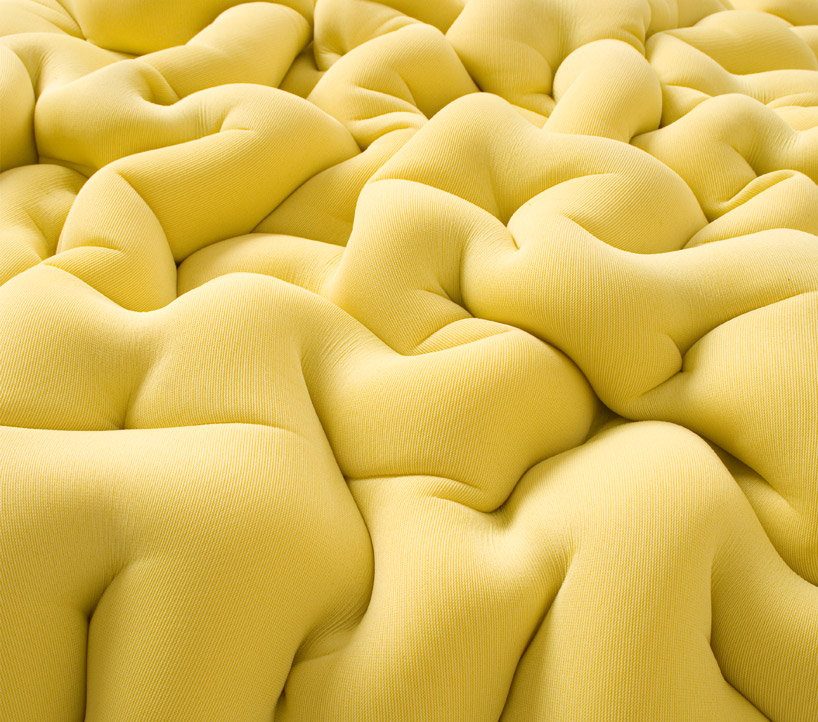