max zhivov read several hydroplane forums, before the idea of realizing the ‘HH’ hydrohouse appeared. due to the lack of mobile water parking for planes, the idea for the ‘HH’ is to combine a houseboat, a dock for boats, a garage and water parking for a hydroplane. zhivov assures the captain may be able to position his or her ‘hydrohouse’ in any water area. the houseboat is made from prefabricated modules, making it possible to transport the project with only two trucks. 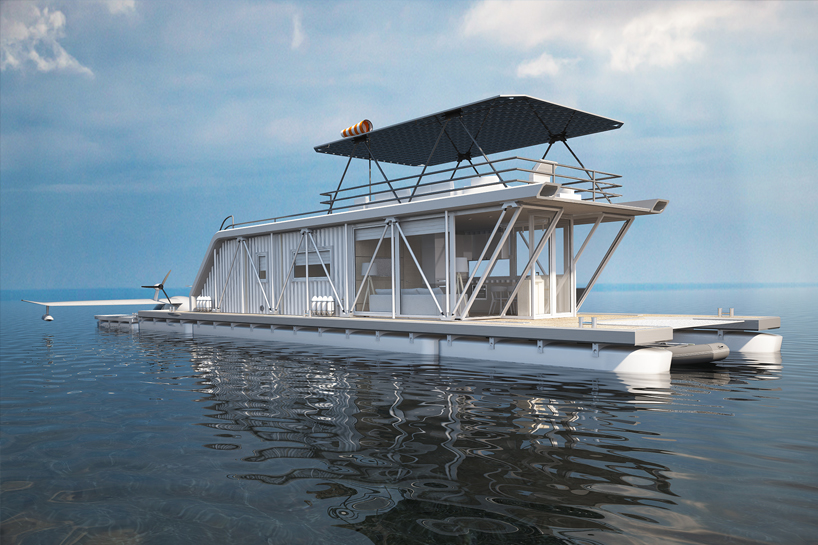 backside of the ‘hydrohouse’, with open views to the kitchen and living room

the russian designer and architect max zhivov designs the ‘hydrohouse’ including several industrial features. the ‘HH’ has a living room with a kitchen, master bedroom, two guest bedrooms, bathroom with w/c, and a garage. its length is 15 meters and the total area is 76 m2. the ‘hydrohouse’ is equipped with 65 m2 solar panels and two electric engines. the houseboat can also be used as a dock for boats. a storage for water toys and games is located on the second floor, which can also be an area used for sunbathing. aircraft designer alexander shapin has designed the sketch model of an electric hydroplane, which complements the ‘HH’ proposal. 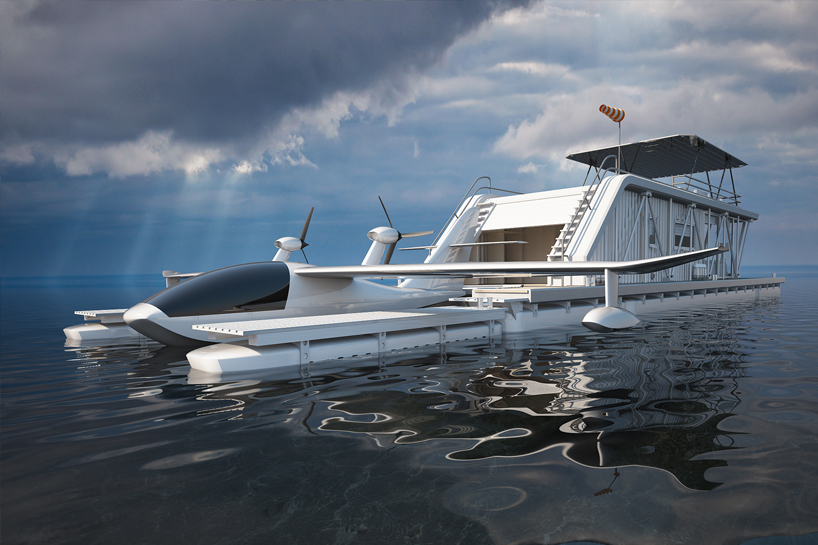 frontside of the ‘hydrohouse’, with clear views of the stationed hydroplane and main entrance 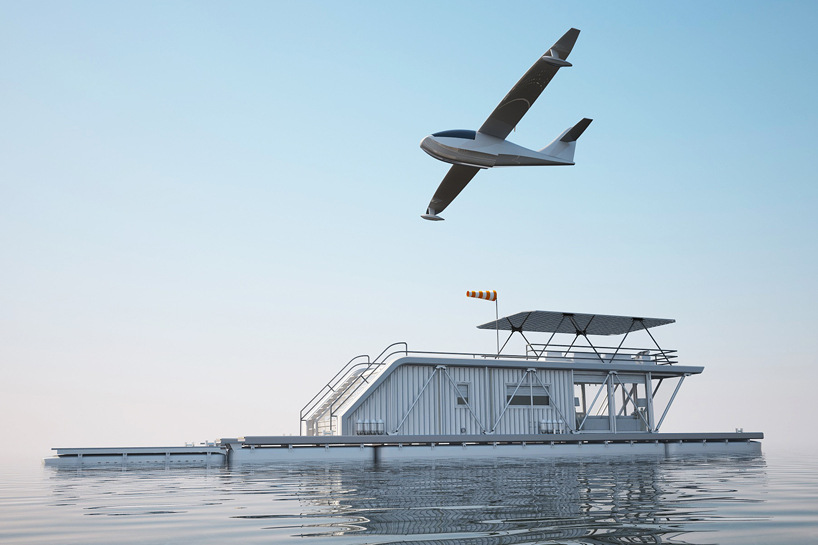 side view of the prefabricated houseboat 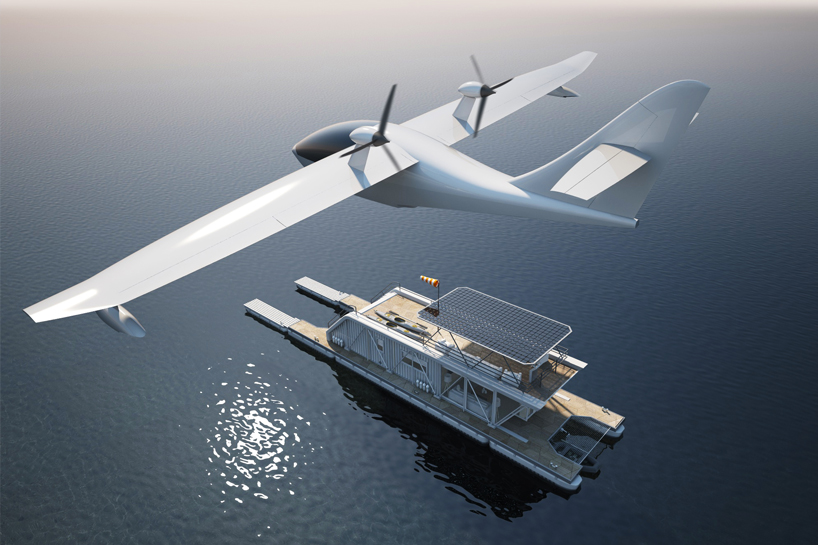 the ‘hydrohouse’ is equipped with solar panels and two electric engines 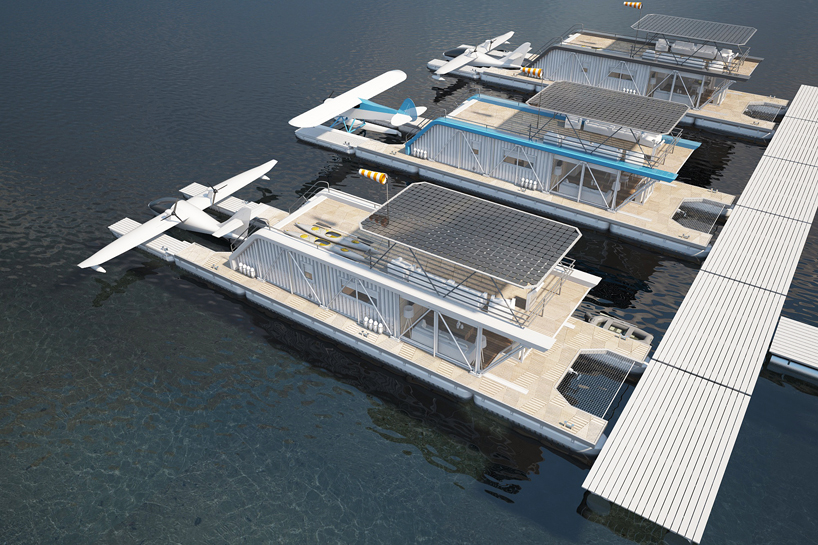 the project combines a houseboat, dock for boats, a garage, and water parking for hydroplanes 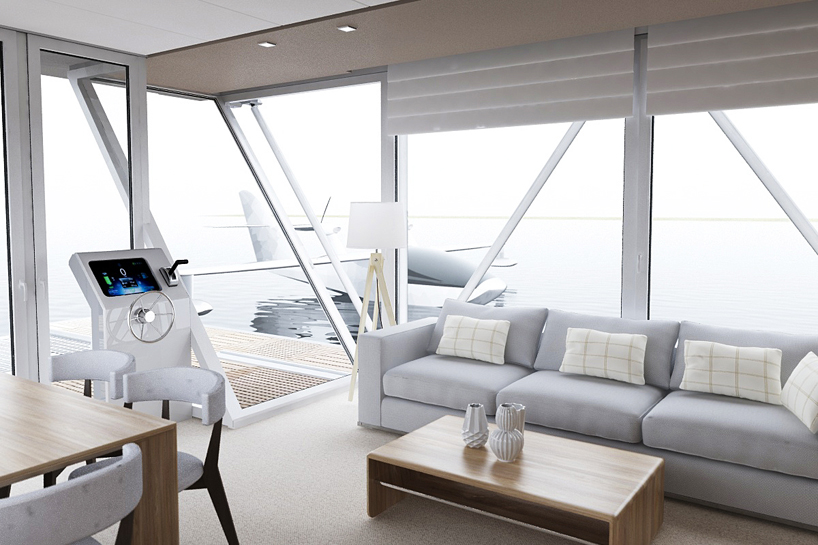 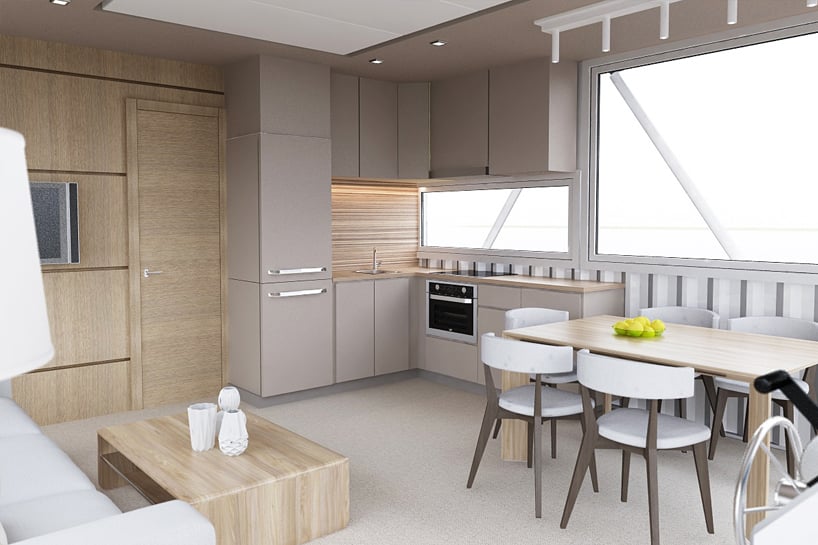 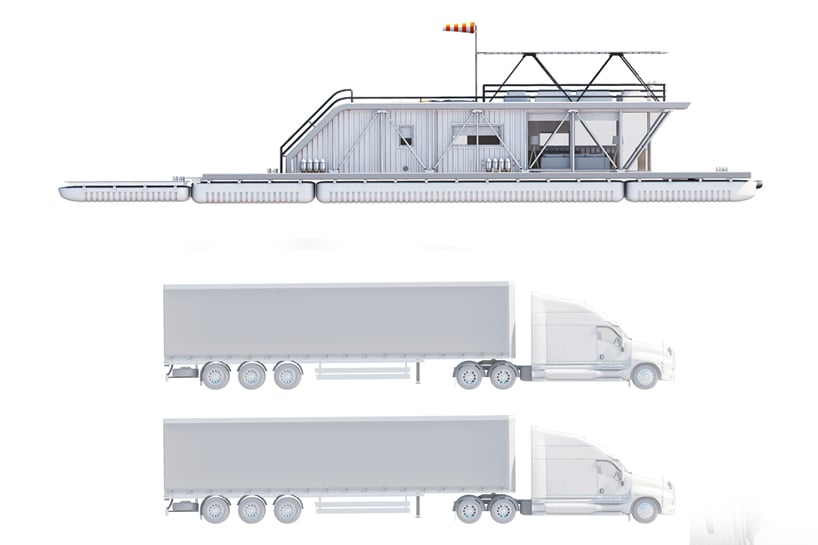 ‘hydrohouse’ modules can be transported by two trucks 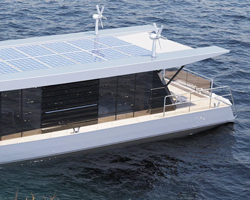 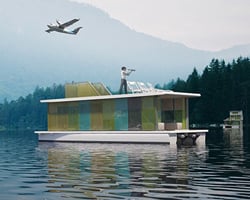 May 24, 2019
max zhivov designs the 'tiny eco hotel' to travel across water 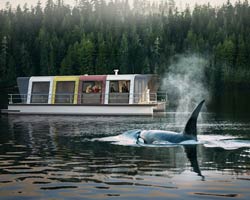 Sep 30, 2022
living plant controls a machete through an industrial robot arm
the plant acts as the brain of the robot, determining how the machete swings, jabs, slices and interacts in space.
design
+32.9K shares
readers
connections: +520