created by spanish designer maximo riera, the ‘rhino chair’ is a continuation of his work which marries furniture with an animal as its main formal component. like its predecessor the ‘octopus chair‘, the ‘rhino chair’ is composed of an inner frame along its main body in order to support its weight and reinforce its stability and balance. this time around, riera has selected the rhino as his muse to reflect nature’s capacity and mightiness. at the beginning stages of the project, when the chair was just an idea, riera was aware that a main hurdle of designing the piece would be maintaining the proper proportions for the seating object. this sculptural ‘throne’ is built in a superior scale to generate an authoritative force respecting qualities present in the animal itself. 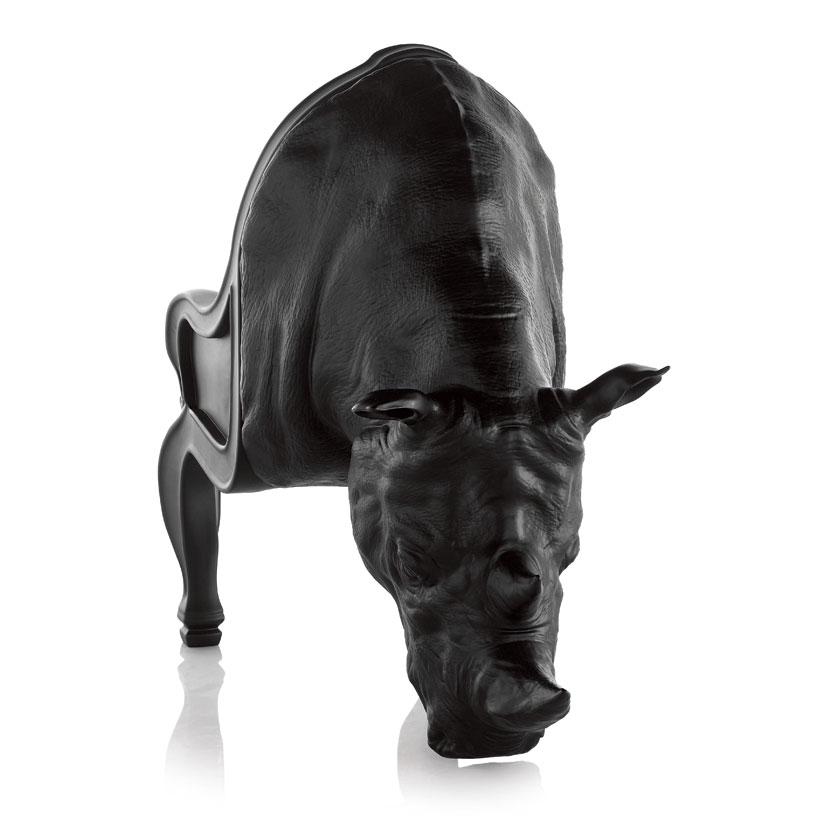 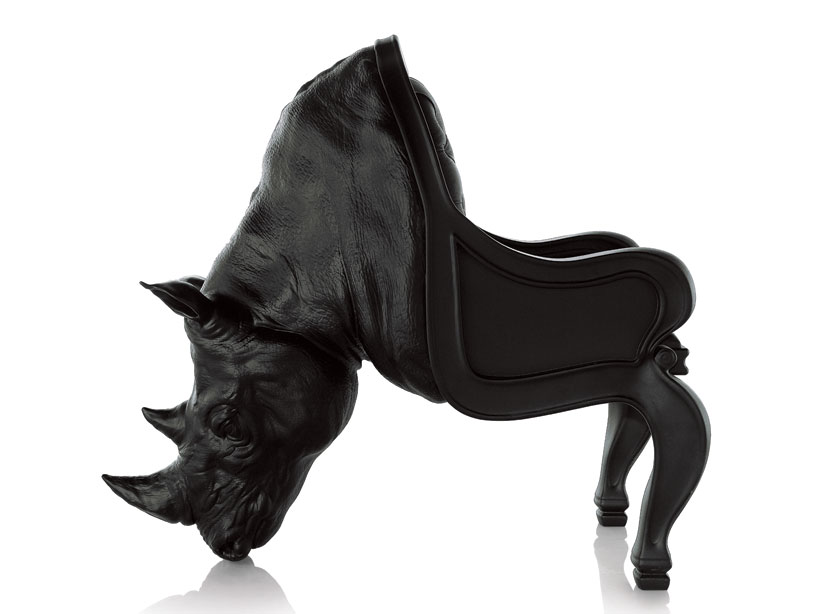 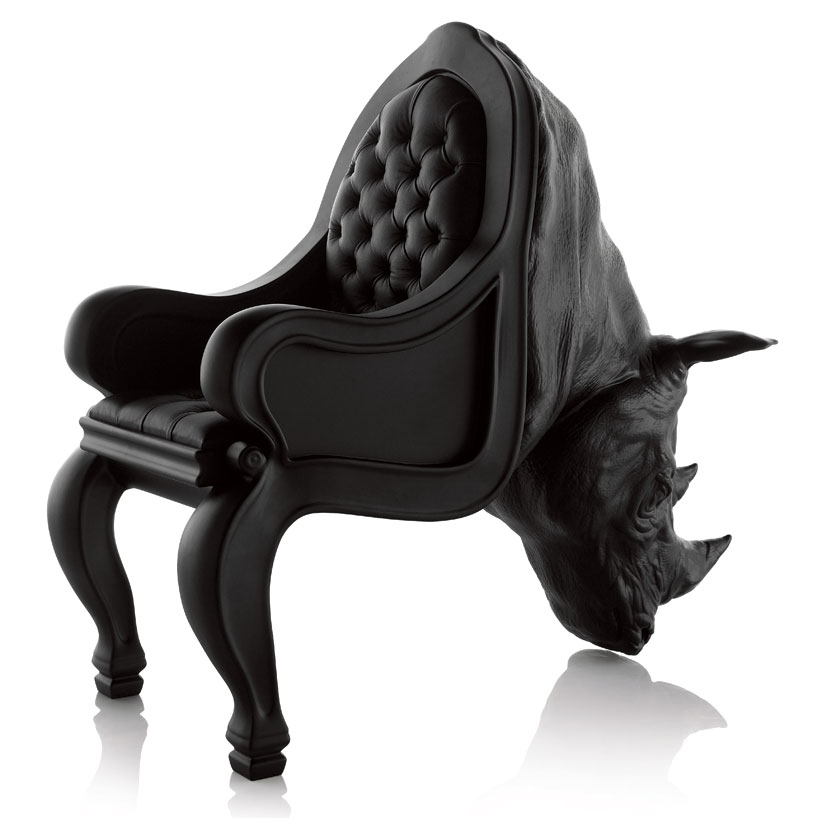 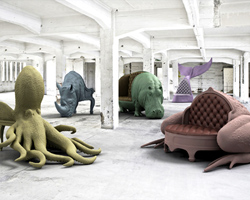 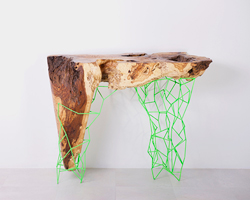 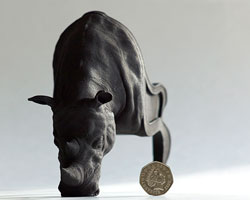 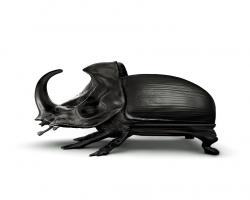 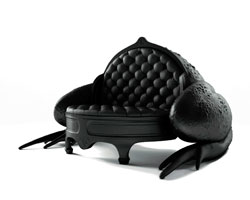