resembling the design of an intergalactic vessel, MB&F present the ‘HM6 alien nature’ watch, which follows the ‘space pirate’ and ‘sapphire vision’ series. unlike the others, this timepiece is commanded by a silvery-skinned captain and his quintet crew, highlighting its fixations on the mythology of extraterrestrials and the technological wonders of space. these six figures are individually modelled and hand-sculpted in white gold by engraver olivier kuhn of atelier-création kuhn, each requiring up to 34 hours to complete. 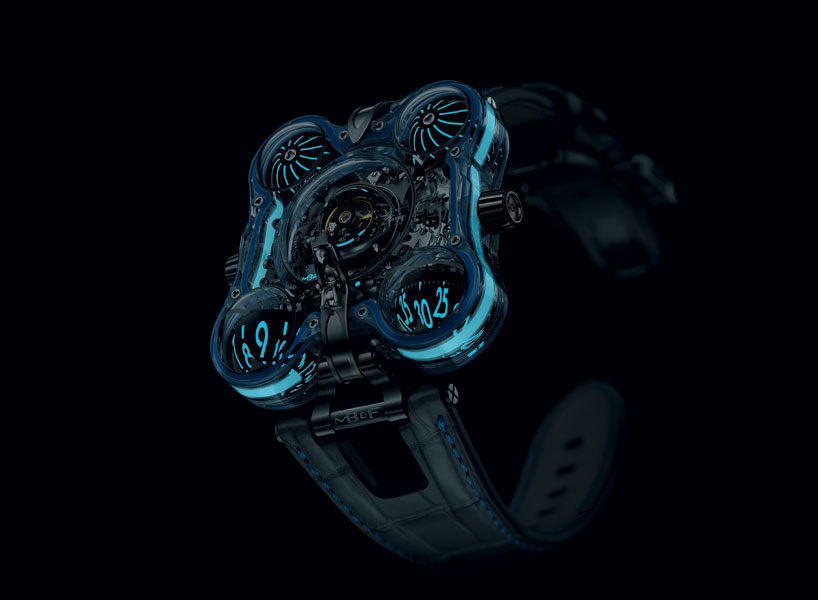 MB&F founder maximillian büsser says, ‘I first came to love watches because I saw them as these machines that were imbued with life.’ the ‘HM6 alien nature’ is an extension of this, from its inhabitants to its raw machinery. in terms of design and mechanics, the timepiece rivals that of an outer-universe spacecraft. its outer body is completely transparent, using highly sophisticated sapphire crystal that has been reinforced with grade-5 titanium elements. 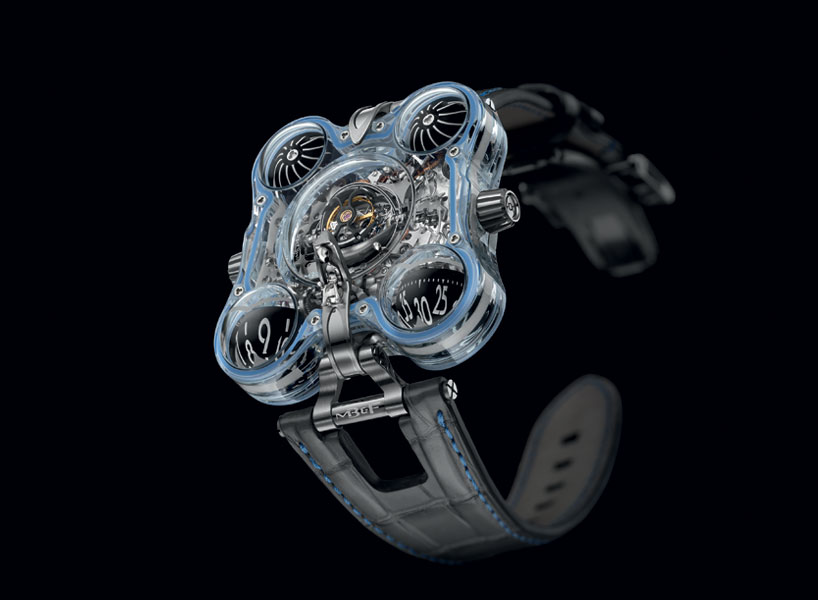 the timepiece reflects the highly-sophisticated technology seen in spacecrafts

underneath the crystal-clear skin, which requires up to 510 hours of machining and polishing, the advanced ‘HM6 alien nature’ engine is constantly on display to astonish and wonder. after three years of development, the resulting mechanics is a complex construction of 496 finely-finished components. driven by twin hour and minute domes that rotate perpendicularly to the movement, the watch is topped by a 60-second flying tourbillon with a retractable shield. looking more and more like the technology housed within space ships, it features regulating turbines that are coupled to the winding rotor. 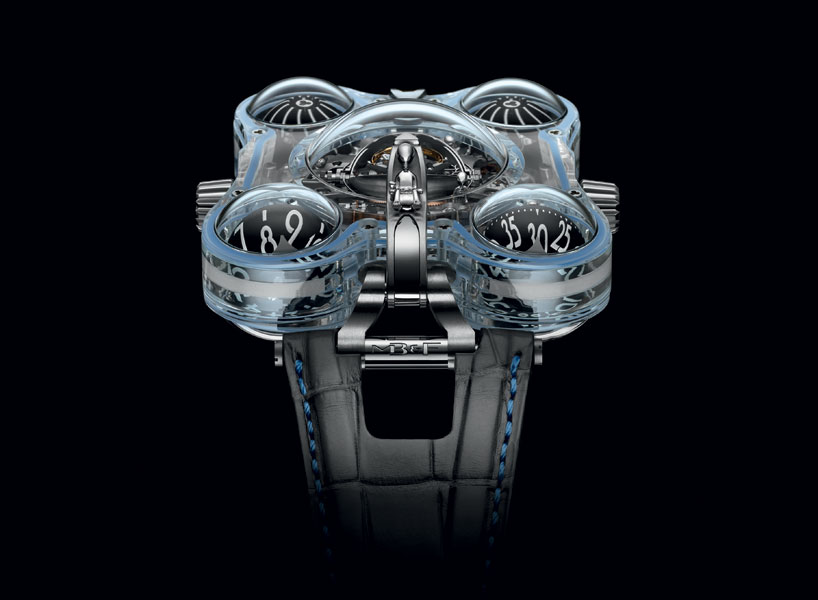 apart from the titanium reinforcing elements, the body is entirely made from sapphire crystal

beneath the crystal forms of the MB&F ‘HM6 alien nature’ watch, the interior glows with thick bands of high-performance luminous materials called AGT ultra. the result creates a sci-fi effect comparable to that of a UFO shooting across our night sky. in total, there will be four unique pieces of the timepiece, differentiated by their accent colors; green, blue, purple and turquoise. 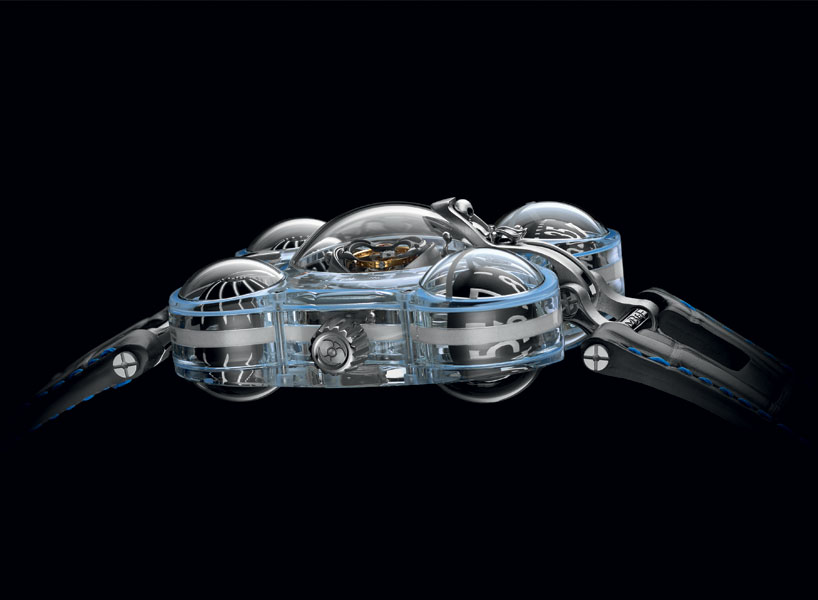 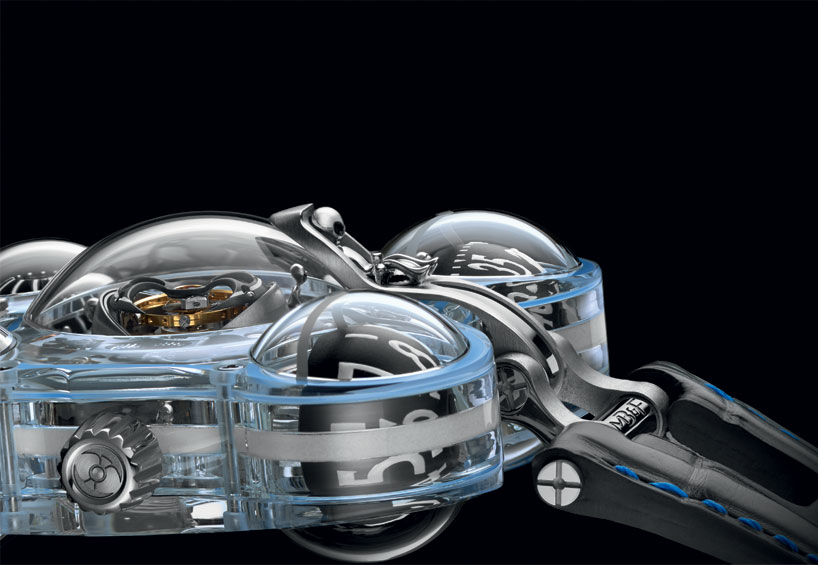 the silver-skinned captain guides the timepiece towards space 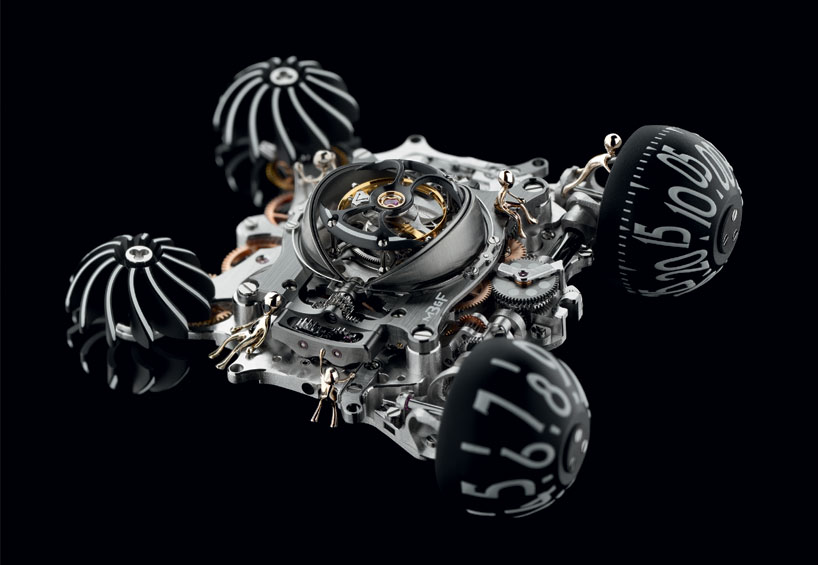 the engine is made up of 496 finely-finished components 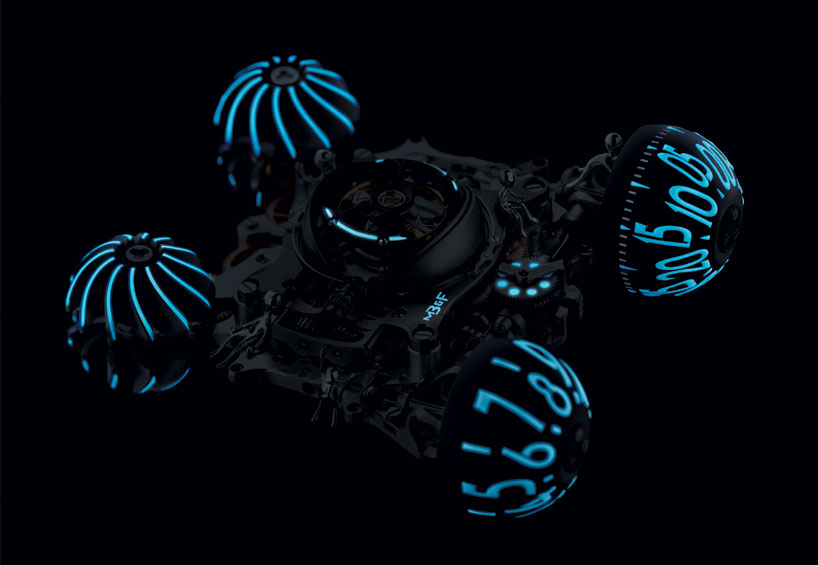 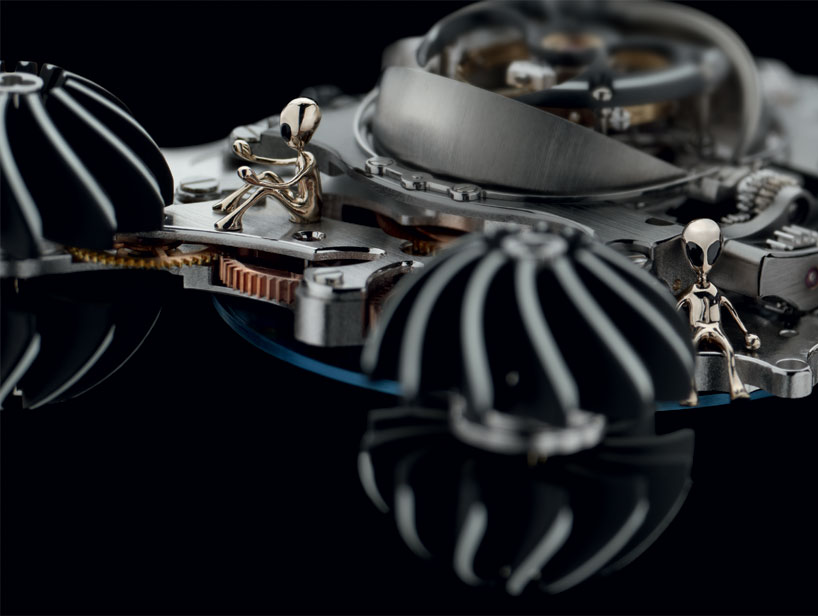 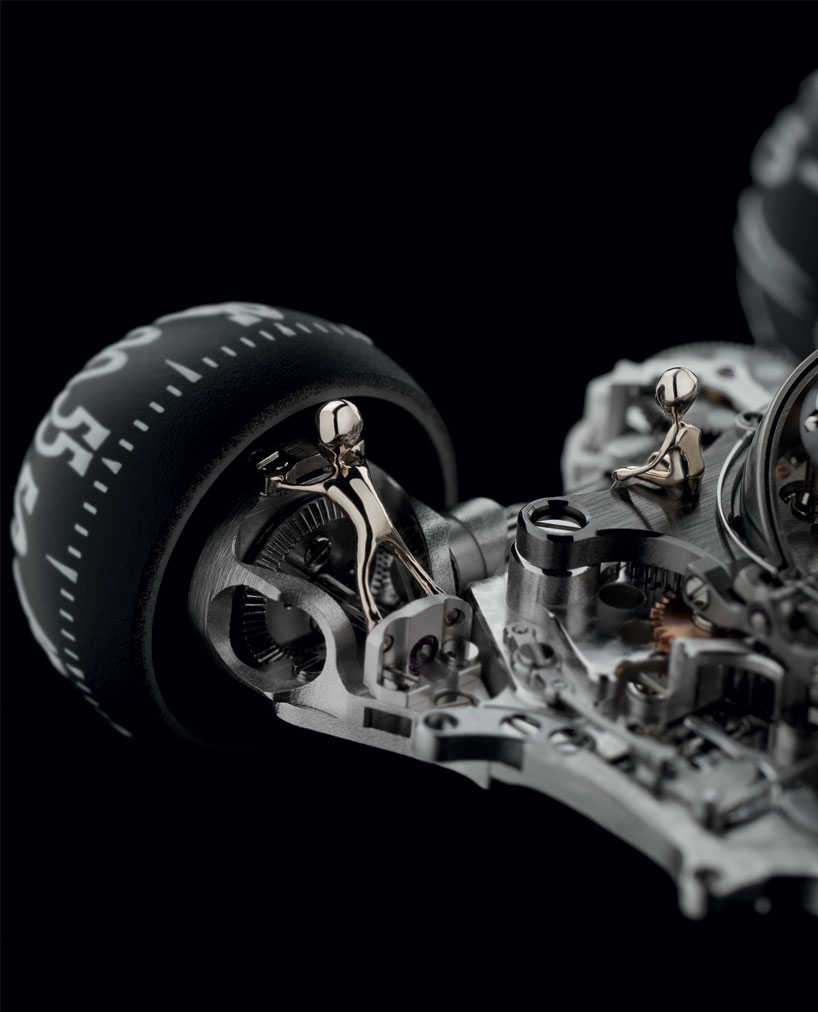 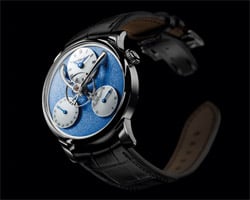 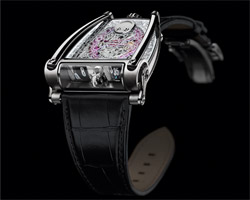 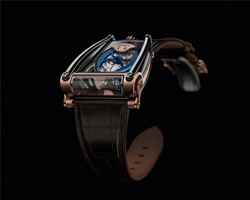