the work of british architect ian mcchesney, ‘blaze’ is an outdoor sculpture designed for installation along disparate segments of highway in middlesbrough, UK. the first construction phase of the project has seen a sculpture roughly 35-meters square and 4-meters tall erected along the A66 motorway.

‘blaze’ is composed of 472 staves of aluminum, positioned at successive angles to one another in four undulating curves. seen from different perspectives, the segments appear to create crosses and other gridded patterns, an effect enhanced by the fact that the staves are not fixed and rigid but instead shift slightly with the wind. the sculpture is composed of gold anodized aluminum, designed to catch the sunlight in unusual ways to add interest to the relatively desolate landscape.

‘we imagined a piece that could pop up and disappear as you drive [along]‘, mcchesney explains: ‘as if it were following you on your journey– like a kind of traveling companion, blazing through town.’

assembled over the course of 10 days, ‘blaze’ cost 116,000 pounds to fabricate and install: equivalent to the cost of building just 8-meters of new highway. 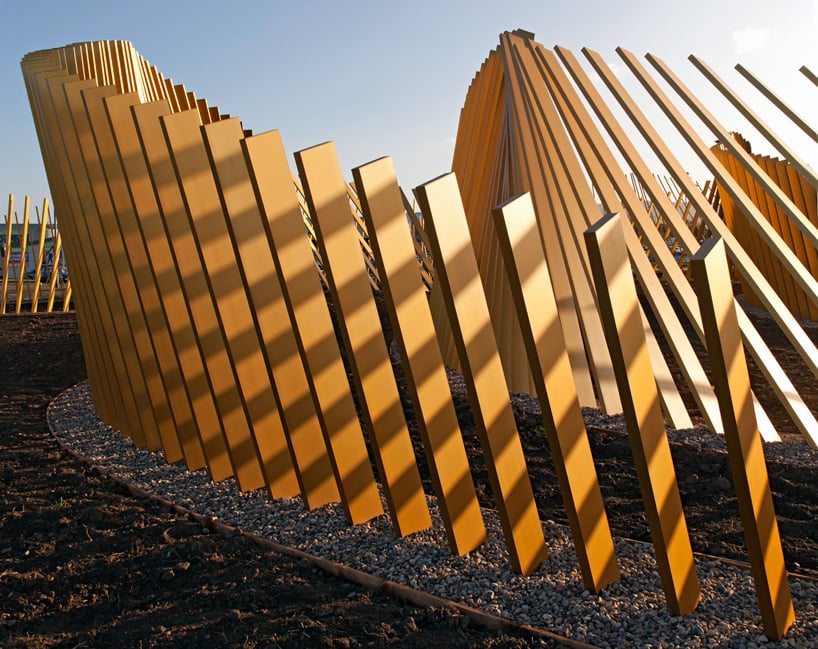 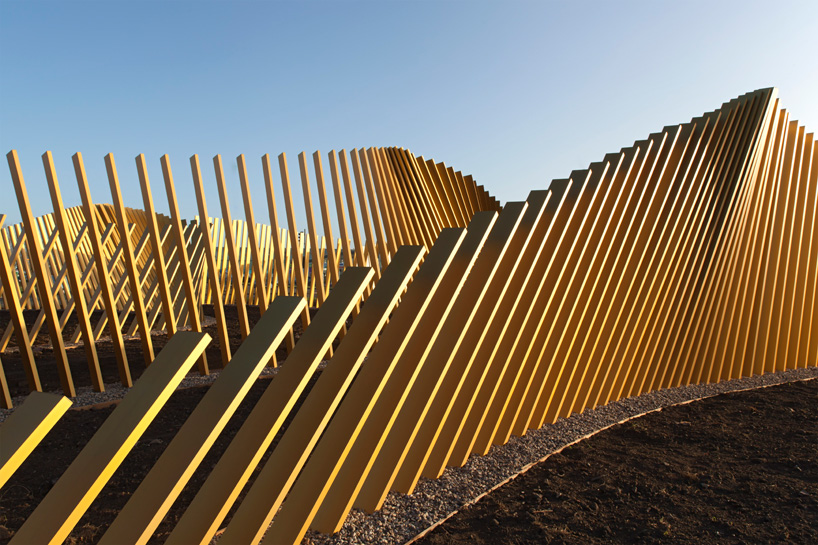 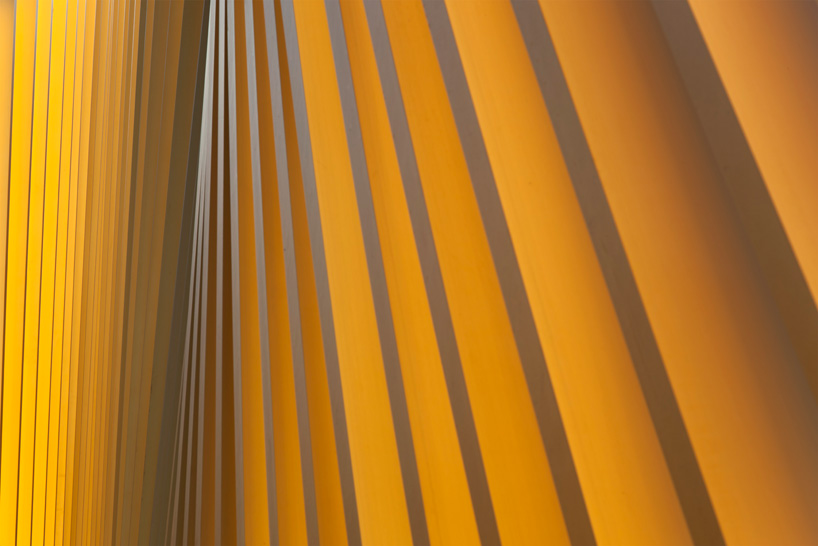 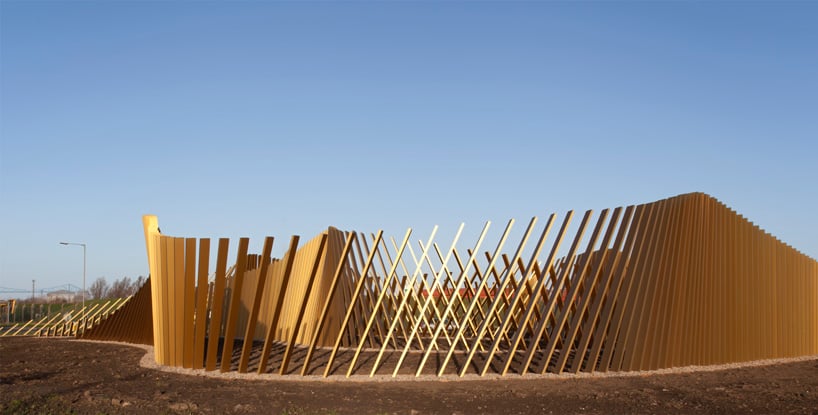 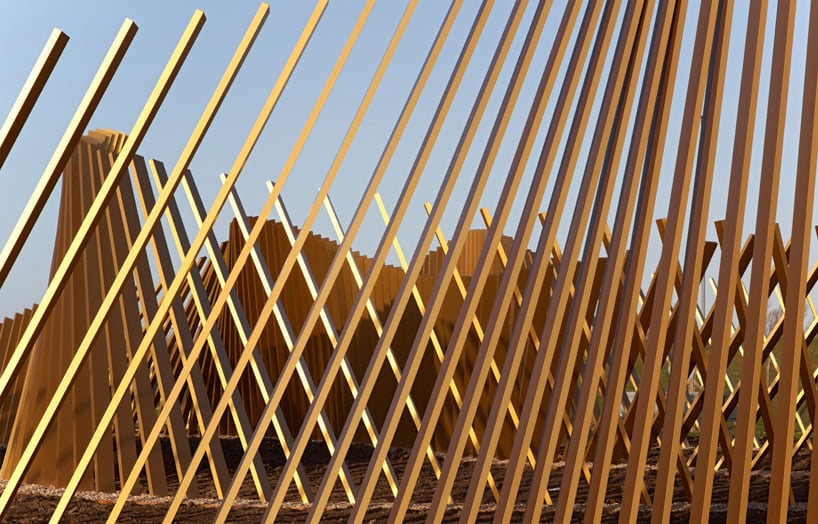 seen from different angles, the four ‘waves’ of segments create diverse patterns with one another image © peter cook 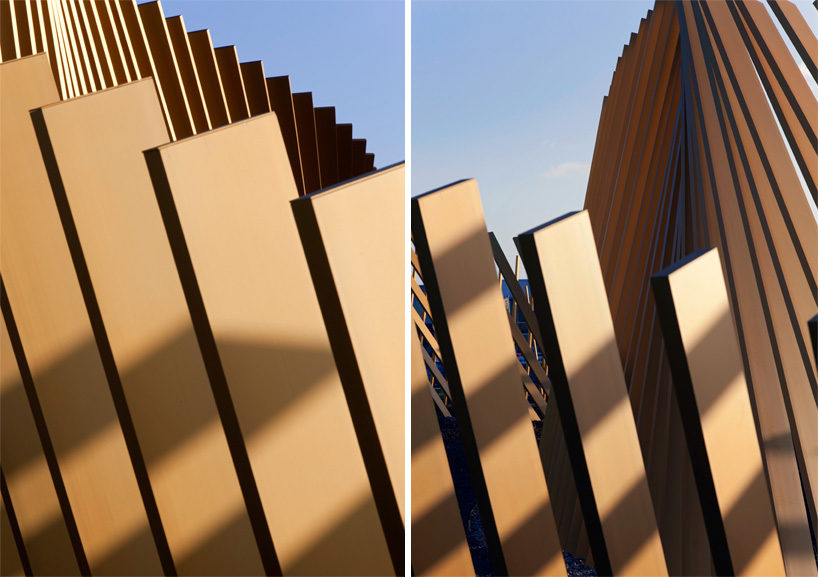 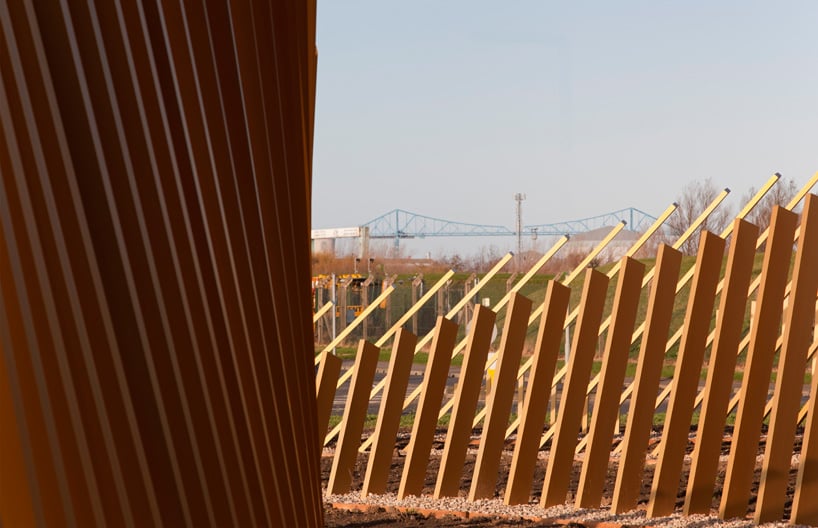 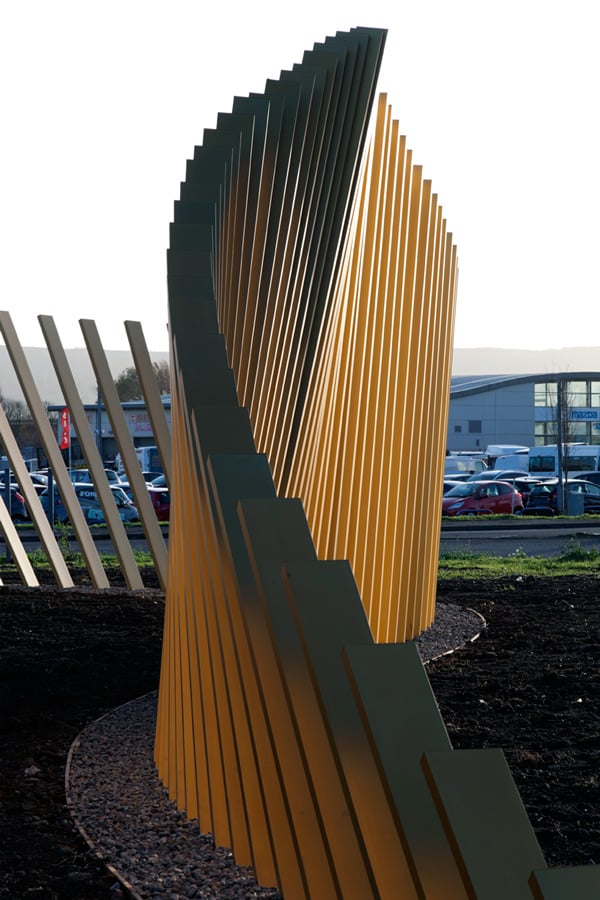 ‘blaze’ was the winning proposal in a 2007 competition held by the royal institute of british architects (RIBA), responding to the call by the middlesbrough borough council, tees valley arts, and arts council north east to develop a spatial design concept that integrates the cargo fleet roundabout traffic circle, with the possibility of being extended to other future sites. 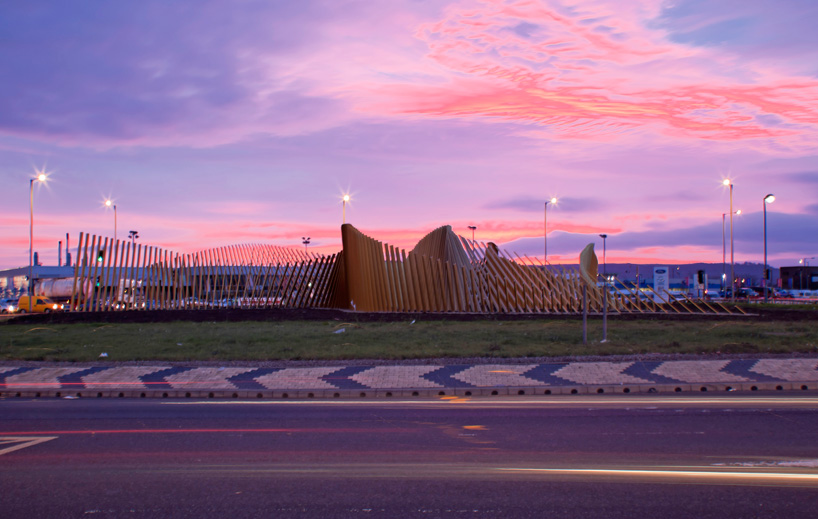 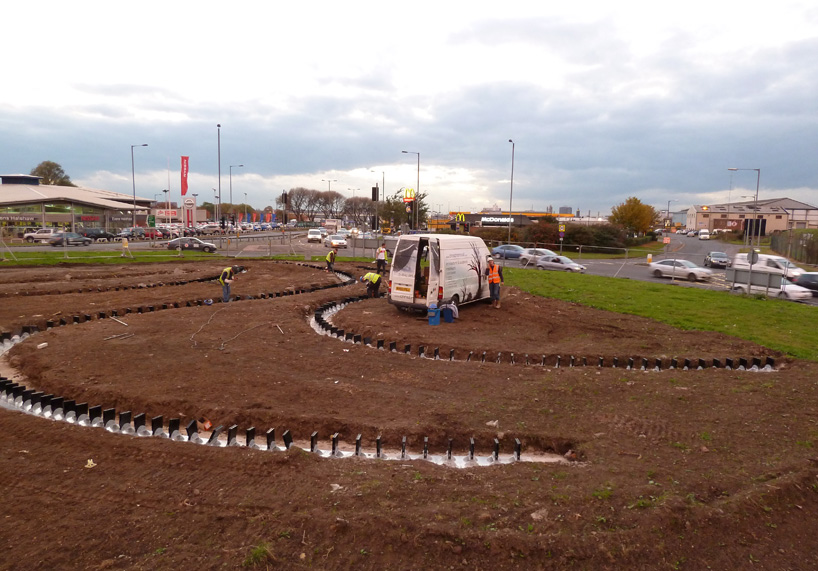 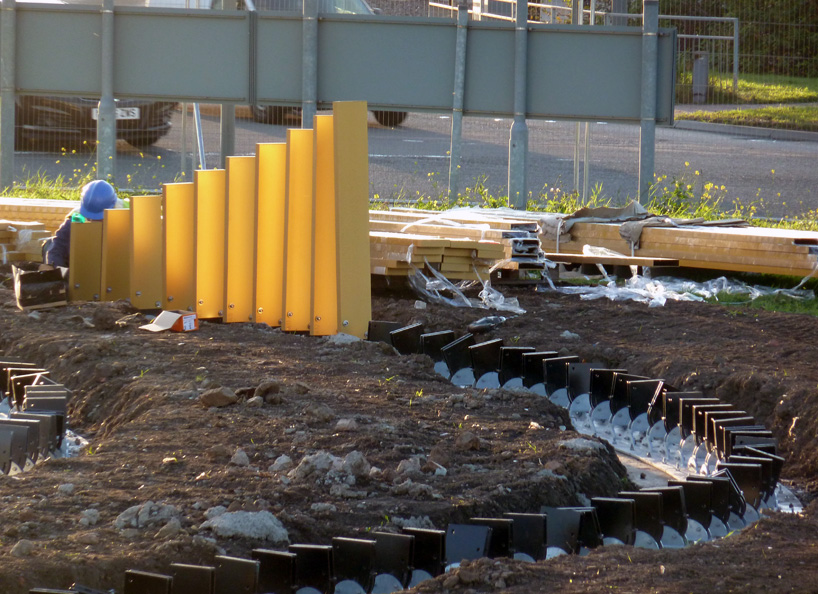 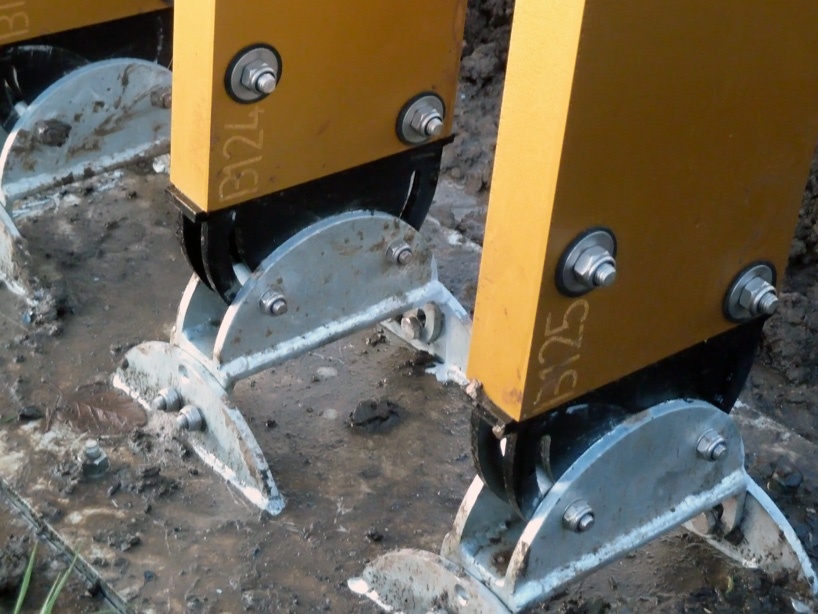 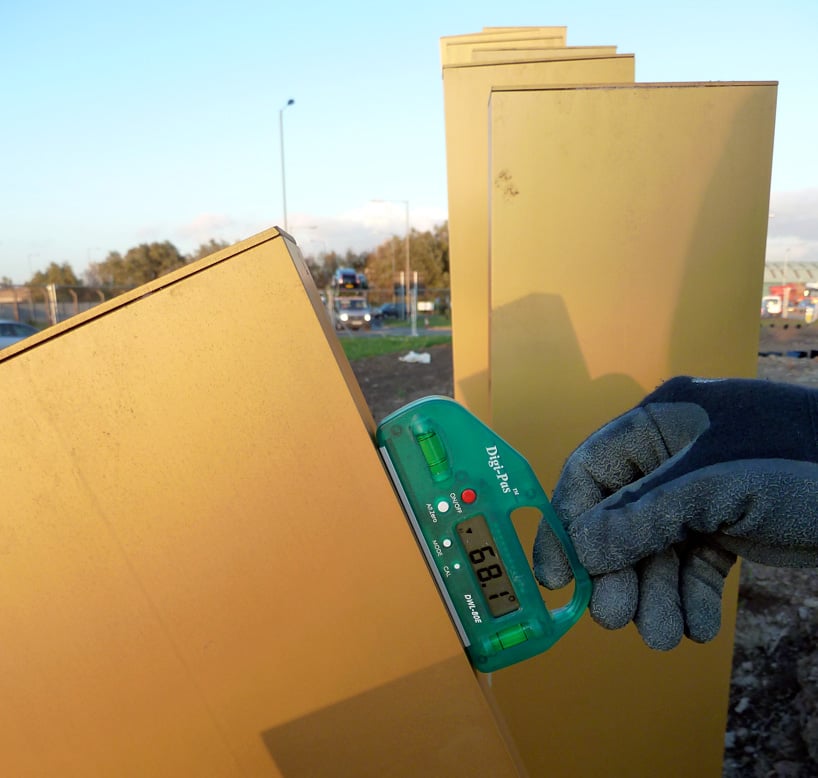 construction: the precise variance of angle at which each stave is placed required careful attention image © chris brammall 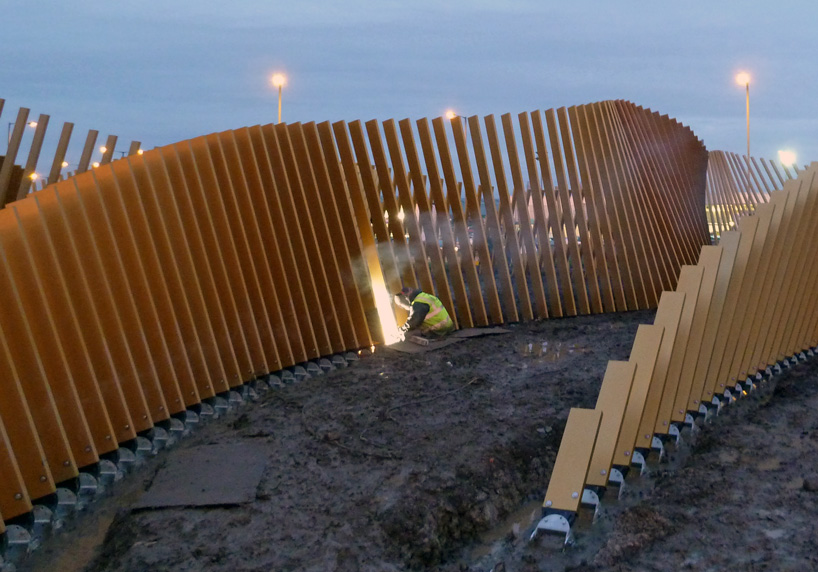 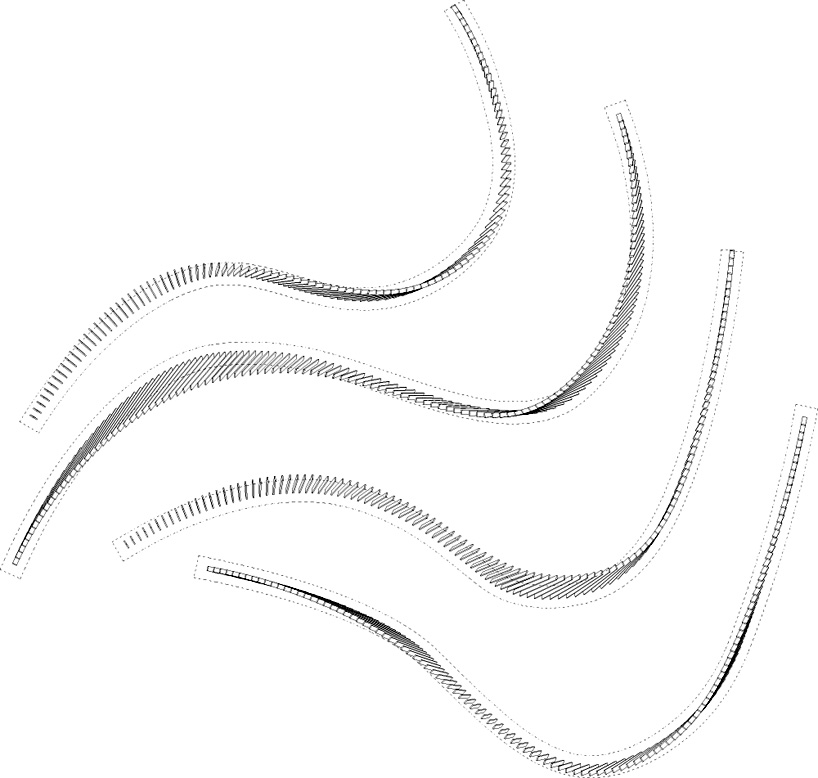 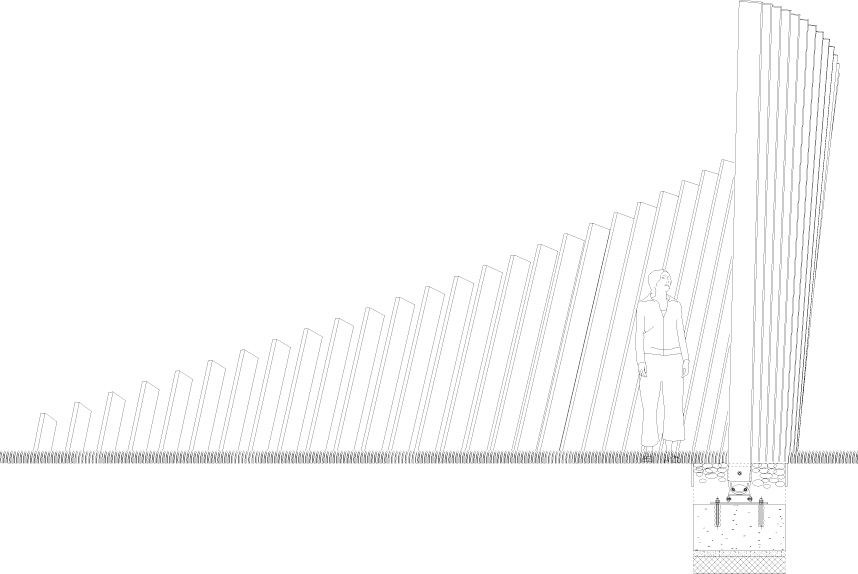 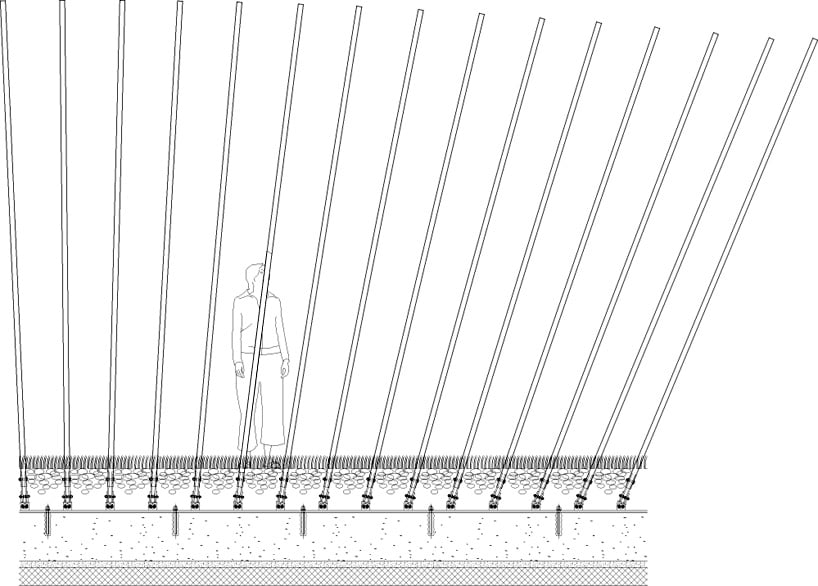 video walkthrough of the project

Feb 08, 2011
mcchesney architects: out of the strong came forth sweetness