‘wind knitting factory’ developed by merel karhof is a mechanical wind-powered knitting machine. it sustainably produces long tubes of knitted material which is then harvested to make individually packages scarves. 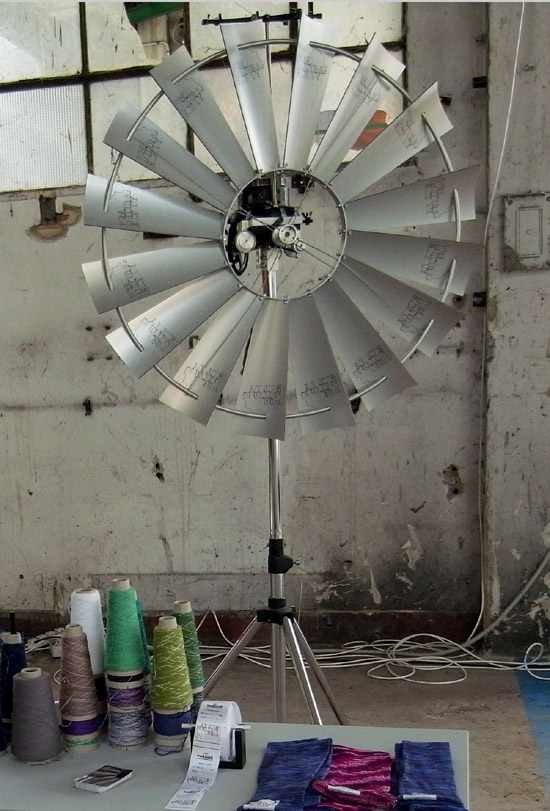 the idea initially came to karhof during one of her walks, noticing the strong wayward winds blowing through the surrounding streets.

‘while I was trying to walk in a straight line from the royal college of art towards kensington olympia, I was confronted with lots of cul de sacs. interesting to me was the way the wind blows in and out these spaces, unlike in normal streets where the wind blows only in one direction. looking at this phenomenon, I set myself the brief to use this ‘free’ energy source and create a product with it. I created a mechanical wind powered knitting machine, which knits fast when there is a lot of wind and slow when there is not a lot of wind.‘ – MK 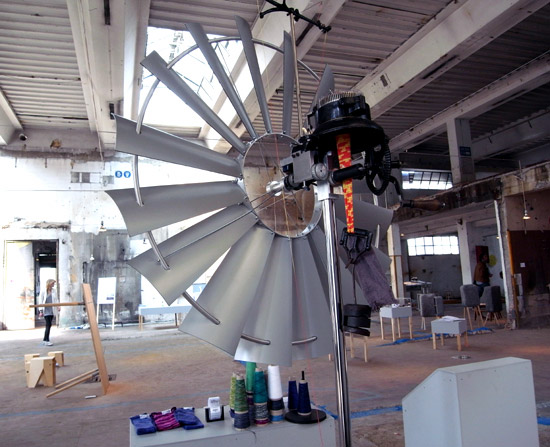 ‘wing knitting factory’ was part of the hotel RCA exhibition, hosted by royal college of art which presented the work of students and recent graduates of the MA course. the exhibition was on show at ventura lambrate during milan design week 2010. 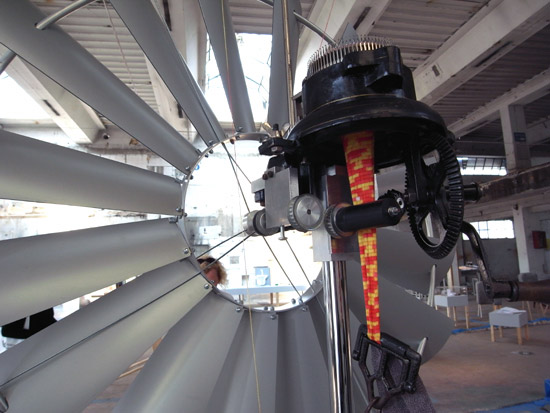 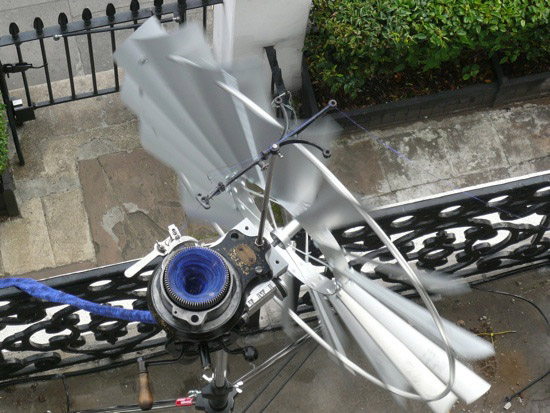 ‘wind knitting factory’ installed on the facade of RCA 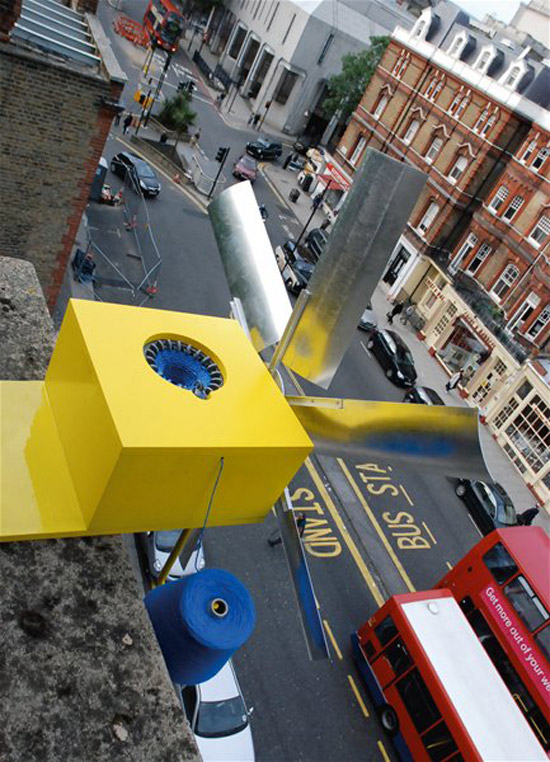 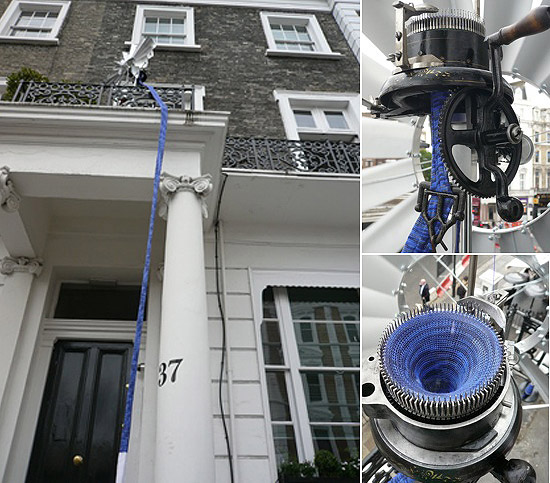 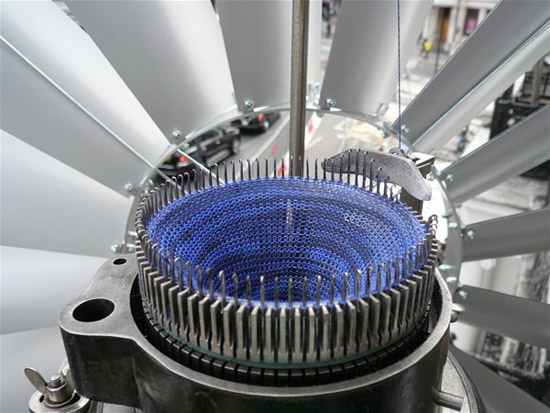 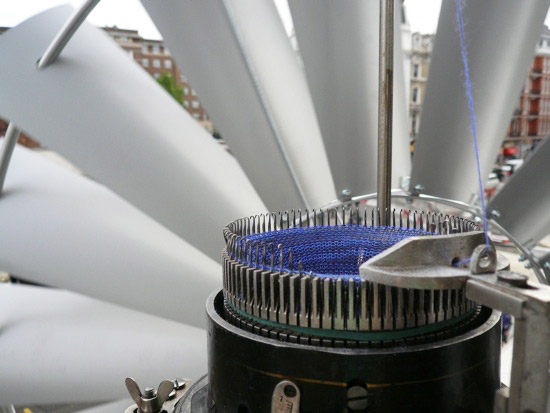 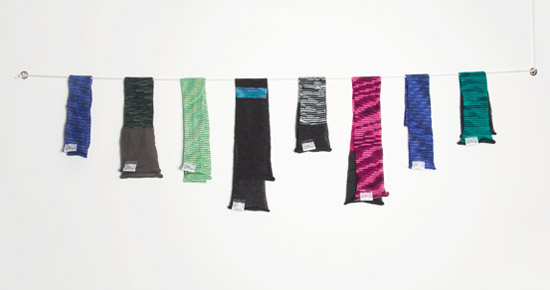 rounded off individually labeled scarves. the labels describe how much time the two-meter scarves took to make, and which day they were produced