michel ina has received a patent for his ‘stikchops’, an eating utensil that has been designed to deliver multiple user benefits. though it may seem similar to available and competing products on the market, ‘stikchops’ do offers a versatile user engagement.

various ways in which the ‘stikchops’ can be held

utilized much like a pair of chopsticks, the end portions of the posts offer a more elongated shape and slightly bent form, providing plenty of food-engaging surfaces. in addition, the concept has both right and left-handed grasping positions, and puts forward a particular ease for selecting food items from both upright and downward facing positions (similar to how a fork operates).

‘stikchops’ can be used in both upright and downward positions 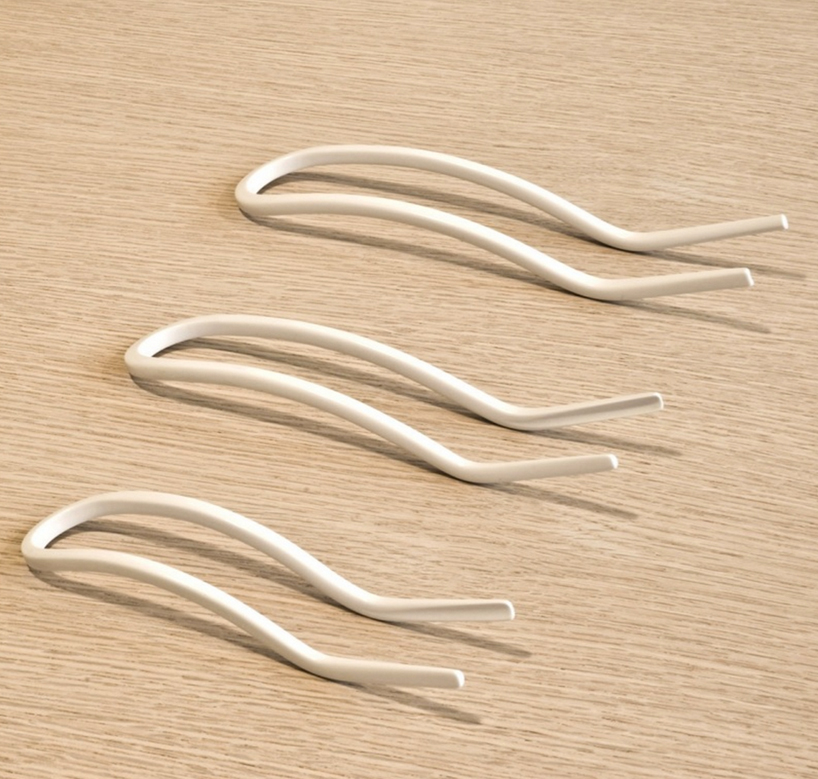