‘project EGG‘ is made from 4,760 individuated pieces, which have been made by hundreds of desktop 3D-printers from all over the world, serving as an example of co-created DIY collaboration. conceived and organized by furniture designer michiel van der kley, the irregular ellipsoid form measures roughly 5 x 4 x 3 meters, and is being exhibited for dutch design week 2014 in eindhoven until october 26. 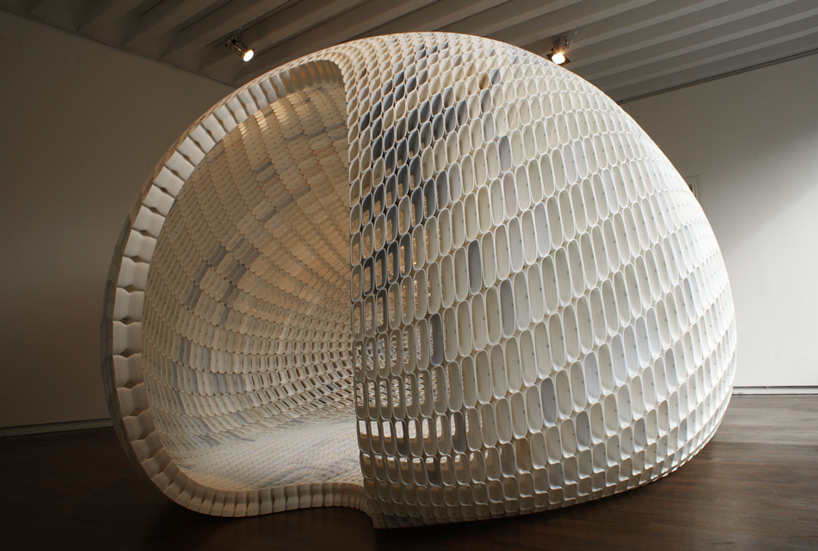 the ellipsoid structure is made from 4,760 unique pieces

each of the 4,760 ‘stones’ is made of PLA (polylactide) plastic, a material which is both biodegradable and commonly used for 3D printing technology. the construction allows for limited material usage, with pieces attached by custom hexagonal screws.

supporters to the project participated by either printing a stone on their own machine, or otherwise by ‘adopting’ a stone through financial contribution. 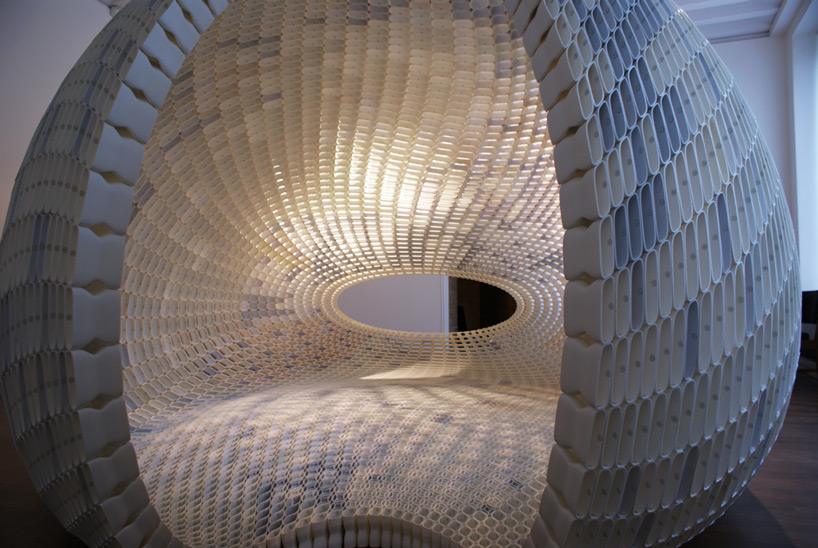 the form provides a taller opening for entry on one end, as well as a horizontal viewing aperture on the other

project EGG results from over two years of experimentation by the dutch designer with 3D printing technology. over the coming two years, studio michiel van der kley intends to show the pavilion all over the globe, while simultaneously advancing research and continuing exploration for movement forward. specifically, the team hopes to develop a similar pavilion with a material suitable for an outdoor setting. 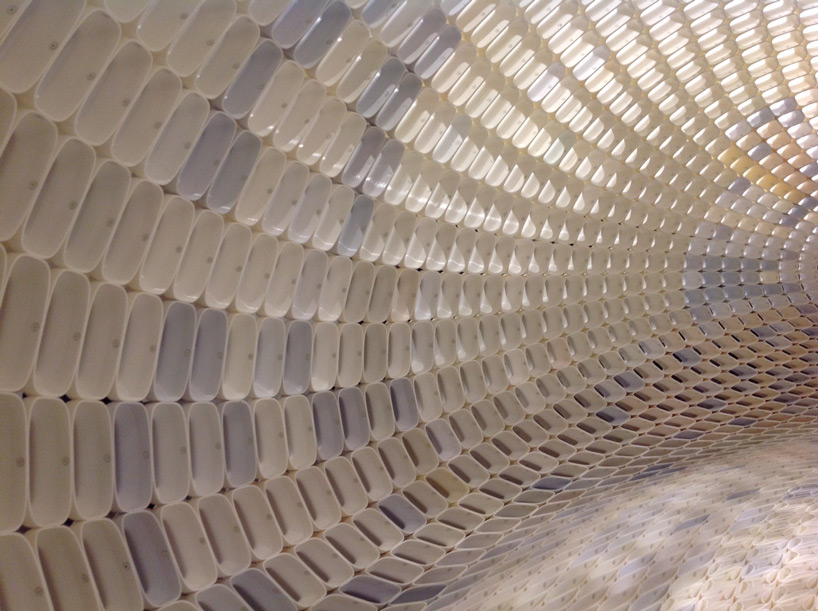 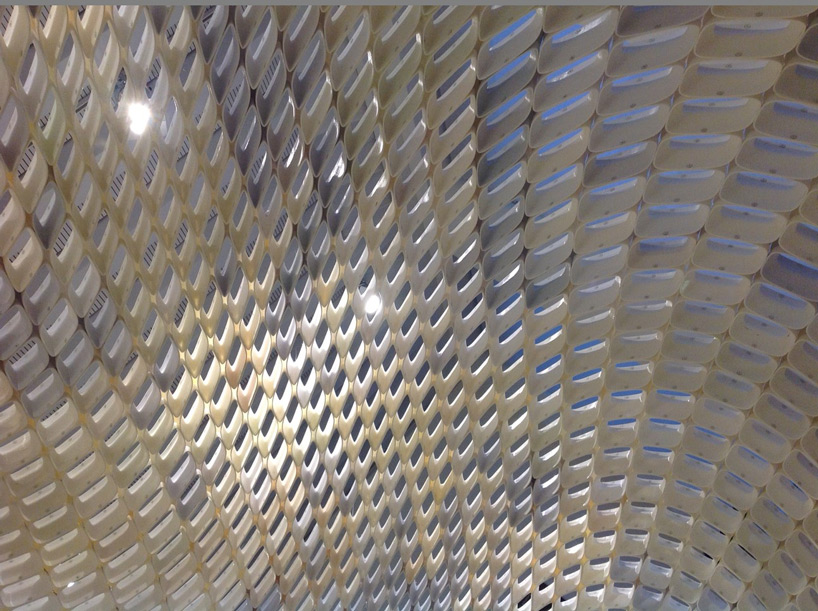 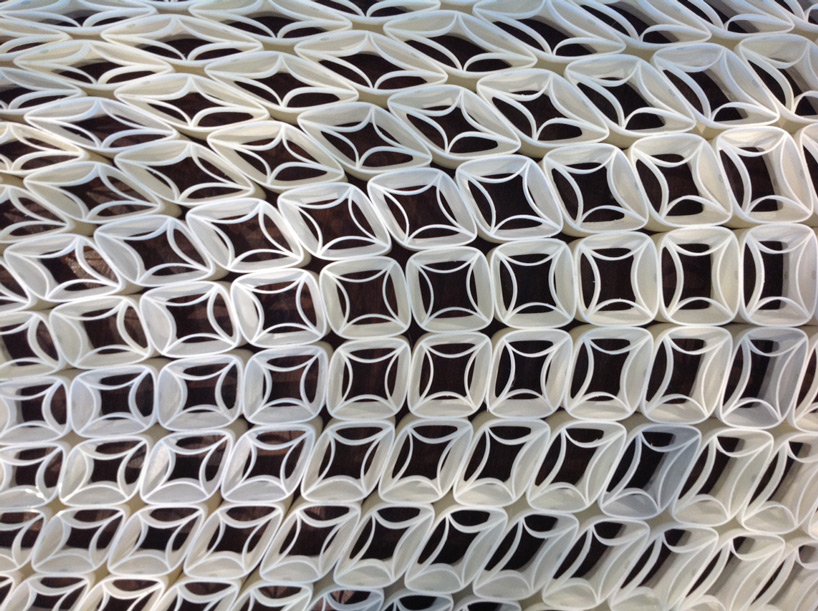 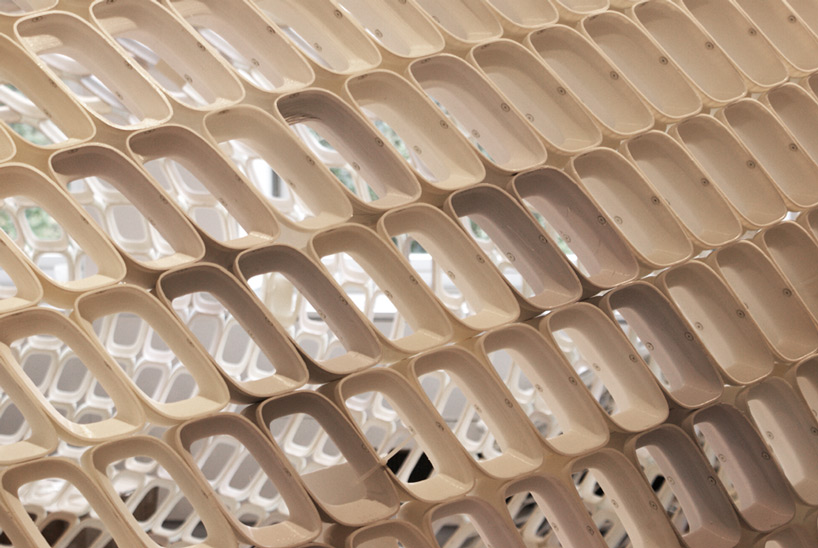 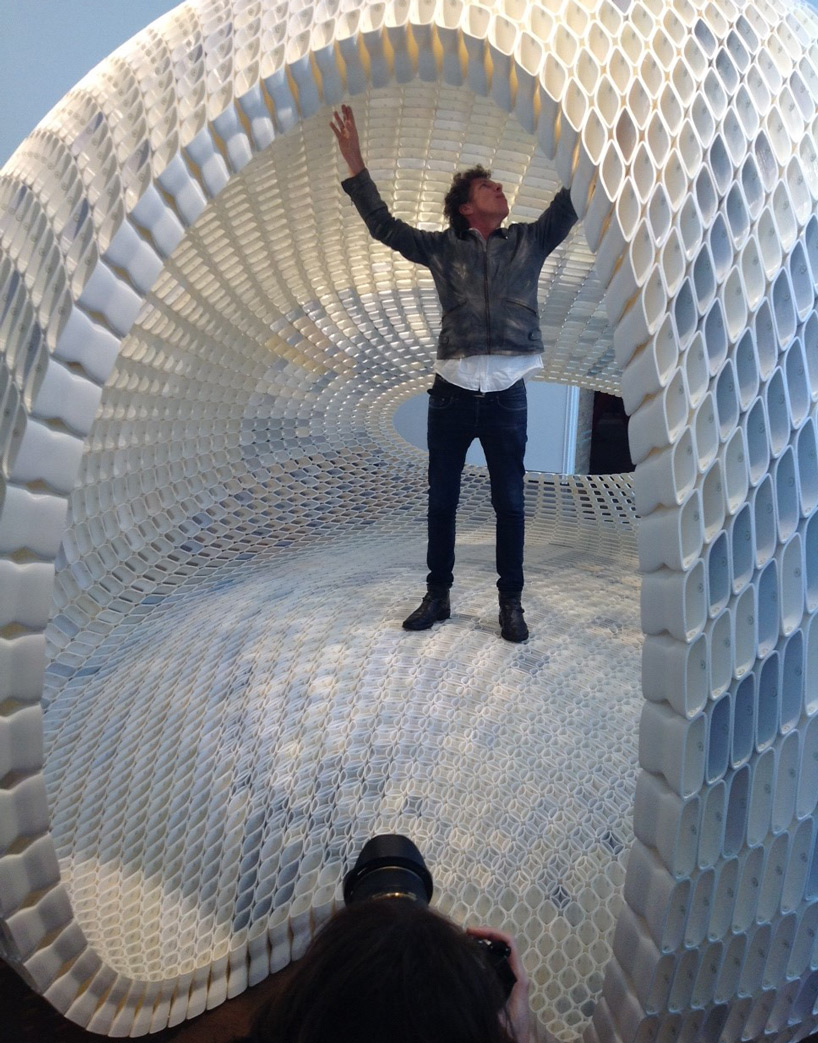 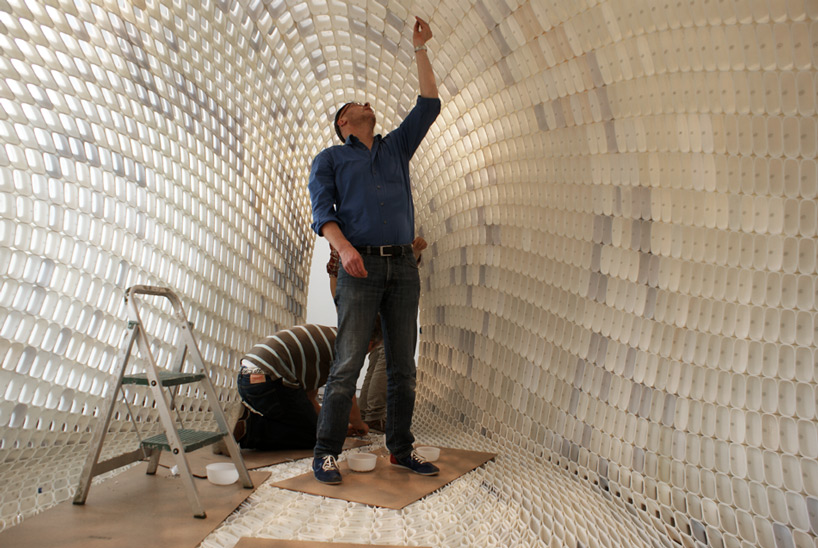