milan design week kicked-off at the excelsior hotel gallia, where designboom and the luxury collection waved its party flag from a grand belle-epoque building of 1932 — recently restored and refurbished by studio marco piva. during one of the most glamorous moments on the international events calendar, what better way to spend a beautiful late evening than on the terrace of a grand palazzo — the stunning location of the excelsior hotel gallia. 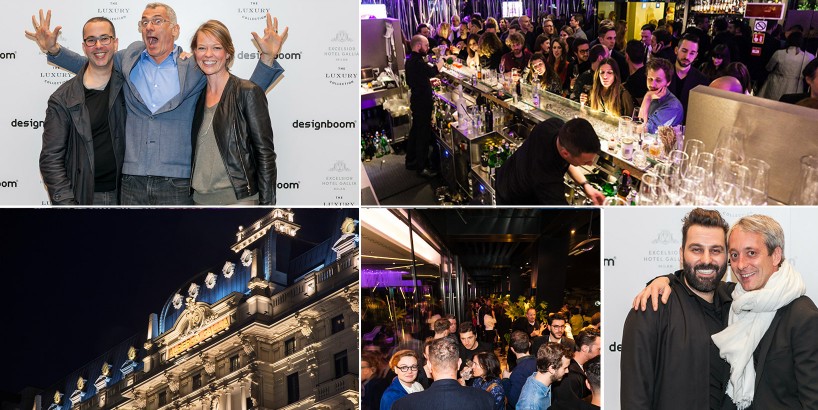 on tuesday april 12th, designboom and the luxury collection put together a cocktail party for all designboom contributors, friends from the worlds of art, architecture and design. guests enjoyed drinks (a delicious selection of wet aperitifs – the best cocktails!), delicacies served in miniature, conversation, spring weather, music and an overwhelming panoramic view of the city by night. 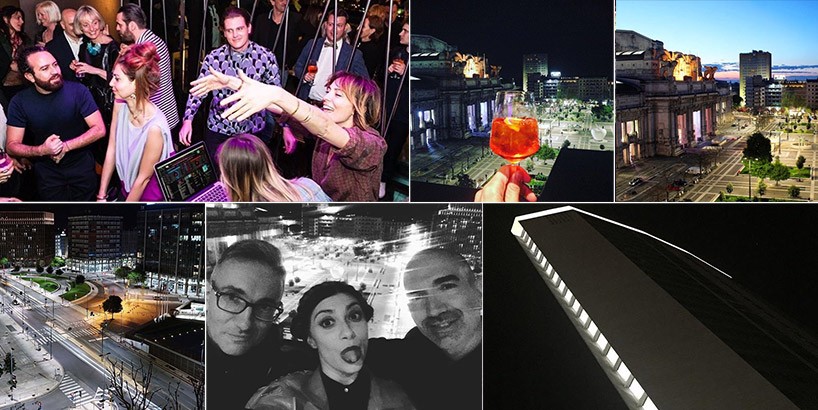 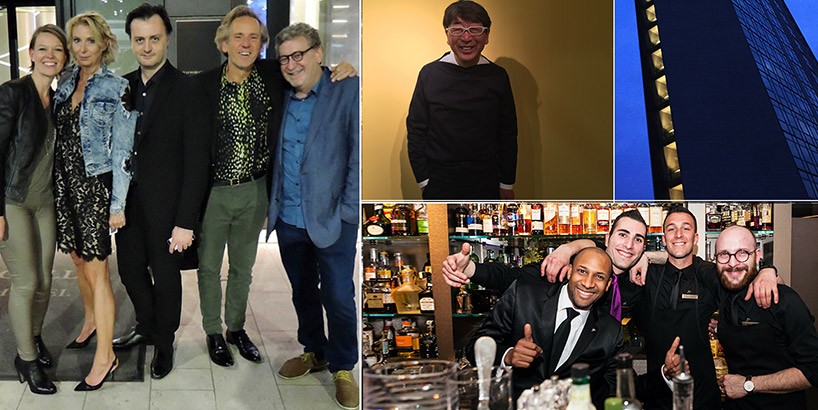 thank you for coming and sharing this special time with us! 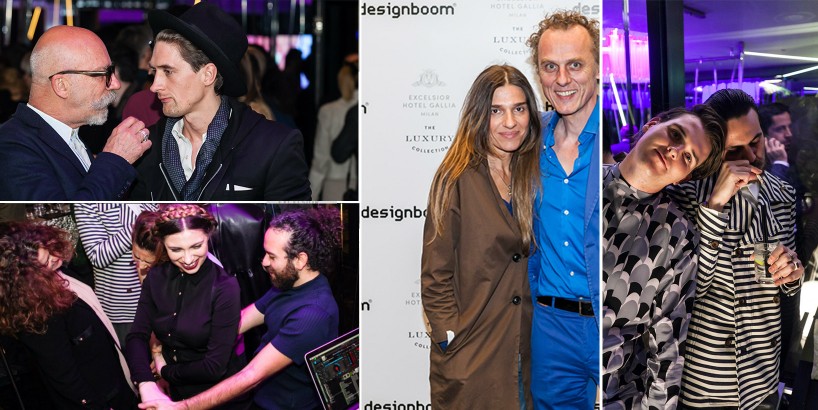 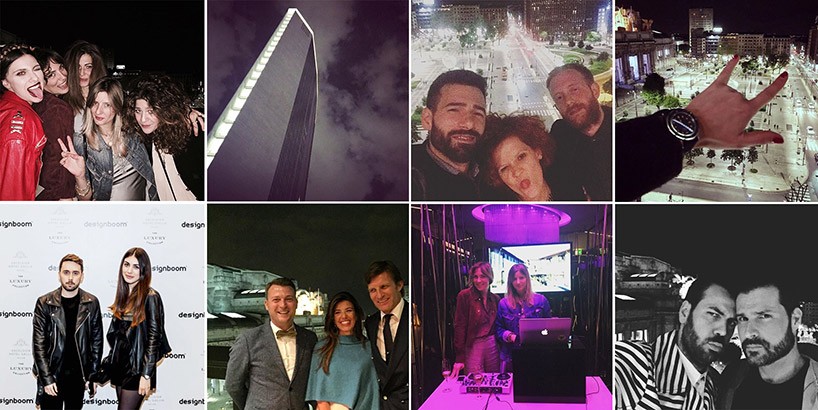 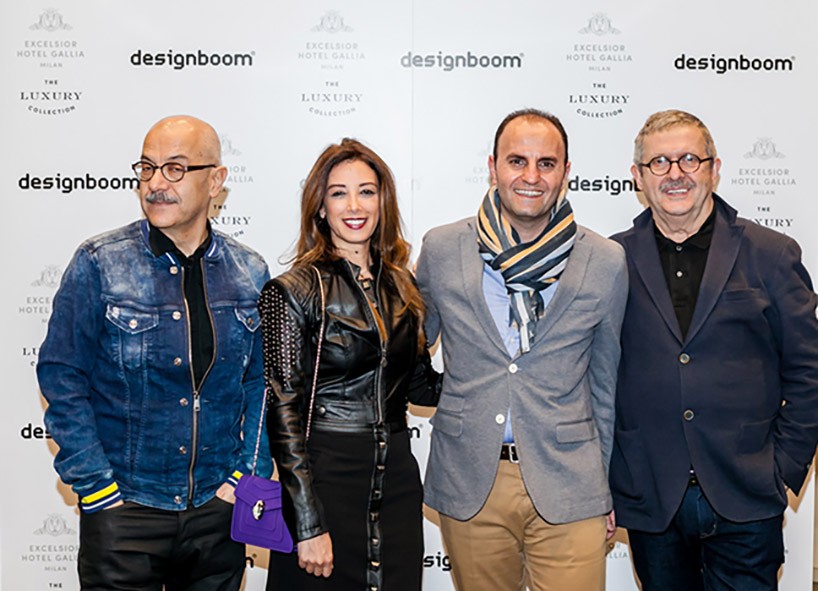 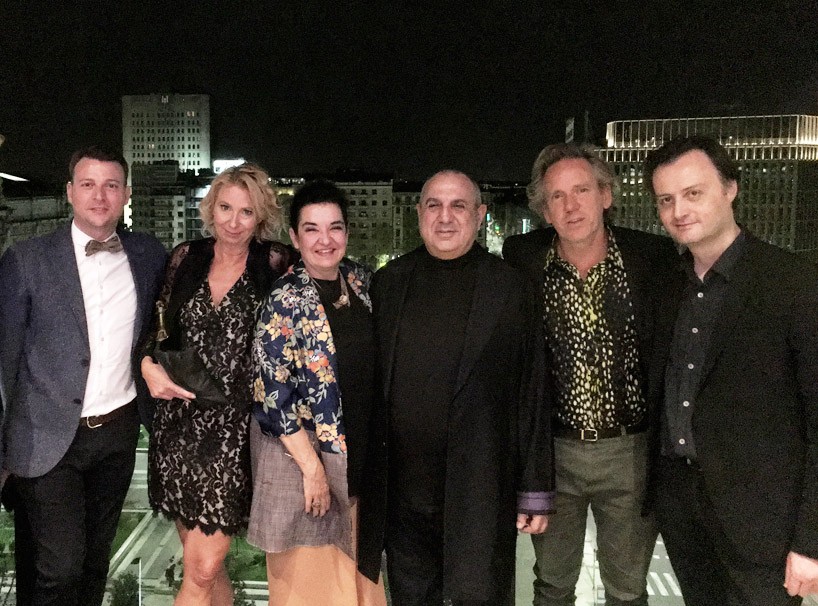 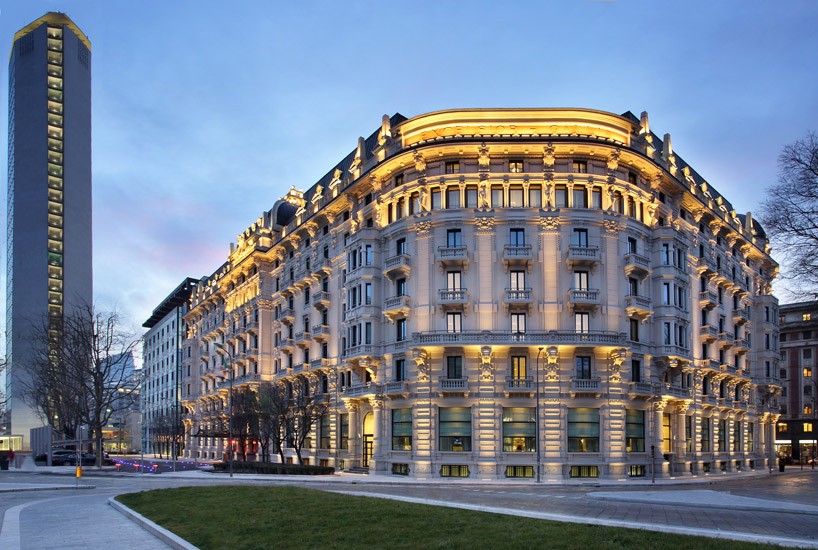 the terrazza gallia is milan’s new place for mixology. the unique viewpoint over milan caters for all weather conditions, providing a roof cover, outdoor heating and a glamorous indoor bar lounge.

the excelsior hotel gallia, dating back to 1932, offers a new perspective of the milan’s central railway station from the same historic period (1931), characterised by a blend of architecture styles, particularly the liberty and art deco styles, adorned with numerous sculptures. from the terrace, you can also see a close-up of gio ponti’s most famous architectural work, the pirelli tower (1958). and from a distance: the regione lombardia tower (2010) by pei cobb freed & partners, the asymmetrical unicredit tower (2012, by cesar pelli) and the diamond tower with its irregular geometry (2012) by lee polisano of kohn pedersen fox… 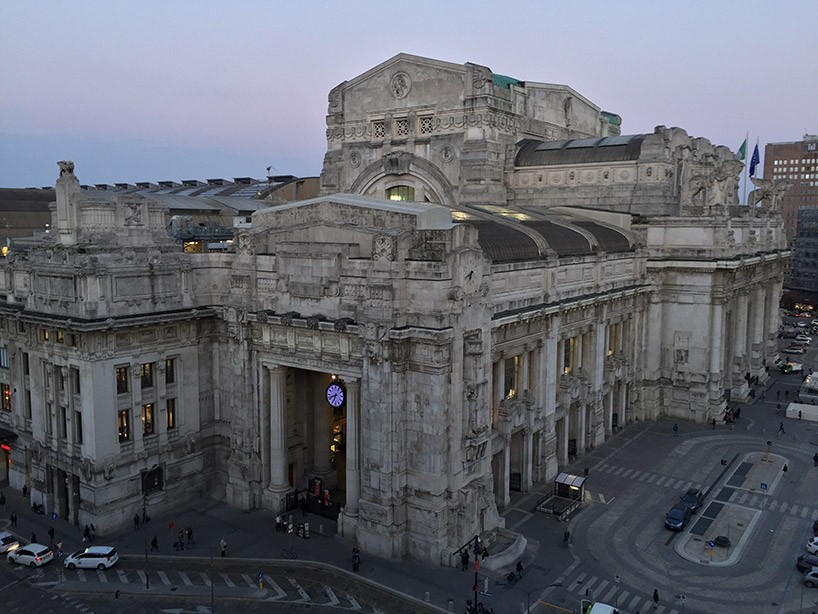 the construction of the hotel, which was designed and built by giuseppe laveni and aldo avati, was finished in 1927, when, instead of the present day piazza duca d’aosta, today headquarters to the central station, there was simply countryside and the outskirts of milan. both the hotel and the central station should have been inaugurated simultaneously, however delays with the monumental construction of the railway, saw the hotel open its doors well before.  as a result, this luxurious hotel with its elegant liberty-style facade – today still under the protection of the italian institute of fine arts – stood out in all its majestic splendour.

thank you excelsior gallia hotel for your kind collaboration and for hosting that special night. 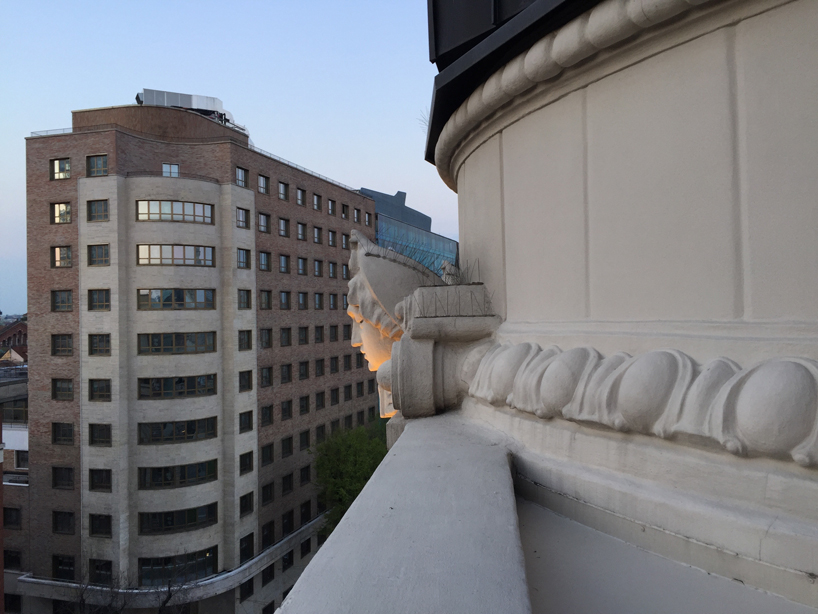 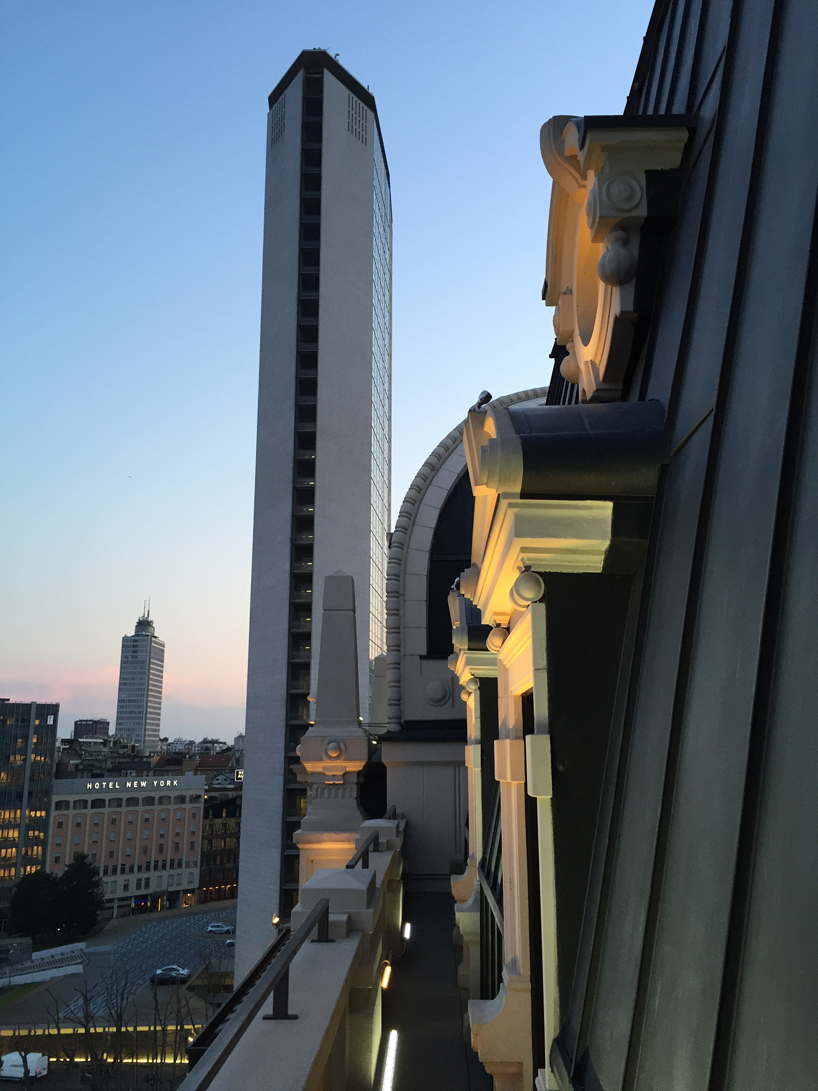 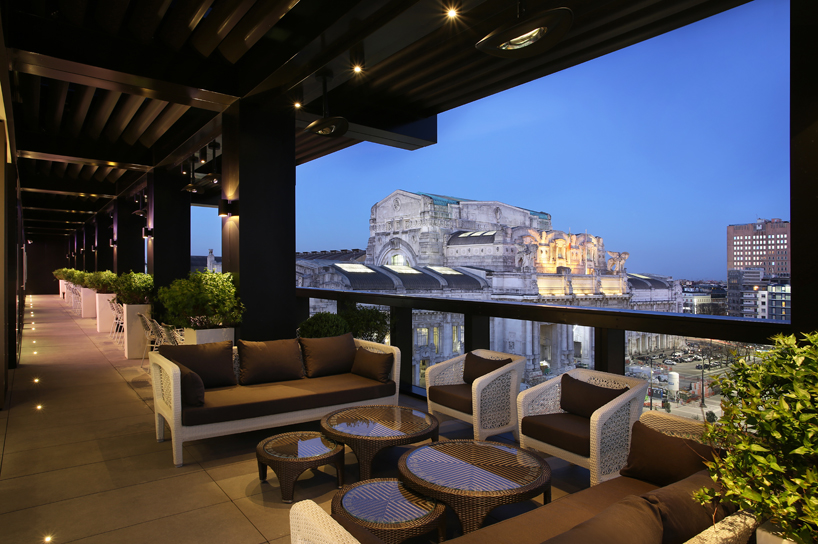 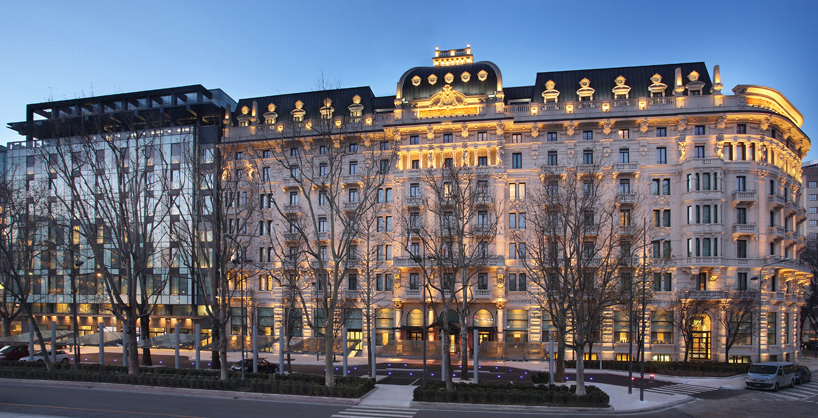 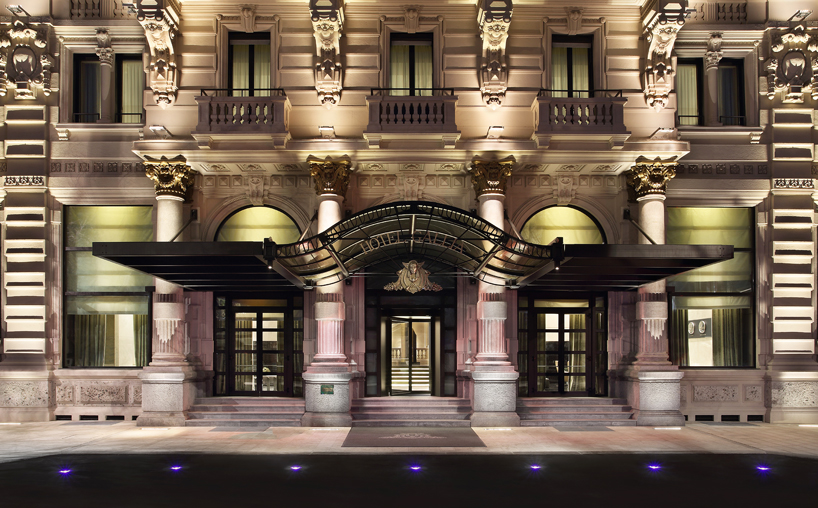 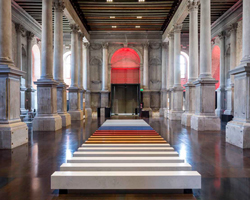 May 13, 2016
excelsior hotel gallia designed by marco piva is an expression of milanese history, style and elegance 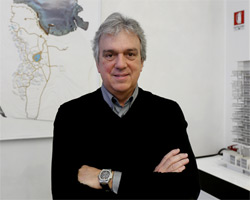