using light as their tools and the city as the canvas, three works in the 2010 milan LED light festival engage with ideas of time, memory, and modernity.

in ‘ieri, oggi, domani’ (‘yesterday, today, tomorrow’) by italian designer fabio novembre, LEDs recreate the forms of clothes hanging on clotheslines, illuminating the street. a highly technical reproduction of a centuries-old practice, the work converses with the dialogue between tradition and modernity. novembre likens the hanging forms to ‘flags of a new italy, made of fashion, style, and the joy of life.’ 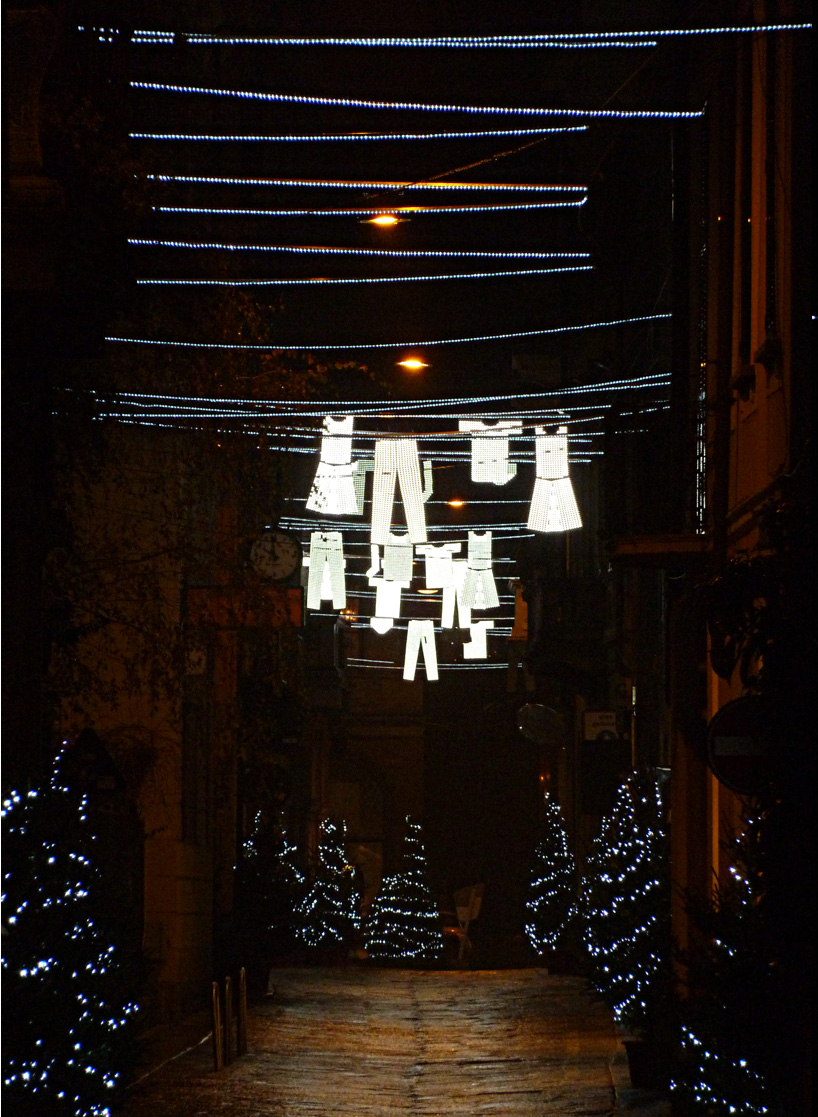 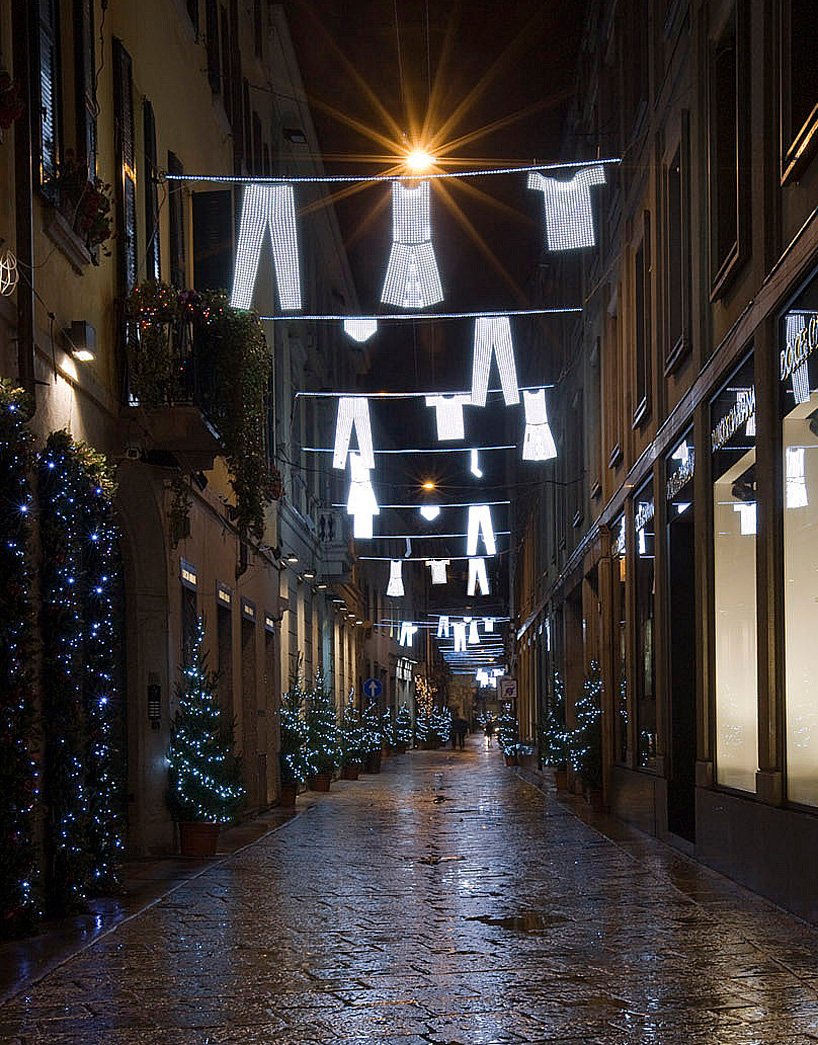 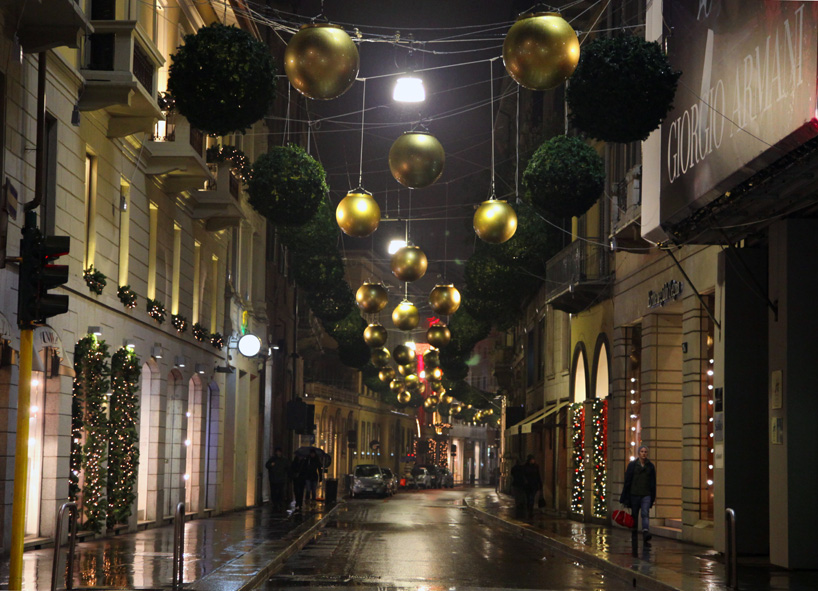 in ‘aurum,’ designed by italian architect matteo thun to be ecologically lightweight, hundreds of oversized golden and fir orbs hang illuminated above the street. the effect of the juxtaposition recalls childhood memories of the holiday season, while their size playfully suggests the way our perceptions change throughout the years. 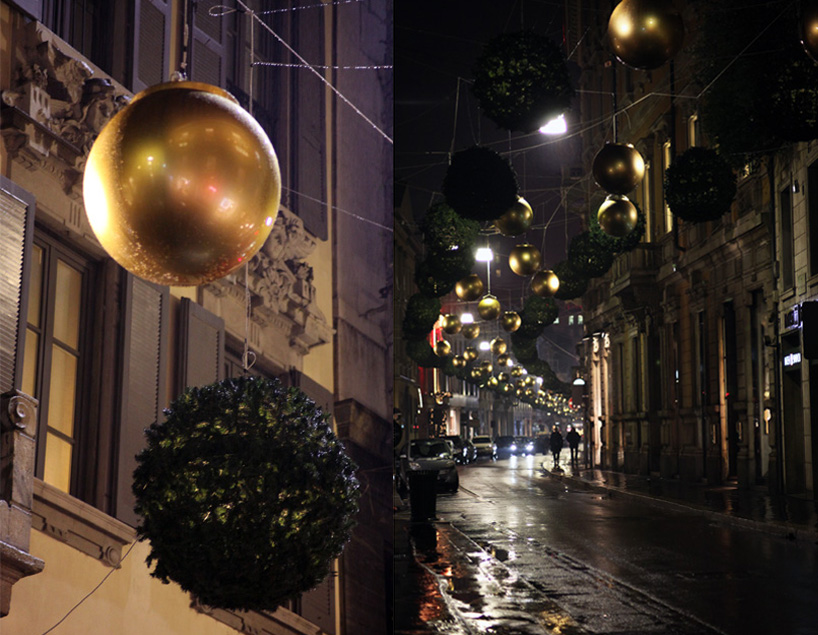 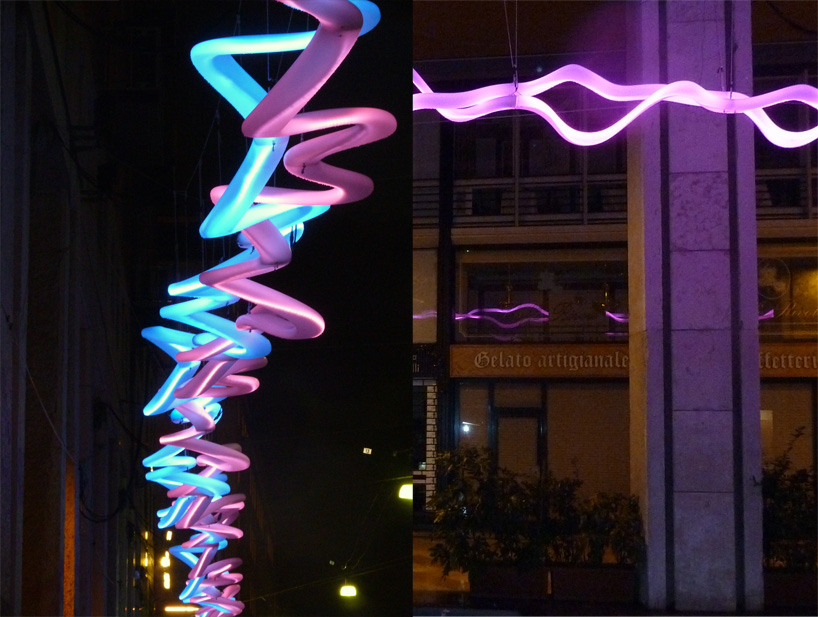 ‘dnarim,’ by new york-based designer karim rashid, suspends a spiral of light above the sidewalk. with a shape reminiscent of DNA, the piece’s colors shift almost imperceptibly across the spectrum from pinks and reds to purples and blues. 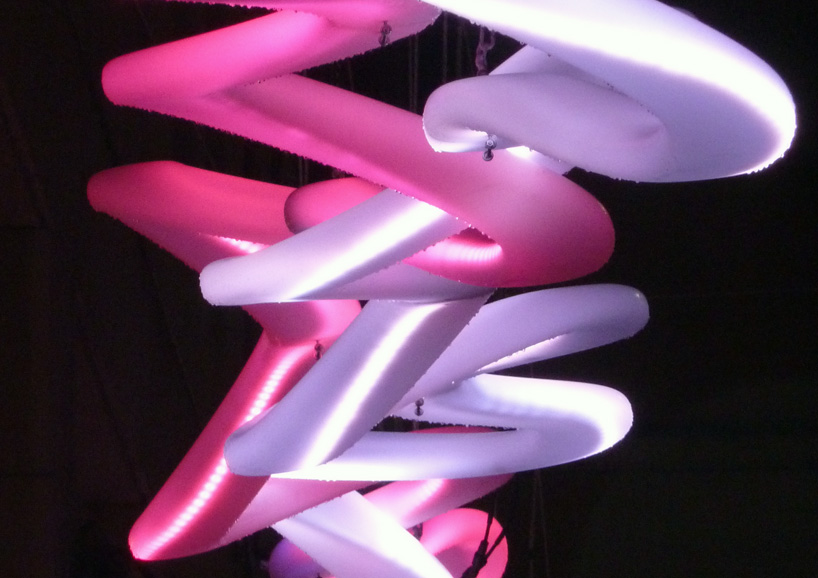 currently in its second year of what is hoped to be an annual event, the milan LED light festival is organized by the council of milan. over 600,000 LED lights were used for this year’s exhibition, and the sixty projects sited throughout the city will remain on display until january 10, 2011.