presented at le laboratoire in cambridge, USA, the ‘life in picoseconds’ exhibition has featured the immersive ‘atom screen’ installation by parisian design agency millimètre. the project is a continuation of the studio’s extensive research carried out since 2014 on clouds of moving particles, and how they respond to certain triggers. 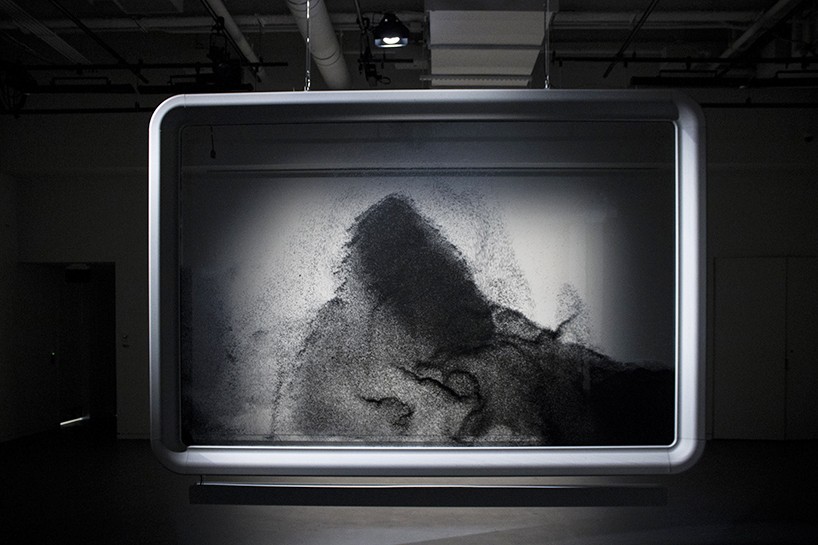 millimètre offers a unique screen experience at le laboratoire that visually guides the audience through a murmuration of particles moving in chaotic and prescribed ways. in the end, unusual and abstract representations are produced — conveying emotive, artistic and scientific impressions. from a R&D point of view, this prototype explores the interactions between antagonist phenomenons such as gravity, static electricity and fluid mechanics. to ensure harmony, a tailor-made software monitors swarms to play as a musical ballet. 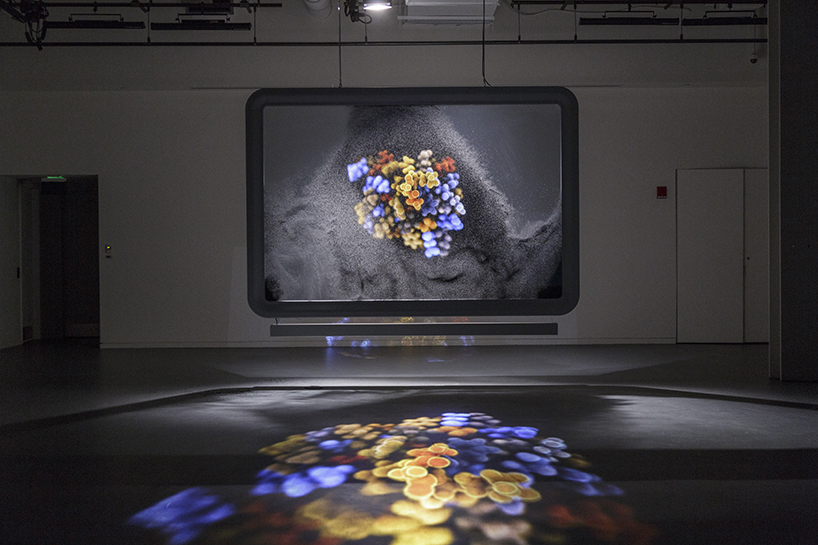 during the exhibition, particles rush in ceaseless motion which provide a kind of thermal agitation to the original film ‘life in picoseconds’ by scientist charles reilly from the WYSS institute. a clash of vivid colors and textures seem to be complementing the dark buzzing cloud of atoms, creating hypnotic visuals in the end. 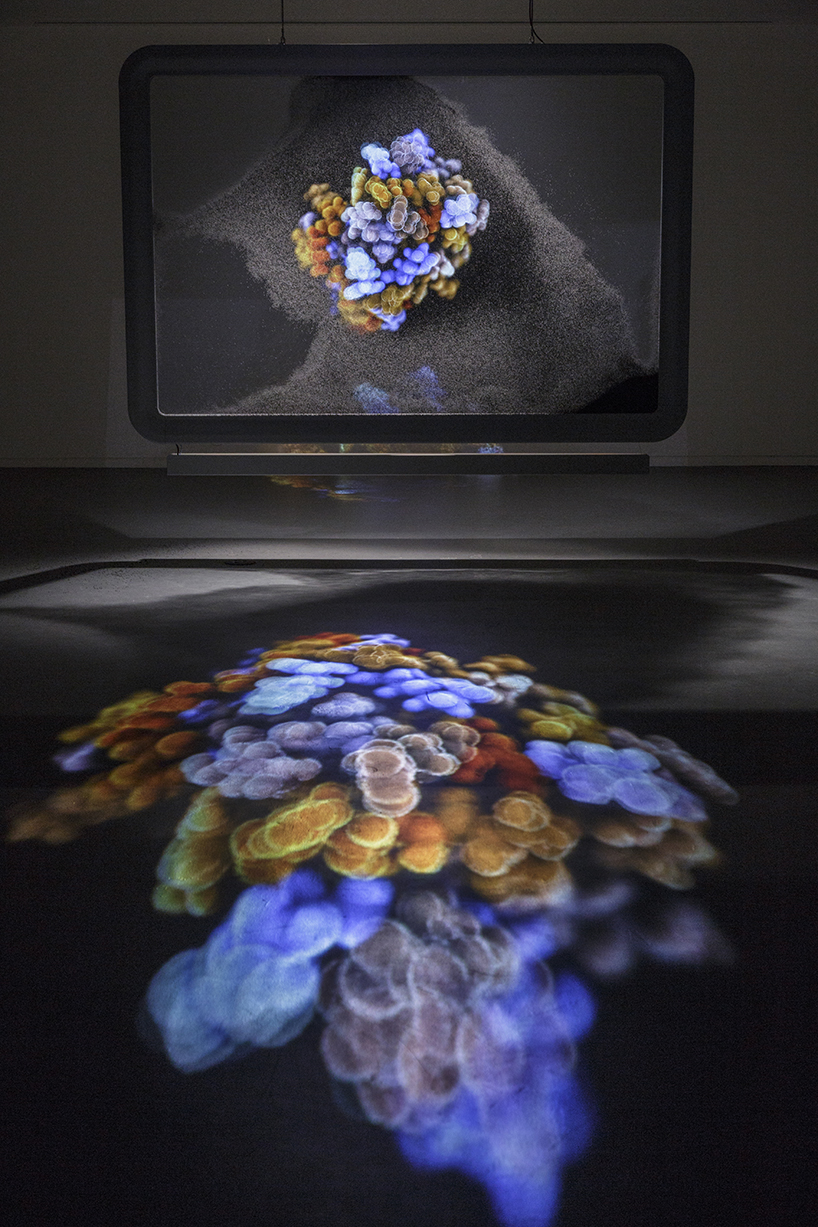 the life in picoseconds exhibition presented at le laboratoire in cambridge

the screen structure, produced by millimètre, is made of an aluminum frame, fans, carbon PS balls and transparent plastic sheets. finally, movements are generated by a custom made program developed by ZPLUS. 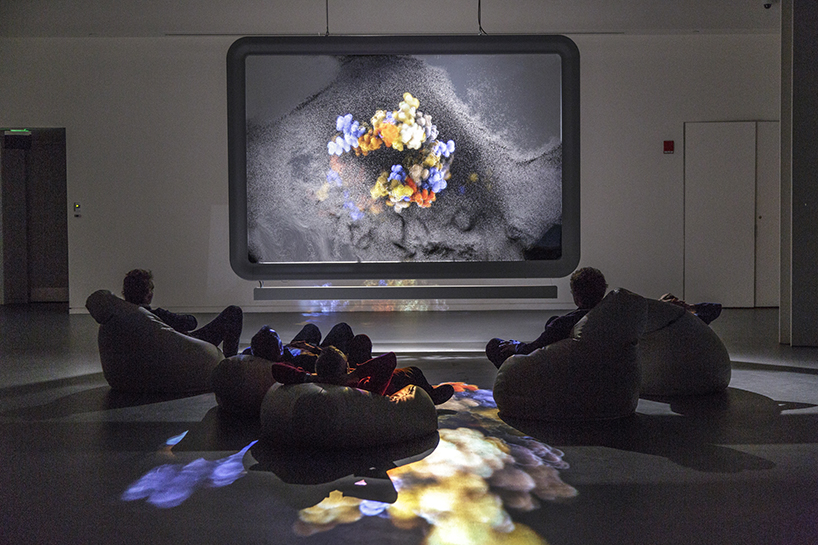 movements and simulations are generated by a program from ZPLUS 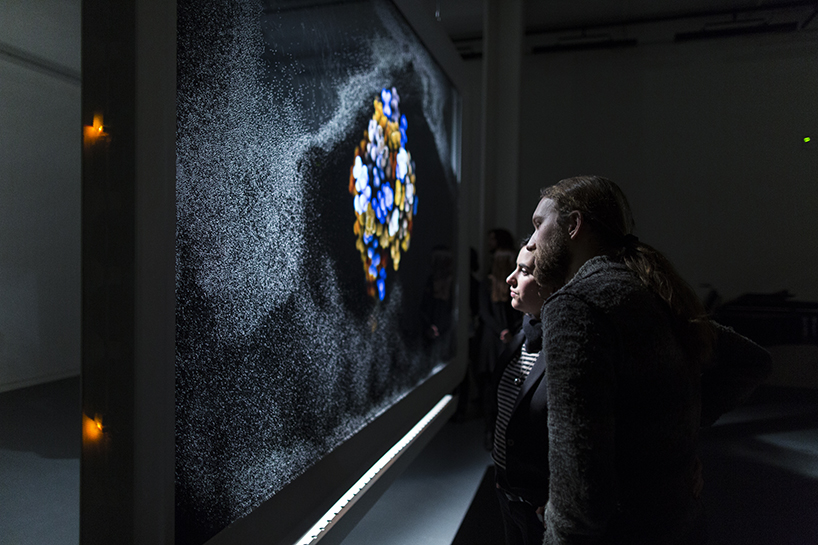 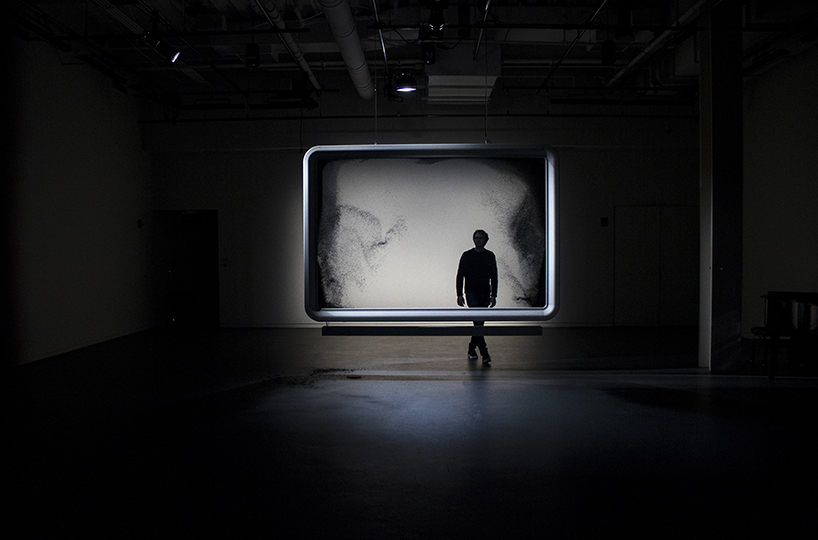 detail of the simulation with charles reilly’s overlapping movie 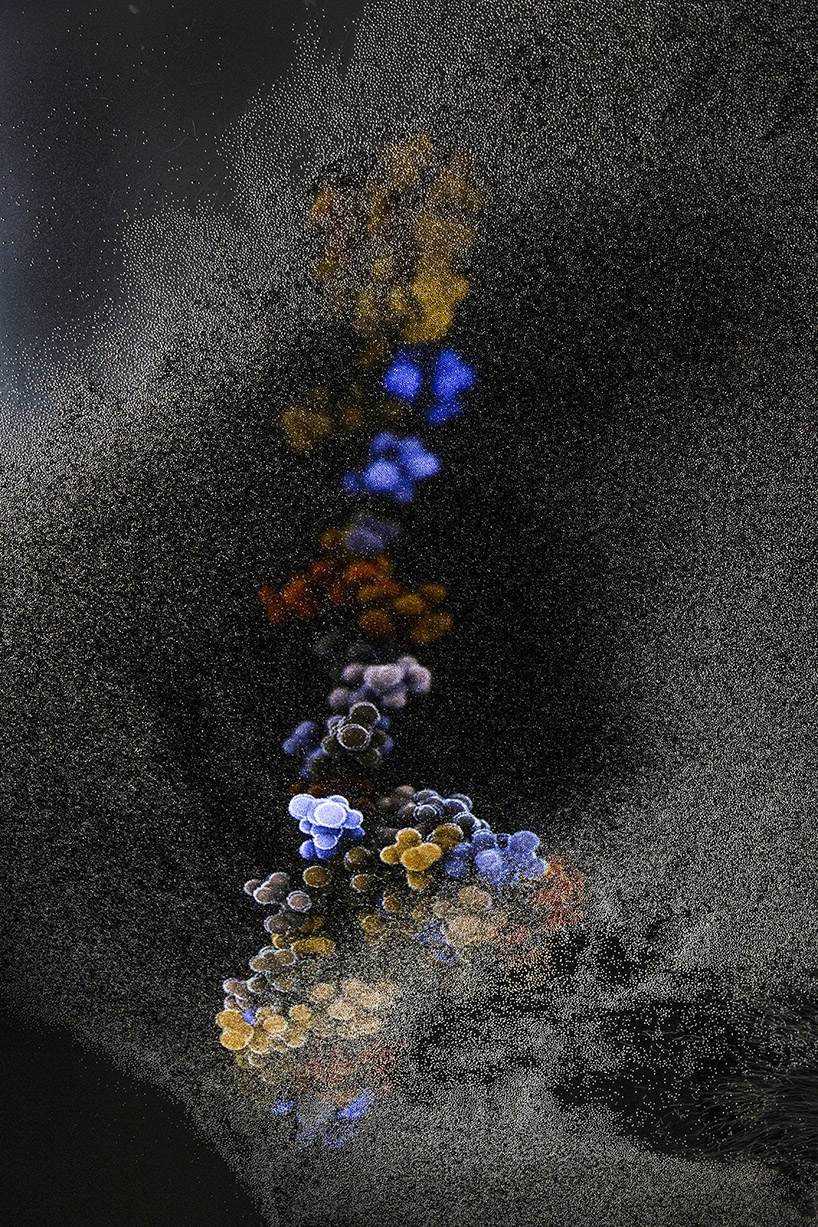 the vivid colors seem to be sprouting from the buzzing cloud 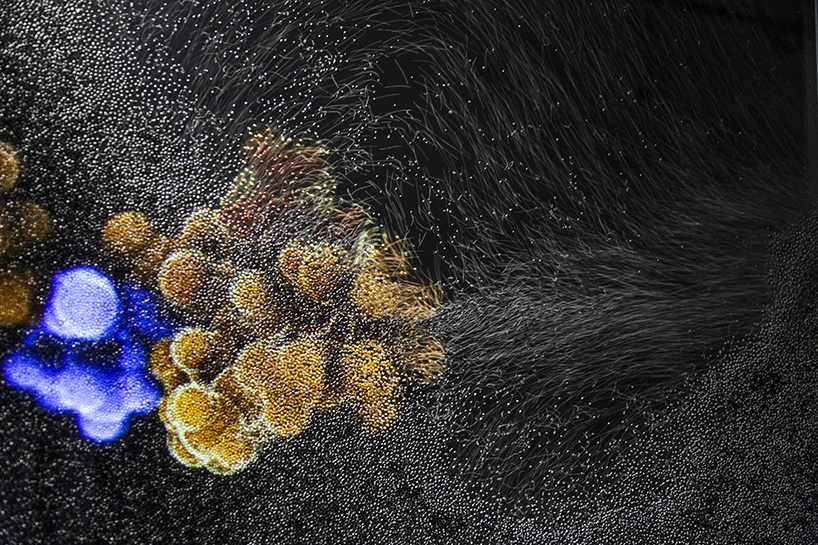 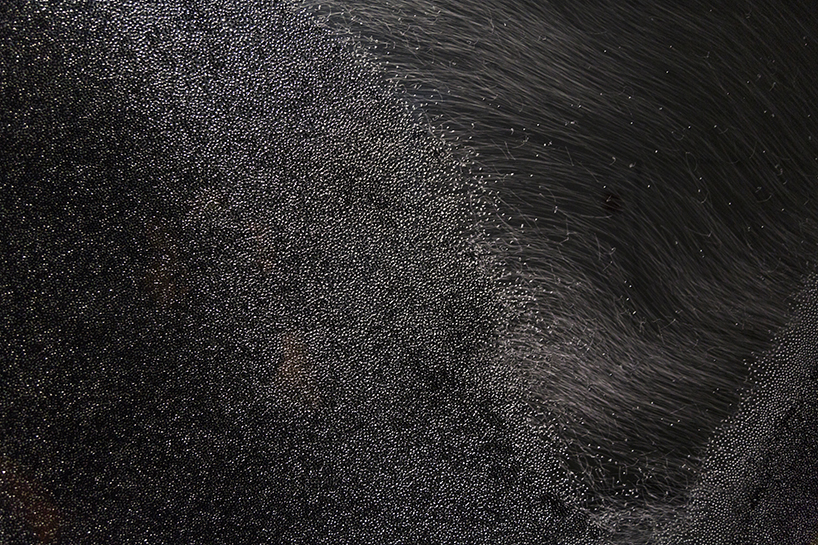 close up of the cloud particle motions
image © john kennard 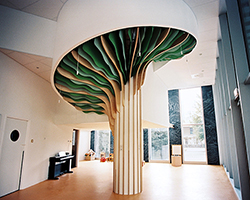 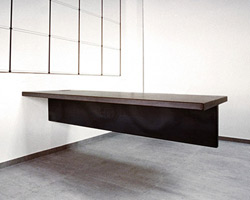 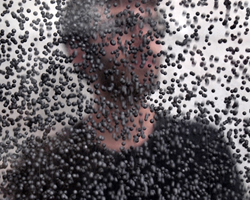 May 09, 2021
unfolding the art of pleating: history + techniques that have fascinated the world of fashion
human touch, tradition, experience and entrusted knowledge is still very much at the heart of this painstaking and time-honored craft.
design
486 shares
connections: 78