requiring only a single glass of water, the misoka toothbrush is developed with bristles treated with nano-mineral coating to enable teeth-cleaning and polishing without the need of toothpaste. presented at maison et objet, the concept was launched by japanese company yume shokunin. the simplistic and glossy form has been designed to bring to mind an image of water; the fluid body of the toothbrush unconsciously makes the user grip in gently- leading to more careful brushing. 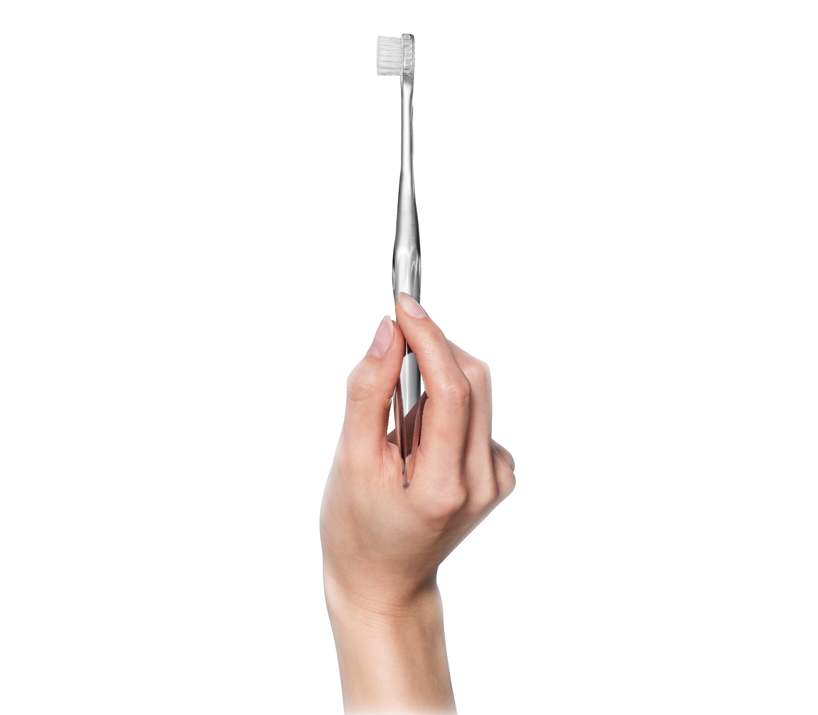 the concept was developed in 2007, the toothbrushes weaken after a month of use therefore needs to be replaced

for use, the brush only needs to be dipped in water. the ‘ultra fine tipped’ and tapered bristles are small enough to reach even the most difficult areas and enables ions to pass onto the teeth to remove impurities, stains and ultimately, form a protective coating on the enamel. 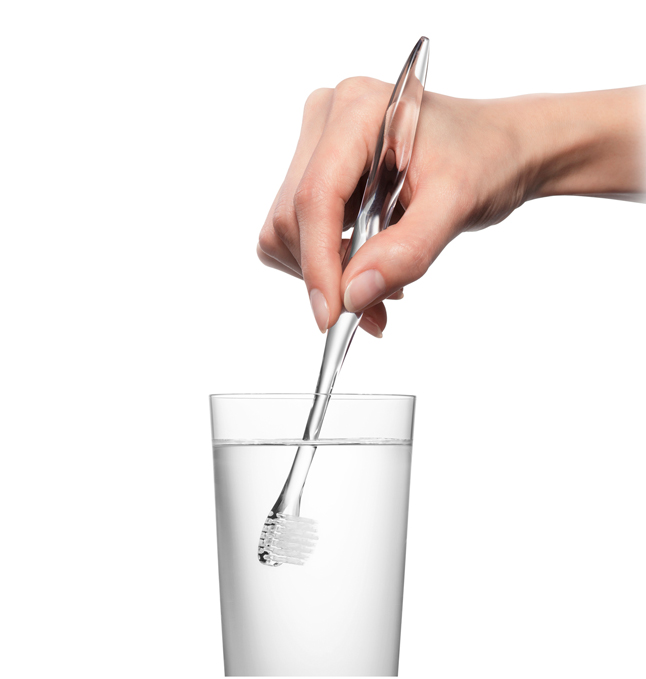 crafted in japan, the brand have launched variations of the original model such as the misoka V with hybrid bristles, the travel and free-standing series. despite the release of different versions since its creation in 2007, the misoka is changing the very concept of the ‘toothbrush’. 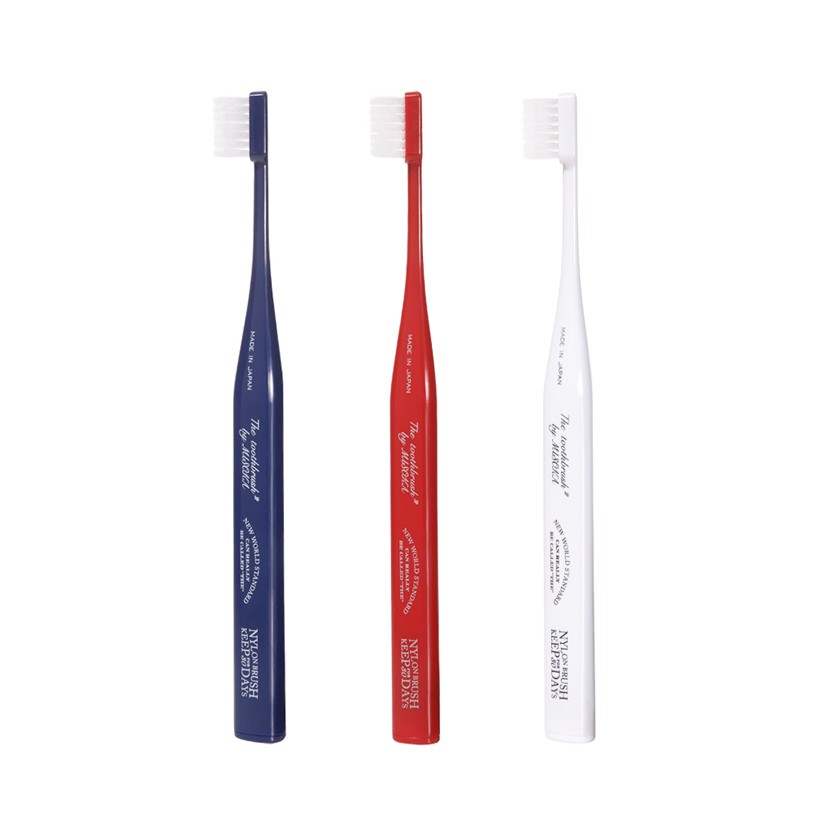 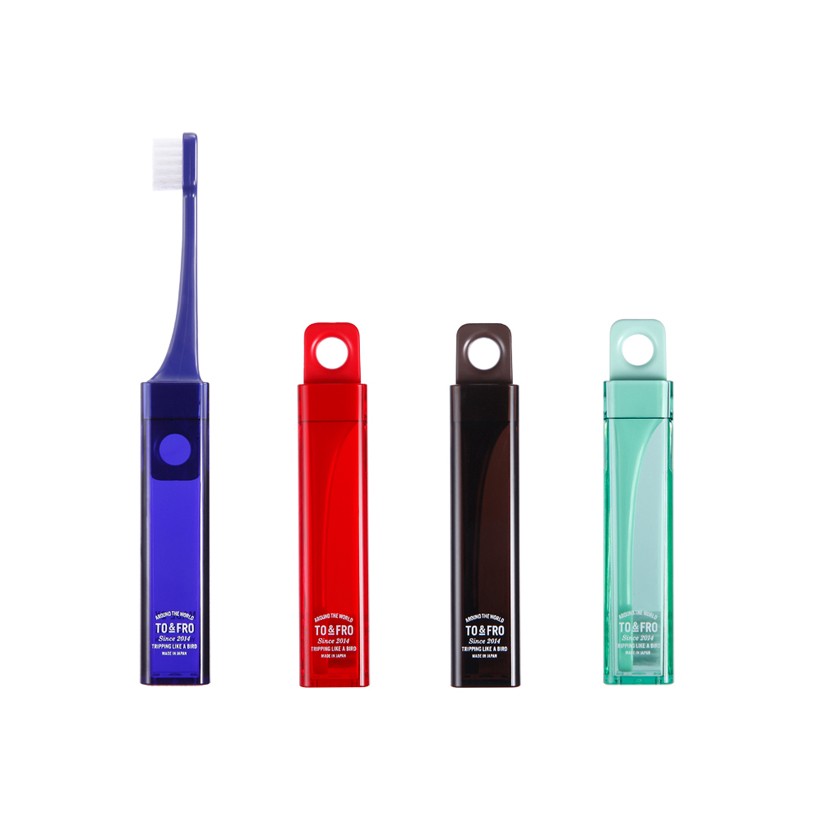 the travel versions for TO&FRO is lightweight, compact with a size smaller than a stick of gum 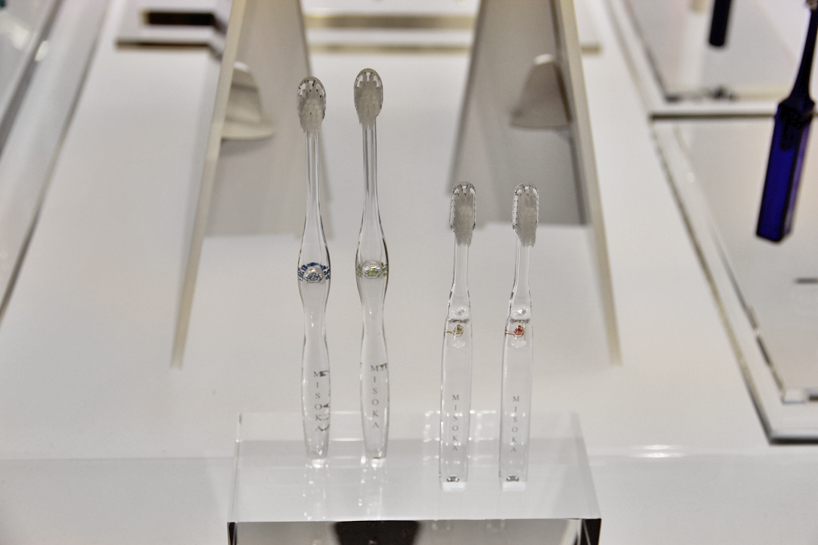 the bristles are coated with nano-sized magnesium, calcium and sodium
image © designboom 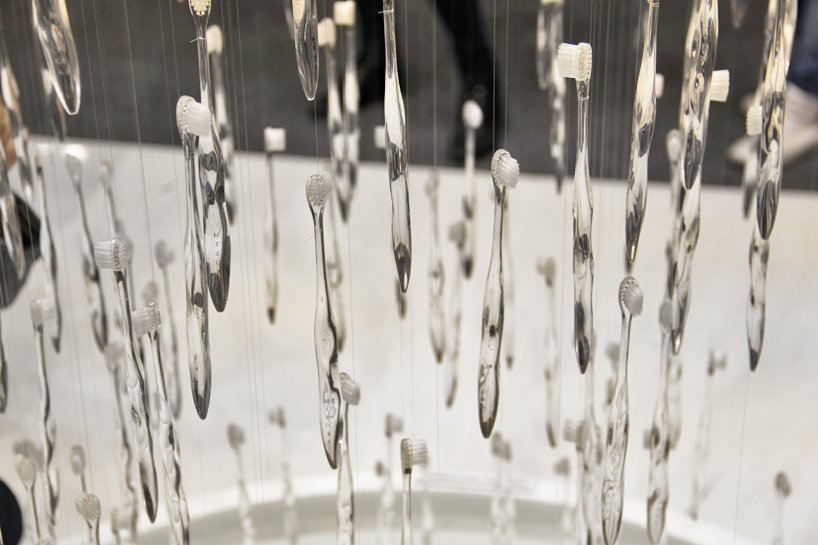 an installation of the misoka toothbrushes at maison et objet