Milan’s Prada show took place on September 22nd with new surprises in the form of an immersive installation and set design. For the Spring/Summer 2023 Prada womenswear collection, Miuccia Prada and Raf Simons have partnered with Danish film director Nicolas Winding Refn. Seeking to frame and contextualize the collection, the collaboration has taken shape with a unique experience for the season entitled ‘Touch of Crude.’

The experience comprised an immersive installation, the runway show’s physical environment in collaboration with AMO — OMA’s research and design studio — and a series of interconnected short films soundtracked by composer Cliff Martinez. These shorts will be presented both digitally and physically at the show in Milan. Nicolas Winding Refn, known for movies such as Drive and the Pusher trilogy, will hint at themes of Domestic Voyeurism, giving an intimate perspective into the unfiltered rawness of domesticity. 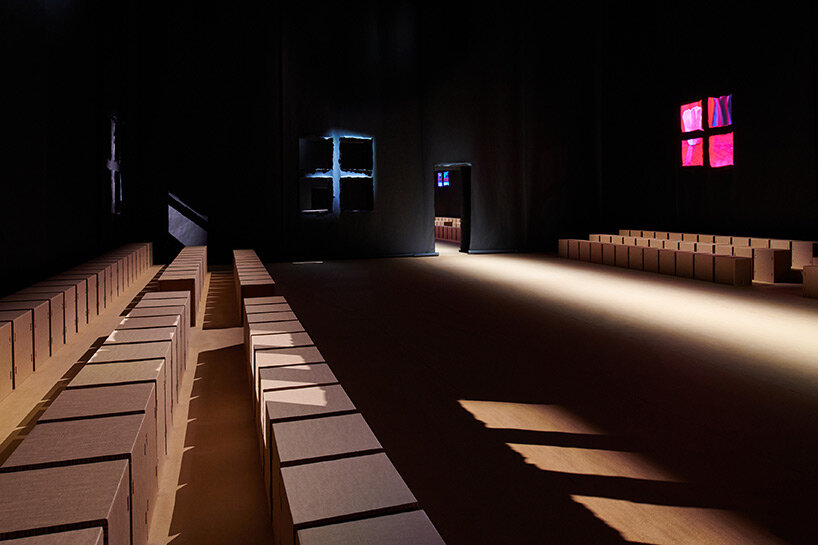 Together with the multidimensional show, ‘Touch of Crude,’ Miuccia Prada, Raf Simons, and Nicolas Winding Refn will host a conversation to illustrate their creative dialogue and exchange. The panel has been showcased on the the fashion house‘s channels on September 22th, following the reveal of Prada’s Spring/Summer 2023 collection.

The team describes the show: ‘There an interrelationship between the raw and the sensual, between delicacy and roughness, an emulsification of contrasts. The collection plays constantly with dissimilitude and paradox, shifting between different visions, separate realities.

‘Mirroring the décor of the show space — a black paper panopticon, itself a sublimation of a domestic sphere, a reality — a paper-based fabric is used for a series of dresses, torn against the body, intimate and impulsive. Human gestures animate surfaces — traces of life shape the forms of garments, intentional rifts, twists, creases and folds capture a spontaneity, like memories of beauty embedded in cloth. Acts of refinement are energized with a sense of the accidental, representative of creative freedom, gestures of liberation.’ 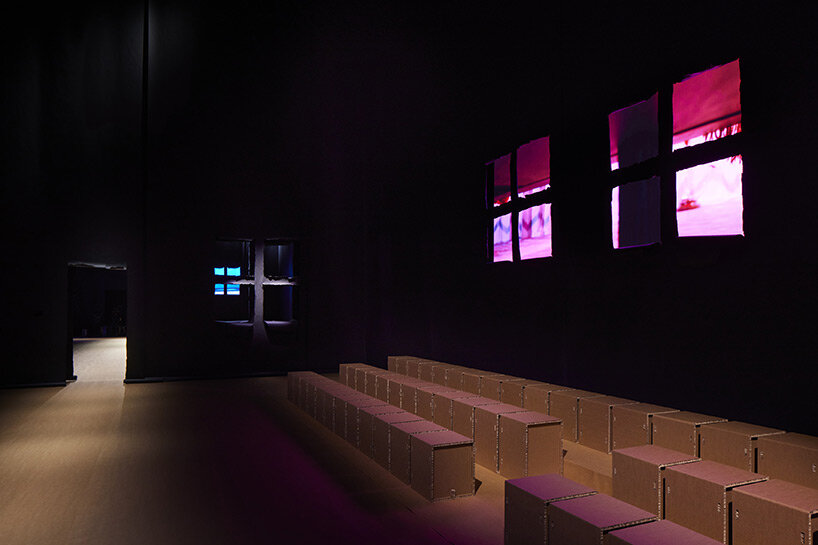 ‘Reality translates to humanity. It is reflected through a sense of the hand, a touch of the crude, a rawness that evokes a fragility. Day and evening clothes cross-pollinate, the signs and signifiers of each shifting – opera coats fuse with leather jackets, tailoring borrows trains of fabric.

‘Clothes for the intimacy of the home in delicate pastel tones fuse with outerwear, a blurring of distinct realities, while a notion of Prada uniform, in bodysuits of poplin shirting in industrial colors, denotes a minimalized reality.

‘Accessories propose an antique nappa, surfaces patinated, pressed and wrinkled, used to reinterpret archetypal and classic Prada handbag silhouettes. Polarities are explored between minimalism and decoration, occasion and everyday – as in life, in reality, unanticipated dichotomies are observed, explored, embraced.’ 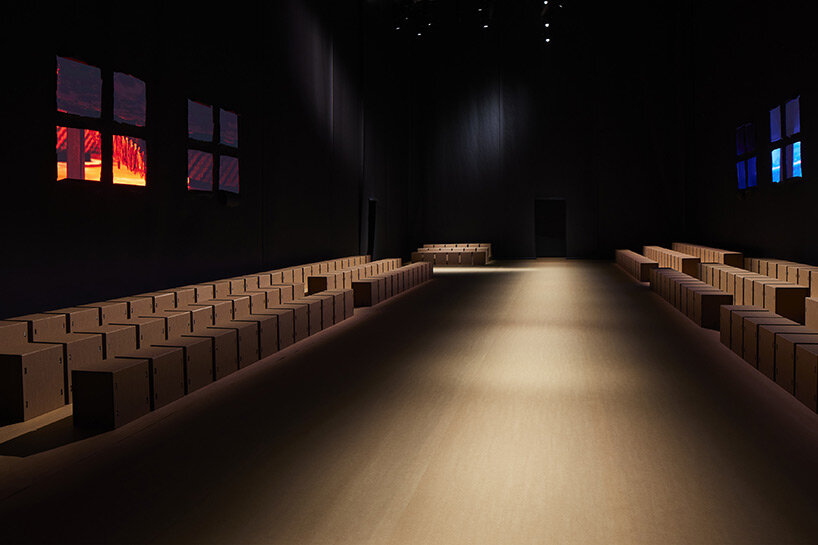 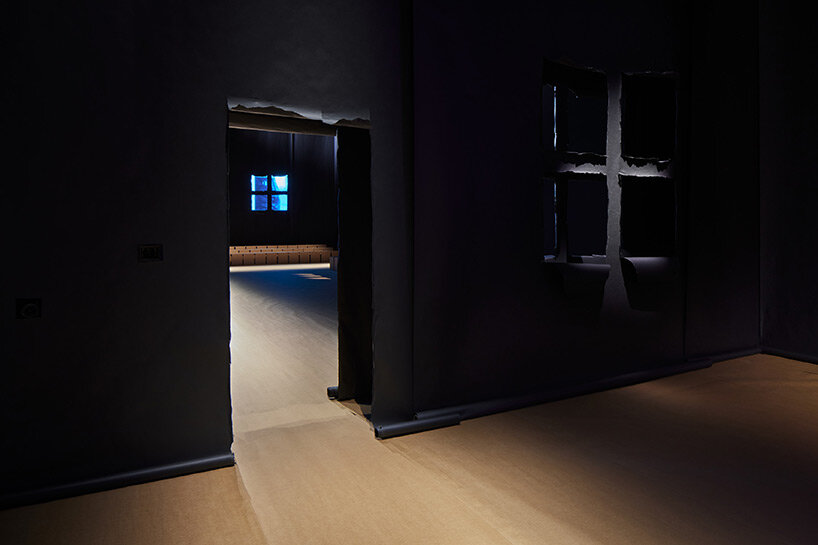 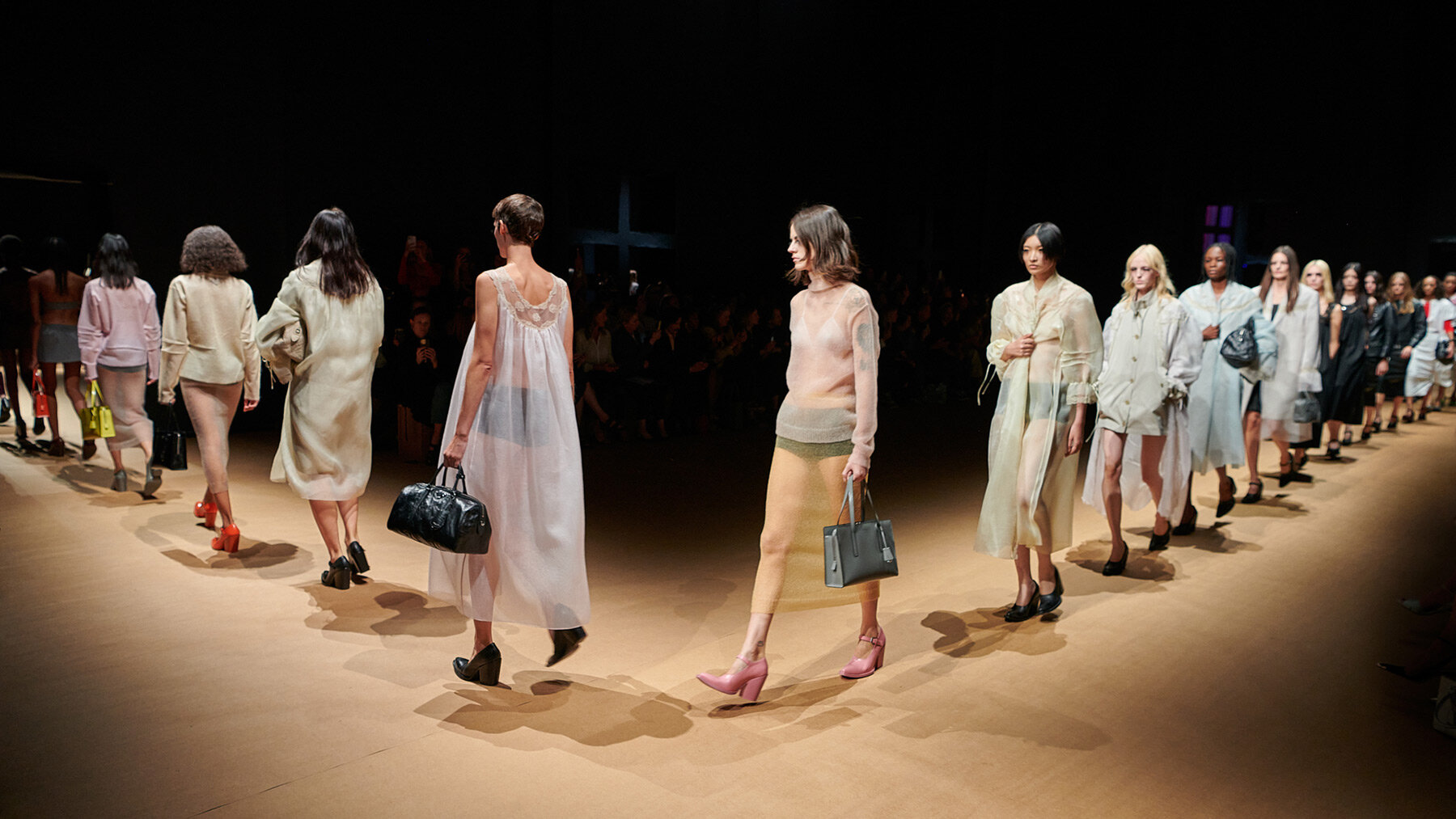 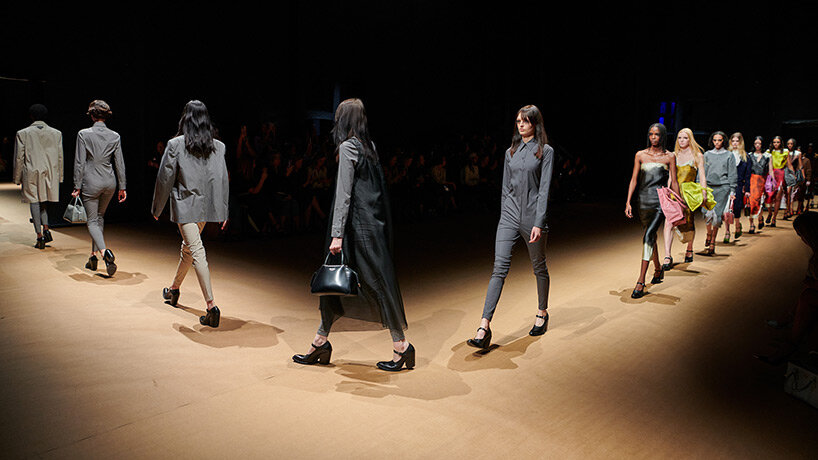 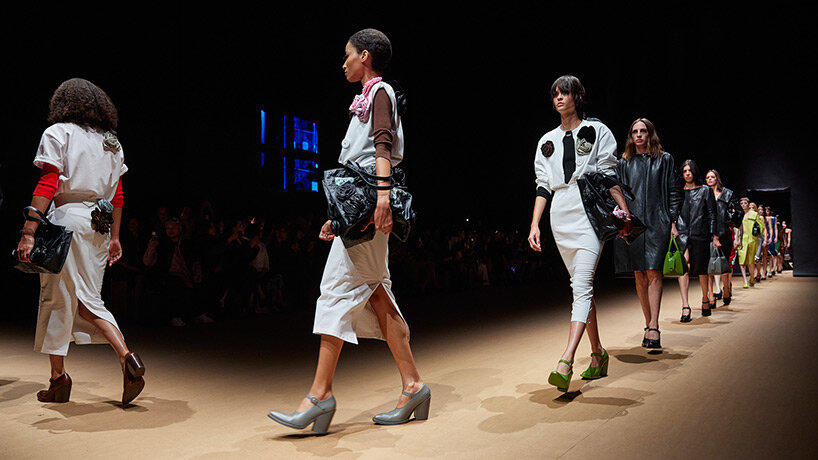 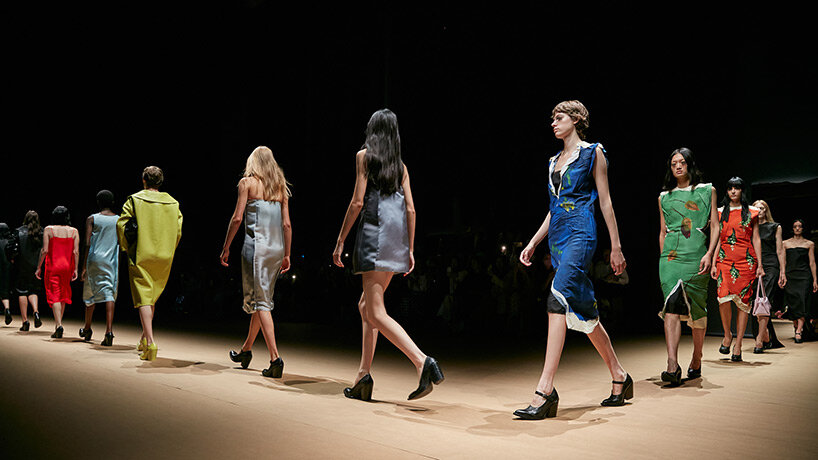 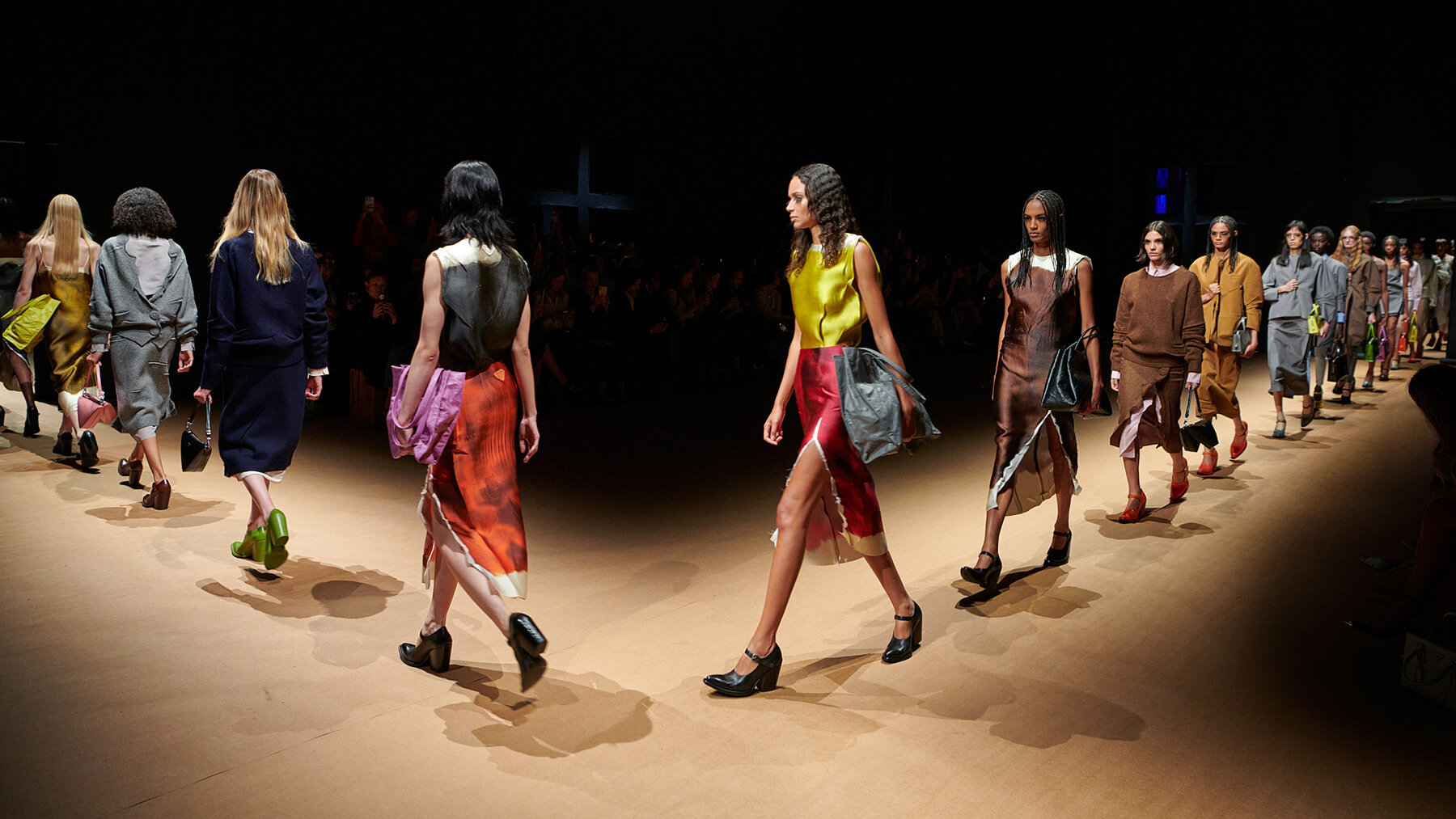