MO-CLEAN/14 aka. ‘the banker’ removes traces of cocaine from banknotes

a study conducted in 2009 by chemist yuegang zuo from the university of massachusetts revealed that up to 90% of banknotes in the united states contain traces of cocaine — from between 0.006 micrograms to 1.24 micrograms per bill. zuo’s research confirmed that there was an increase of 20% of the quantity coke transported on paper money compared to an earlier study in 2007. 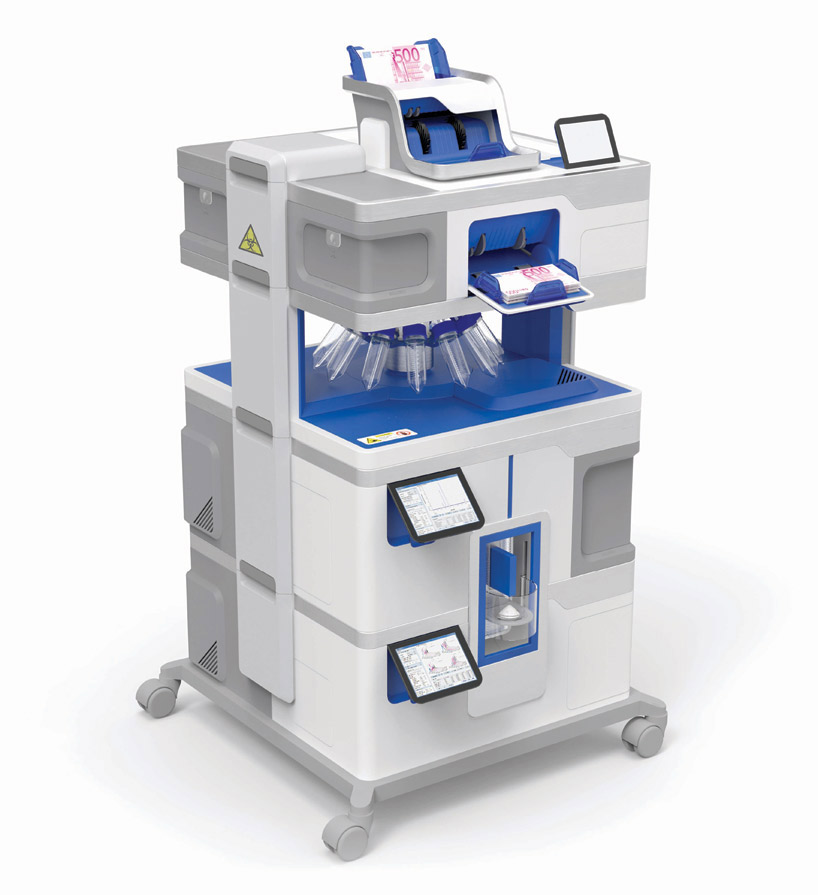 MO-CLEAN/14 aka. ‘the banker’ is mean to reference a standard copy machine you would find in any corporate office

in 2008, following these statistics, francesco morackini responded to these numbers by developing a complex machine in the form of ‘MO-CLEAN/14 aka. the banker’ which at its essence, automatically and systematically detects traces of cocaine from banknotes. he has further developed the concept now by unassumingly giving it the form of a standard office copy or distributor machine one would find at their local bank branch. the device encompasses five different functions housed within the appliance: banknote counting machine; banknote cleaning machine; centrifuge; high performance liquid chromatograph (HPLC) and mas-spectrometer. 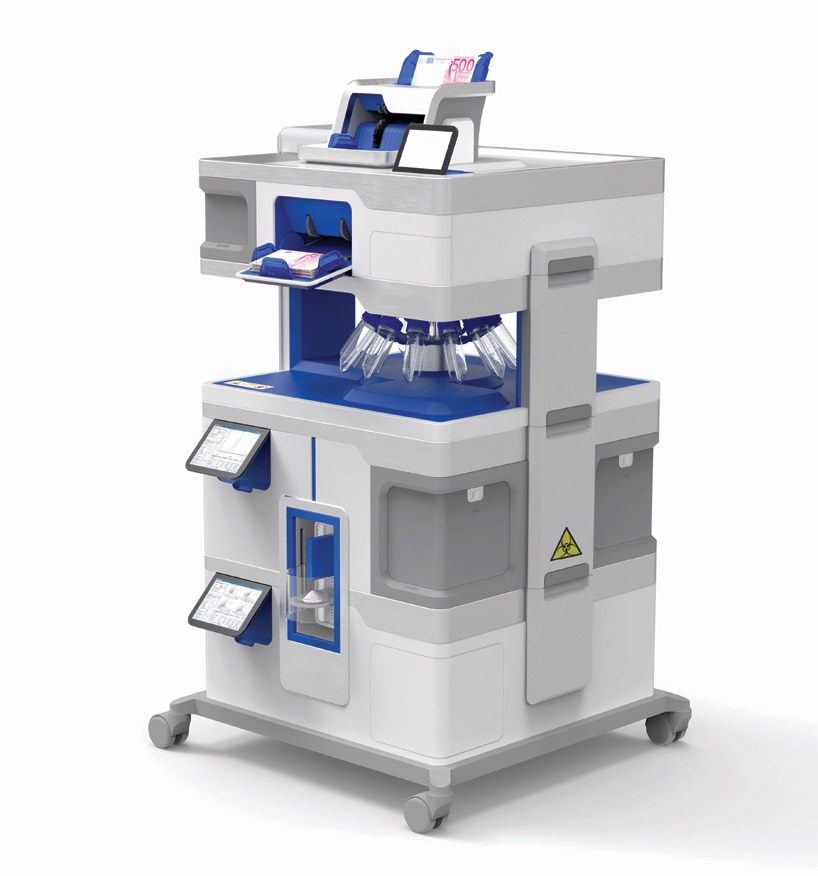 the bills are placed within the counting machine which are then scanned and cleaned through the use of solvents. the extracted substances are then distributed into a centrifuge and divided according to their varying densities. at this phase, the cocaine is then transferred into the HPLC unit, separating the matter and ejecting it into the MS control unit. in this final step the various components detected in the HPLC are separated and controlled, finally deliver 99% pure cocaine crystals.

‘MO-CLEAN/14 aka. ‘the banker” is all about taking the business of banking to new highs. 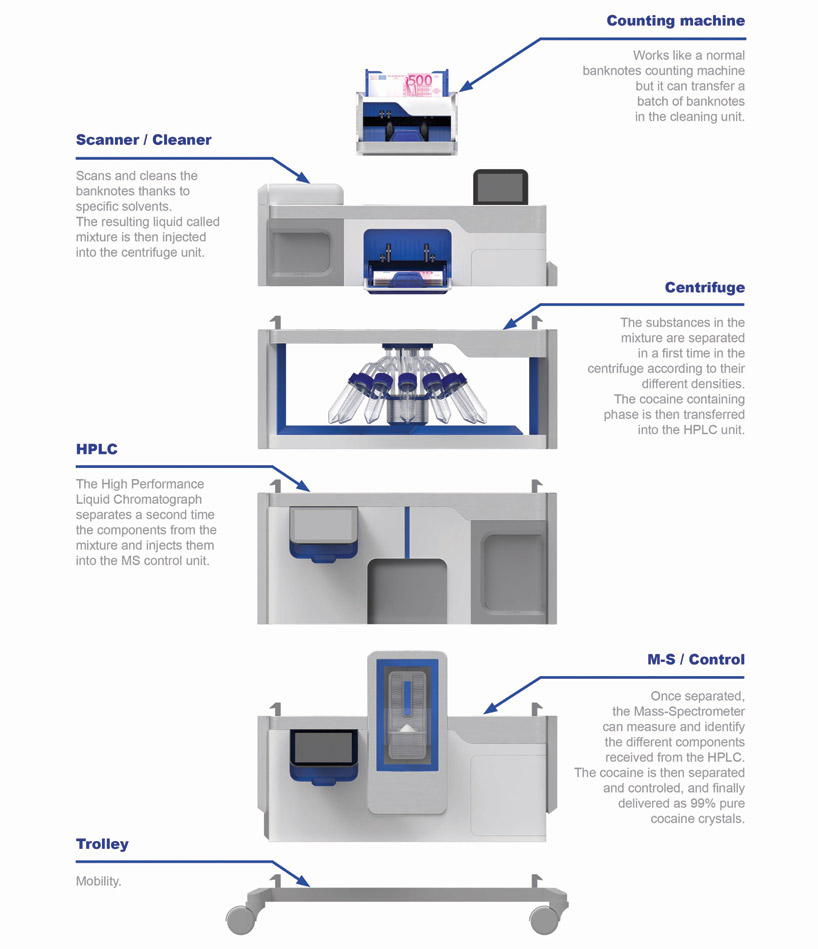 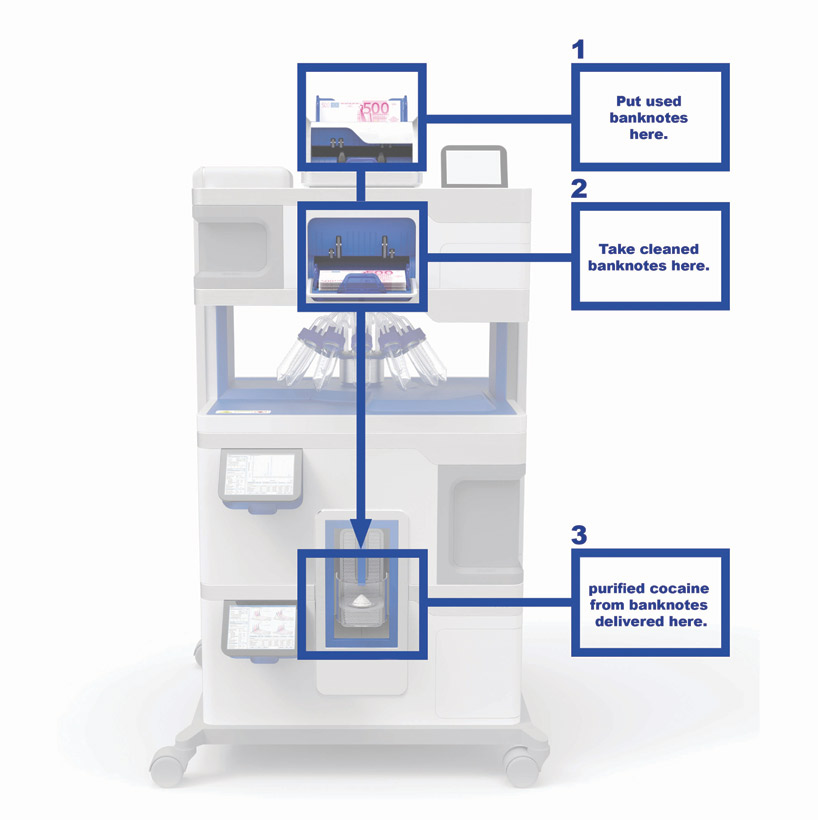 the machine counts and cleans banknotes

in its final step, MO-CLEAN/14 aka. ‘the banker’ outputs 99% pure cocaine crystals