we all know that bicycle helmets commonly feature a hard plastic shell with an elongated shape that protects your forehead during forward fall, decreasing the force of impact. this typical form of protective head gear usually features long vents cut through the top of the shell that provide increased airflow during long distance treks. the ventilation system also helps to absorb your perspiration, but for the casual biker style and comfort remains tops. here’s a look at some modern takes on the bicycle helmet:

danish company yakkay produces bicycle helmets are a take on modern hat classics. combining safety with appearance, the helmets allow wearers to adapt them according to their personal style. the shell of the helmet remains the same, ‘hat’ covers’ are available to switch things up. if you want a new look, don’t change your helmet, just change the cover. 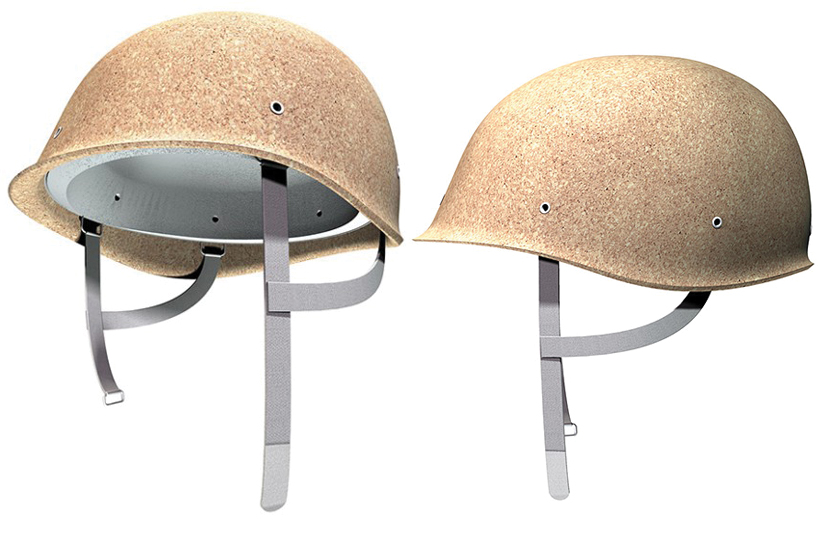 kévin goupil’s cork bicycle helmet is fashioned off old french army helmets and is outfitted with a cushioned suspension wrapped with a sustainable harvested cork hell. the perfect defense mechanism within the realm of city cycling.

a commission by the city of new york, the NYC helmet by san francisco-based yves behar / fuseproject is composed of a modular system made-up of two components: a protective polystyrene inner shell and a soft fabric outer cover with integrated straps, giving owners the ability to customize and personalize the outer cover which separates from the protective shell for easy cleaning. 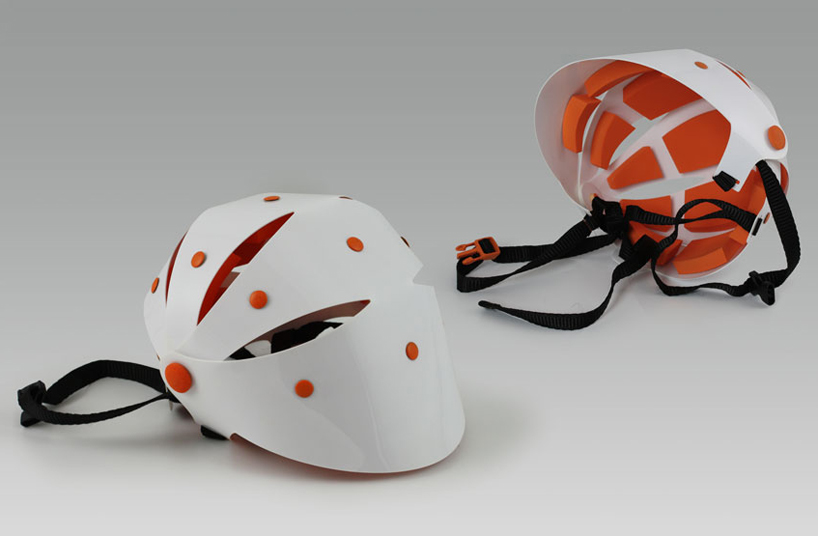 ‘helmet B’ by julien gergignat

the armadillo is an animal recognized for its plates that form a protective shell when it feels threatened. this was the starting point for the concept of ‘helmet B’ by french designer julien bergignat with patrice mouille. the helmet body is obtained by cutting a plate of polypropylene protection elements added by molded of EPP (expanded polypropylene). just fold the wings of the helmet inward and fix them with a pressure clip and the helmet is ready for use. the selected material has a high absorption power and is durable. 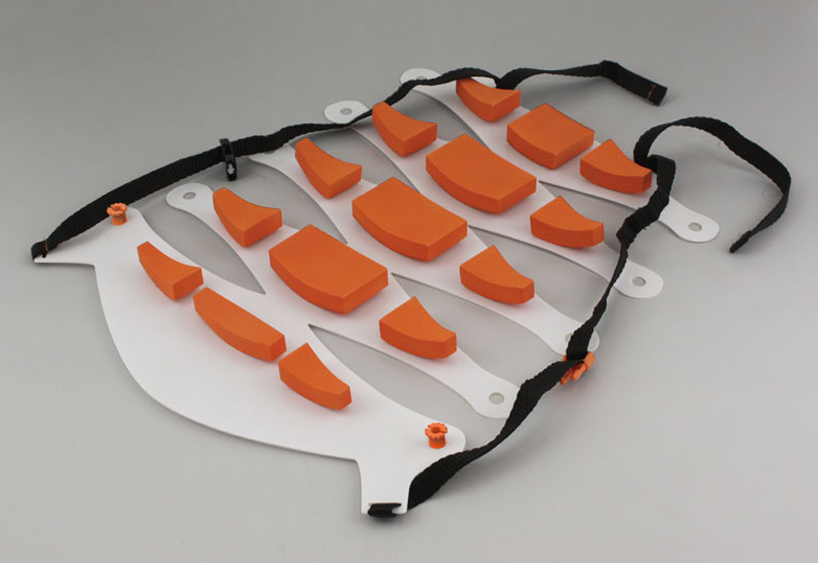 ‘helmet B’ in its flat form 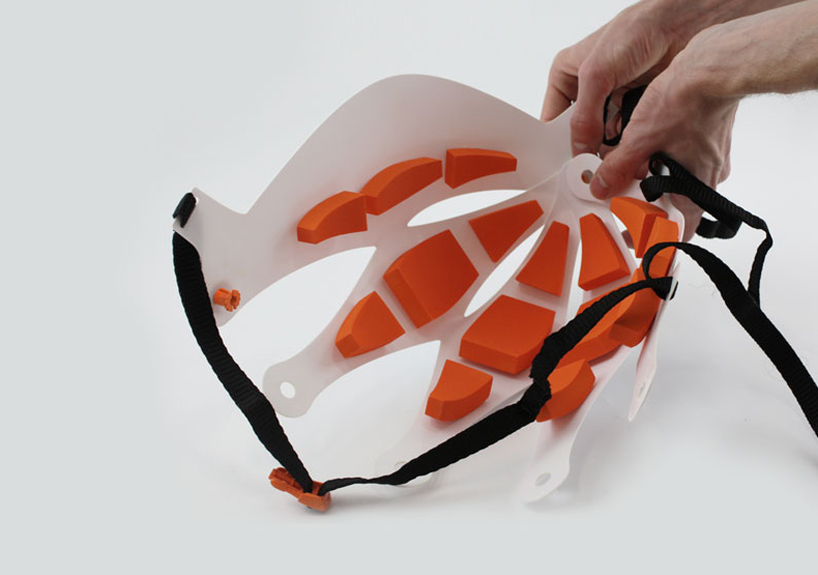 fastening the helmet into place using a pressure clip

helmet B from Opton on Vimeo. 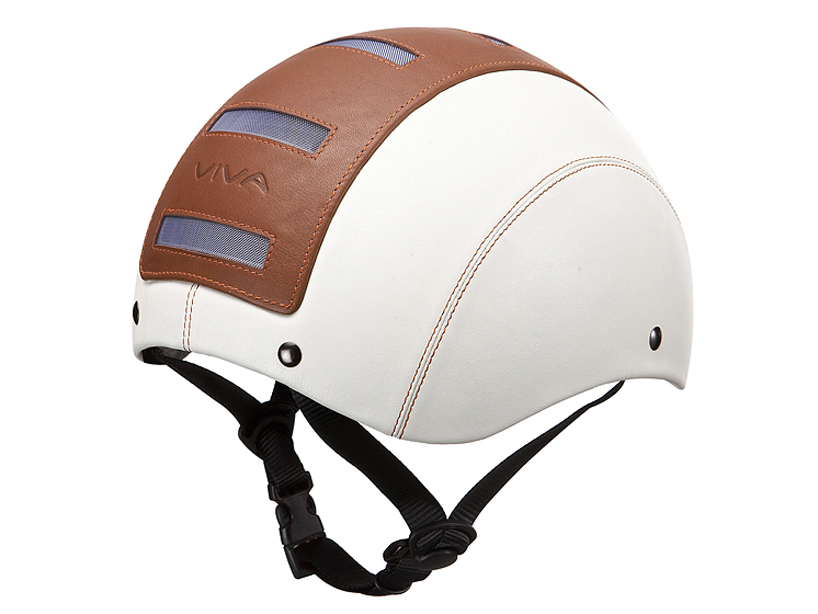 whomadeID + VIVA’s challenge when designing the ‘viva bike helmet’ is that they wanted to develop a bike helmet that looks good as well as provides maximum protection. they came up with a protective head piece that combines finely stitched genuine leather with a fiberglass shell for better impact-absorption. 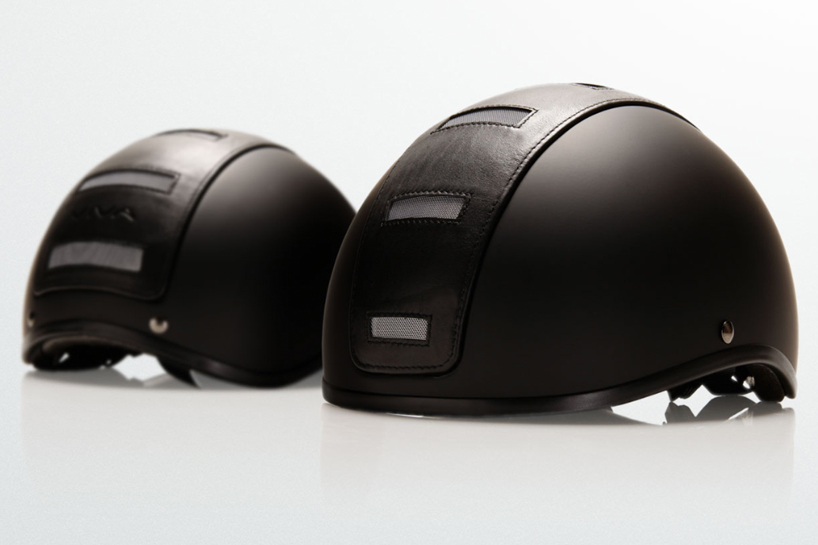 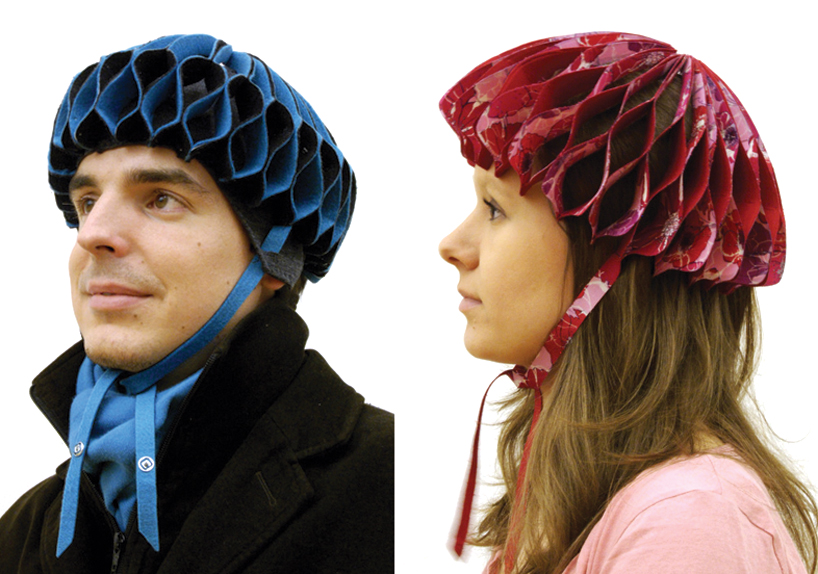 the concept behind adrien guérin‘s ‘topup head protection’ is not a bicycle helmet per se.it should be considered more a helmet for daily protection. the design reduces the task of having to carry around a cumbersome helmet, while bring the user protection through means of comfort. different from the rigid helmet, ‘topup’ utilizes a flexible textile material that is arranged in a honeycomb structure to provide a solution that reconciles safety and comfort.

Jan 21, 2021
made from mycelium, the grow your own helmet by NOS never stops growing 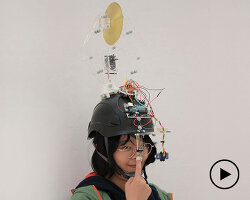 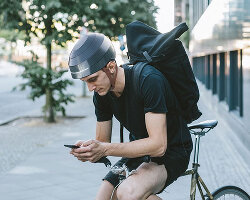 Aug 10, 2020
made with parametric design, the voronoi bicycle helmet is both safe and lightweight