with the onslaught of compact vehicles hitting city streets, f*ckmáté applies this idea to delivery vehicles bred with the beloved vespa. the resulting motofocker ‘cargo-scooter’ was on show at MEED / madeinhungary exhibition during budapest design week 2013. unlike the italian company’s ‘ape’ tricycles and small transport trucks from the 20th century, this modified motorino maintains its two-wheeled structure for transporting goods. this increases maneuverability on narrow streets to avoid traffic, potholes, cracks and bumps. the ‘cargo-scooter’ also improves on the dutch bakfiets (a load-bearing bicycle) as the driver exerts less effort to take heavy packages uphill. 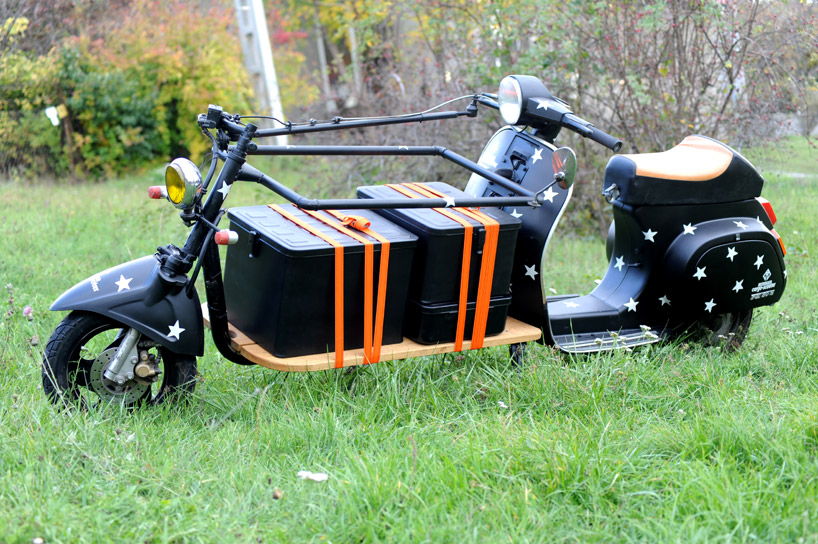 the classic italian vespa is built with an engine designed to carry a great deal of weight for its size, even in the small 50 ccm version. thus, f*ckmáté has used the scooter as the base for his prototype.  its compact form and two-wheeled frame allow freedom of movement around obstacles in narrow and crowded streets, much like a standard unburdened motorcycle. the light commercial vehicle has a wear-and-tear resistant motor that can handle substantial loads even uphills. the next iteration, shown in the sketches below has a more simple chassis, stronger engine, plastic body, and hydraulic steering. the covered storage section will allow for a wide range of uses. 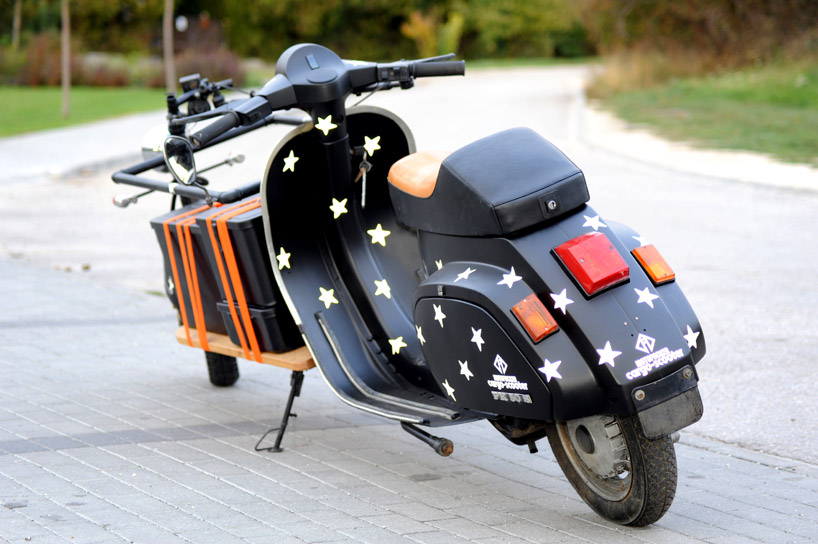 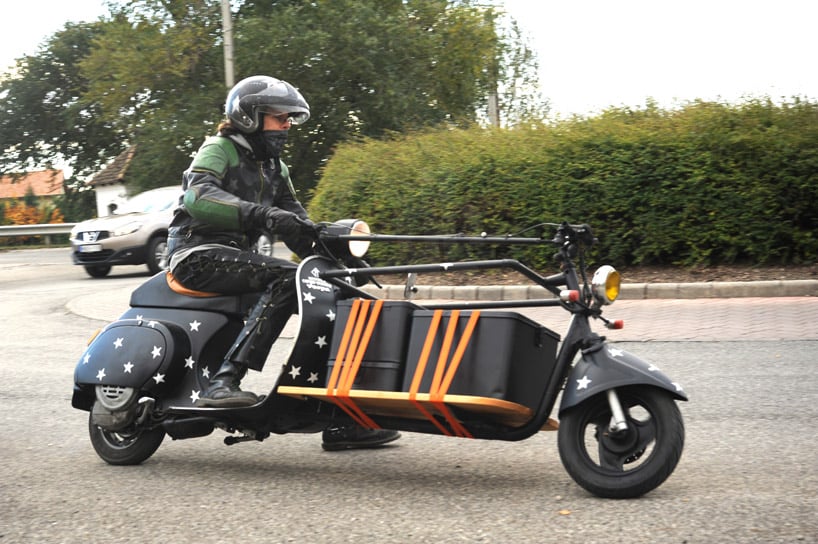 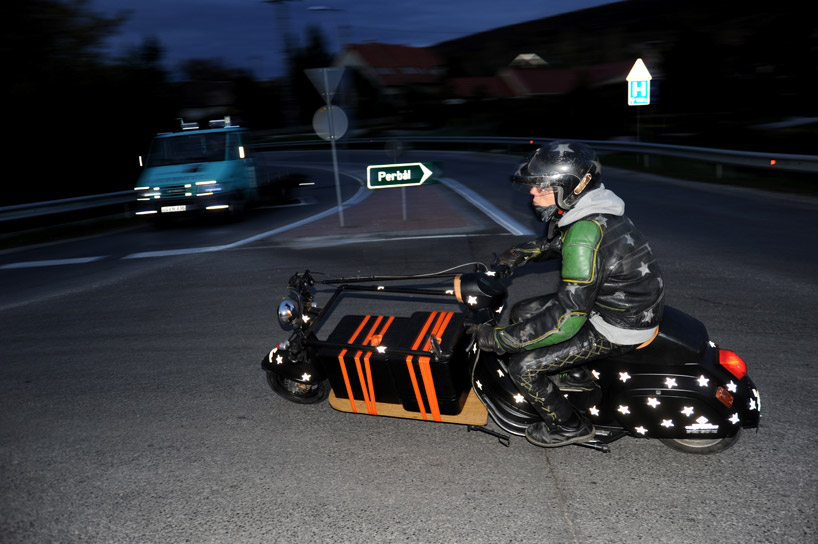 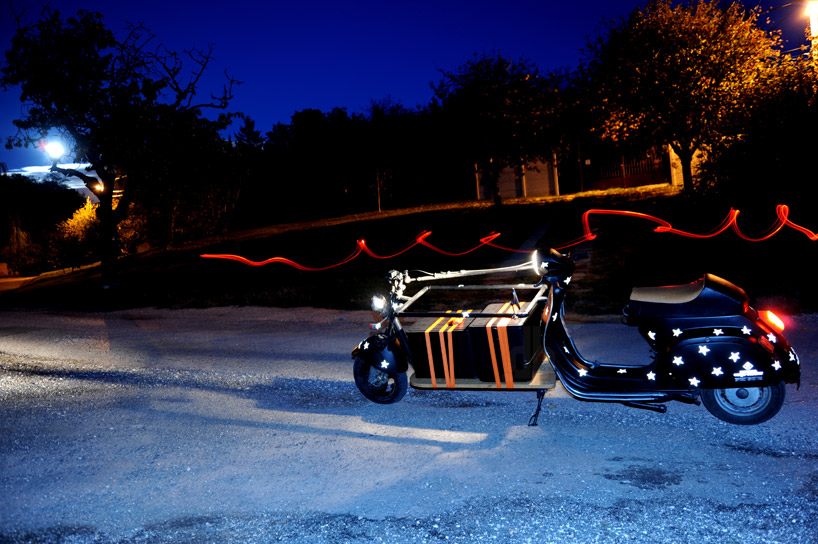 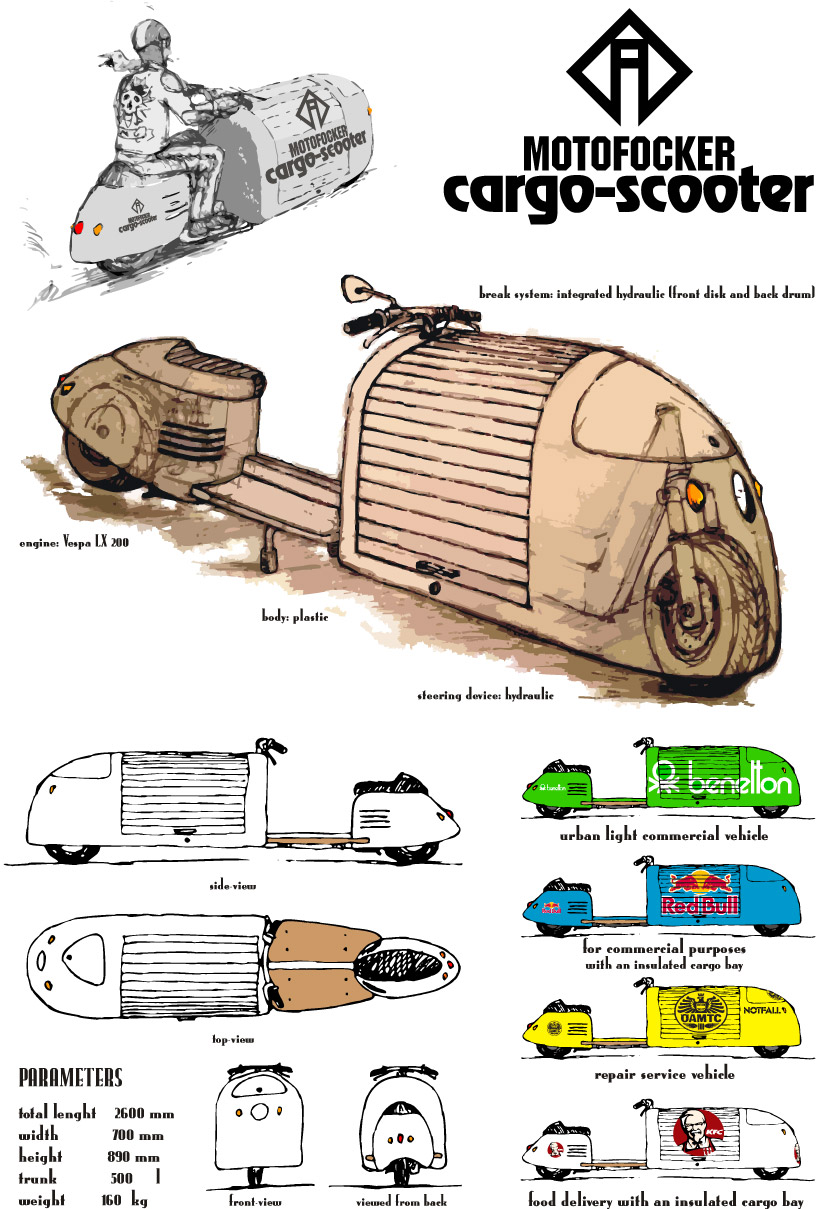 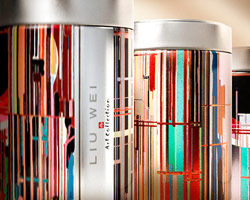 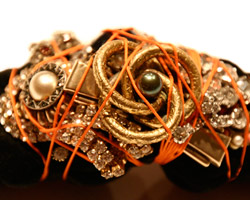