madrid-based artist marlon de azambuja has created a series of bird cages, rendered as scale models of some of the most prominent museums from around the world. the aviary habitats take their framework and silhouette from architecturally renowned exposition spaces — the tate modern in london, brazil’s são paulo museum of art and new york’s guggenheim and new museum. enclosed by metal rails, each structure seamlessly imitates the composition of the building it is modeled after, acting also as a functional area for the birds to rest — frank loyd wright’s sweeping cylindrical contours inherent in the guggenheim act as small nooks for the birds to perch in, while the new museum’s stacked masses present multi-level posting for feathered fowl inside. 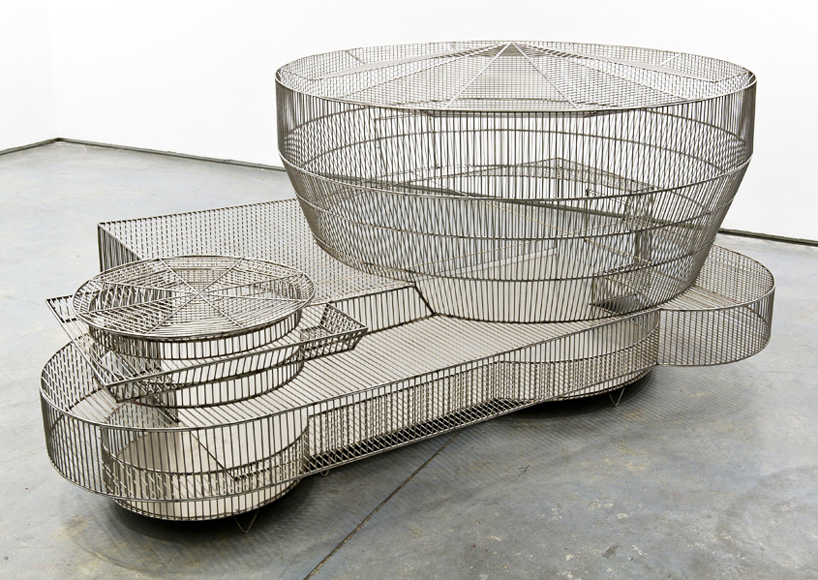 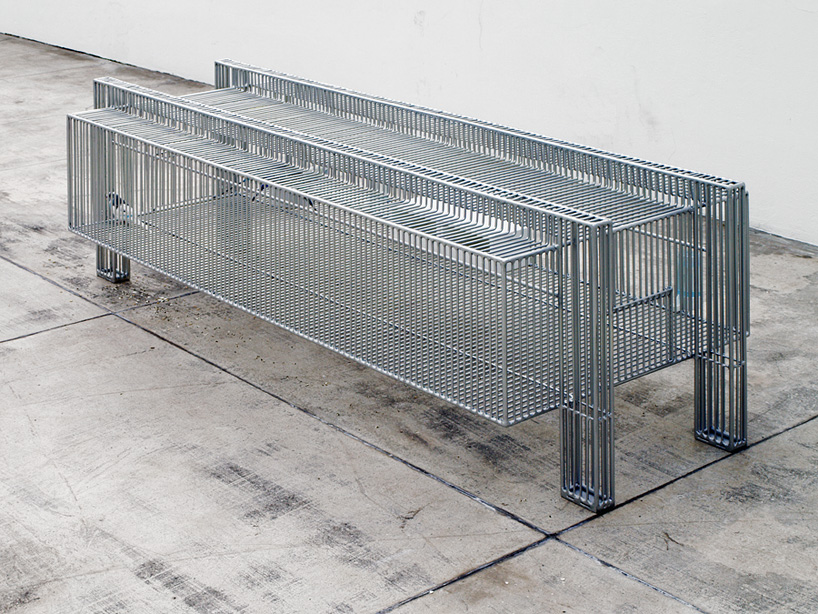 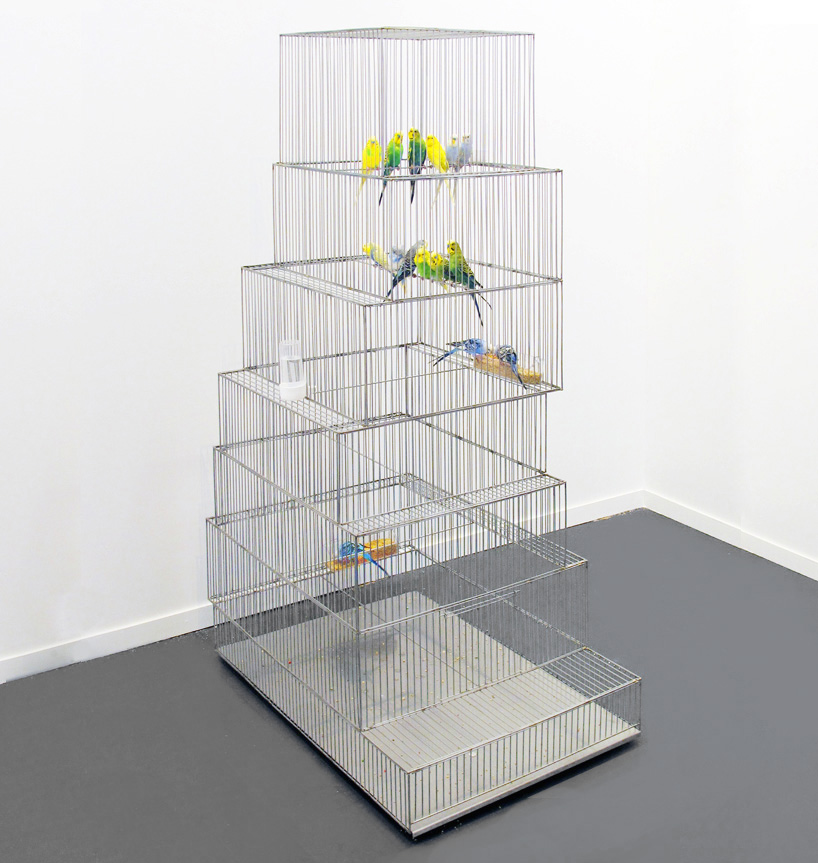 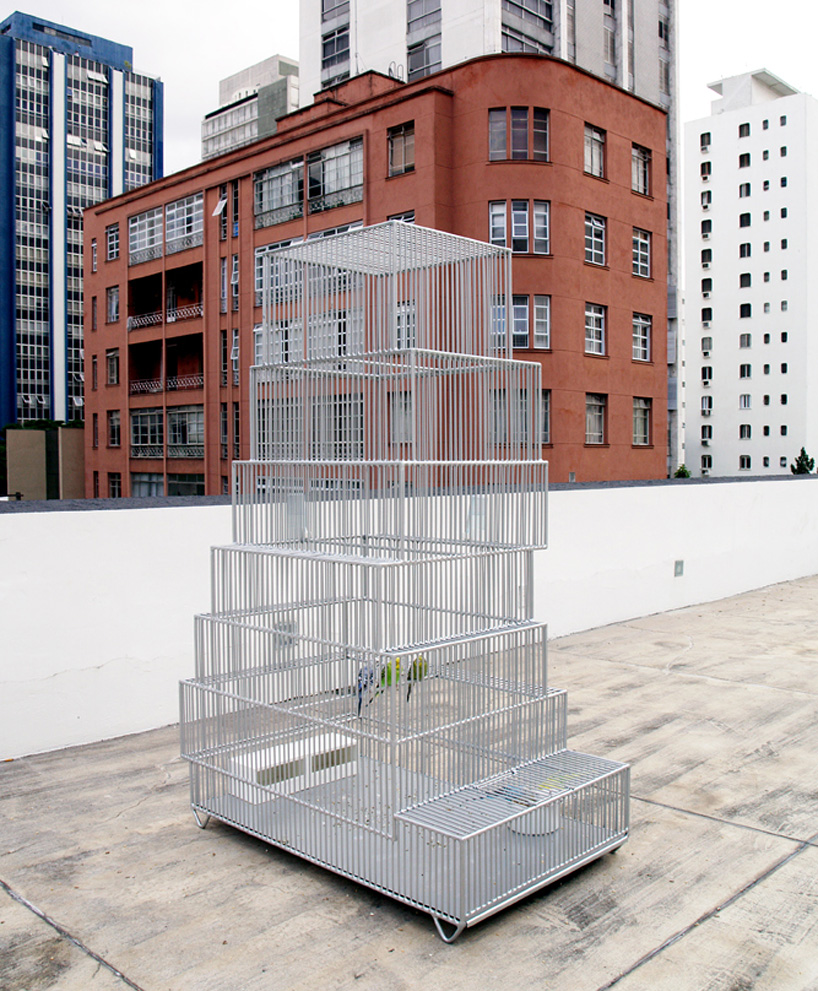 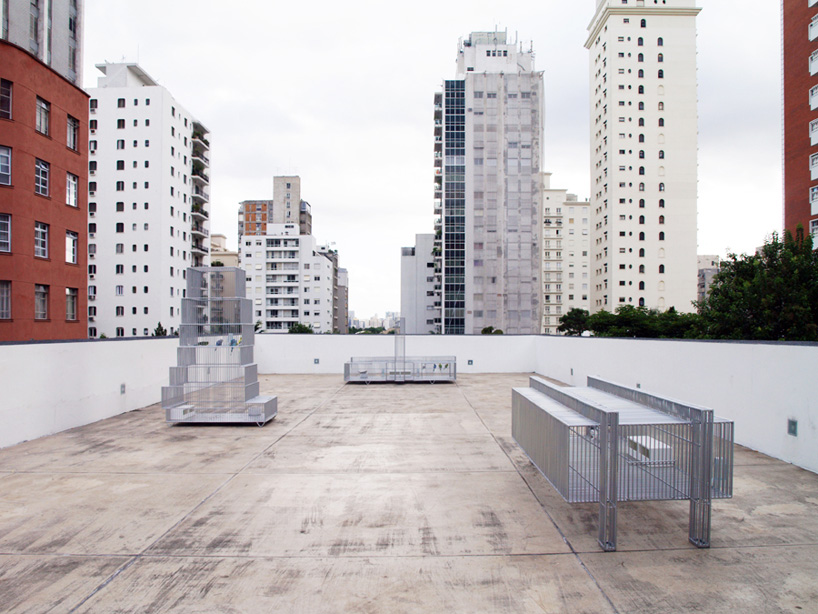