with ‘mutatio’ project, italian-born and netherlands-based designer gianmaria della ratta aims to give new life to what has characterized the human being more than anything else, looking in the virtual world for new possibilities for ancient tools. the designer has created a line of shapes, depicting the evolution of a stone, and turned it into a tea set, modeled, and 3D printed it. 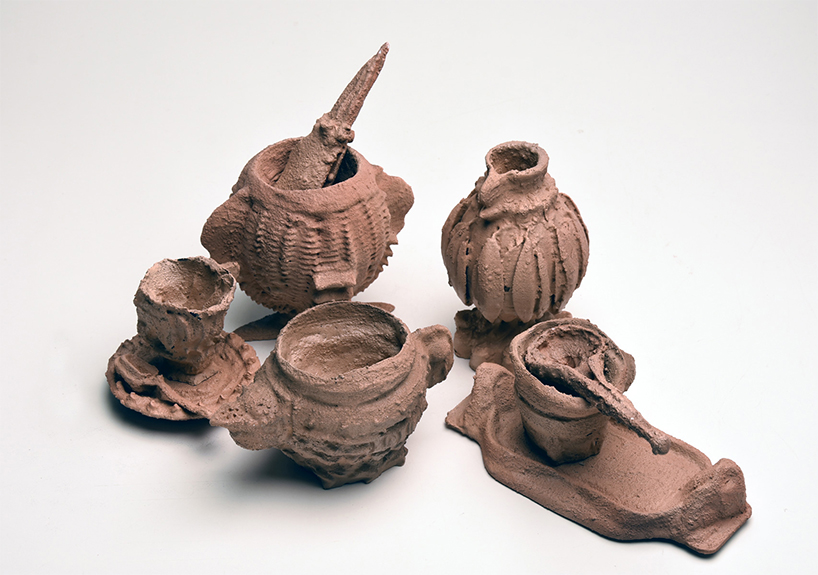 ‘in its digital evolution, a stone takes on new forms, not characterized by a specific purpose but which, in a certain sense, possess and change it giving it a new aspect, becoming its ornaments,’ says della ratta. ‘in fact, the difference between tool and ornament is also one of mutatio’s fundamental points. that thin border between these two definitions that generate new creative processes to explore.’ 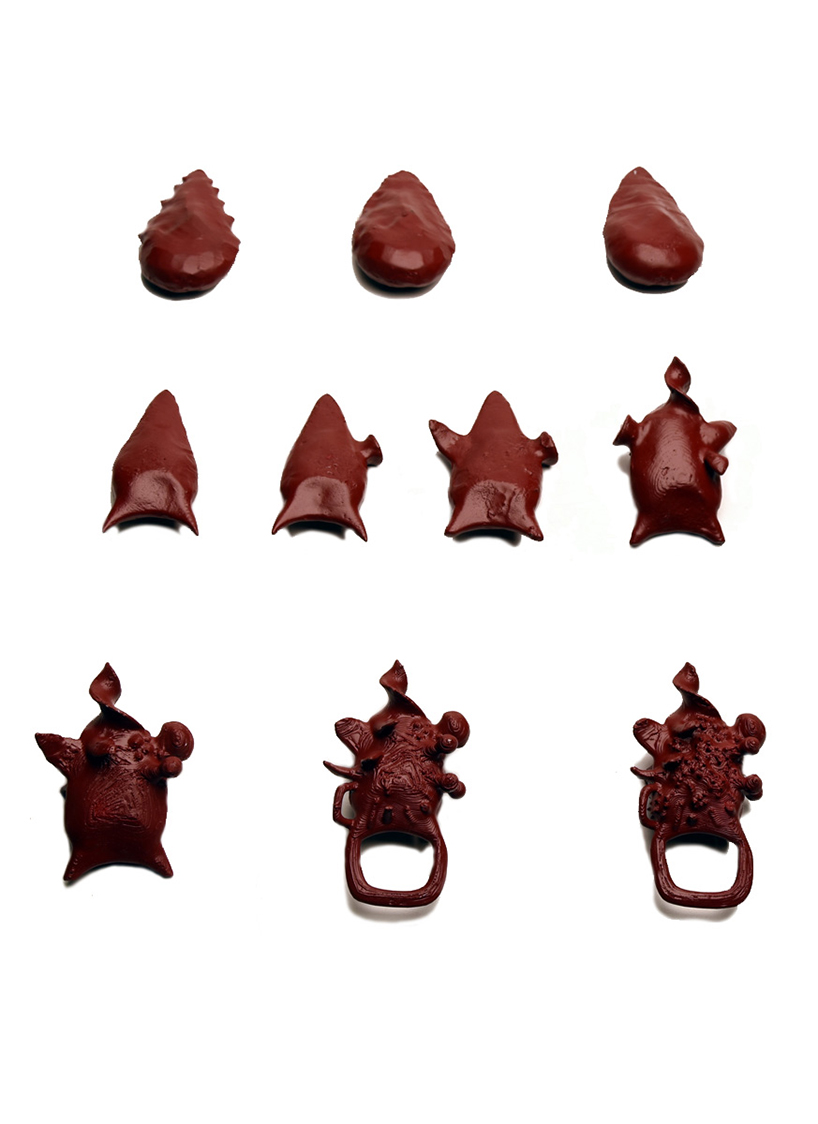 the entire digital evolution of the prehistoric stone, from the handaxe to the last one — the ultimate digital tool

as the designer explains, a tool is not meant to carry out a defined utilitarian task — tools are born as challenges to existing concepts of utility. starting and exploring our primordial origins, mutatio discovers and opens up new ways of approaching the physical and virtual world, fusing at the same time tools and ornament creating that vibration between the two that is the real engine of design. 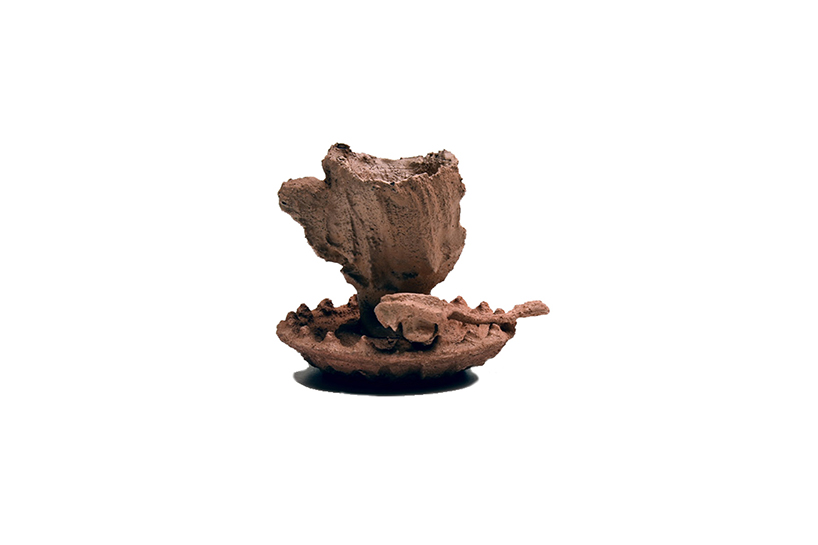 a composition of 3 pieces of the tea set 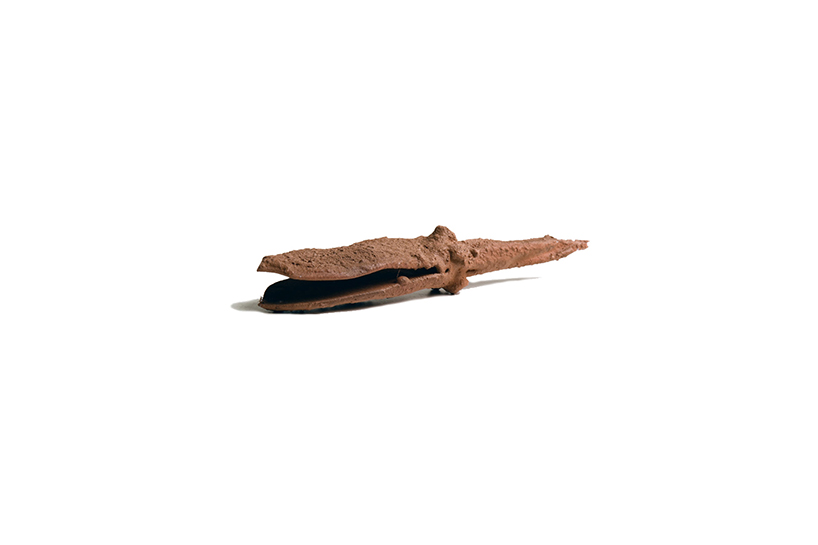 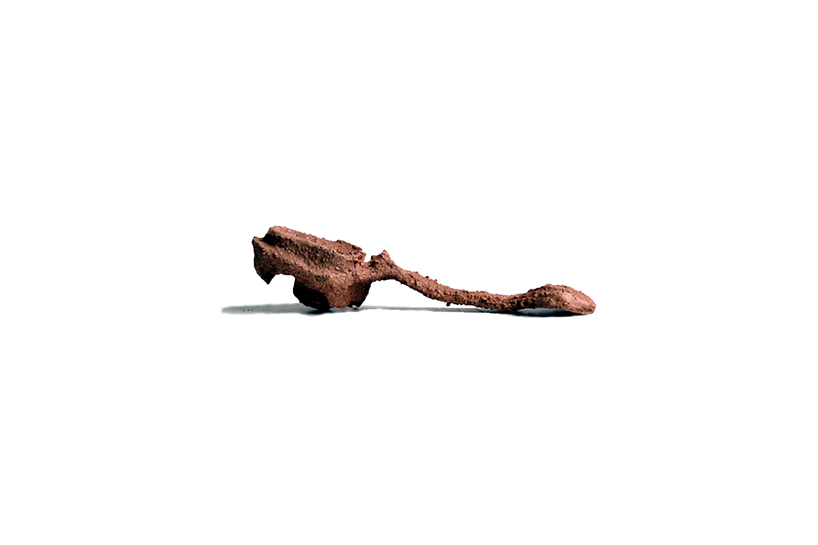 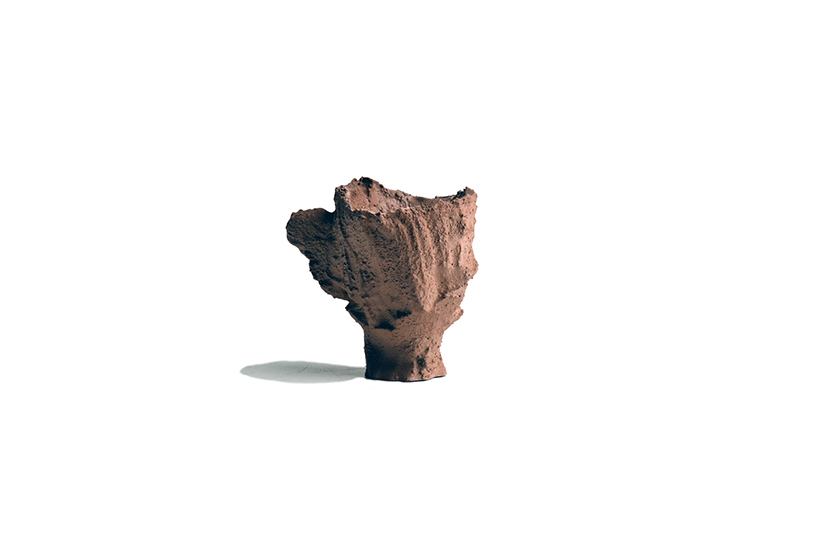 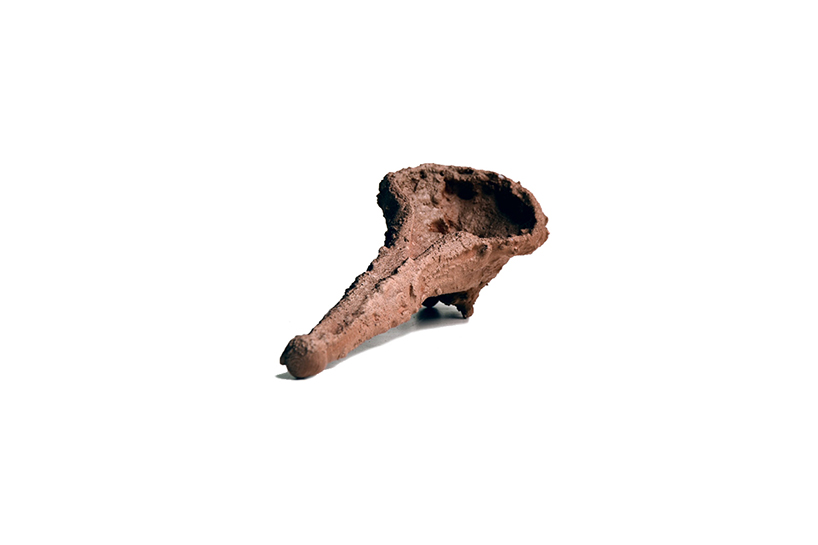 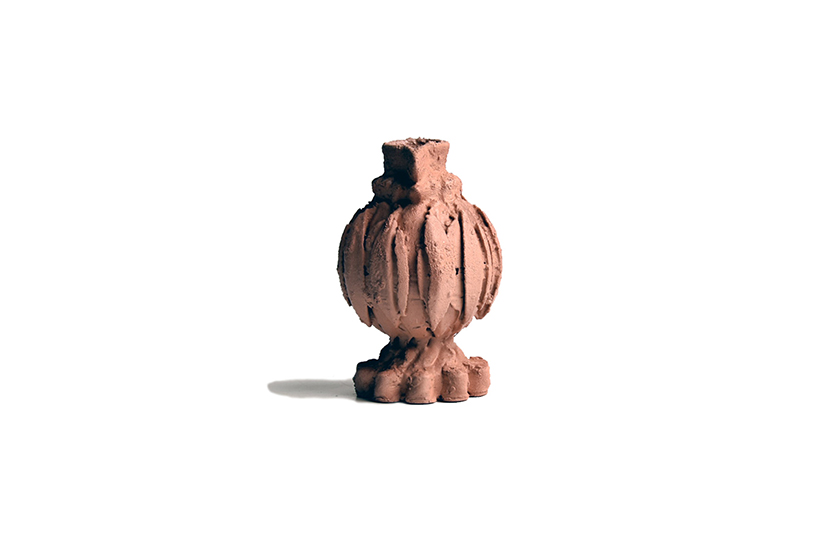 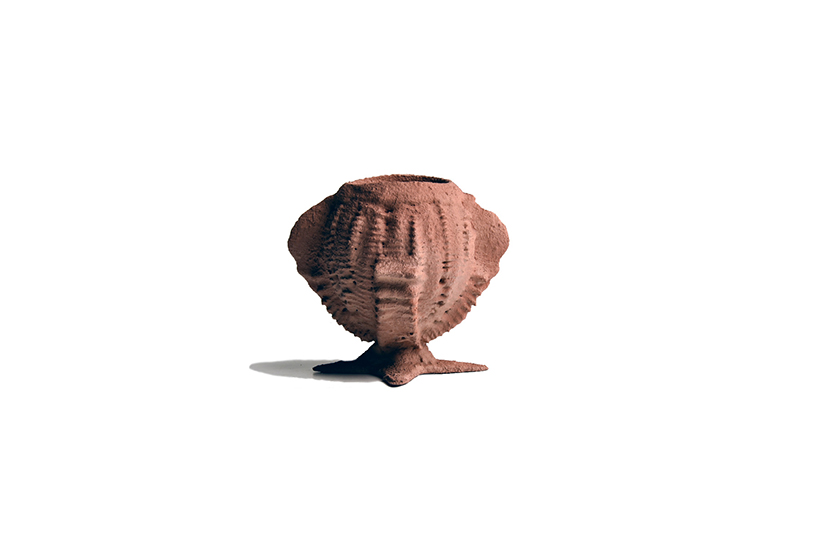 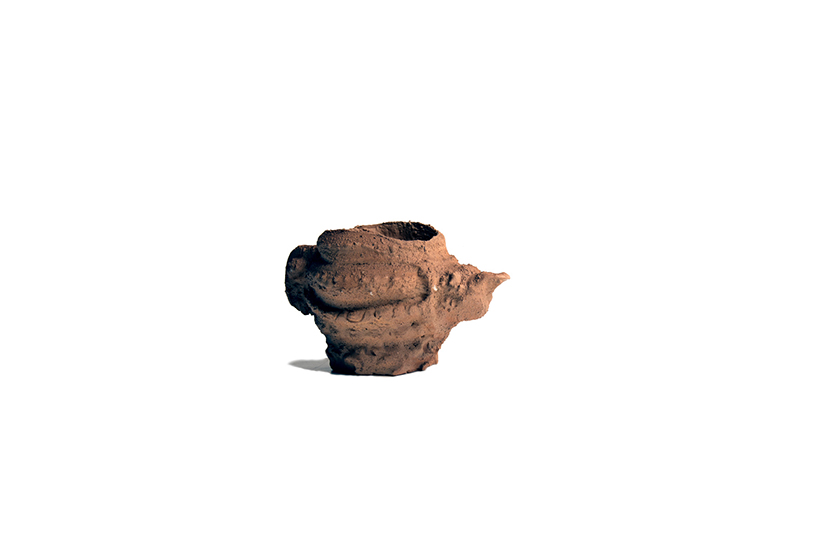 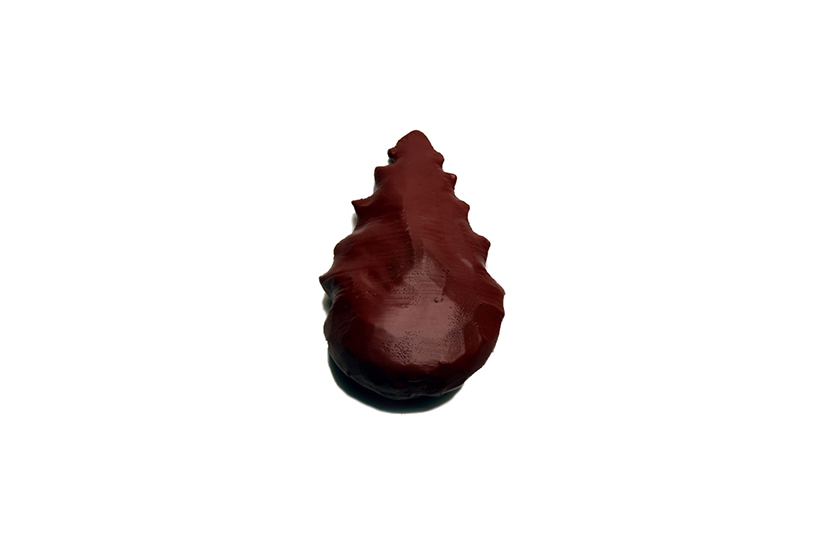 first prehistoric handaxe digitalized and then printed in 3D 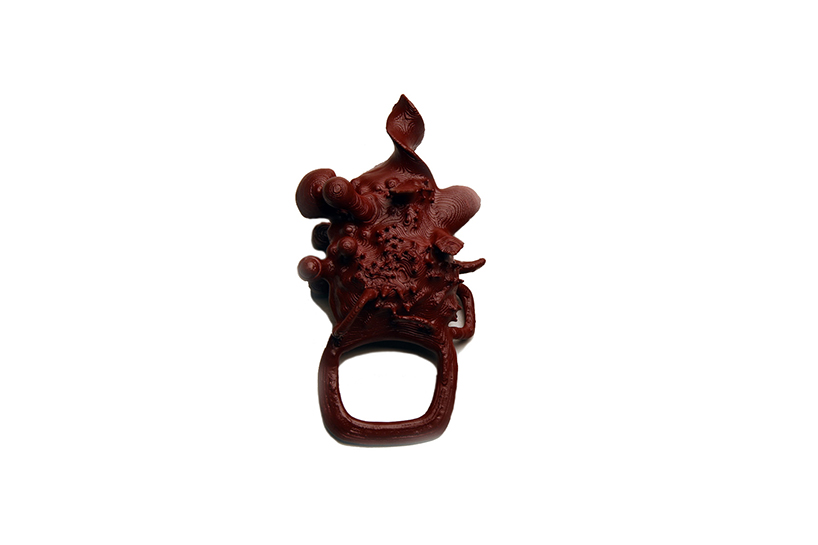 the last stone of the digital evolution