on a recent trip to eindhoven, designboom visited the new studio of spanish-born, netherlands-based designer nacho carbonell. known for his tactile sculptures and installations — which are often called ‘fairytale-like’ and almost always the result of an artistic exploration of natural materials and experimental techniques — carbonell and his small team of artists and designers now work in a large open warehouse space in eindhoven, the netherlands. 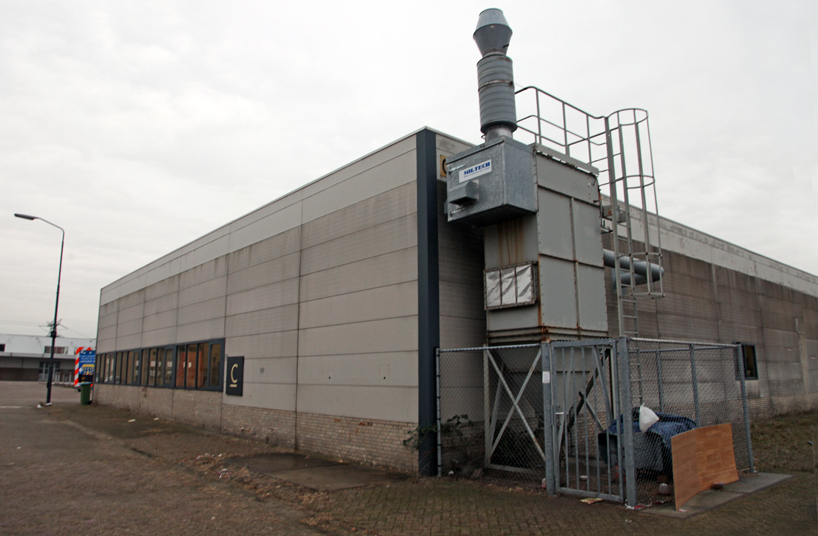 exterior of the building housing the studio, in eindhoven’s ‘sectie C’ image © designboom

the move came after three years working inside of a 20th century church, shared with dutch design collective atelierdorp. both studios moved temporarily to an office building in central eindhoven before limitations on the machinery and modifications permissible led nacho to seek workshop space.

the new studio is located in sectie c, a burgeoning former industrial zone to the east of city center. each morning the team begins at 9:00am by preparing breakfast together. work continues until 2:00pm, when everyone sits down to a warm meal for lunch, before returning to work through 7:00pm. a current artist hand at the studio notes however that ‘if there is a deadline then [we] keep working, have dinner together, as long as everybody still feels full with energy. you are free to go home [after office hours] but normally everybody likes to work until late when we have the pressure of an exhibition.’ 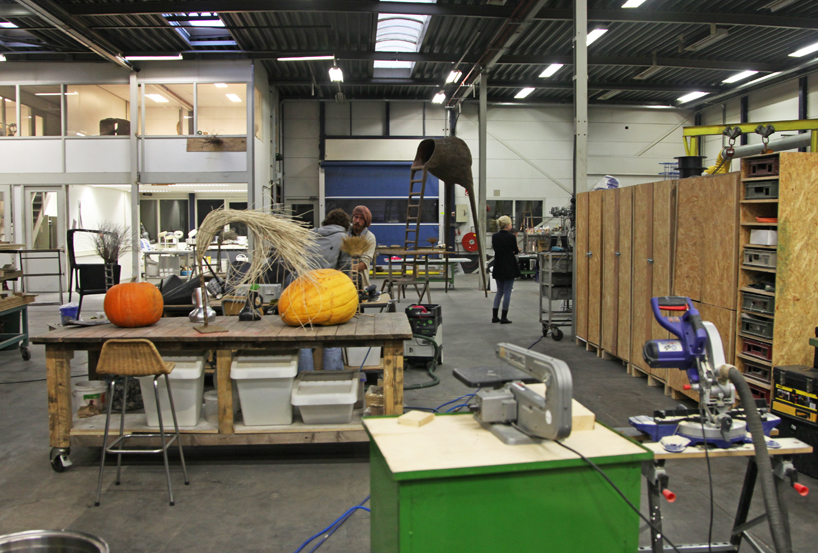 the team at the studio is composed of a mix of individuals coming from art, fashion, and design schools, with about three fixed team members and five or six interns at any given time. nacho carbonell is always working on multiple projects, and the artists and designers end up ‘learning a bit of everything’ during the development of a project. while nacho works alone on the original concept for a project, it is relatively early in the production process that he explains the idea to the rest of the team. everyone is involved in working on material examples, open to the changes and shaping that result from experimentation. nacho’s works are recognizable for their materiality in addition to their form, and the studio obtains most of its raw materials locally in eindhoven and amsterdam, occasionally ordering special materials as needed from abroad. 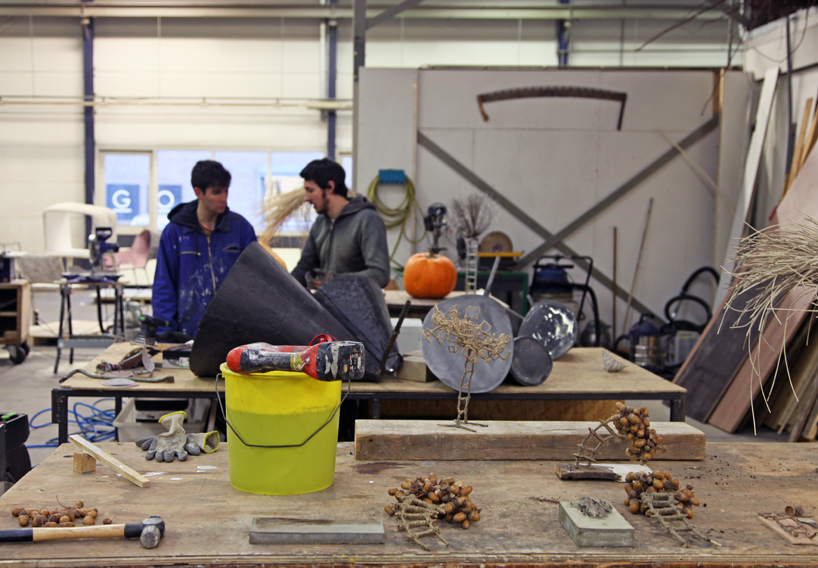 ‘I like to see objects as living organisms, imagining them coming alive and being able to surprise you with their behaviour. I want to create objects with my hands, then I can give them my personality. I turn them into communicative objects that can arouse one’s sensations and imagination. in short, what I want to create are objects with a fictional or fantasy element, that allow you to escape everyday life.’ 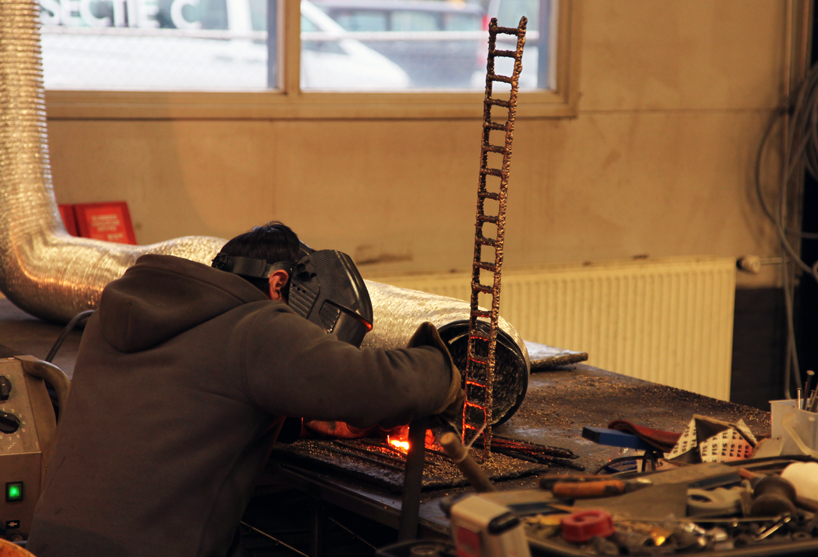 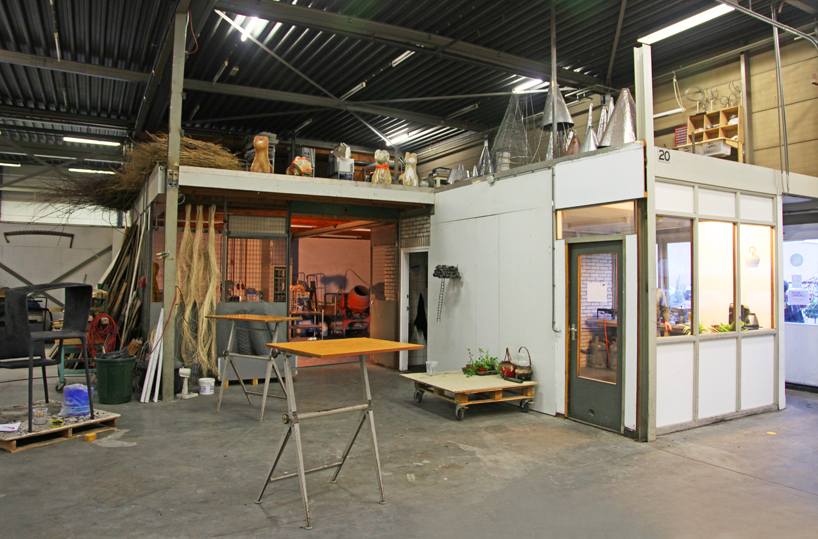 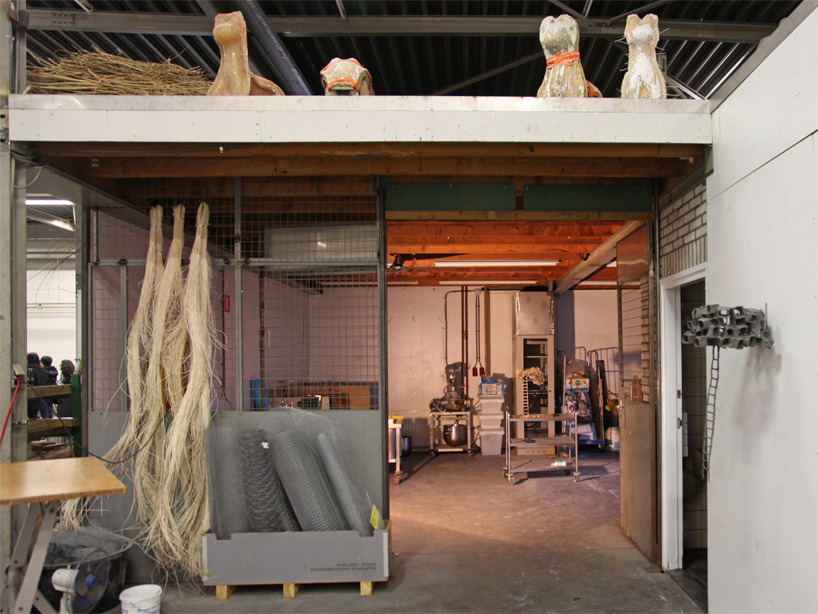 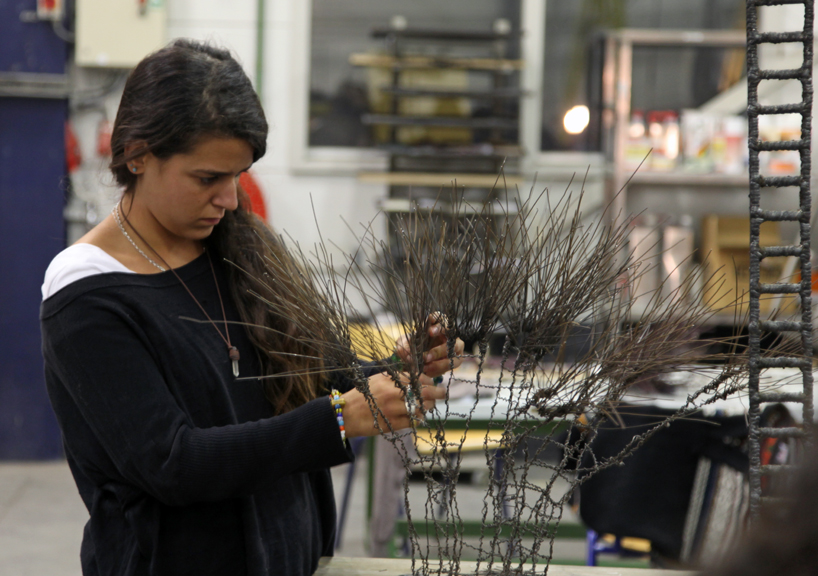 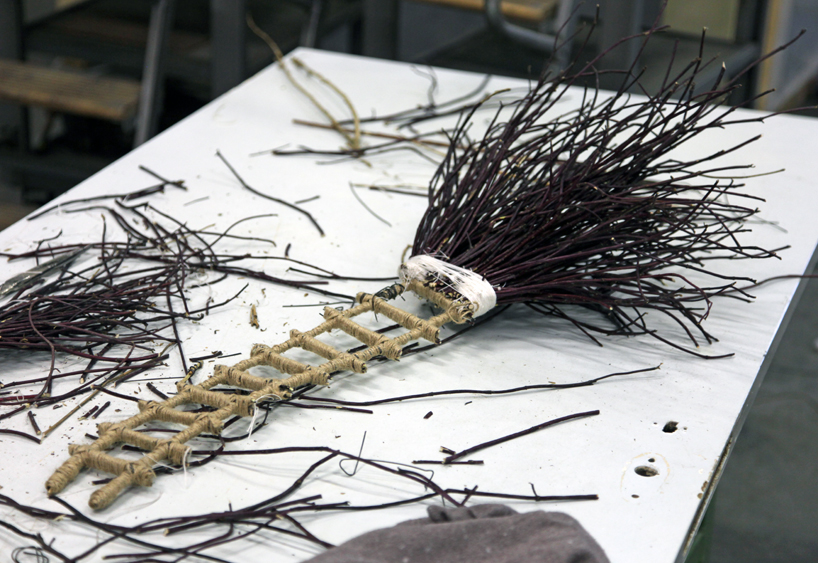 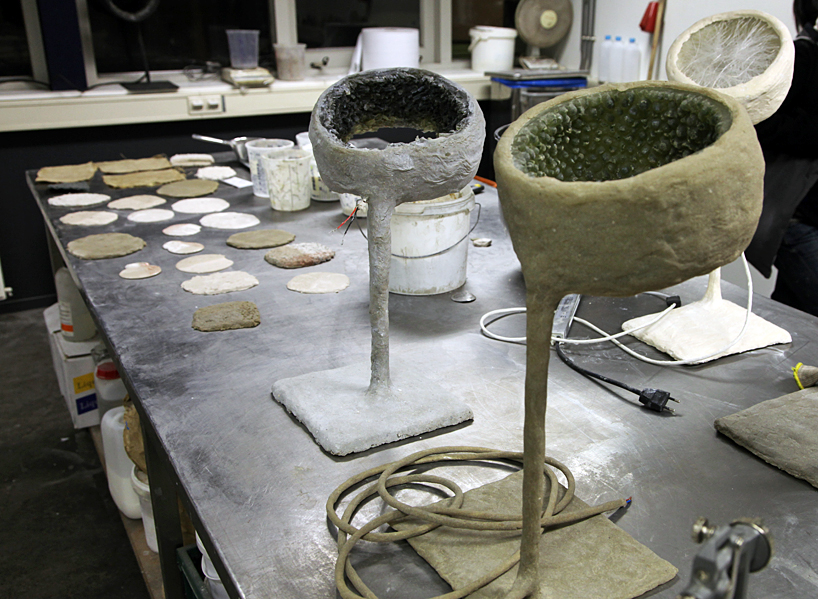 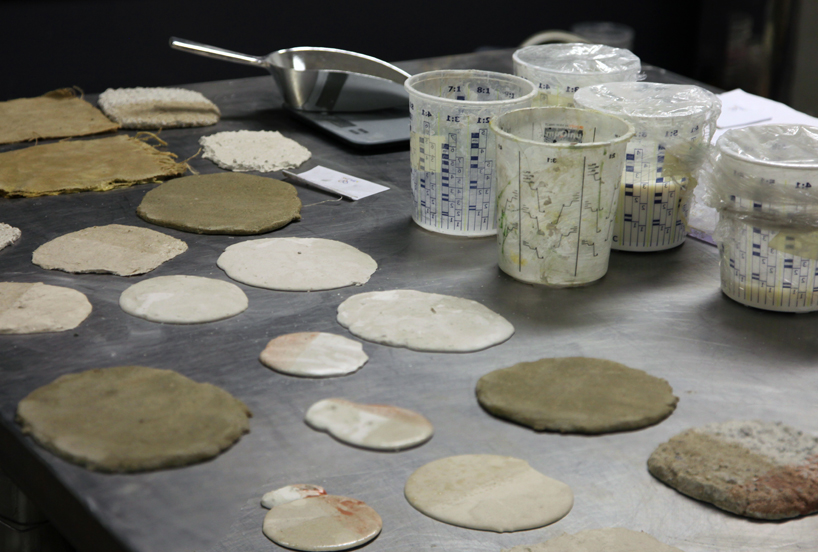 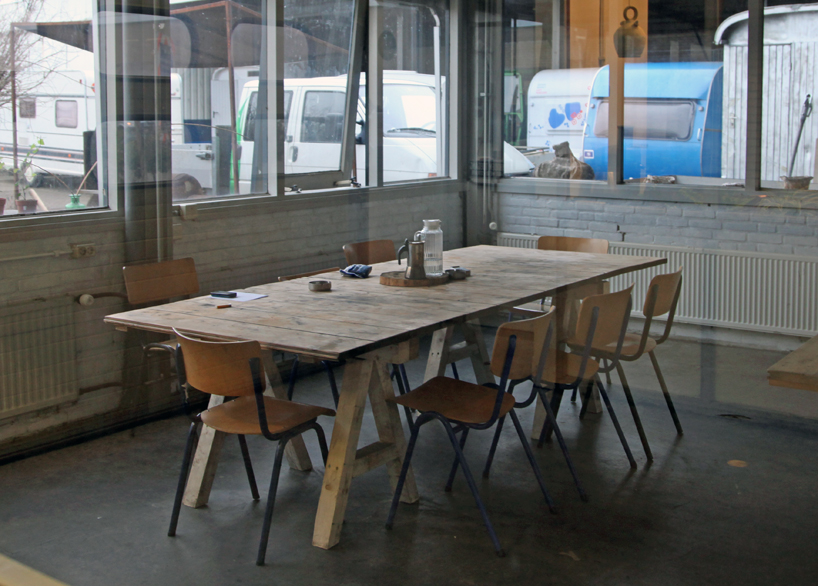 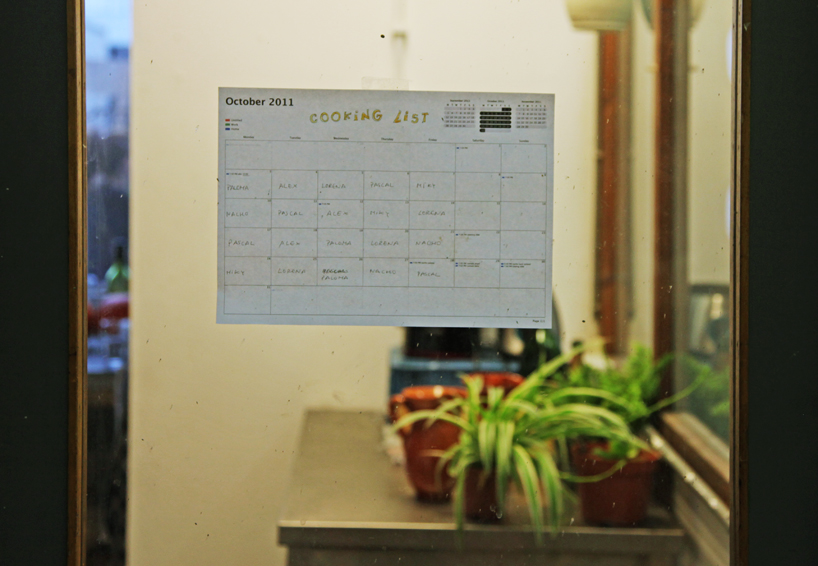 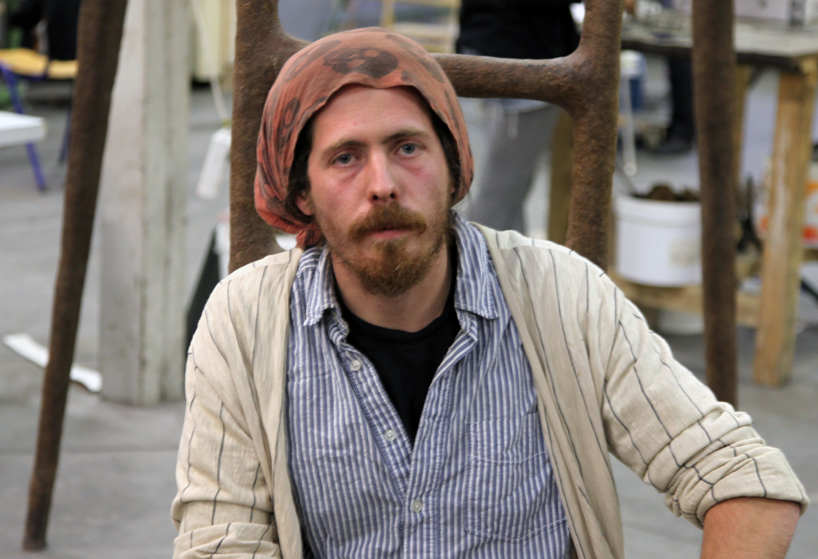 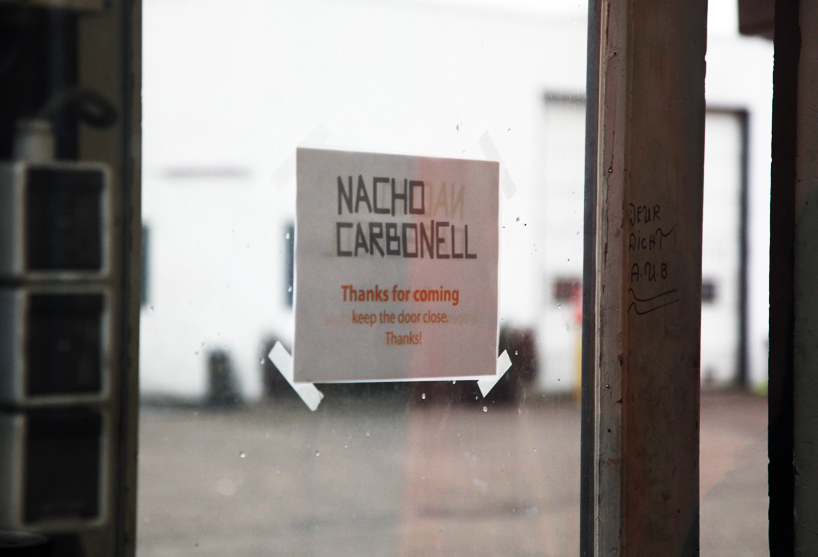 Sep 30, 2022
living plant controls a machete through an industrial robot arm
the plant acts as the brain of the robot, determining how the machete swings, jabs, slices and interacts in space.
design
+36.9K shares
readers
connections: +520