nadeem haidary’s ‘state of the union’ takes a set of metrics and visually transforms elements on the flag to represent the country’s current state, making it a dynamic and information-driven symbol. over years or decades, citizens would be able to perceive shifts in the country as they get wealthier, healthier and live better lives — or not.

in the case of the american flag here, meaning is driven by the condition of the citizens it represents rather than abstract notions of statehood or bygone colonies. the stars represent each year of life expectancy. the blue field on which they sit stretches based on GDP per capita. the stripes are a sort of horizontal bar graph showing five different socioeconomic metrics: unemployment, divorce rate, homicide rate, school enrollment and gender salary ratios. 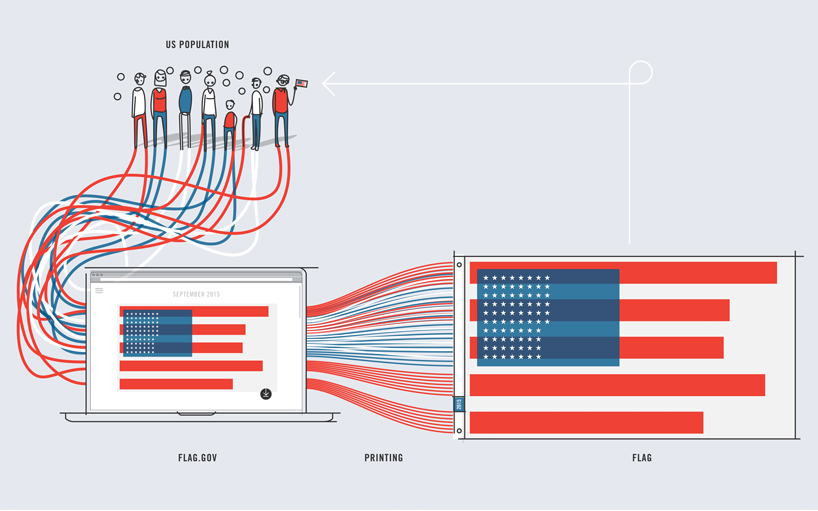 the process of gathering data, visualizing it, and creating digital and physical flag outputs

the intention is that over time one can see holistically how a country performed according to its values, such as through the visual completeness of the stripes or as author refers to it, ‘the gestalt of a nation’.

‘state of the union’ intentionally recasts countries’ flags in a retroactive approach to design. one can easily imagine the cultural emblems looking very different if at the outset they are designed to be data-driven and constantly changing. 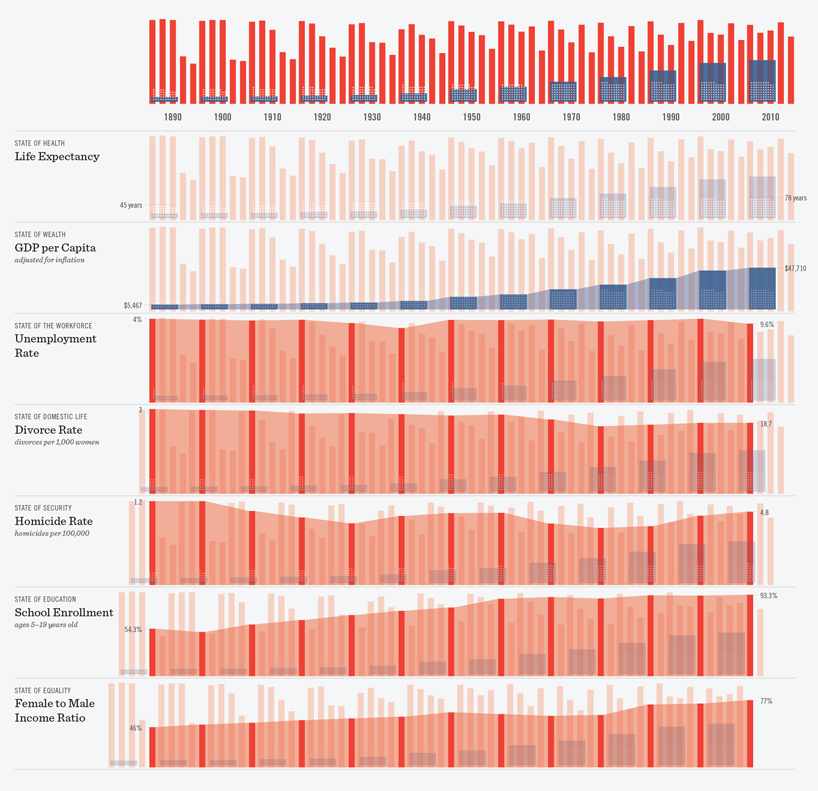 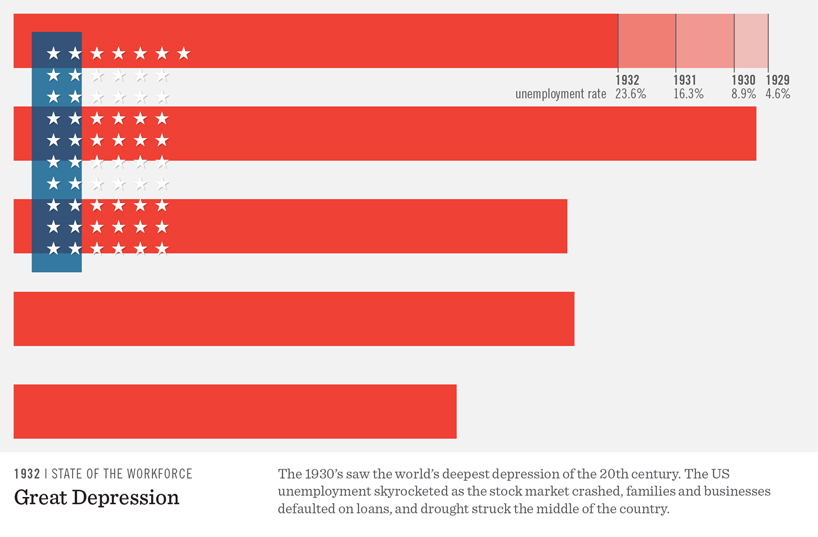 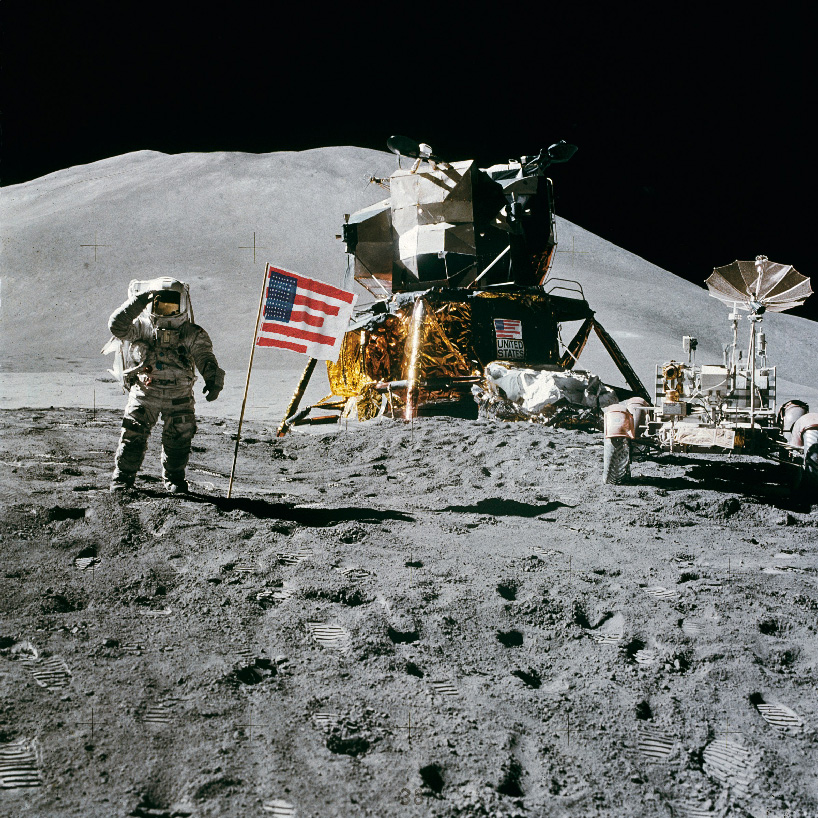 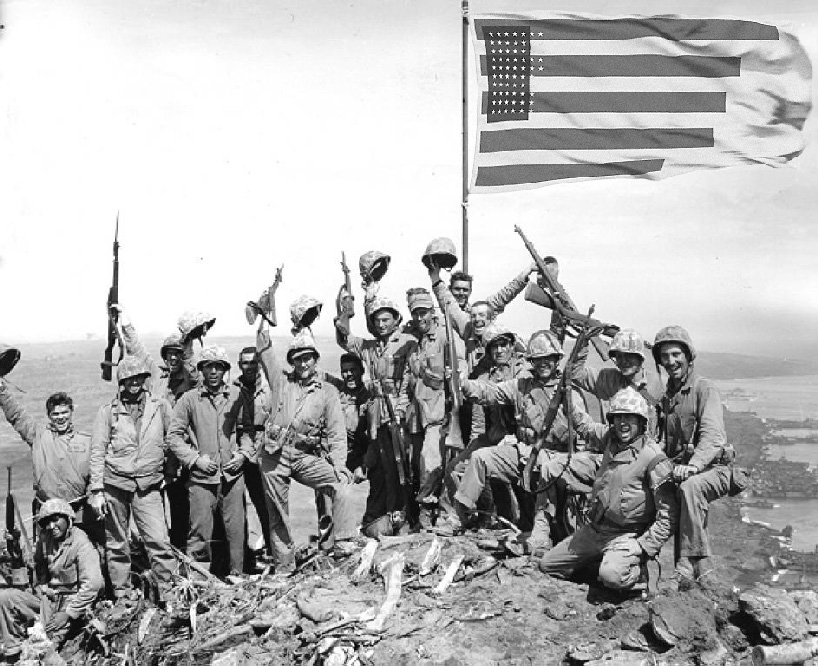 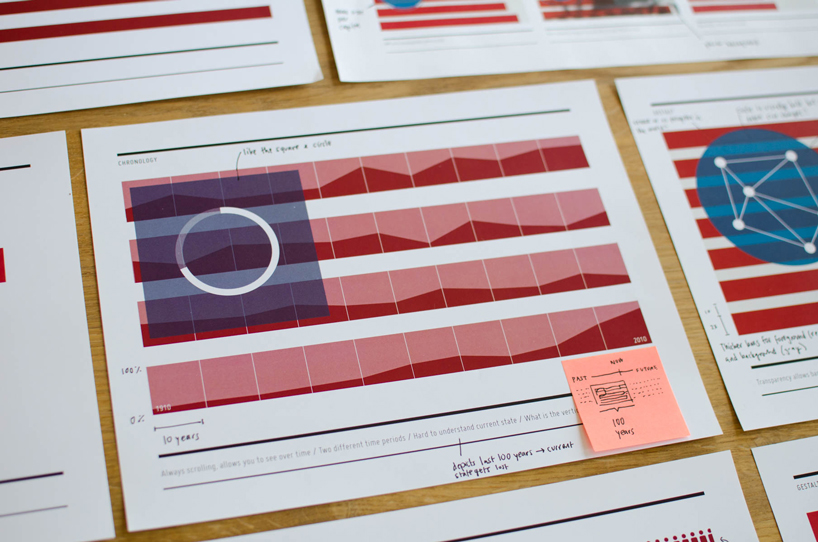 each country has it’s own values, which makes comparing nations to each other tricky and unnecessary. rather, each territory might choose it’s own metrics to measure (e.g. canada as a melting pot). below, you’ll see a few moments in time for other nation’s flags. for instance, the life expectancy of a person in japan, proudly amongst the highest in the world today, is correlated to the diameter of the circle. while it tends to go up over time, in 1945 life expectancy was actually lower than it had been almost 50 years prior because of world war II. 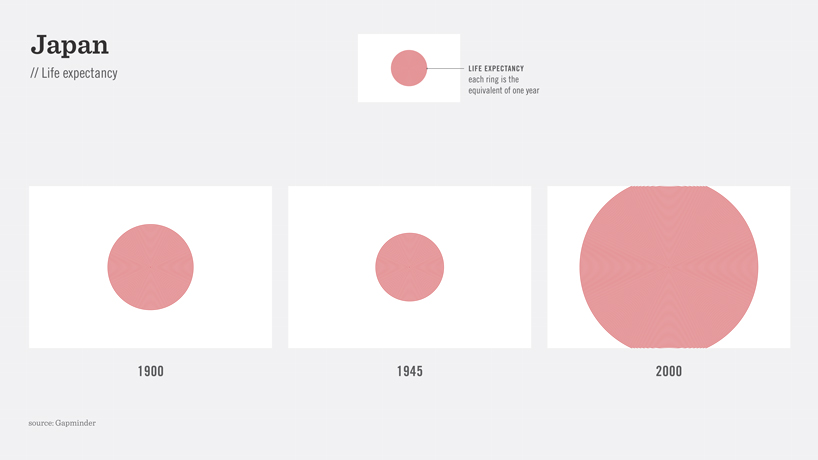 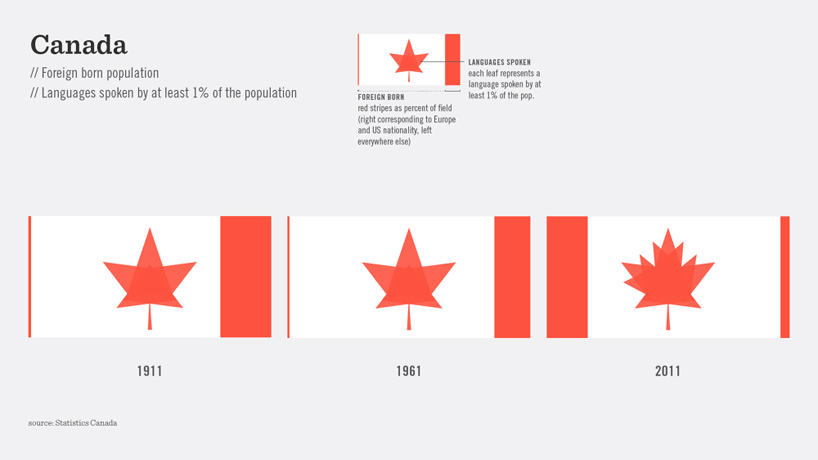 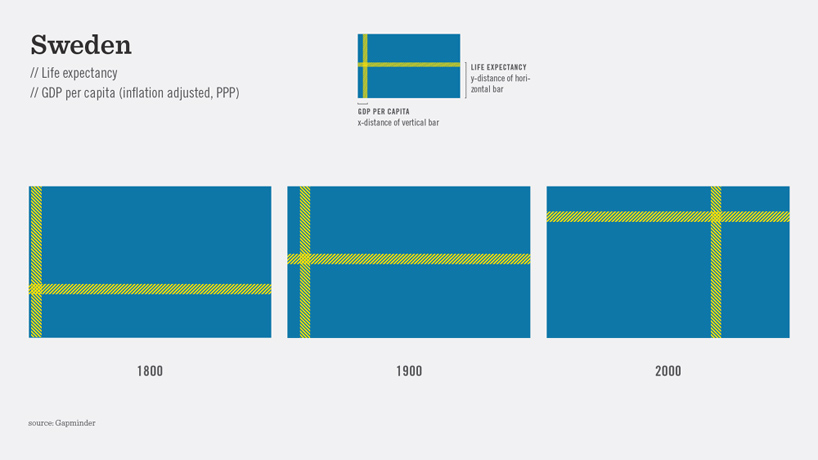 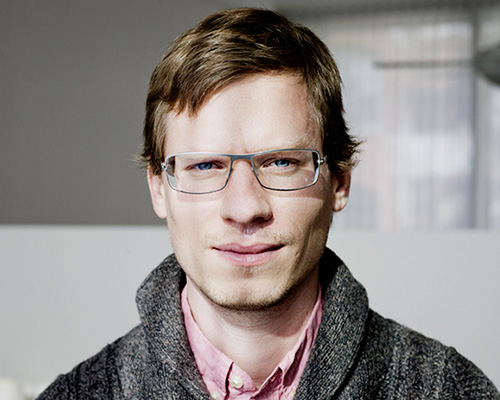