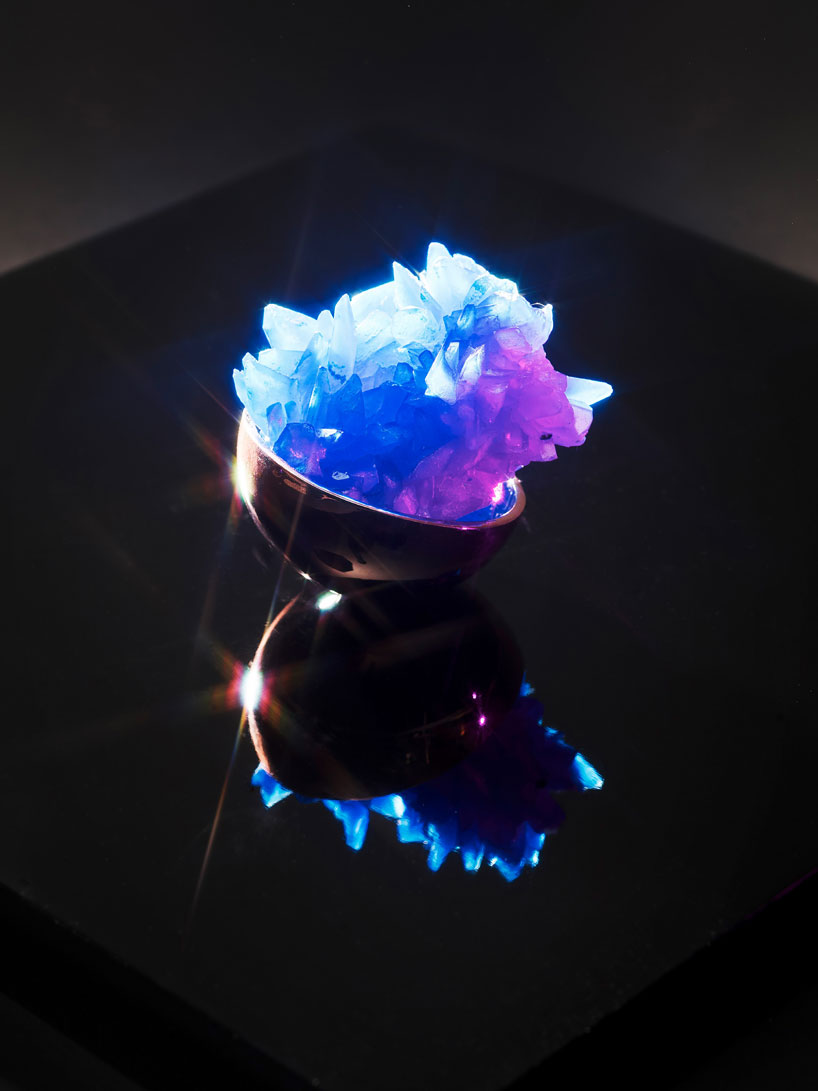 ‘Dinner, Darling!‘ comprises eleven 300 x 300mm trays, each one the foundation to a set of dangerously destructive objects. each tray epitomizes either a toxic substance, a ruinous poison or grave danger which has been beautifully executed, masterfully curated, and cunningly hidden. the collection challenges the idea that beauty is always and inevitably good and reveals the contradictions that lie beneath a seemingly perfect surface. 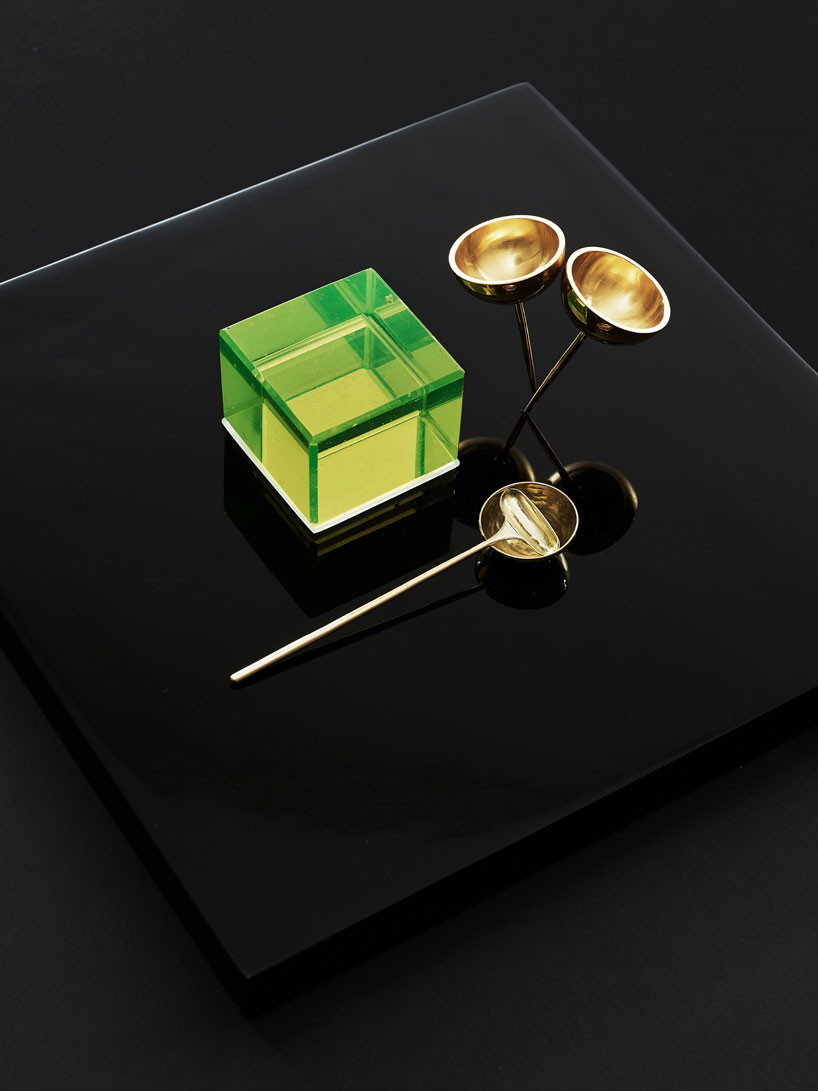 akin to some sort of alchemy, zerunian reverses the dogma, exploring the world of poisons, toxins and dangers – adding refinement and imagination, exposing the malefaction of beauty. mold, lily of the valley and hemlock are some of the ingredients that find their place, assembled in delicate sets made of glass, wood and metal creating small worlds of wonder with matching ironic titles. 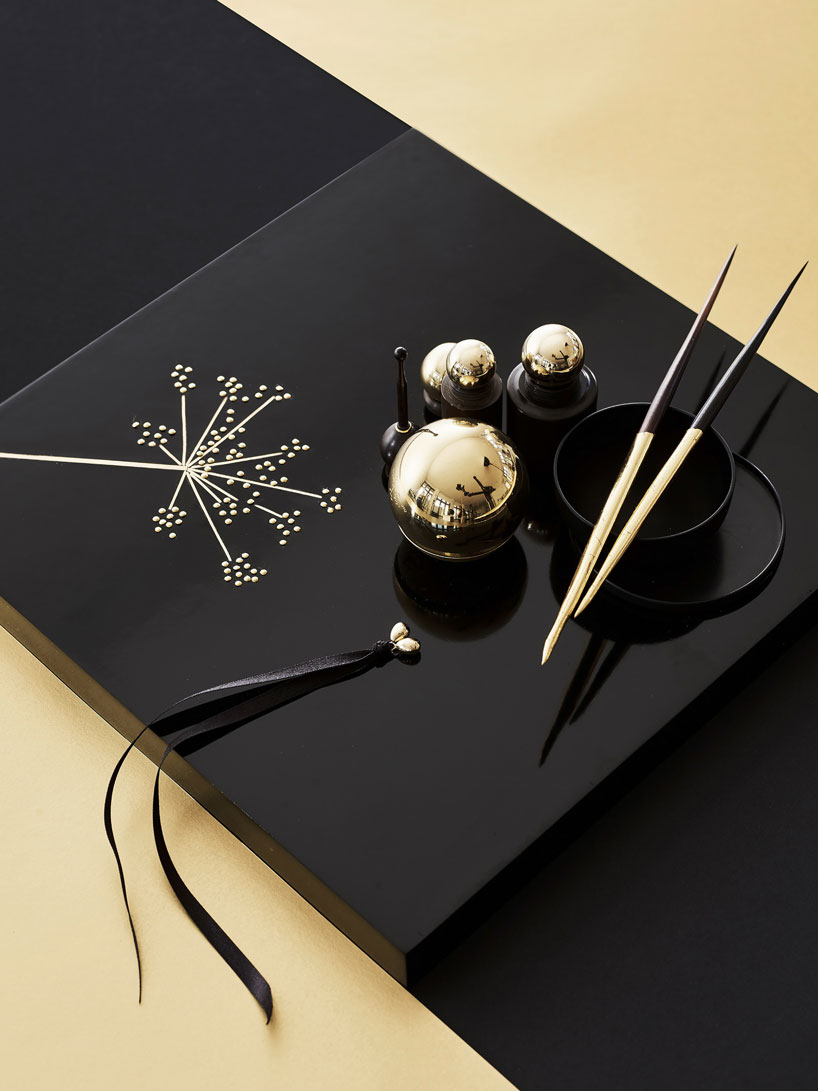 ‘nadja zerunian uses objects the way a play write uses dialogue‘, explains alice stori liechtenstein, independent design curator and founder of schloss hollenegg for design. ‘she conjures forms out of precious metals, and places them in conversation with one another. her vessels and tools might serve prosaic or ceremonial tasks, like pouring or serving, but they are ultimately an effort to explore ideas – a freudian attempt to free feelings and emotions‘. 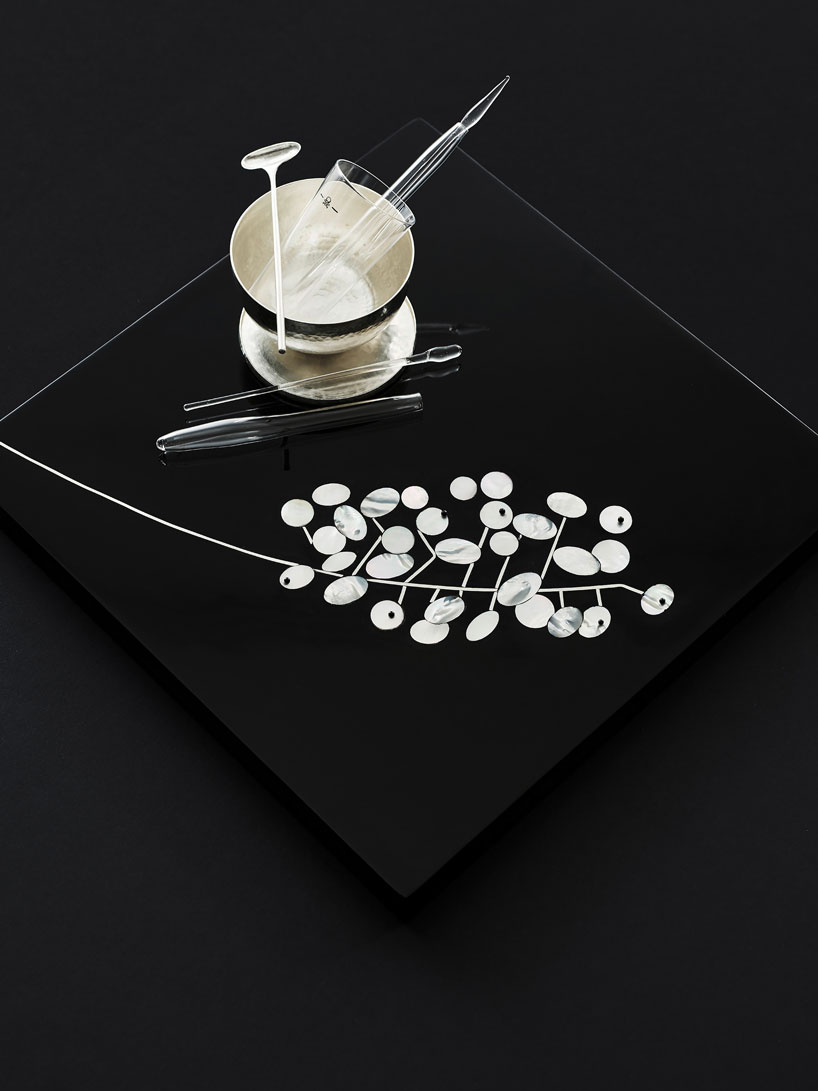 photographer mark glassner captures the series which celebrates the humour of design whilst highlighting zerunian’s precision and craftsmanship. zerunian studied painting, and later product design under carl auboeck and ron arad. she has since been a designer at calvin klein and creative director for georg jensen and swatch. 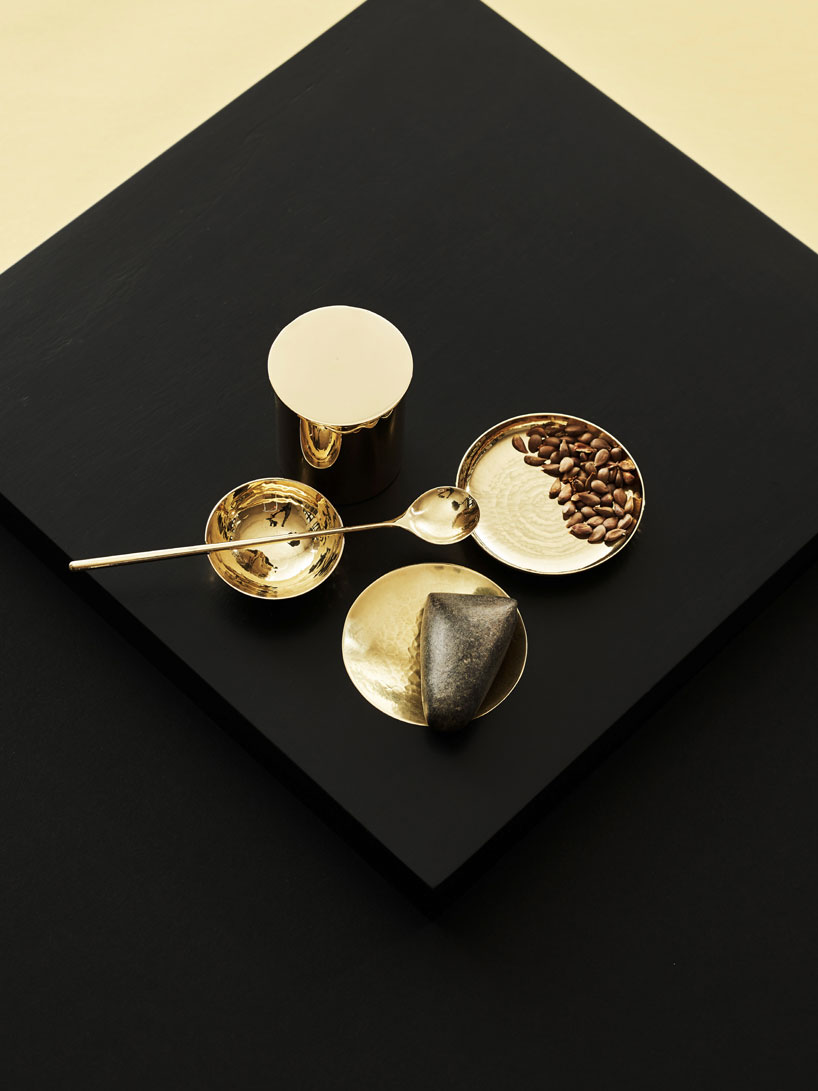