working with the mechanism and principles of origami folding, japanese product designer naoki kawamoto has made a traveling suitcase with wheels which can fold out flat for flexibility and compactability. ‘orishiki suitcase’ features a hard, faceted shell that folds in on itself to create a three dimensional luggage piece. lined with a soft layer of patterned silk on the inside, the product features internet netting and belt, much like a conventional suitcase, to firmly hold its items in place.

the name, ‘orishiki’ is a hybrid japanese work of kawamoto’s own creation, pulling from ‘origami’ and ‘furoshiki’. furoshiki describes the wide usage a single large handkerchief can provide, such as aiding in carrying a heavy load, collectively gathering and moving small items, or simple wearing it as an item of clothing. ‘orishiki’, which consists of other products such as hand clutch and an eye glass case, aims to provide that same sense of versatility in its design.

‘orishiki suitcase’ is showing as part of the designtide exhibition during this year’s tokyo designer’s week. 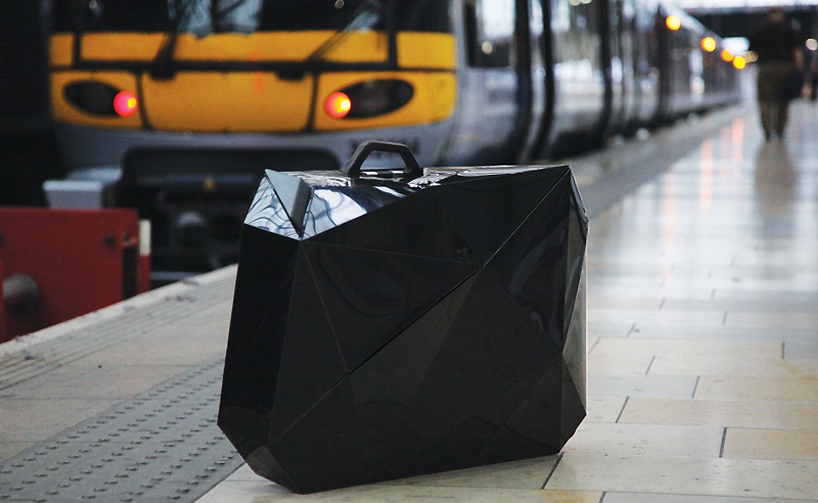 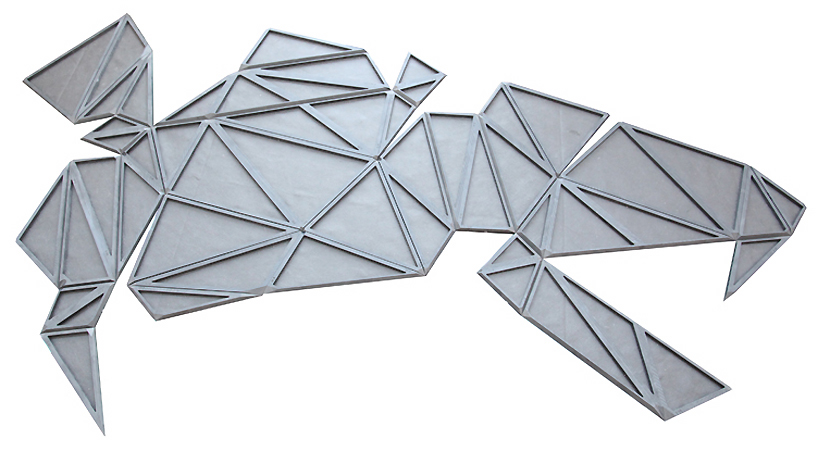