second only to water, concrete is the most widely used material on earth. from large scale infrastructure and bridges to our homes and even the sidewalks we walk on, the man-made substance is ubiquitous in the modern world. but what happens when you try to make the compound mixture out of this world, and on the international space station? well, scientists at NASA and pennsylvania state university have recently revealed their findings from a study into the process performed in microgravity.

dubbed the ‘microgravity investigation of cement solidification (MICS) project’, the study has been undertaken with a view to explore how to build in environments such as on the moon or mars. offering protection from cosmic radiation and meteorites, concrete could hold the key to forming habitats in outer space. however, despite the three components of cement, water and aggregate being mixed for centuries to make the sturdy material on planet earth, the scientists set out to discover how the change in gravity would affect the process. 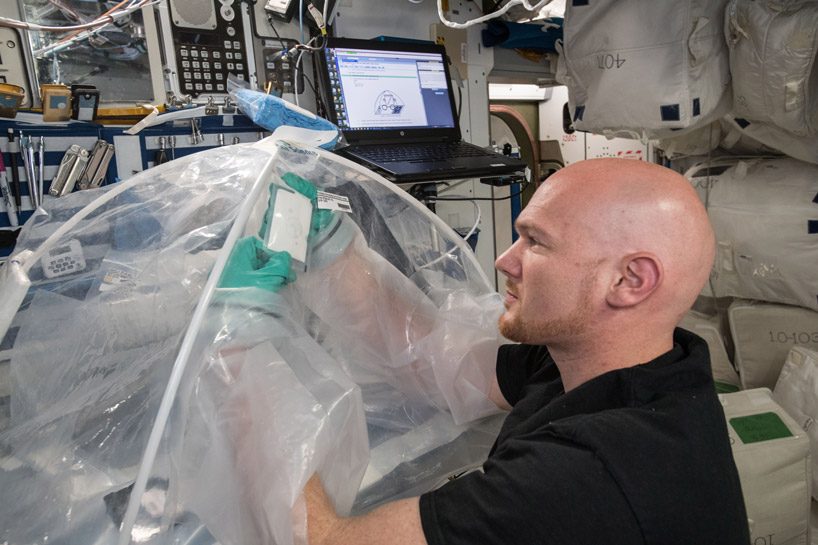 the study has recently been published in frontiers materials under the title of ‘microgravity effect on microstructural development of tri-calcium silicate (C3S) paste’. for the process, the scientists mixed tricalcium silicate (C3S) and water outside of earth’s gravity for the first time. the researchers then compared the microstructures of concrete samples mixed on both the earth and on board the international space station. the results from the concrete mixed in microgravity showed an increase in porosity, or open spaces in the microstructure, which would affect the structural strength of the material.

‘increased porosity has direct bearing on the strength of the material, but we have yet to measure the strength of the space-formed material,’ said principal investigator aleksandra radlinska of pennsylvania state university. ‘even though concrete has been used for so long on earth, we still don’t necessarily understand all the aspects of the hydration process. now we know there are some differences between earth- and space-based systems and we can examine those differences to see which ones are beneficial and which ones are detrimental to using this material in space. also, the samples were in sealed pouches, so another question is whether they would have additional complexities in an open space environment.’ 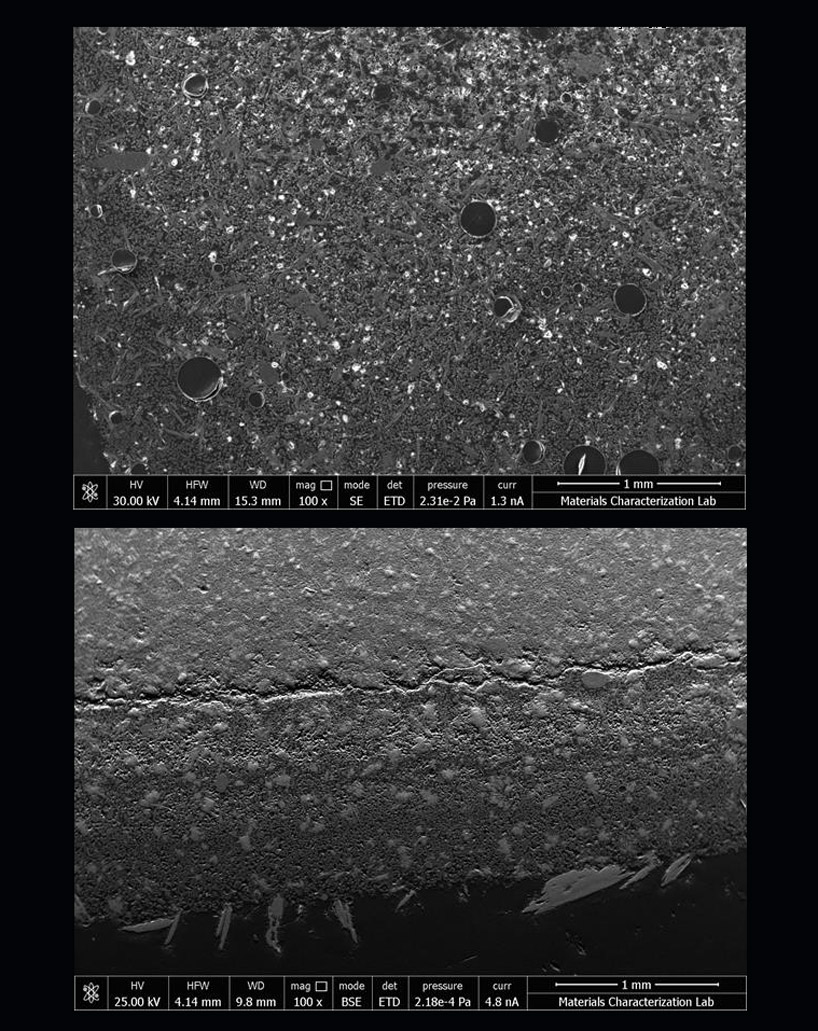