capturing a remarkable moment of nature, NASA has revealed an impressively rectangular iceberg floating in the weddell sea off antarctica. the picture was taken last week by scientists on a NASA research plane, who suggest the it had recently broken away from an ice shelf.

icebergs such as this are known as tabular icebergs, characterized by their long form, sharp angles and flat surfaces. this particular ‘berg came from the crumbling larsen C ice shelf on the antarctic peninsula. the image was taken during an icebridge flight—an airborne survey of the planet’s polar ice that gives a 3D view of the ice that makes up the arctic and antarctic, providing vital information on how it changes over time. it’s difficult to tell exactly how big the iceberg is from the photo, but experts said it was probably more than 1.6km (1 mile) across. the part visible on the surface comprises just the top 10 percent of its mass — the rest is hidden beneath.

From yesterday’s #IceBridge flight: A tabular iceberg can be seen on the right, floating among sea ice just off of the Larsen C ice shelf. The iceberg’s sharp angles and flat surface indicate that it probably recently calved from the ice shelf. pic.twitter.com/XhgTrf642Z

‘we get two types of icebergs’, kelly brunt, a glaciologist with NASA and the university of maryland told live science. ‘we get the type that everyone can envision in their head that sank the titanic, and they look like prisms or triangles at the surface and you know they have a crazy subsurface. and then you have what are called ‘tabular icebergs.‘ they were often geometrically-shaped as a result, she continues. brunt also explained that the formation of the latter is similar to a fingernail growing too long and cracking off at the end. 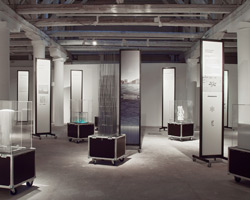 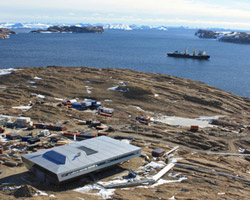 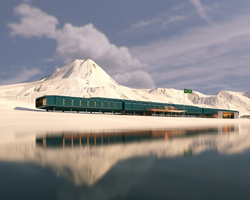 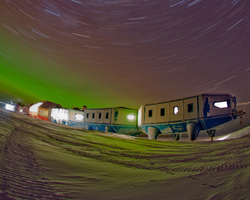