‘dancing squares’ is the solo show of japanese designer nendo at art stage at marina bay sands in singapore. the series of furniture also by the same name, consists of a bookshelf, stool, table and lamp. ‘we assembled squares to create a sense of motion in this series of objects. one part of the bookshelf is frozen in its cascade of tumbling planes, creating variety in the way books can be stacked. the stool’s twist endows it with visual play. lamps roll about, but are stable thanks to their planes, casting light in different directions. the table leans as though it seems to be falling, but maintains its function as a table. objects placed on it seem to sink into its folds and sways. the different ‘movements’ make balance and unbalance overlap,  as though we are watching the planes themselves dance.’ – nendo. the exhibition is part of the ‘no boundary’ event and runs from january 13th – 16th. 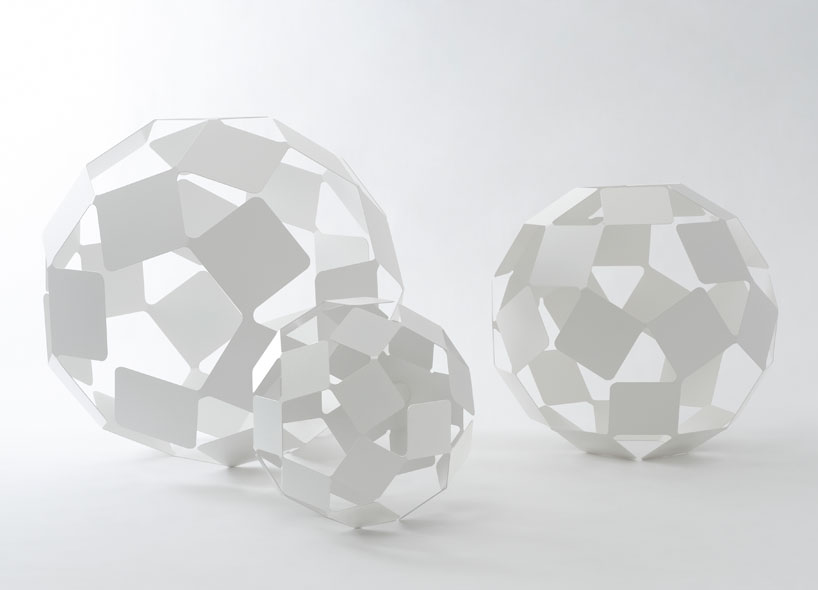 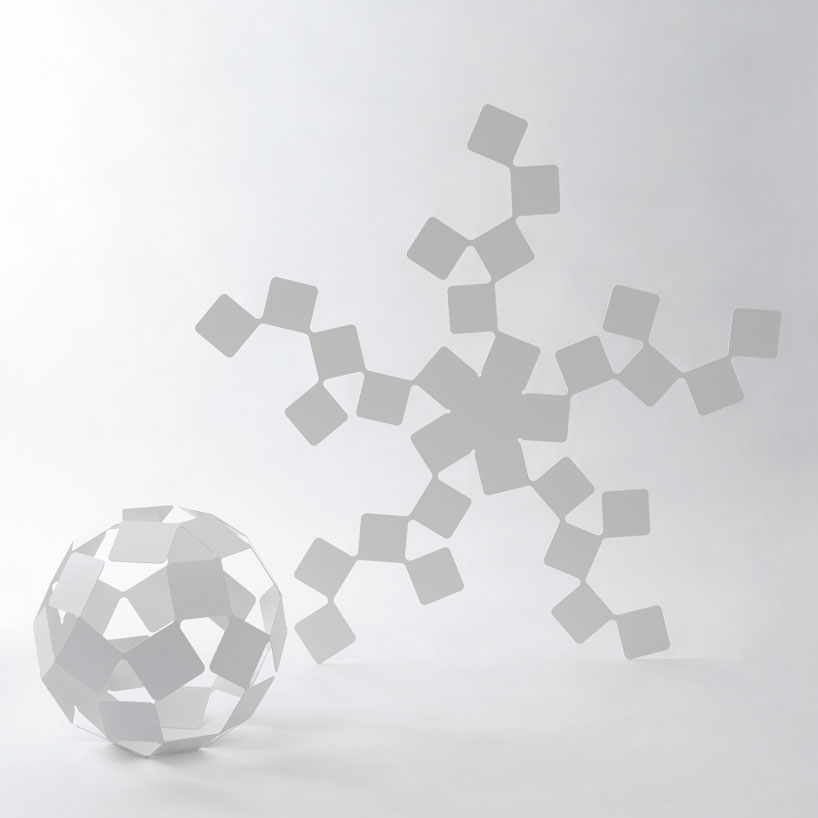 lamp in its ball and flat form 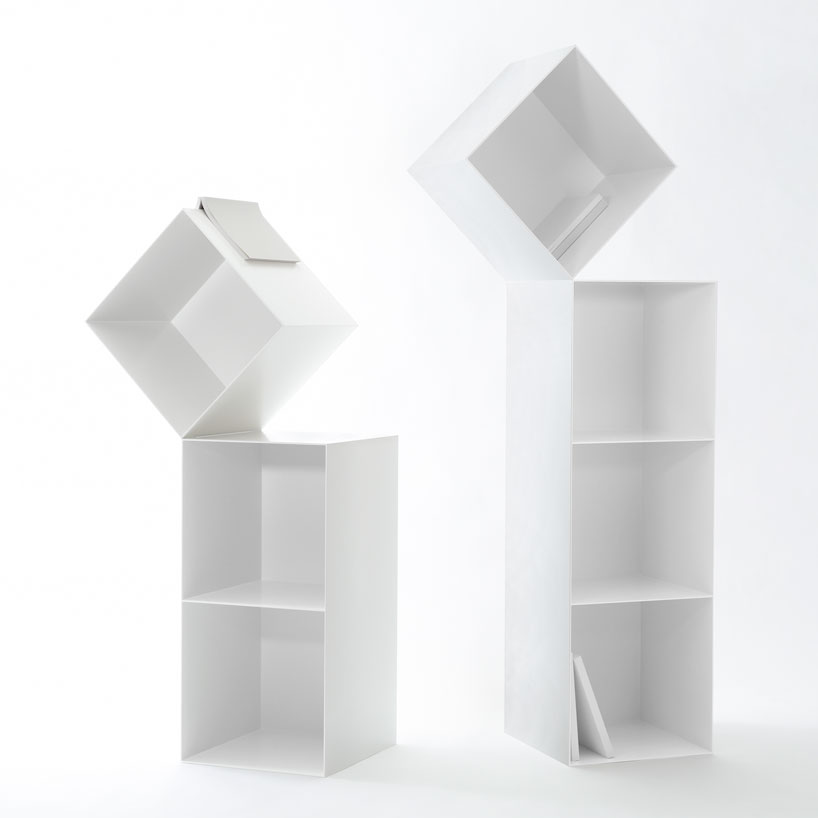 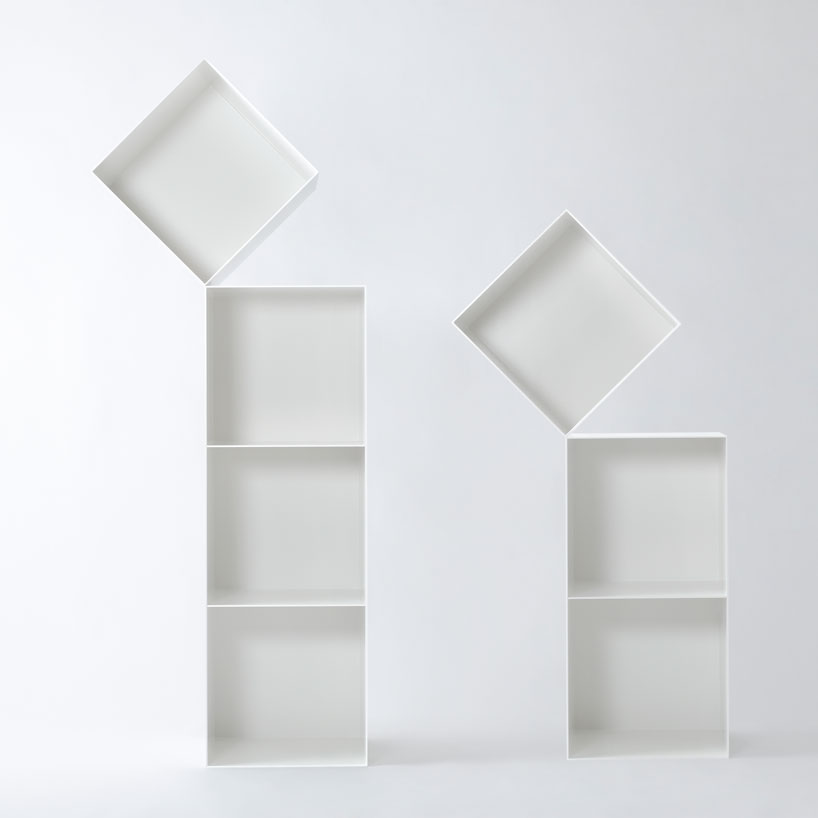 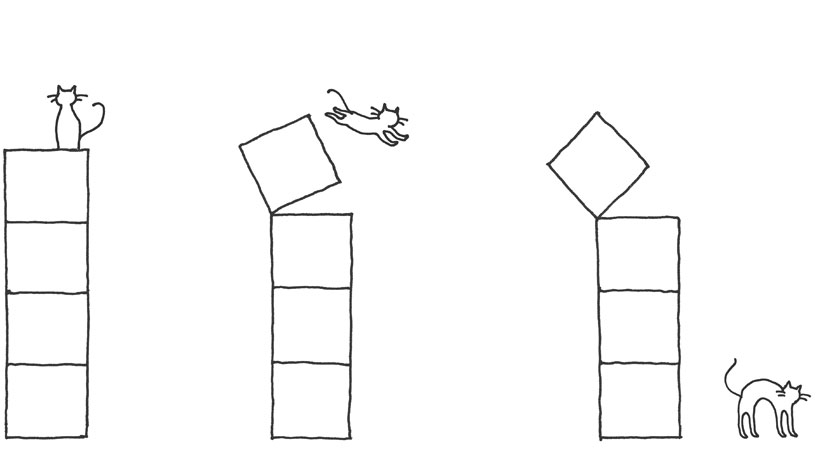 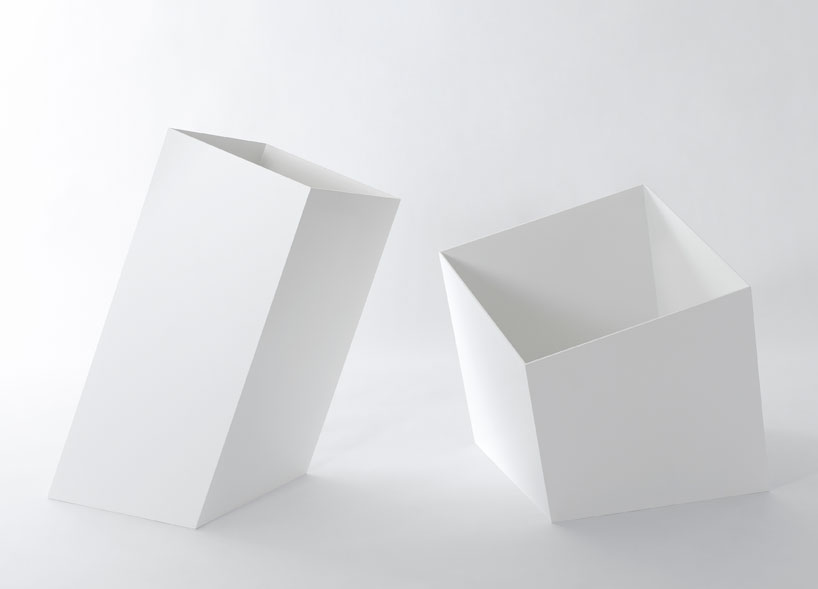 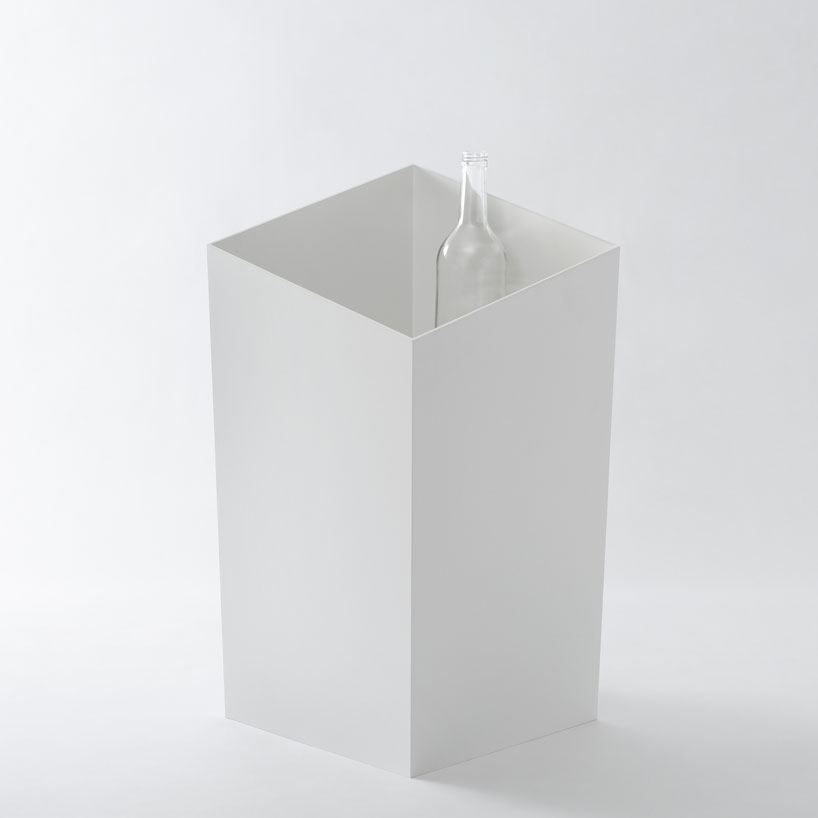 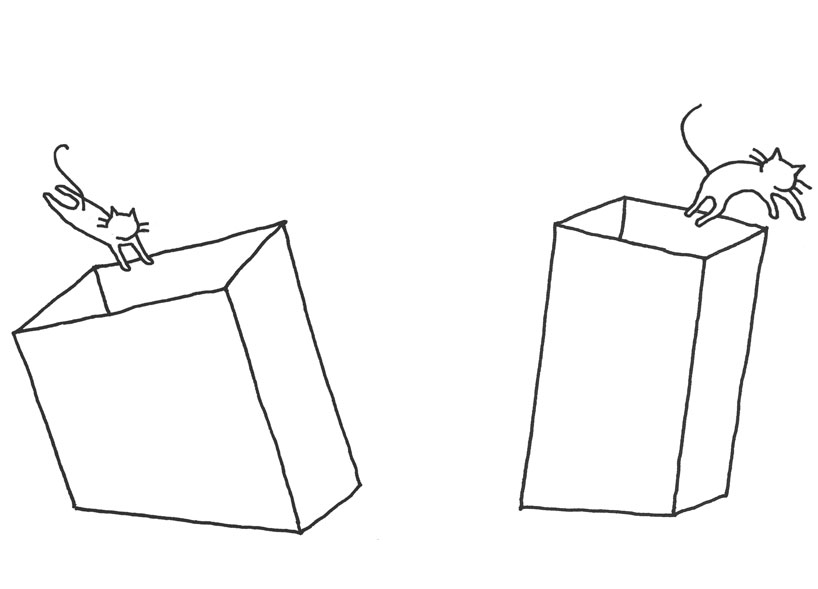 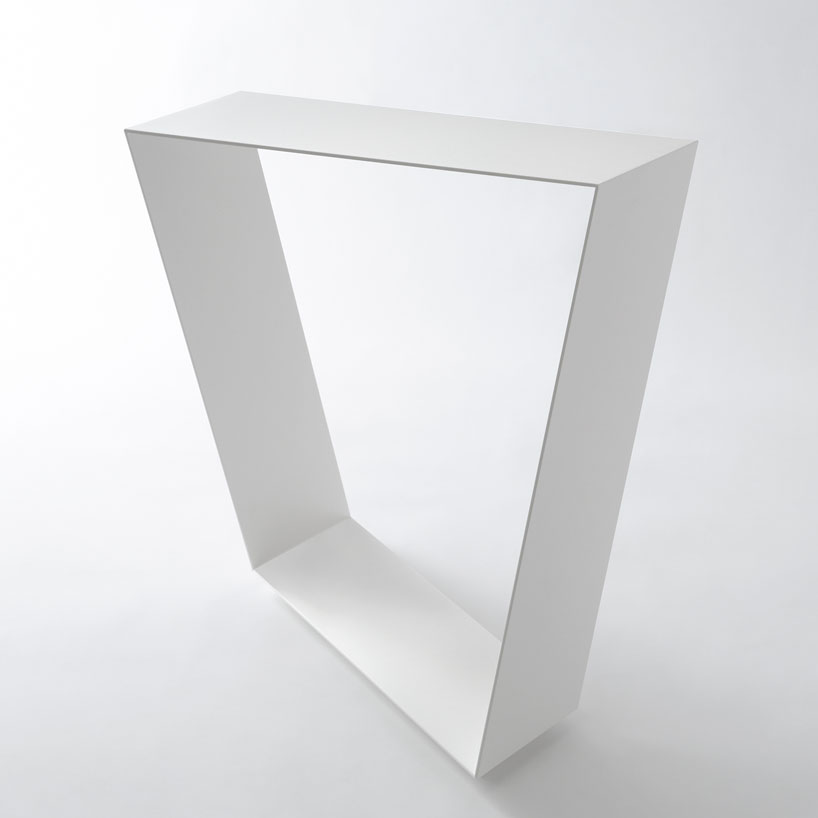 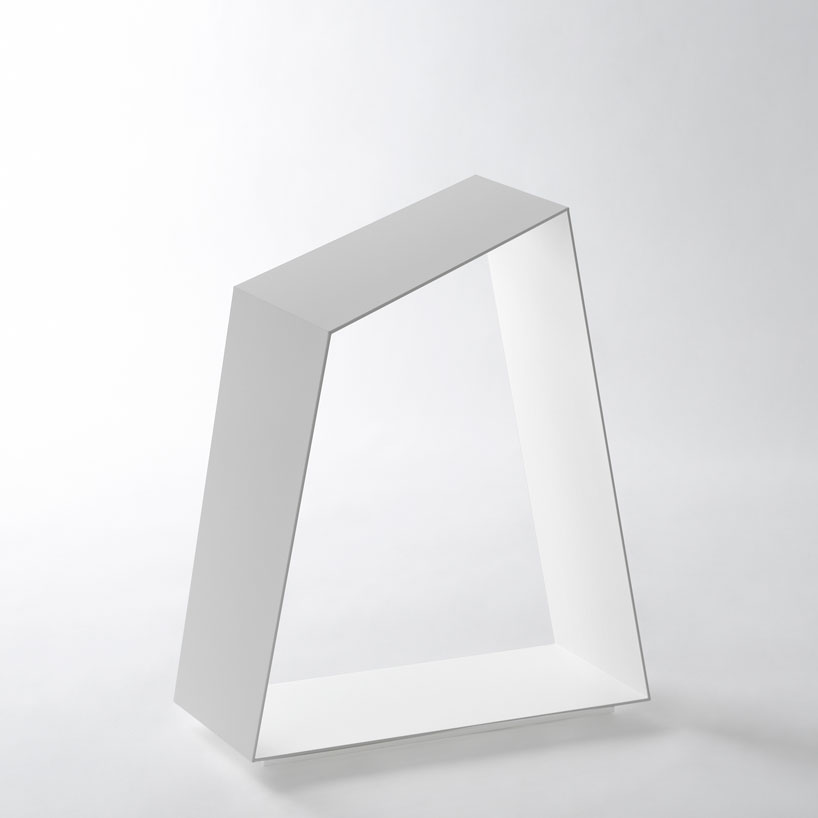 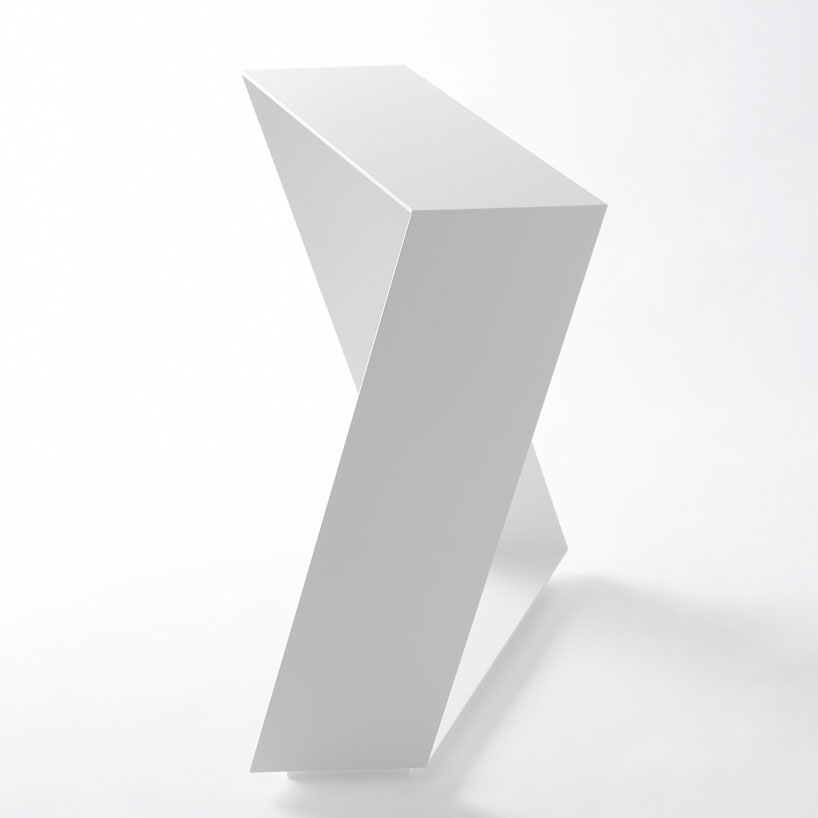 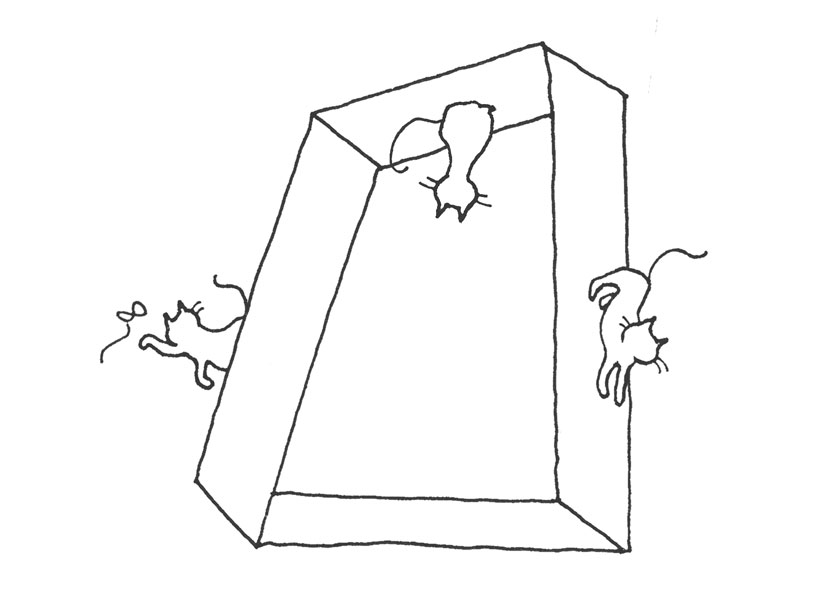 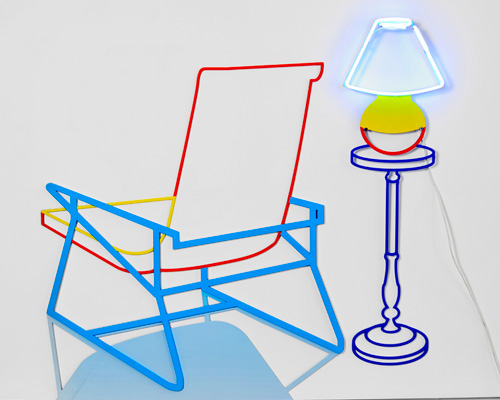 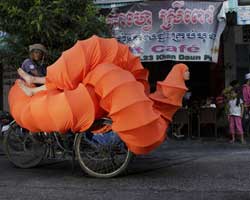 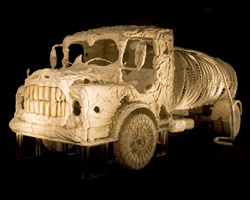 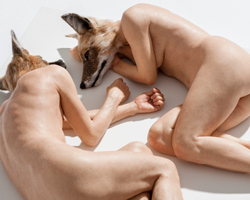 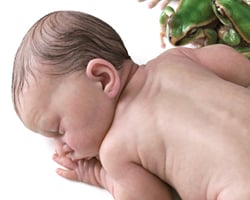