japanese design studio nendo has envisioned their first retail space for spanish footwear brand camper in osaka, japan within daimaru department store. concluding that the ‘raison d’être’ of the company is to enhance people’s daily experience of walking, nendo’s shop concept features shoes which appear as if they are suspended in the air round the perimeter of the space. thin pipes extend down from the ceiling at varying heights, as well as from the sidewalls, with camper products displayed on their opposite ends, give this illusion of weightlessness, as if the footwear itself is taking a leisurely stroll. other camper models are presented on shelves, hovering on footprint stands, also at differing heights to evoke the feeling of movement. 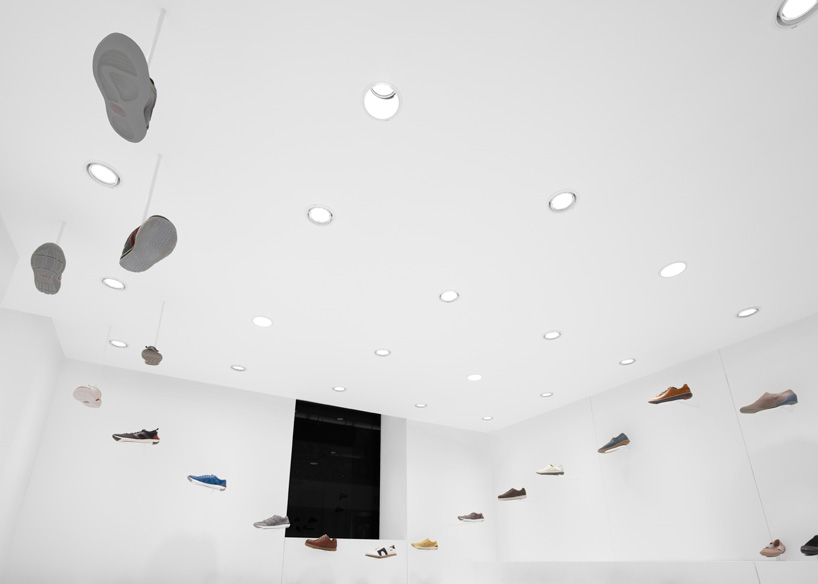 thin metal pipes hang down from the ceiling in which footwear is displayed, making the shoes look as if they are floating in space 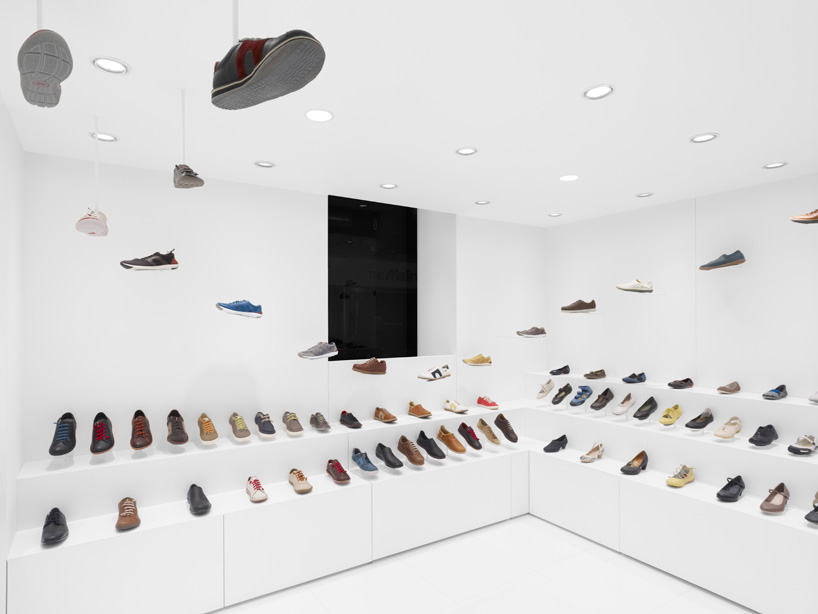 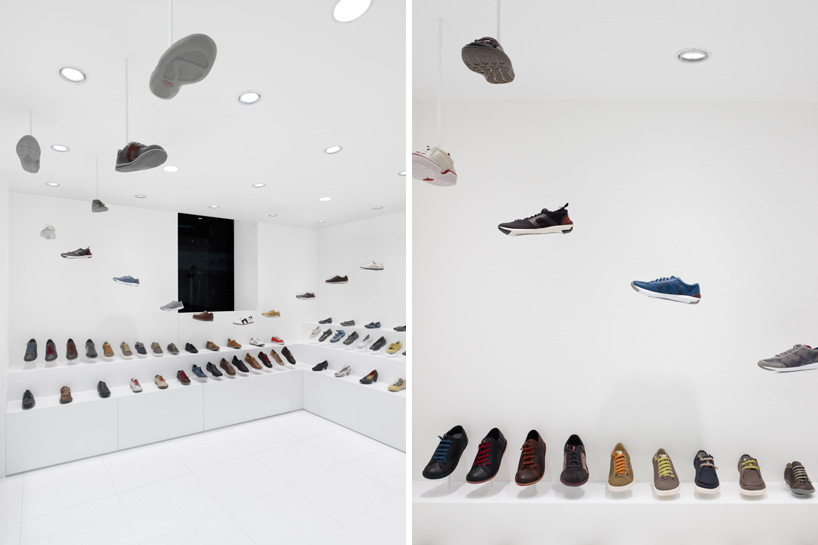 alternative views of the displays 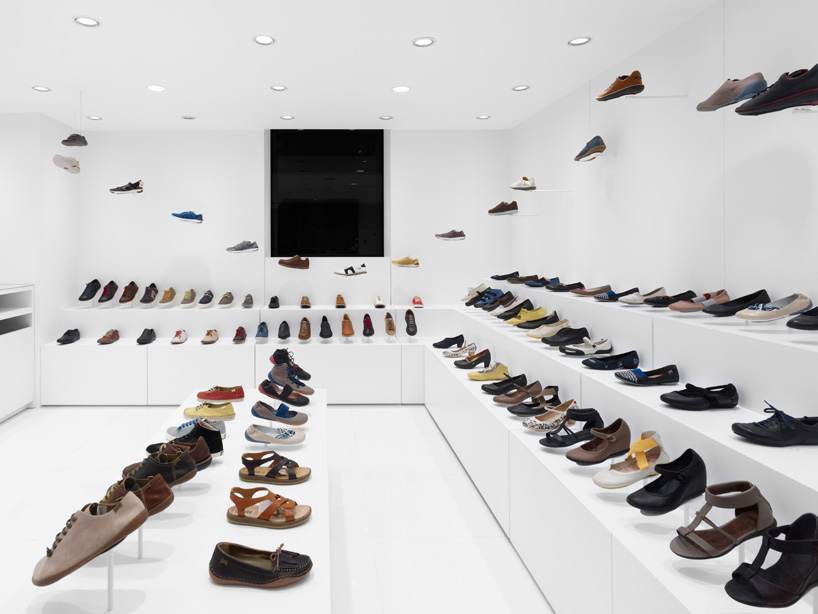 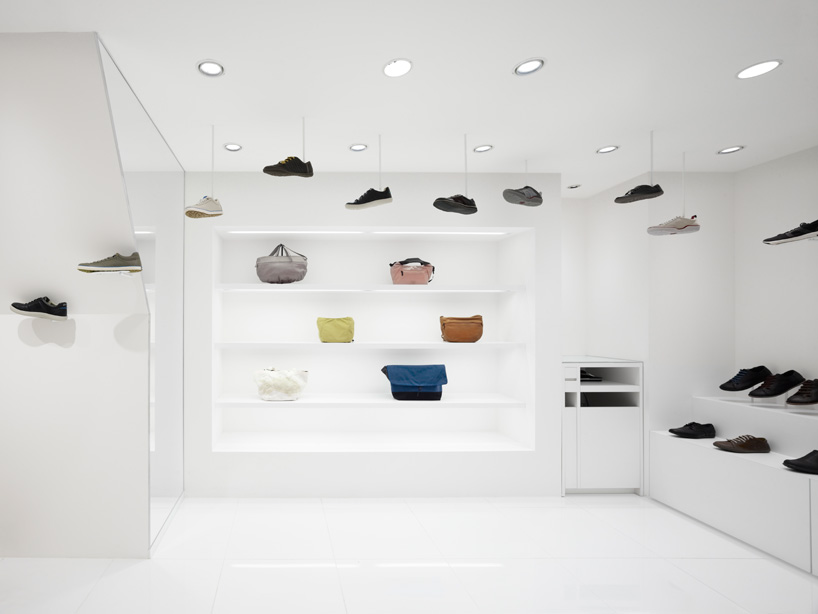 the store’s backdrop is white, allowing the footwear on display to take centre stage 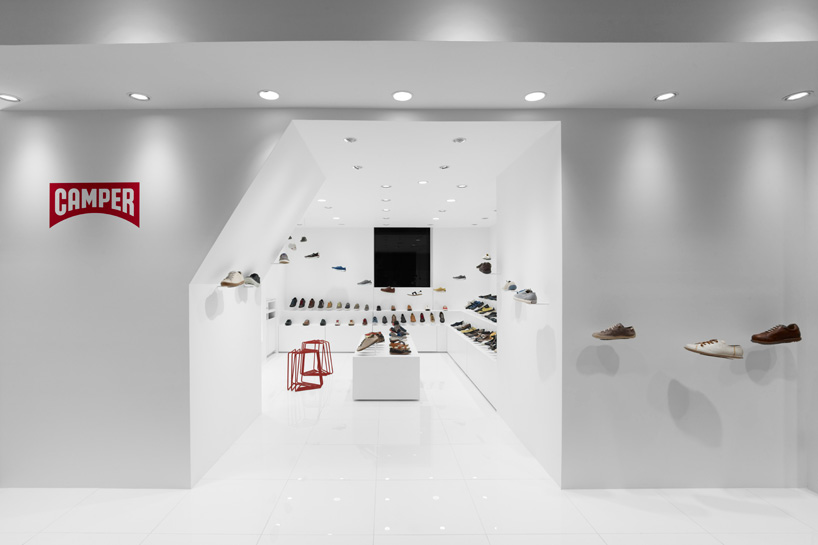 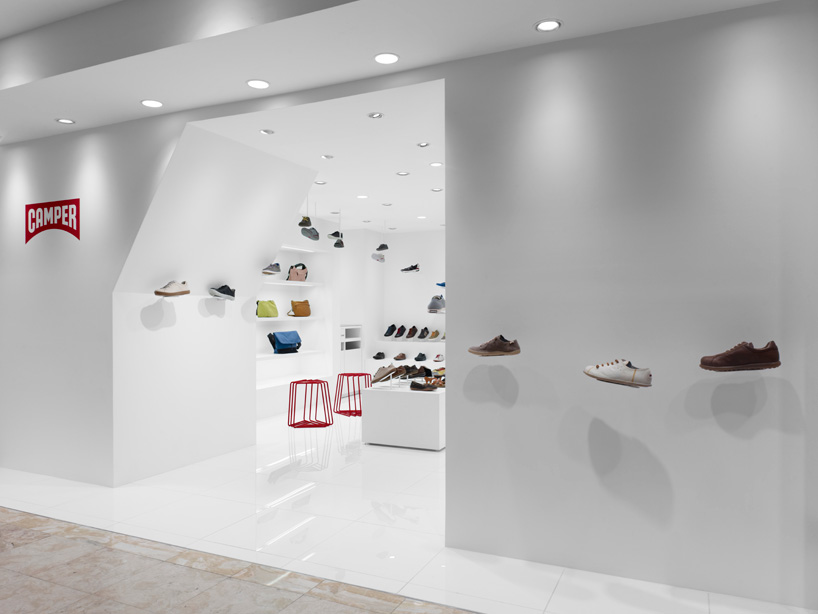 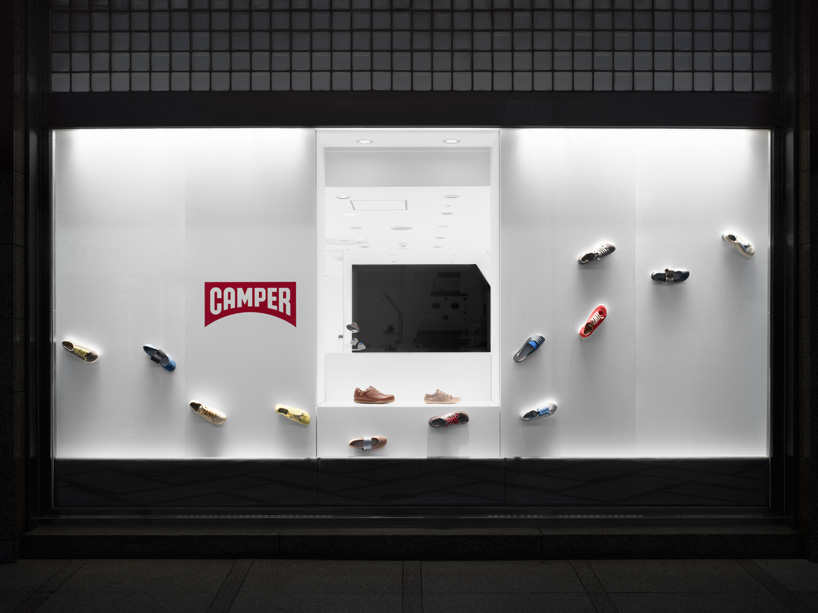