known for his popular exhibitions during milan design week this year nendo presents ‘forms of movement’, a showcase of 10 different collaborations with japanese manufacturers. each product uses unique materials and advanced techniques among a labyrinth of designs, sketches and manufacturing processes. 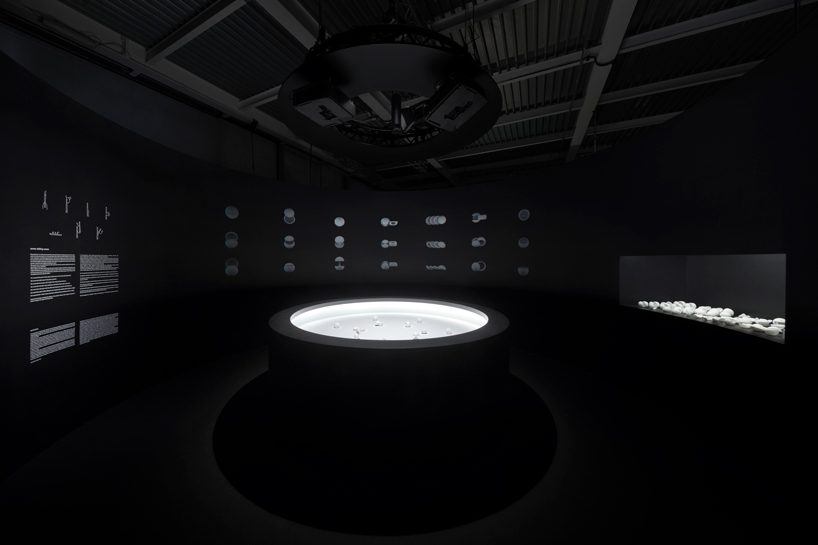 spread over 800 square meters, nendo‘s 10 concepts are based on the idea of movement and hope to shed light on the studio’s creative processes headed by japanese designer oki sato. ‘I thought that when I am designing something like an object, I noticed that I am designing an object but trying to design the movement that is related to that object‘, sato says. ‘I noticed that some objects sort of let people move and then people react to objects as well,‘ sato told designboom. 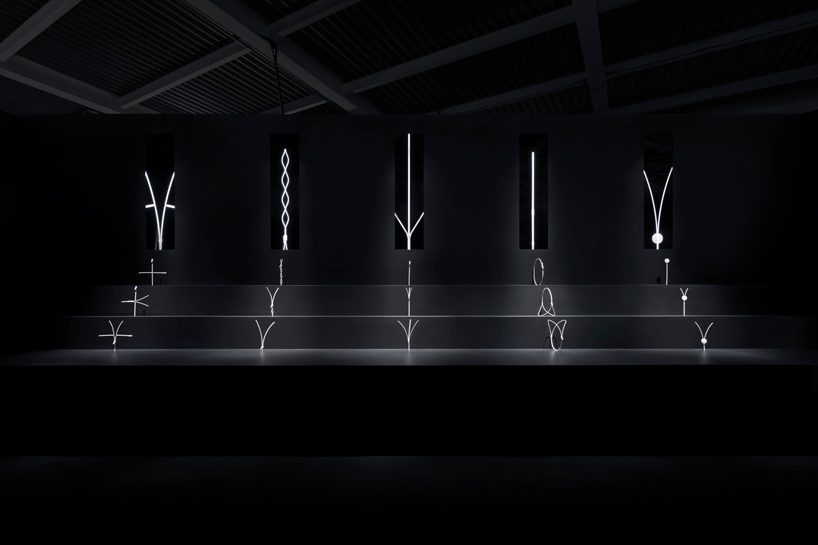 sato first came up with the exhibition when working on a zipper for fastening manufacturer YKK who has first asked the designer to come up with different shapes and finishes. inspired by the challenge of transforming something that hadn’t been changed for more than one hundred years, sato focused on the device’s movement instead. ‘so we started doing some research about how these things clamp to each other. then I thought, what if we come up with new different ways of moving the zipper with new functions. that was kind of the a-ha moment when I thought of coming up with more ideas and making this exhibition.’ 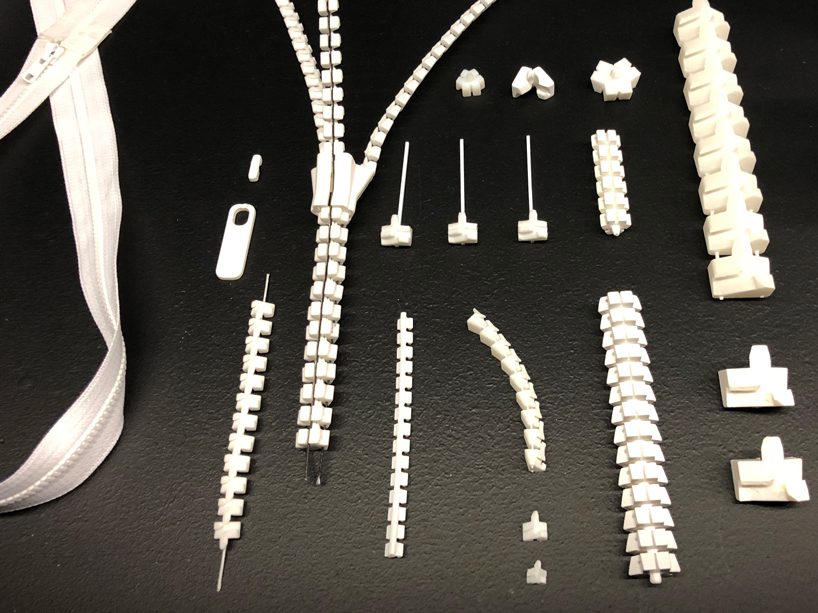 the exhibition begins with ‘seven sliding cases’, a series of orb-like boxes made from a natural mineral known as fluorite. after being compressed and heated to create a material with impressive durability and an extremely low-friction quality, these boxes boast a natural feeling of touch. when closed all white cases have the same sphere shape of 65mm in diameter but each one opens in varying ways. 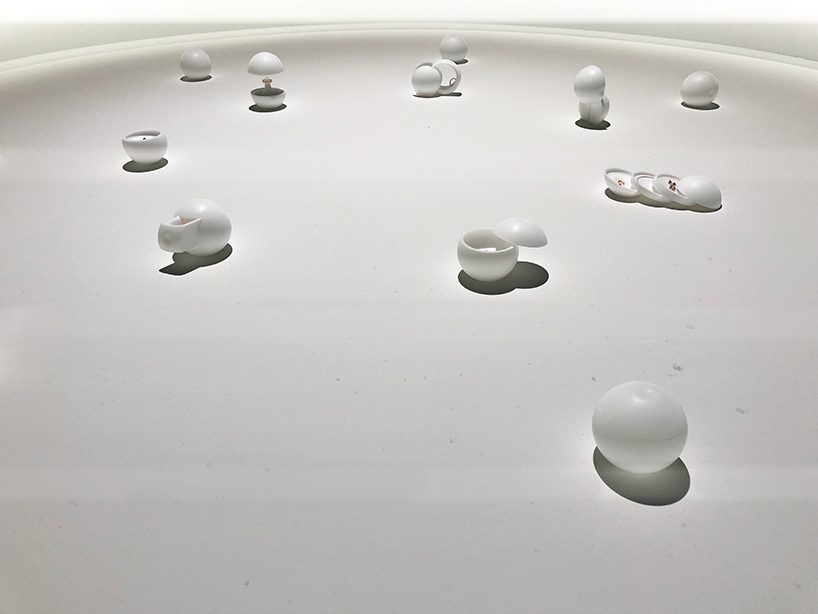 acting as a centrepiece to the exhibition, a four-layer vase with two different overlapping patterns has been created using fine milling technology. crafted from a 100kg block of aluminum, each layer has been carefully calculated to the exact millimetre so that the play of light and shadow is just right so each pattern blends together without a distinct separation. 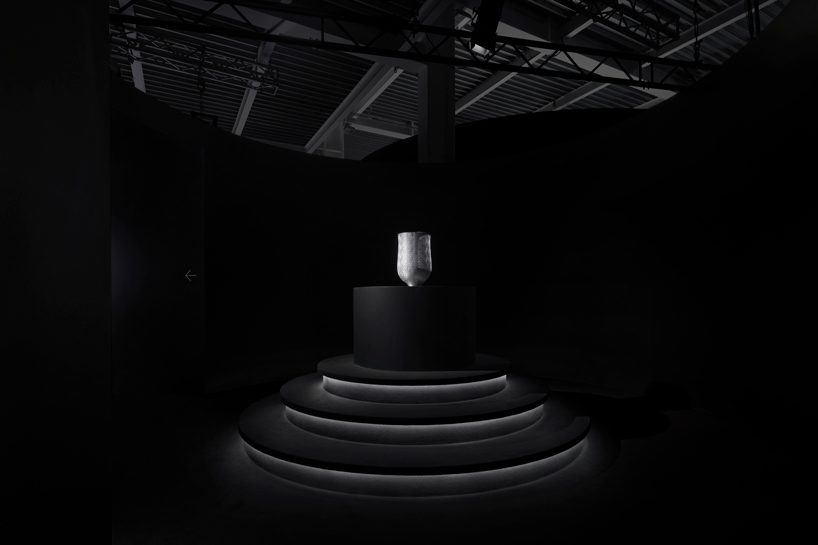 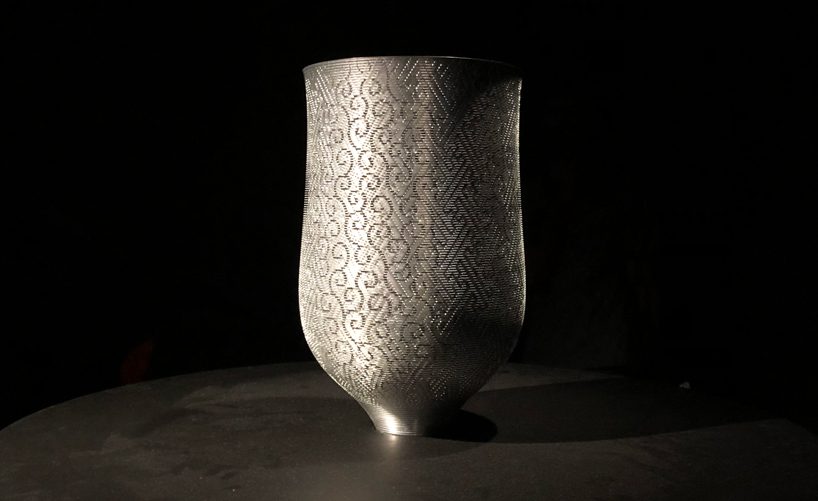 as previously reported on by designboom nendo also reimagines the hourglass in an attempt to design time. creating four unconventional shapes, the studio has carved the devices from blocks of transparent acrylic. elsewhere an electronic paper that rolls itself up into a working torch is also on display, as well as a series of ‘bouncy furniture‘ made using polycarbonate sheets, whose softness can be changed through lamination and how it is bent. 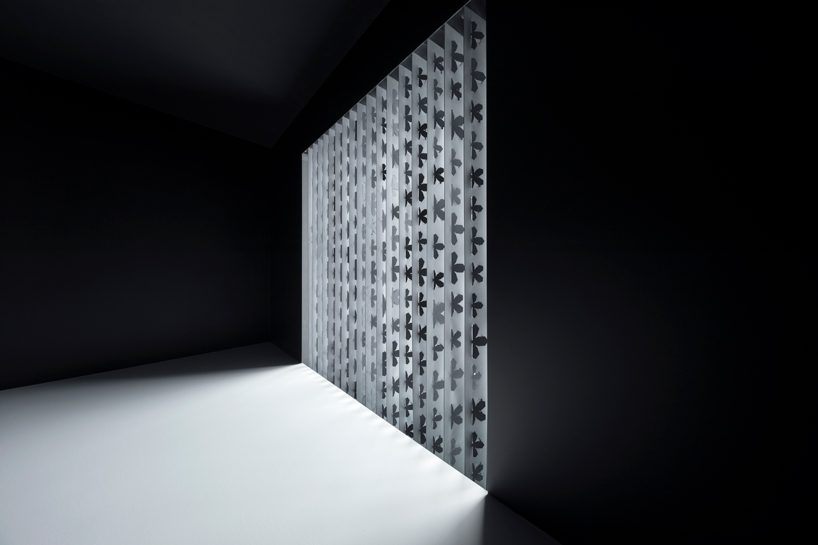 perhaps one of the most tactile products in the exhibition is a kitchenware collection focusing on different lid designs. made in collaboration with an air conditioning equipment manufacturer called daikin, nendo uses a high-performance silicone rubber which has an extremely silky touch. each one functions in an unusual way whilst aiming to convey the abstract feeling of air itself. elsewhere a system of blinds uses the shift between its open and closed states as a design opportunity, moving to reveal blooming flowers; a set of tables with woven surfaces are on display; and a hallway decorated in ceramic tiles protest their expected uniformity. 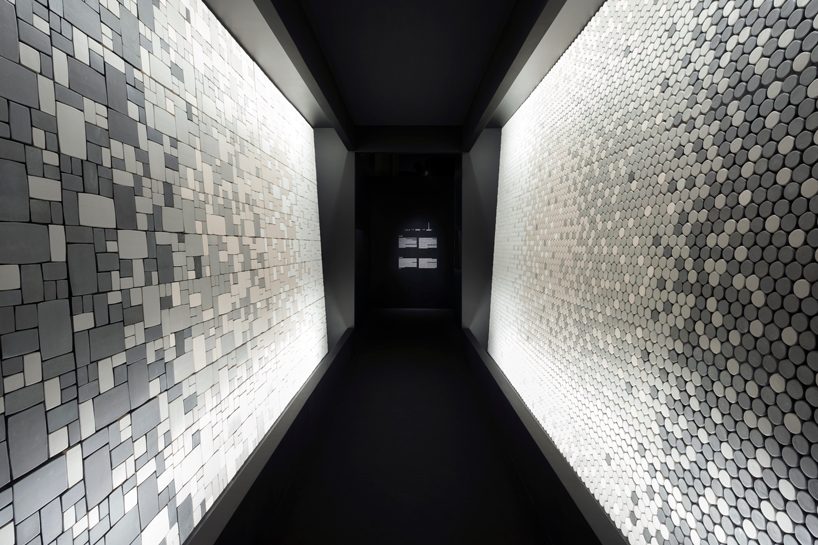 the exhibition closes with an unusual trip to the gift shop featuring nendo’s capsule toy machines, referencing those originally imported to japan from the US in 1965. by inserting coins visitors could turn a knob to release and dispense miniature figures of the studio’s sketches in 3D forms, a reminder of the studio’s playful nature commented on by sato: ‘I say no to the projects that I don’t get excited about. when I look at the materials and I don’t feel something I don’t proceed with the project. when I do get excited I try to capture that excitement and deliver it to someone else. that is why I try to keep my ideas very simple and easy to understand as if for small kids. so they can actually touch them and understand how they work. it is very important to see things, not in a stupid way, but like a small child.’