in GLOO, nendo reworks the typically excessive appearance of stationery packaging in a series of uniform adhesive products complete with a matte white finish and subtle, non-distracting information printed on them. developed for japanese stationery company KOKUYO, the project seeks to unify various products such as glues and tapes which have been produced under different brands. 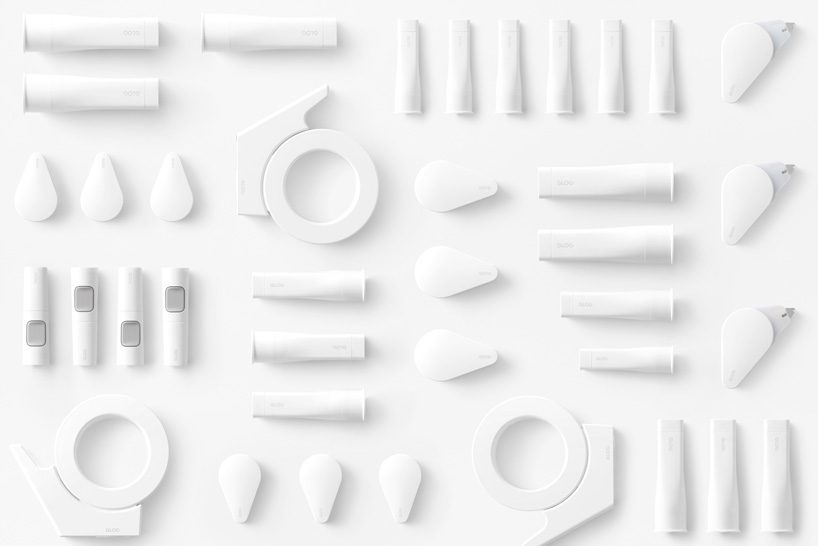 nendo has developed all products to solve subtle stresses that derive from a series of questions asked to users about their current experiences, such as ‘where is the cap placed when it’s off from the product?‘, or, ‘is the current shape really easy to hold and carry?’. packed in a limited edition GLOO box that includes a bird-shaped paper mobile object to be crafted using the products within, the collection includes: a square-shaped glue stick that can be easily applied to the corner edges of paper; a tape glue with compact head that can be swung into the body when being carried; an instant glue with red color that clarifies pasted area and fades after 15 minutes; and a tape dispenser whose body was made as light as possible to carry, and to prevent injury and damage from dropping. 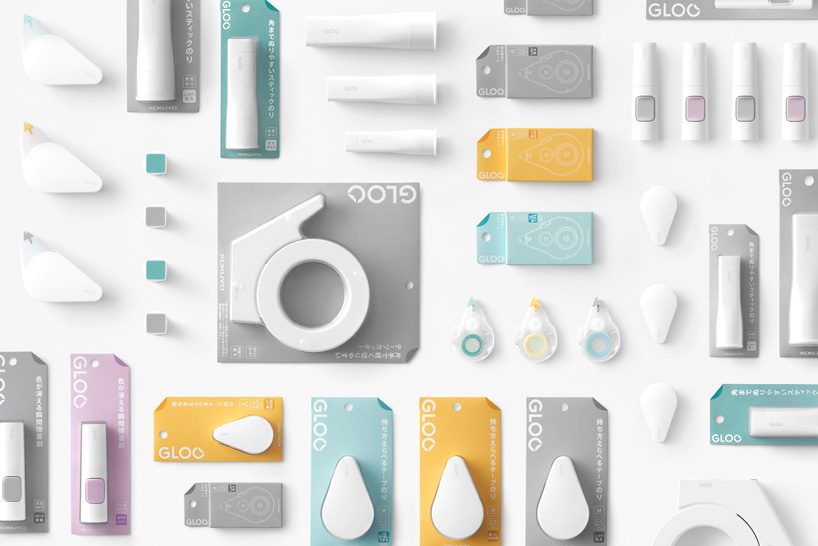 all four GLOO products have been finished in matte white, while the logo and other information are printed in small font with medium contrast so that they are not unnecessarily informative on the desk. colors are used both in the packaging and in the actual adhesive material, signifying each product’s different function, such as ‘grey = standard’, ‘red = strong adhesion’, and ‘light blue = re-stickable’. 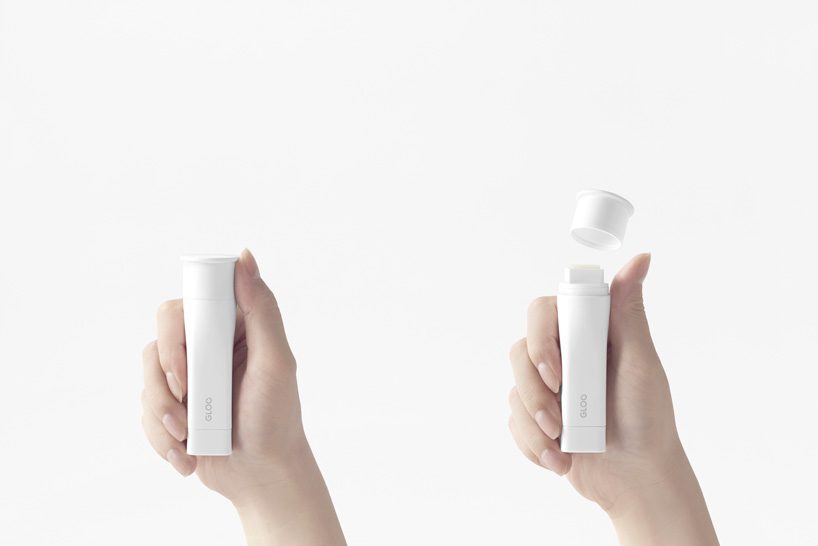 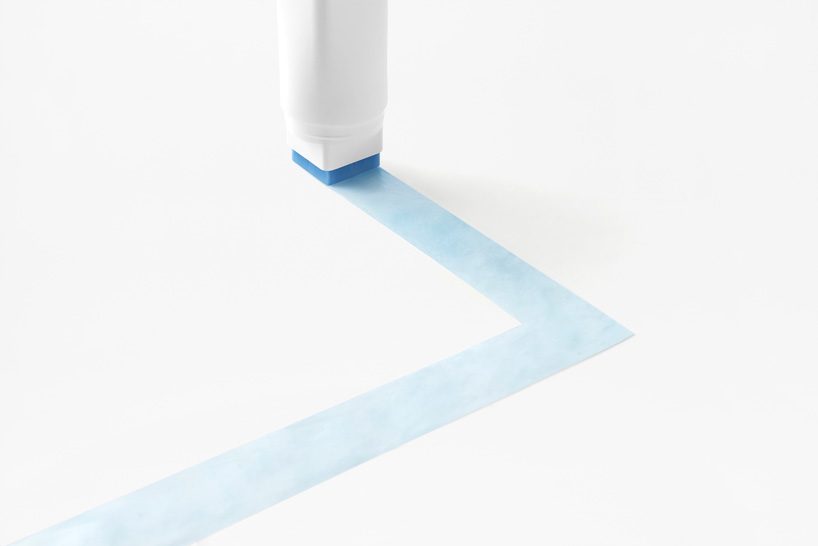 the stick can be placed with the cap side down, and after pasting, the body can be easily clicked on to the cap with one hand 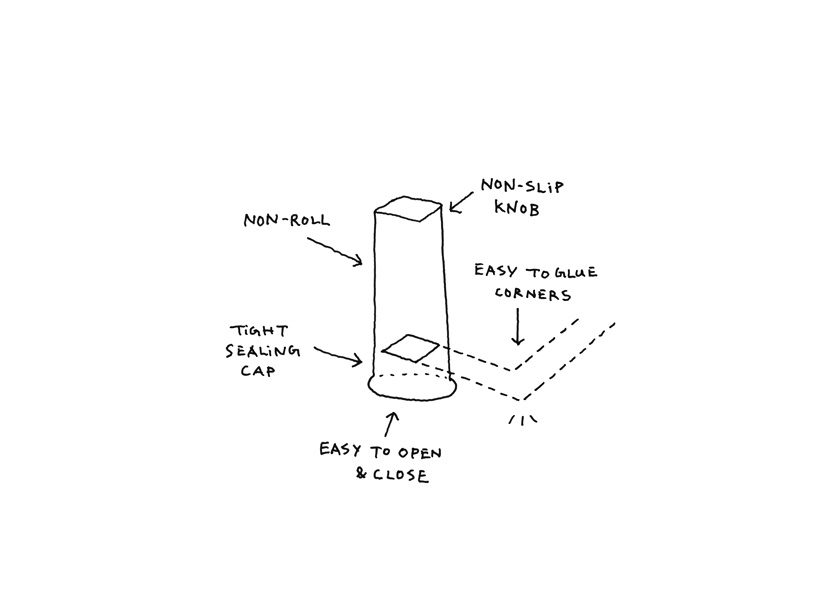 the roller tape glue can be held with index finger pressing to the body, or with the whole hand 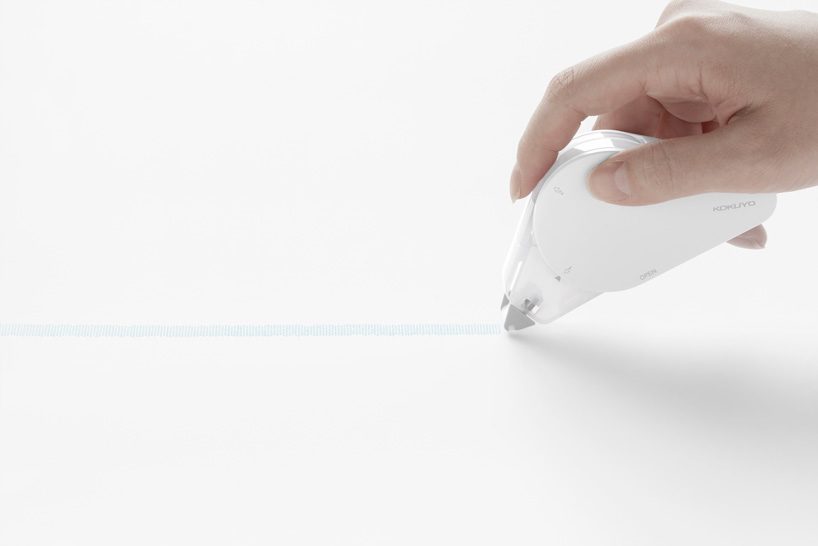 the lid slides and covers the head part when closed, which prevents loss of the cap and dirt invasion to the adhesive surface 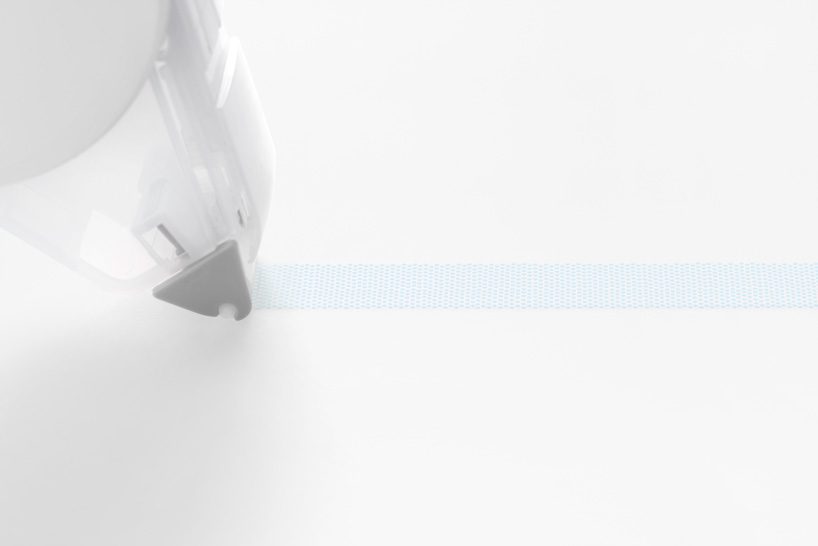 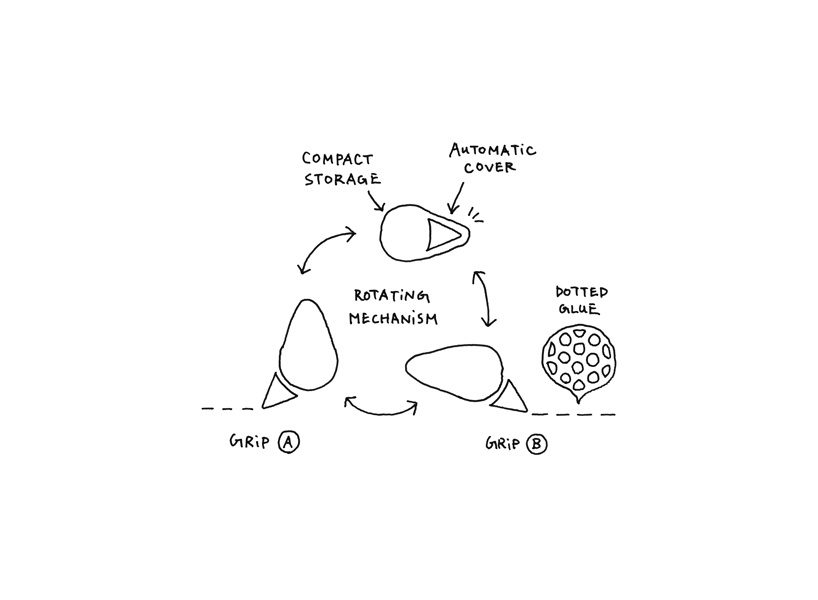 the tape can be held in two different ways 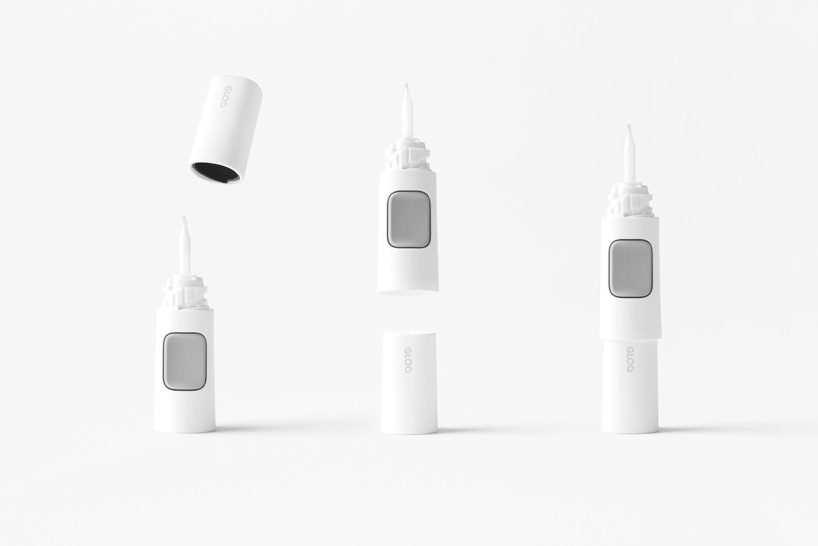 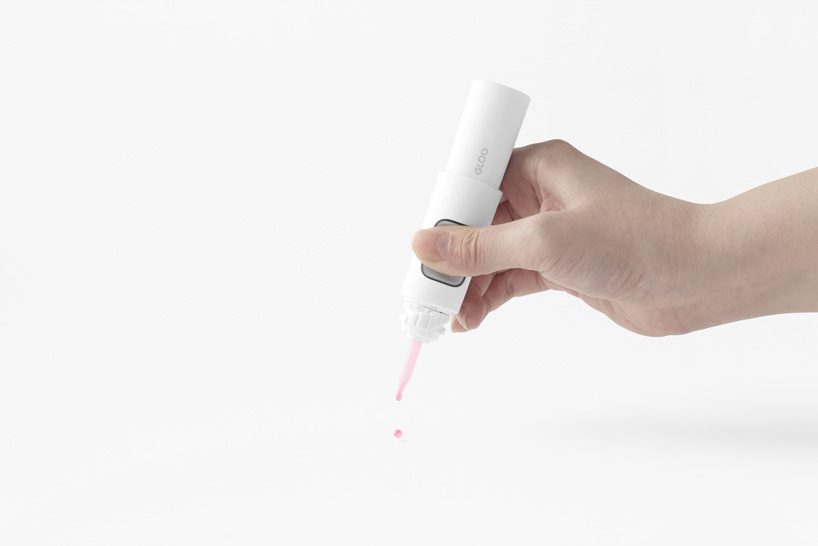 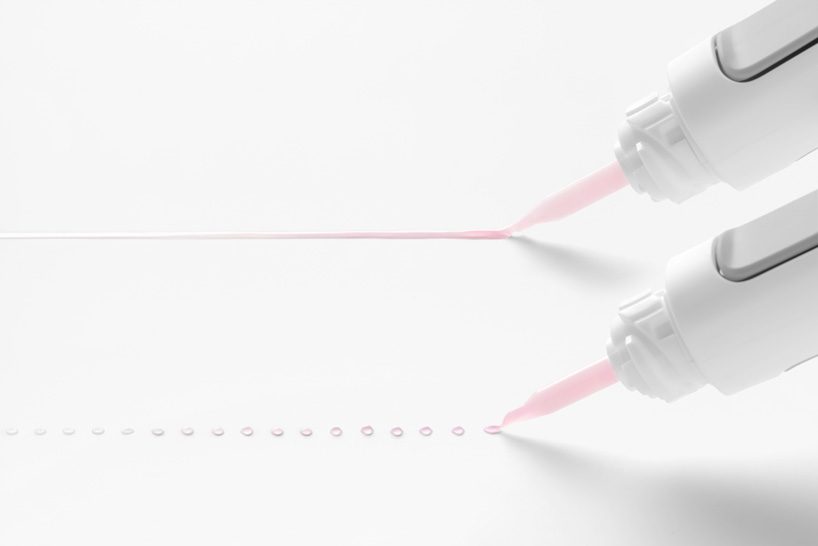 for both ‘dot’ and ‘line’ pasting, the nozzle tip is shaped as if cut diagonally 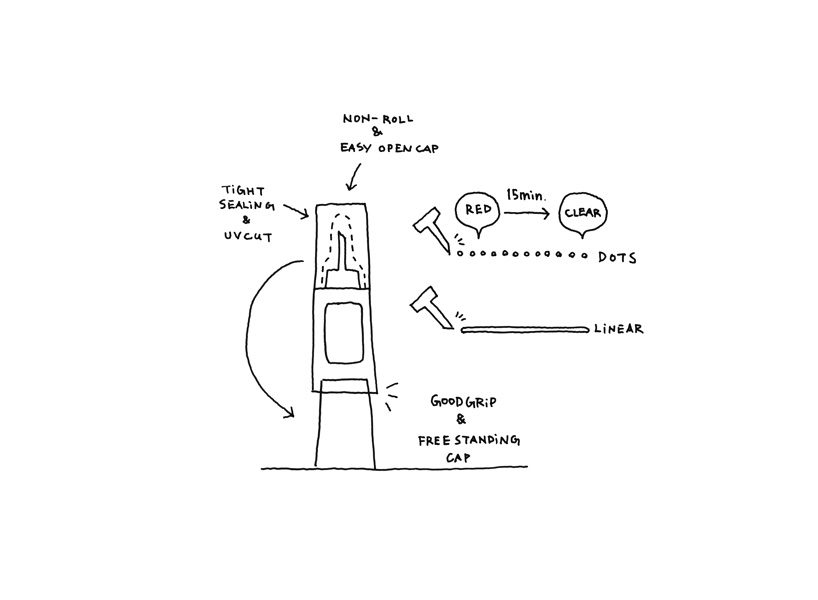 once docked on the bottom tip, the cap makes the glue stand on the desk to prevent glue liquid leaking while in use 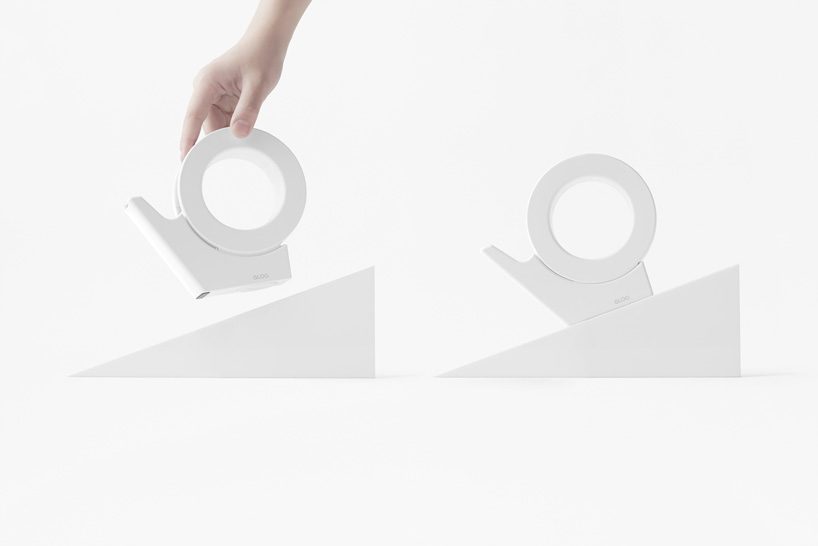 the tape dispenser is made as light as possible to carry, and to prevent injury and damage from dropping 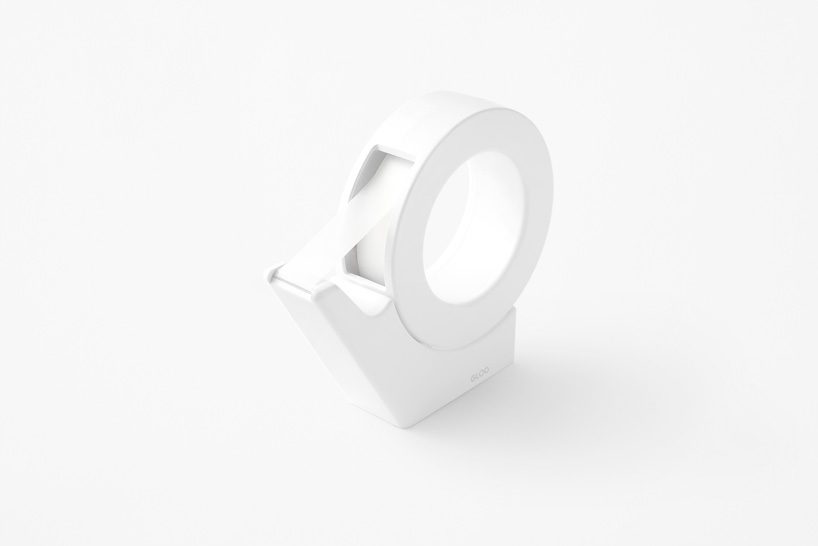 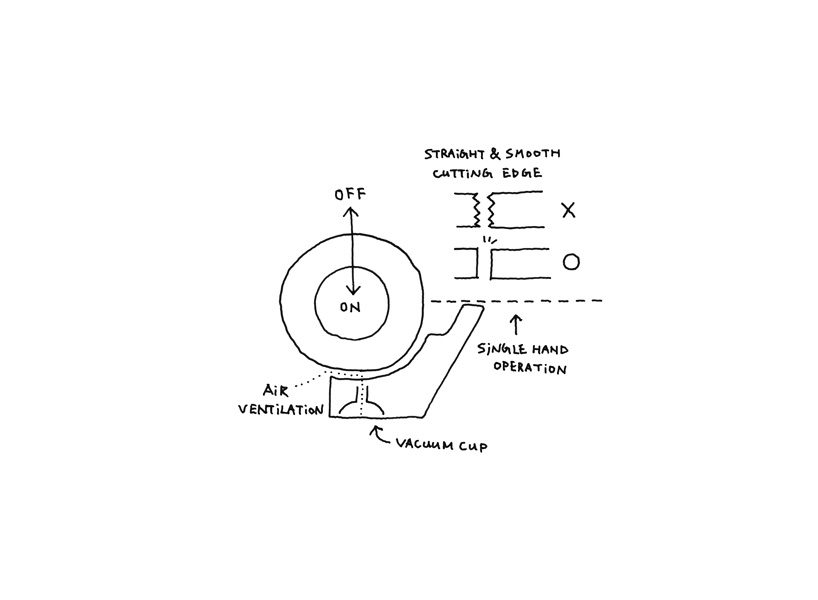 the dispenser can ‘stick’ itself on to the desk when put on the surface, and when pulled upward, it can automatically ‘detach’ itself 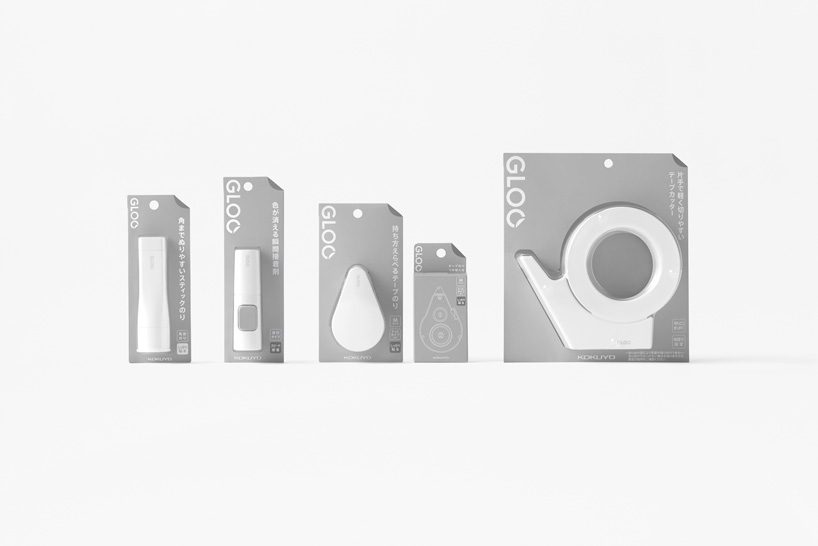 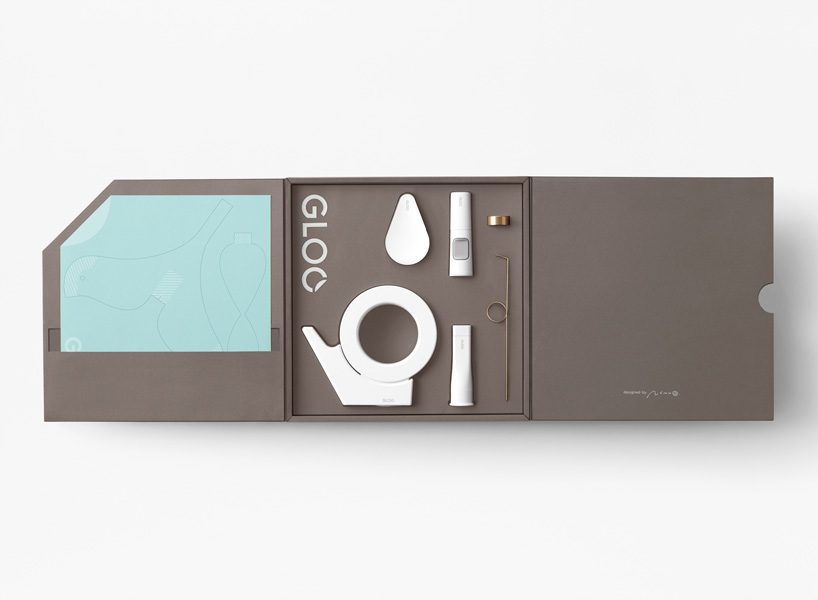 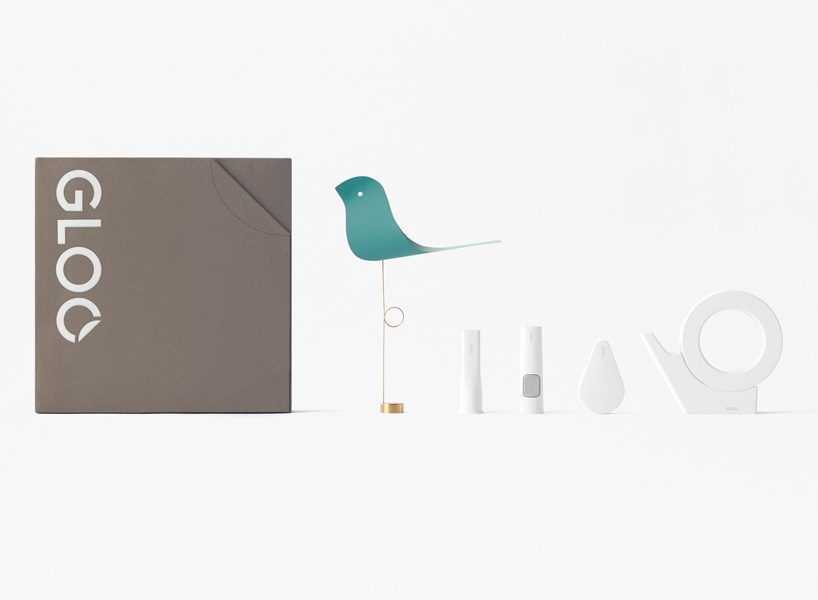 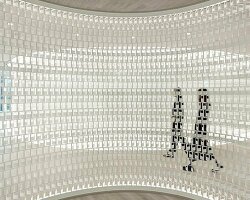 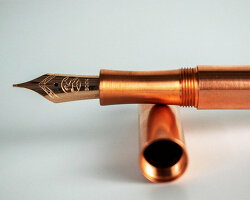 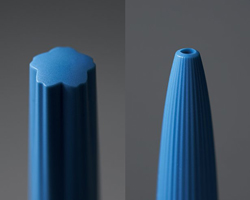 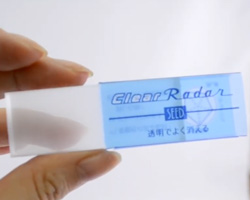