prolific japanese designer and founder of nendo, oki sato, has unveiled the L door key, a revisitation of traditional key design that adds the principle of leverage to the object, resulting in an intuitive design. standard door keys consist of a blade that is then inserted into the keyhole and then turned thanks to the bow. but the relative symmetry of the key’s shape makes its orientation difficult to discern at first glance. 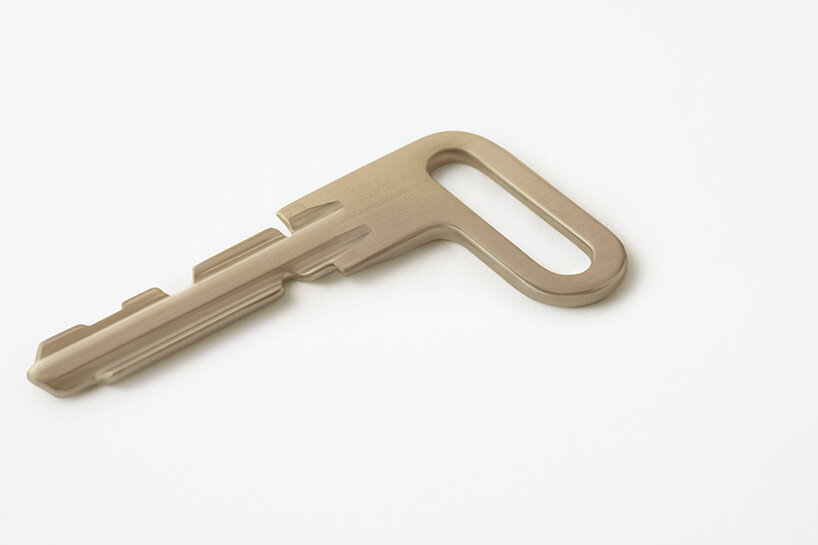 in order to tackle this small but significant problem, nendo has molded the bow of the key into an L-shape, allowing the principle of leverage to enable users to turn the key effortlessly, just like a hex key. furthermore, its asymmetrical shape leads to the understanding of the key’s top and bottom, front and back. for visually impaired users, the touch of the key will give them the correct orientation, be it in their pocket or in unlit areas. 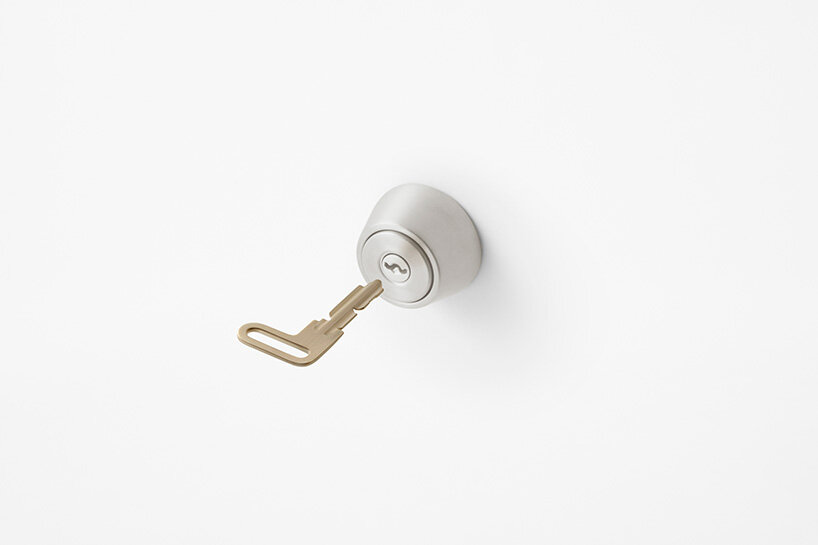 overall, the design is so simple that instead of adding new elements to standard keys, the L door key by nendo structurally shifts the bow off center for operation. this means the key is neither wider nor bulkier than usual. brass was chosen for its durability and bacterial and viral resistance. 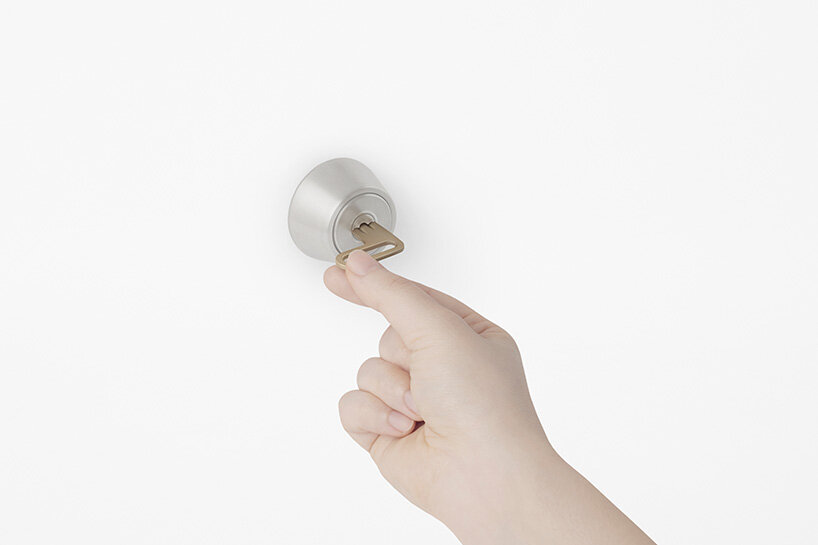 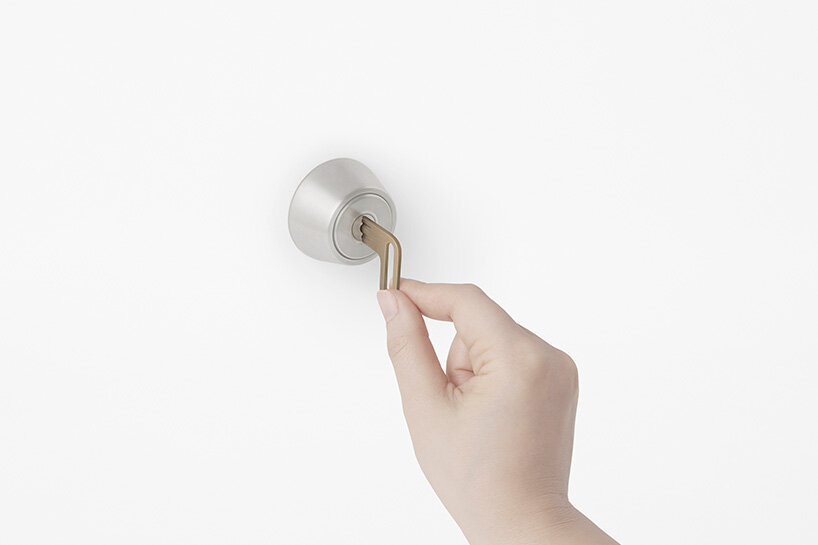 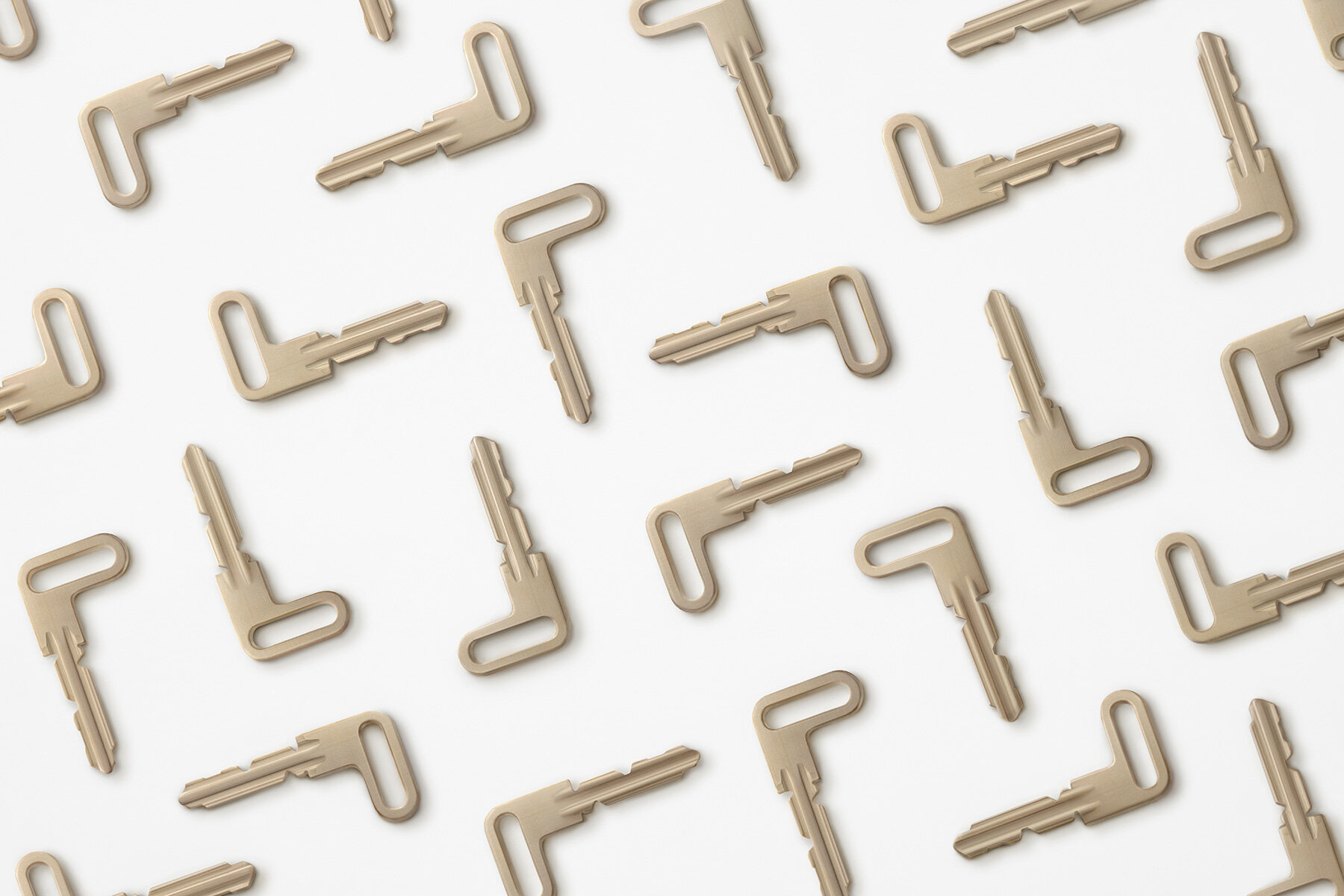 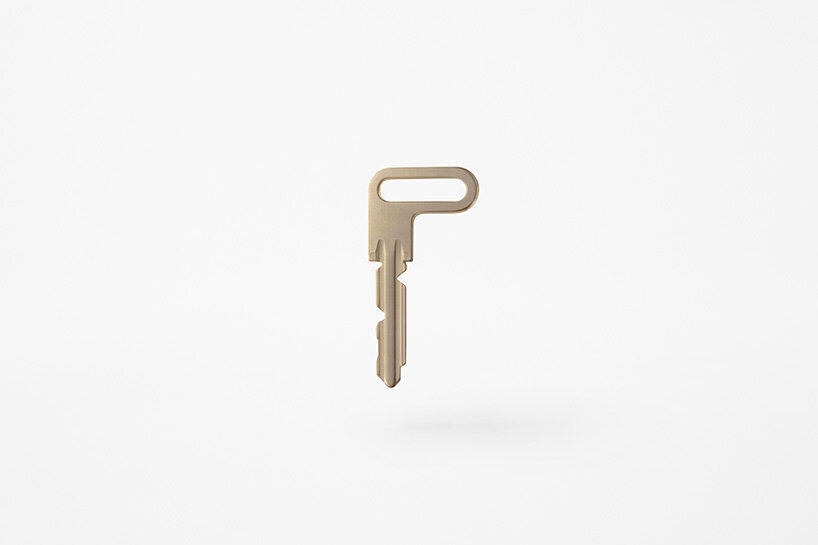 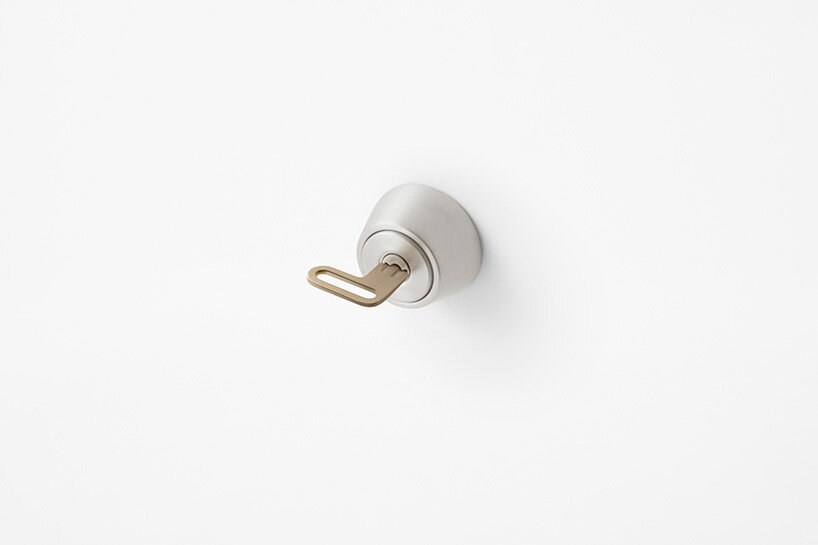 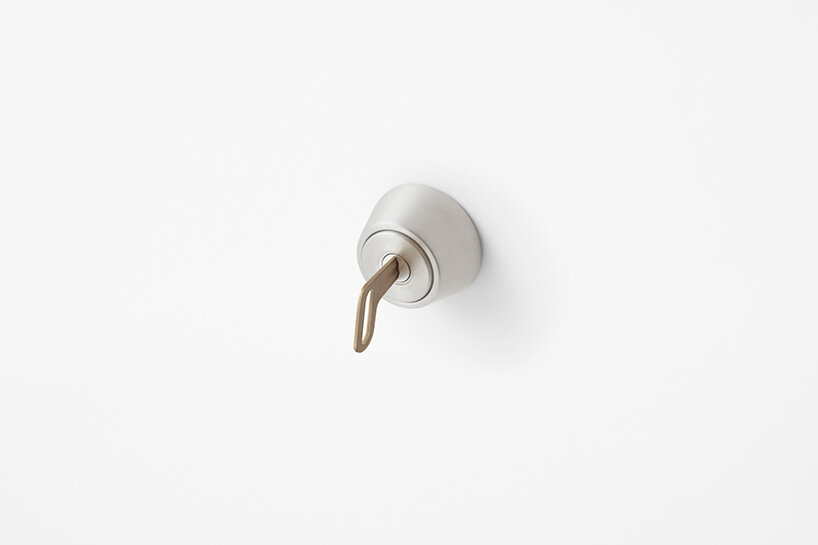 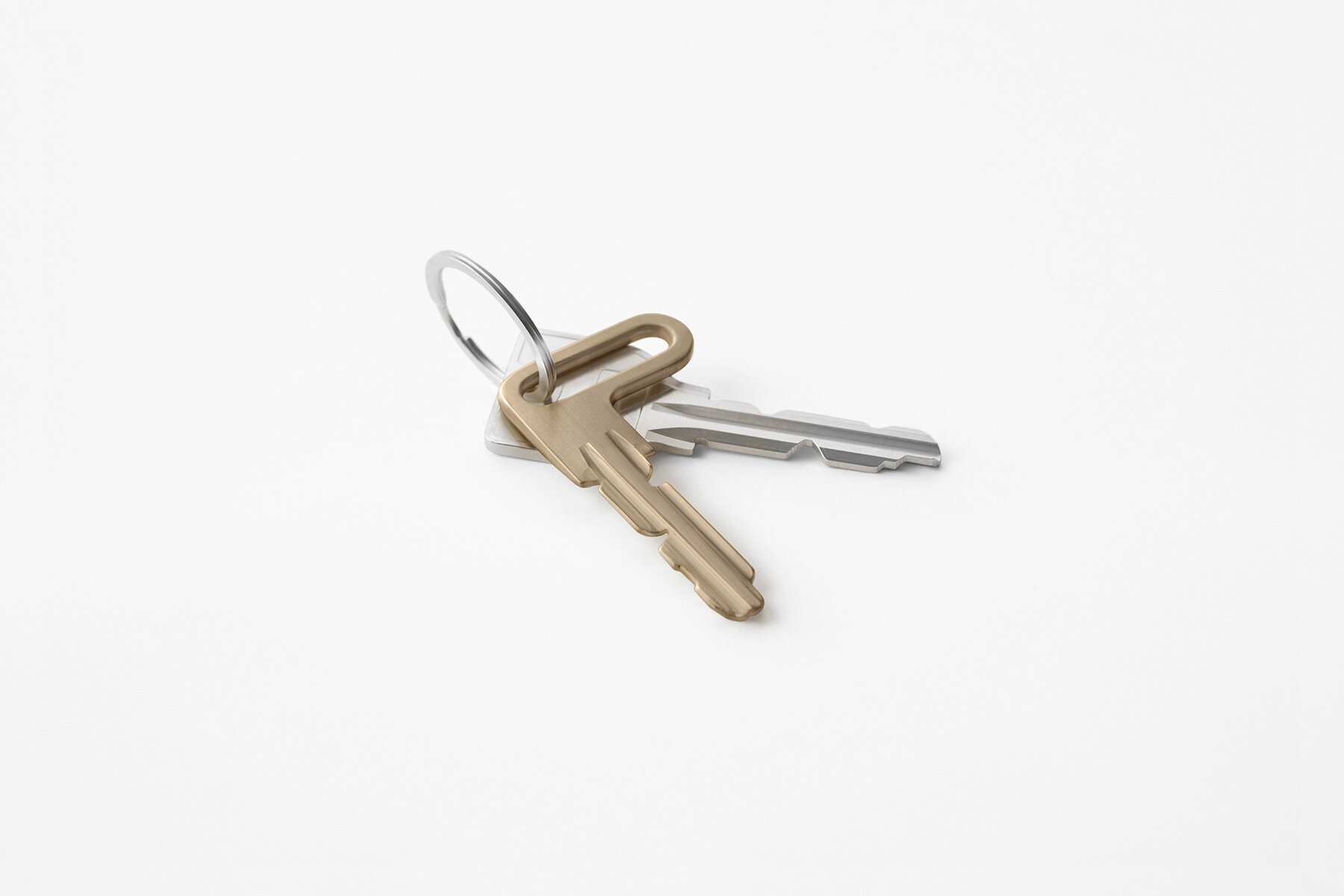 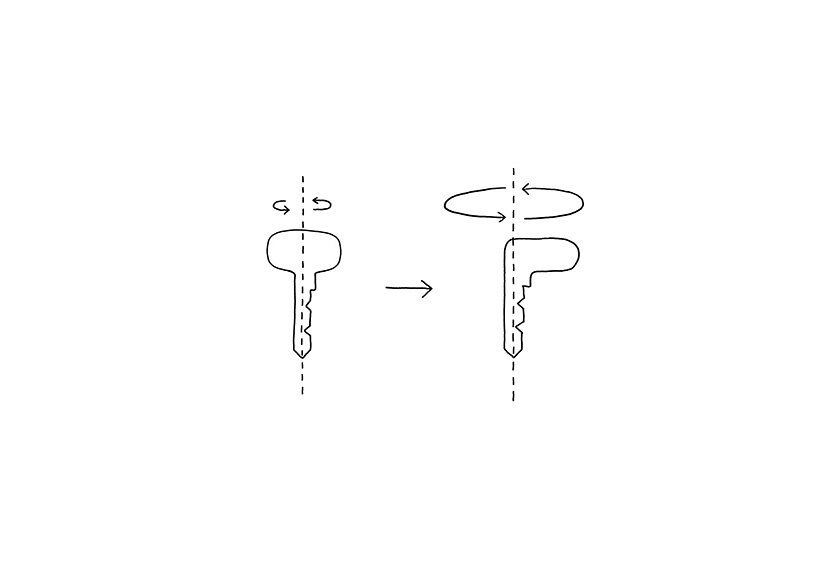