nendo brings a new vision to major japanese eyewear retail shop megane-ichiba’s feature product ‘zerogra’ — a name derived from ‘zero gravity’. characterized by a moulded form of curved thin titanium plates, ‘zerogra’ has no hinges on either side resulting in eyeglasses that are lightweight and offer extreme wearability. but on the contrary, as a result of its single-body design, the frame does not fold inwards, thus making the specs and their accompany case bulky. to enhance the practicality of ‘zerogra’, nendo has introduced a reverse-hinge, enabling the frame to naturally fold inwards. 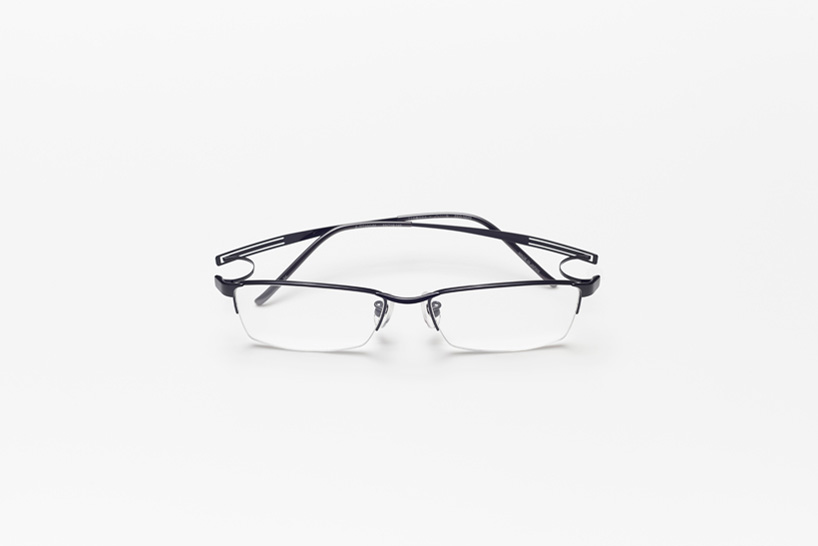 nendo has introduced a reverse-hinge into the ‘zerogra’ design, enabling the frame to naturally fold inwards
all images by akihioro yoshida

however, just merely doing this would result in excessive stress concentration on a singular point, and the frame would not meet the strength standard of megane-ichiba which is to endure 20,000 repetitions of opening and closing. to resolve this issue, nendo has incorporated two slits around the reverse-hinge structure which enable the load to be evenly distributed over the entire frame. these enhancements bring forth in a design that remains compact when not in use, as well as improving wearability, while still maintaining a high level of strength. 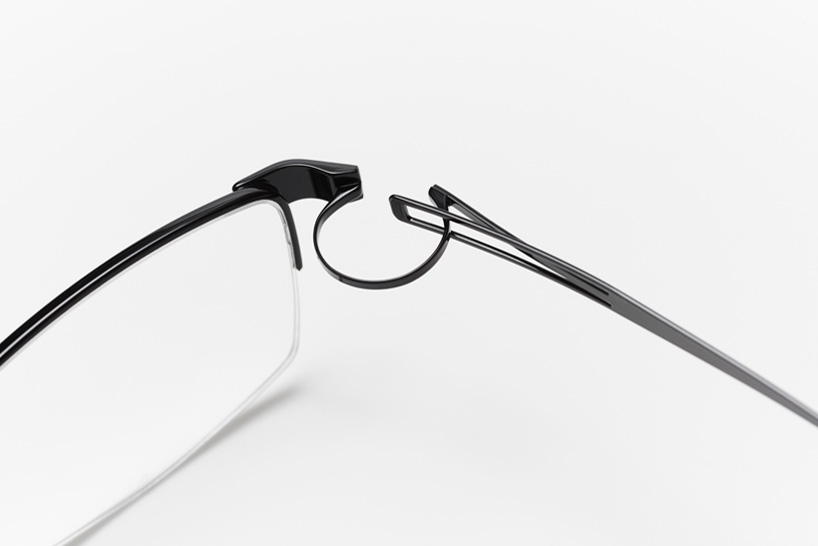 detail of the slit reverse-hinge structure

the accompanying optical case for ‘zerogra’ was made with a titanium frame composed of a single-body construction. unlike normal glasses, it was not easy to fold compactly, so a large, bulky case was made, secured with a elastic band. looking at the impracticality and bulkiness of the existing case, nendo decided to use the tendency of the frame’s structure extending it outwards, devising a ring-shaped design for the protective shell. when the eyeglasses are put through the open hole, they become firmly positioned owing to the repulsion of the case. compared to the original design, the opening at the centre of nendo’s creation looks smaller, and no longer requires an elastic band to keep it closed. 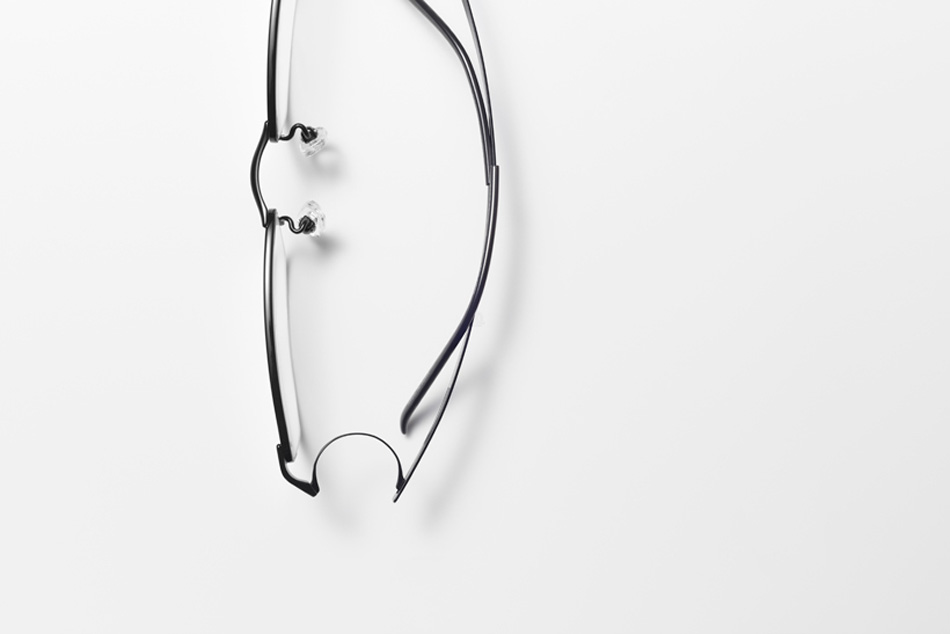 nendo’s enhancements bring forth a design that is compact when not in use, along with improved wearability

to complete his collaboration with megane-ichiba, nendo has conceived an optical frame stand that utilizes the lightness and resilience of the ‘zerogra’ design. the small, rounded form gives an impression of a ‘pebble’ or a ‘drop of water’. by placing into the tip of the frame, the eyewear is fixed in place that makes it appear as if it is floating in the air. the size of the stand has been kept to a minimum, so even if multiple stands were lined up in a row, each one holding a pair, they wouldn’t consume so much space; and when not in use, would not be in the way. 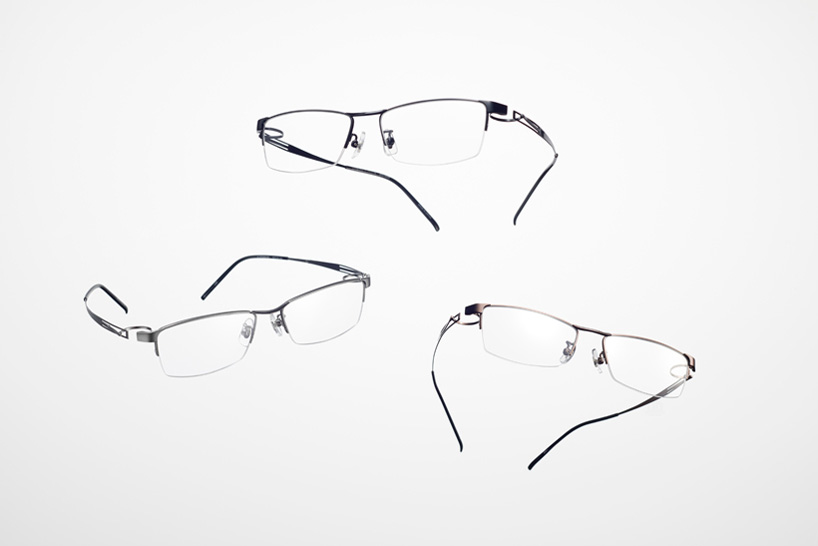 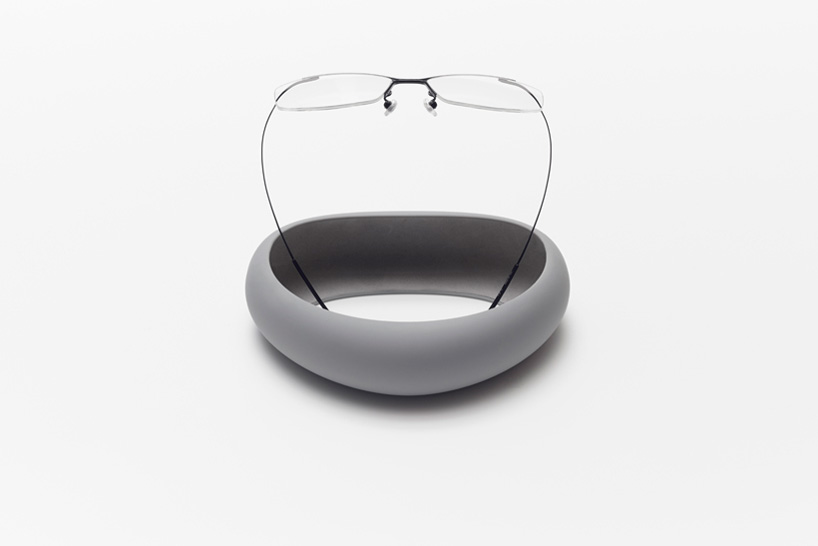 the accompanying optical case for ‘zerogra’ was made with a titanium frame composed of a single-body construction. 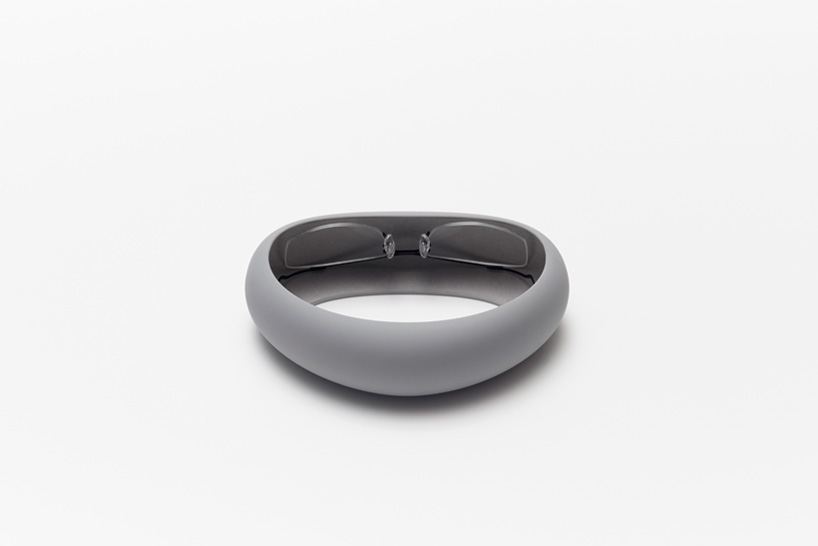 when the eyeglasses are put through the open hole, they become firmly positioned owing to the repulsion of the case 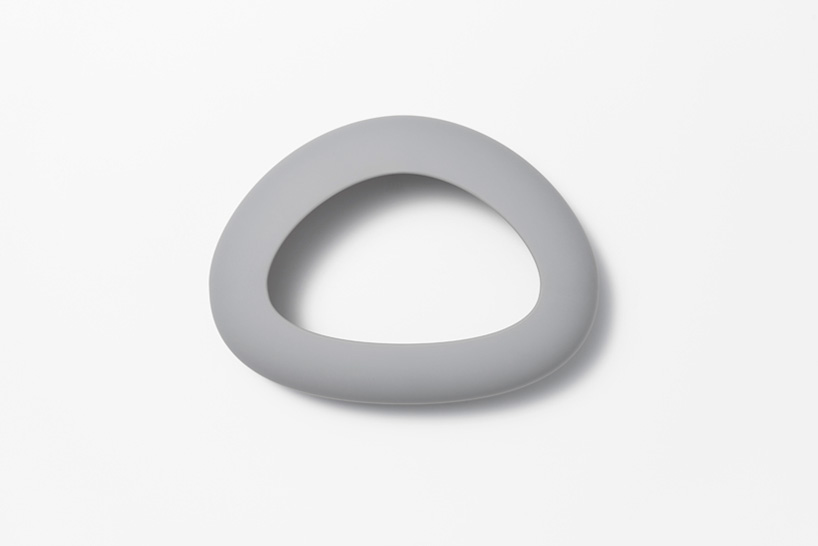 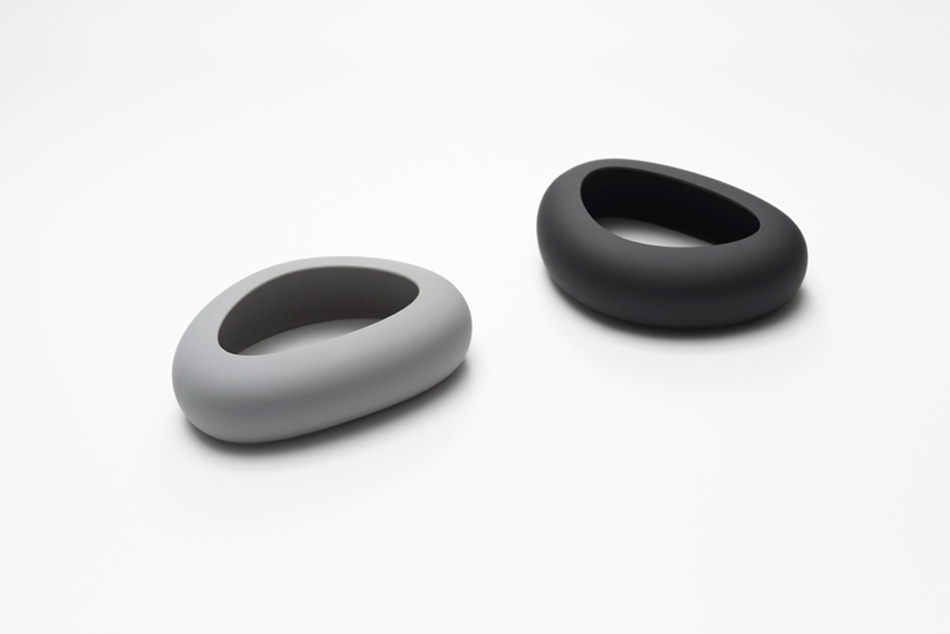 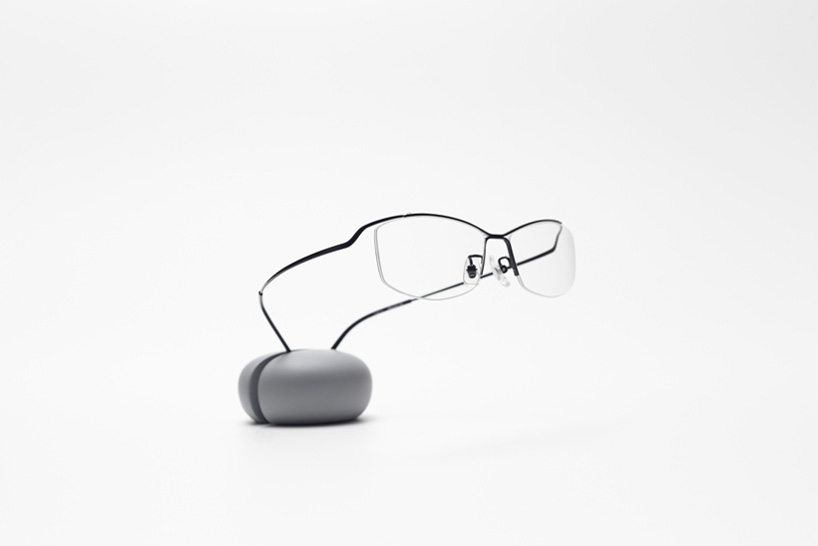 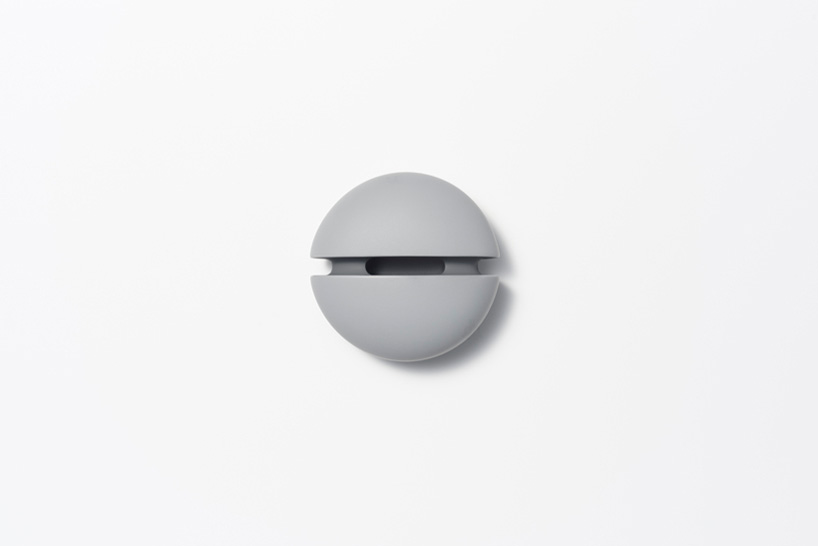 the small, rounded form gives an impression of a ‘pebble’ or a ‘drop of water’ 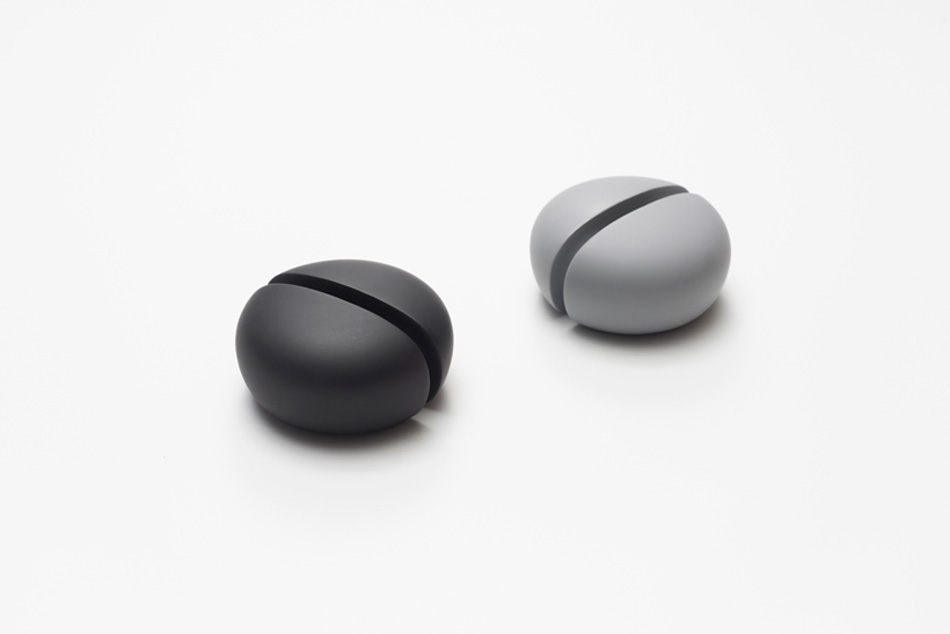