nendo has opened a large-scale retrospective exhibition at the taiwan design museum, presenting more than 300 works within a 1420 square meter venue housing 6 different galleries. the building, situated in songshan cultural and creative park, sits on the grounds of a former tobacco factory built during the japanese colonial period. the architectural quality of the site played an important role in the organization of the exhibition titled ‘looking through the window’.

the galleries are linked by long corridors with wooden-framed windows set into blue painted walls. the show has been designed so that these hallways, and their many apertures, would play a key role in the display of objects — rather than the ‘gallery’ room itself. 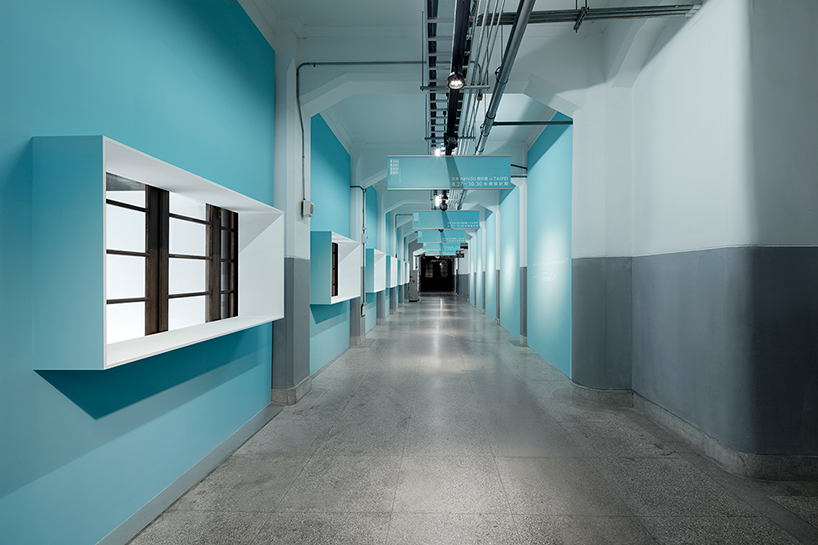 all photos by takumi ota

the nendo retrospective at the taiwan design museum is arranged in multiple configurations: small exhibition spaces for different furniture brands are fitted behind each window. the companies are further grouped together by region — such as italy, eastern europe, north america and asia — so that as visitors pass, they can enjoy an experience that mimics traveling around the world. this layout intends to evoke a sense of excitement similar to window shopping when looking through the frames, and simultaneously conjure a sense of tranquility when viewing the scenery outside. ‘looking through the window’ is on view from now through october 30th, 2016. 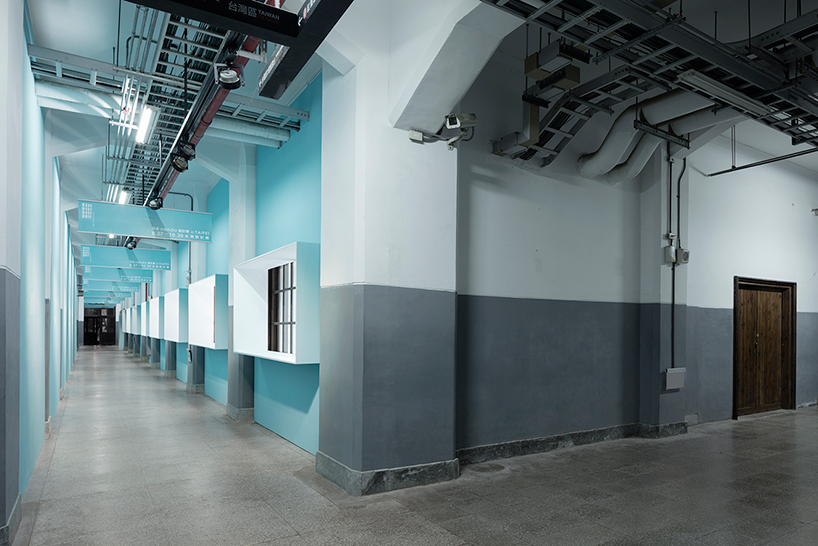 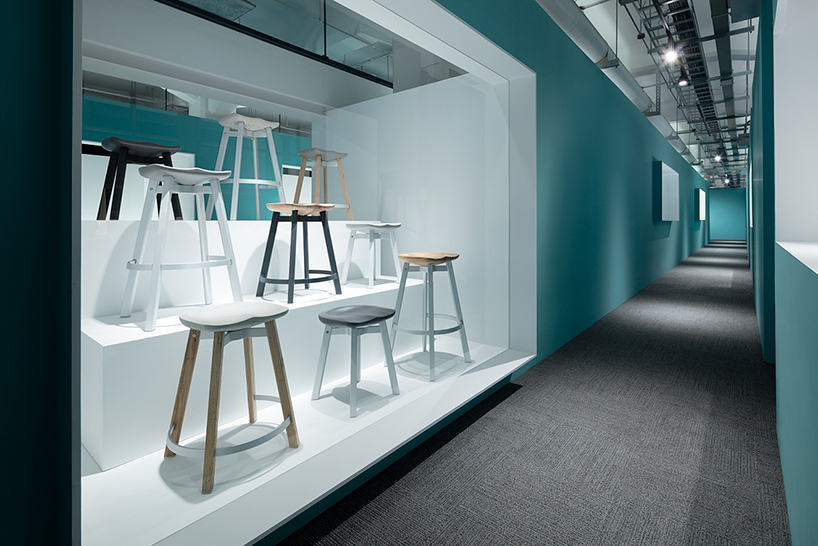 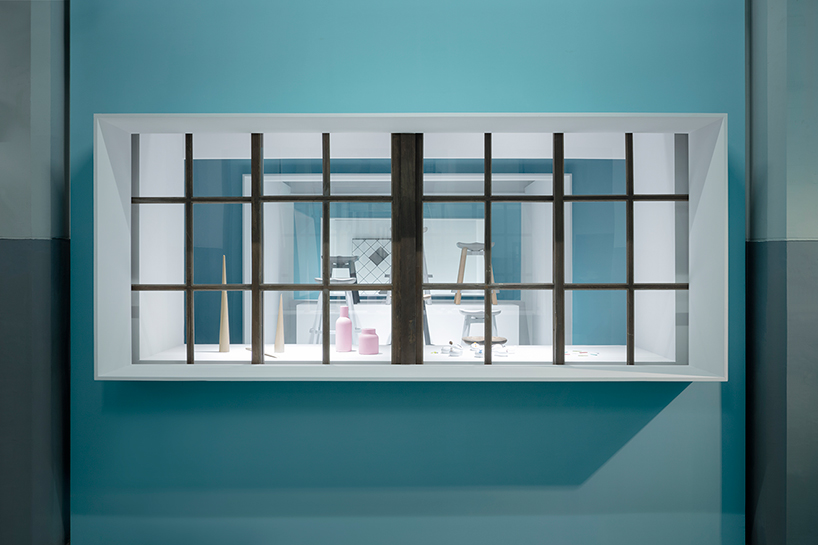 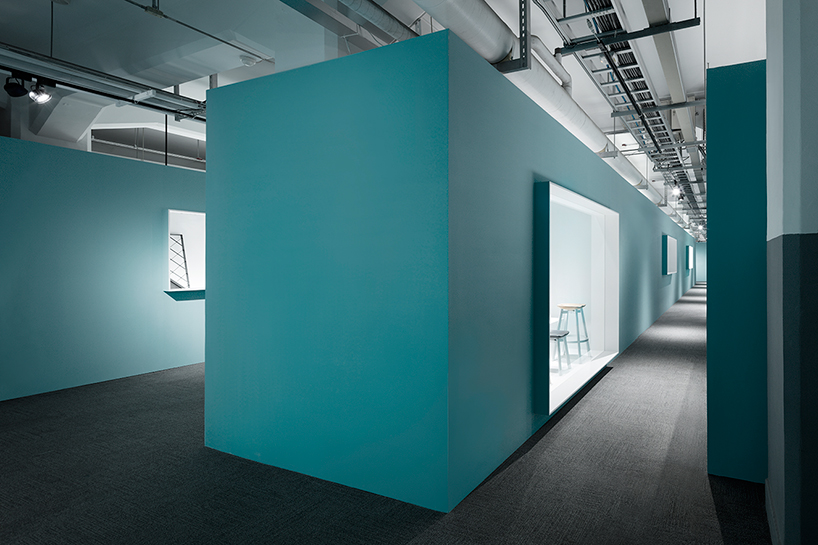 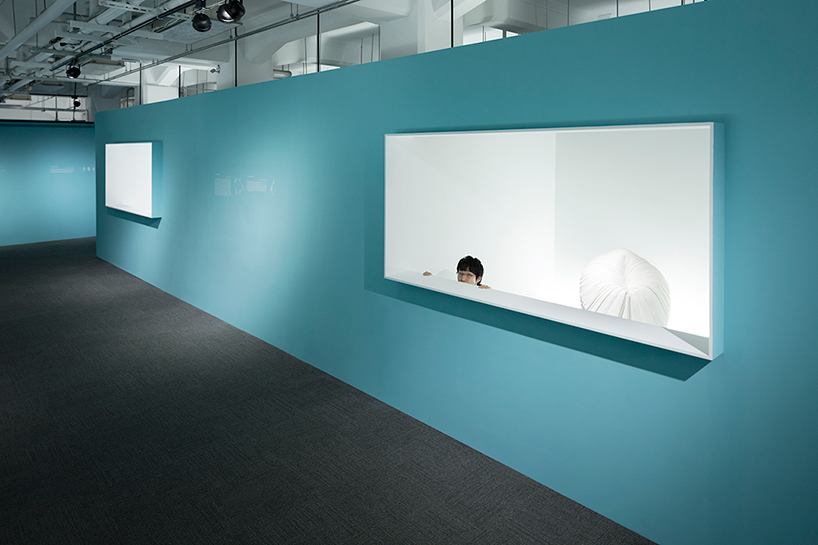 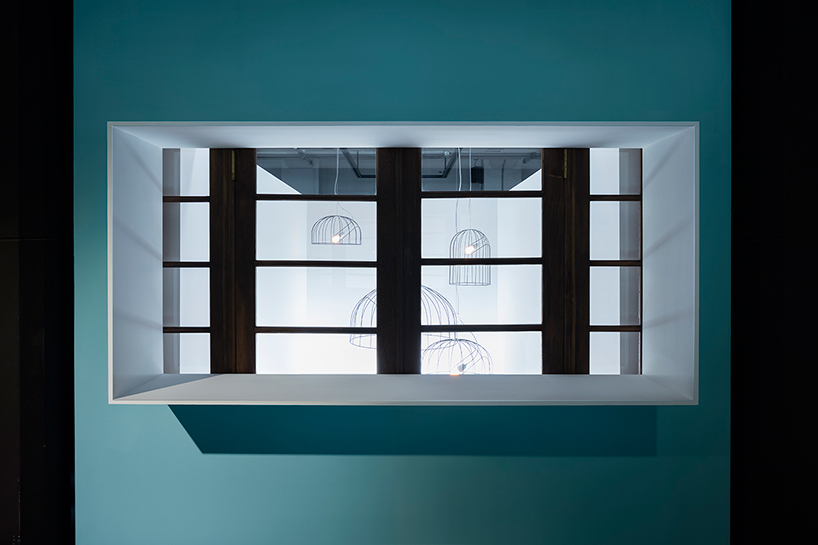 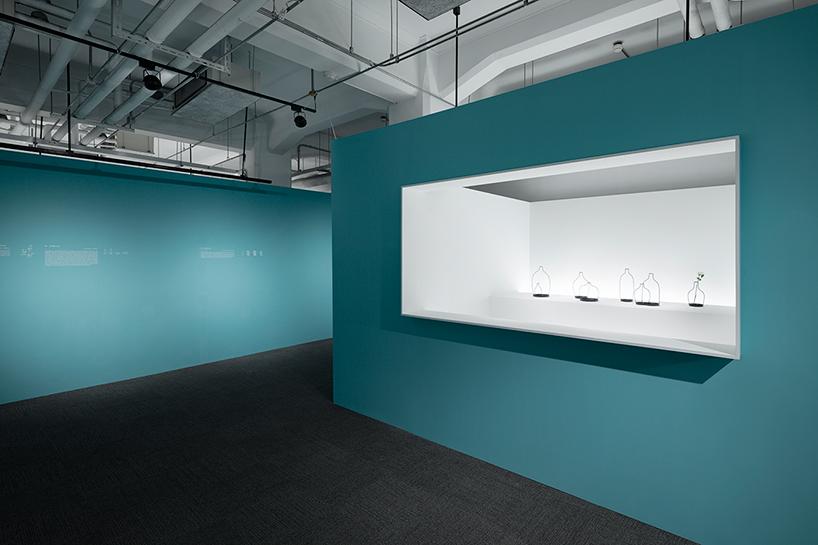 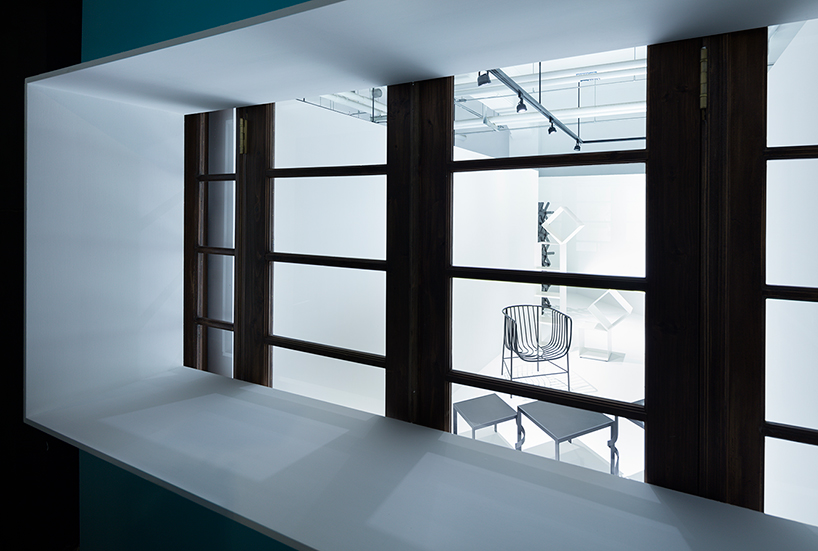 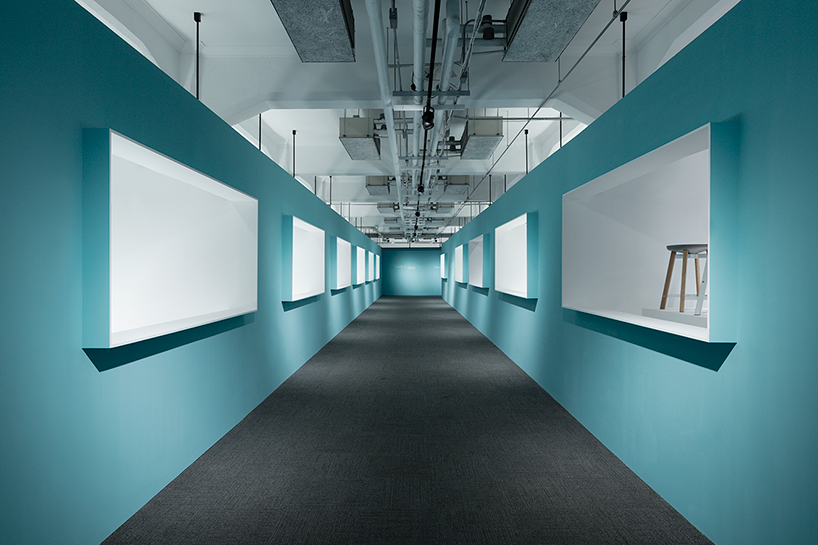 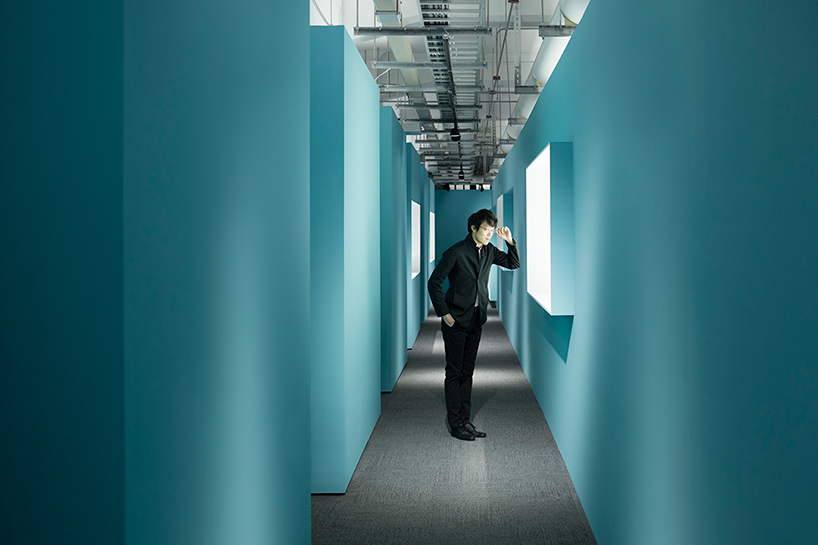 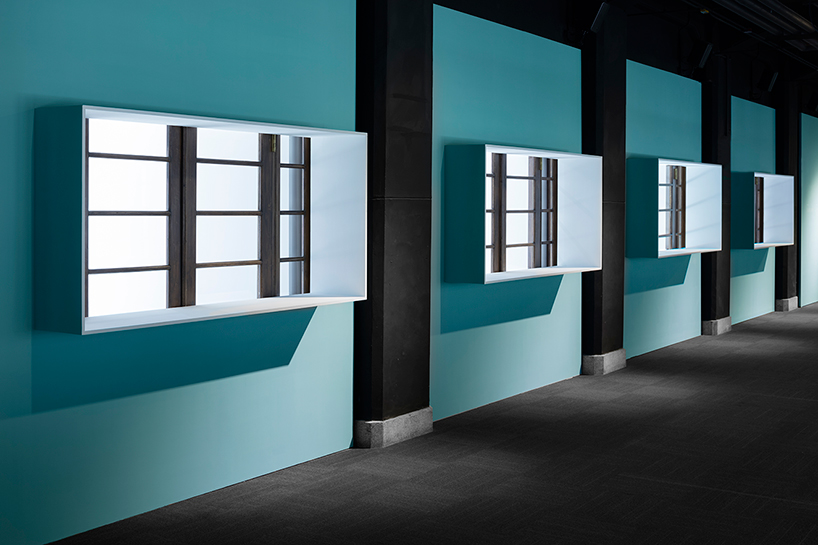 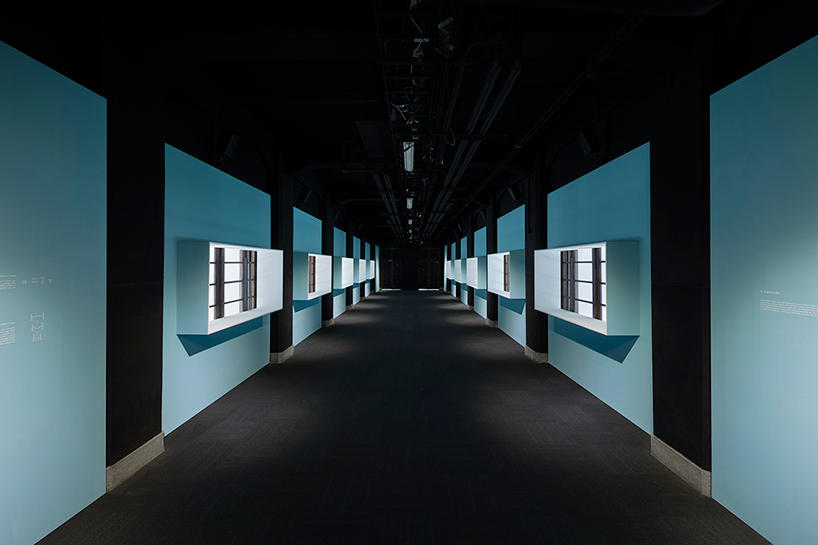 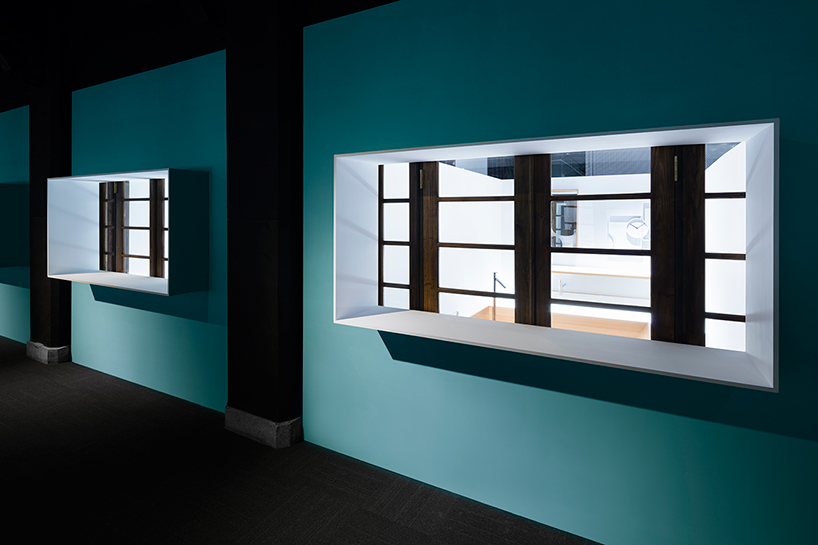 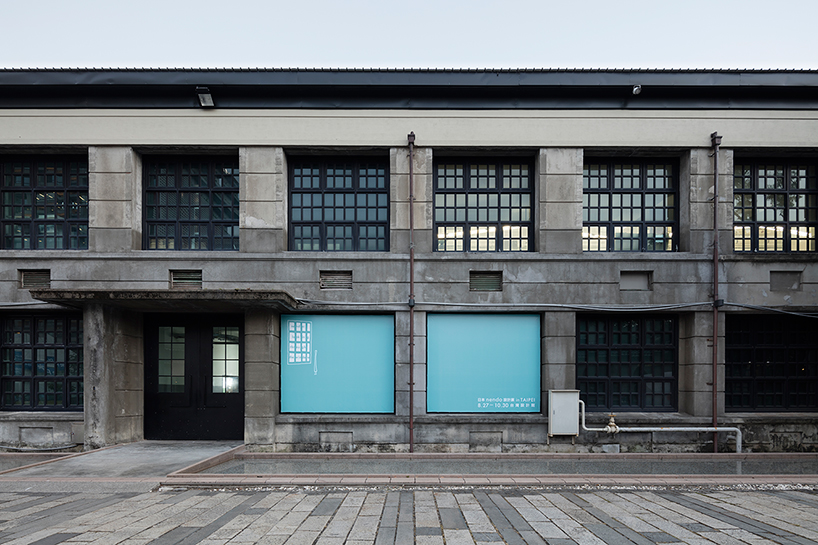 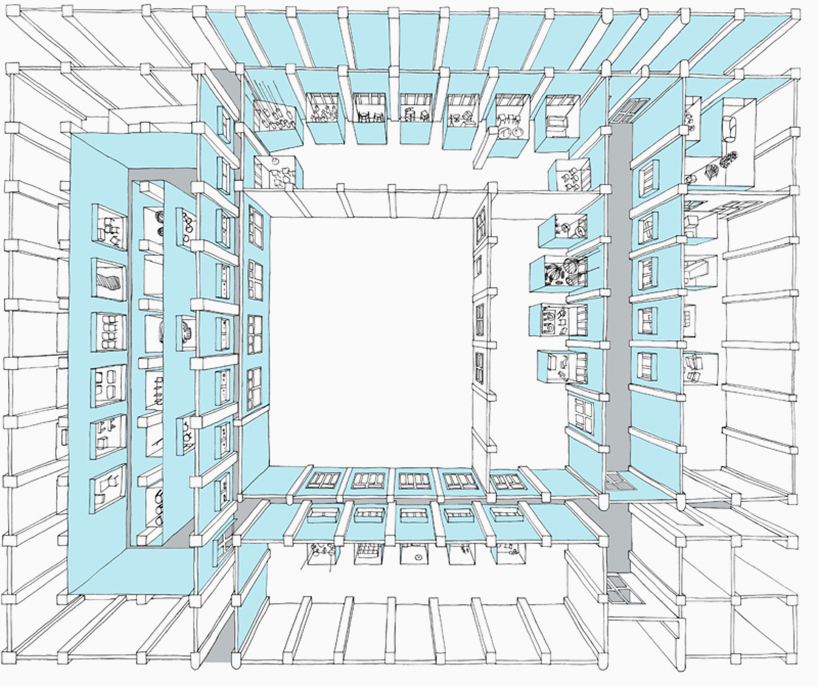