nendo has designed a marble side table for marsotto edizioni that visually expresses the material’s innately heavy qualities. ‘sway’ actively exploits the weight of marble — often perceived as a negative factor — by tilting to one side, appearing as a horizontally slanted slab. despite its seeming instability, the table is balanced due to the considered distribution of weight in its legs, which apportion more density to one side. in turn, its precarious appearance provides a new expression of agility and dynamism to the otherwise heavy marble material. ‘sway’ is available in high and low editions, in both black and white marble. 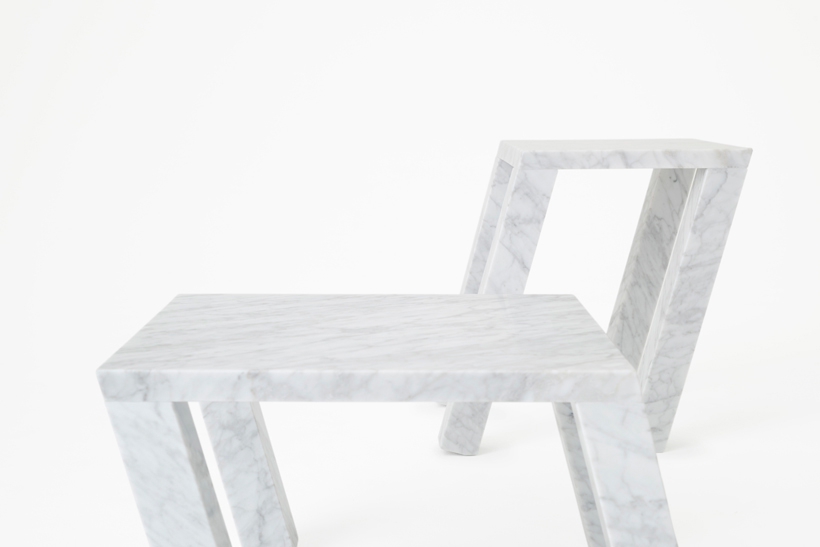 alongside the debut of ‘sway’, nendo has conceived the interior scheme for marsotto edizioni’s exhibition space at spazio bigli during milan design week 2016. the design of ‘light & shadow’ plays upon the brand’s specialization in marble furniture — emphasizing the fact that its products are made from a single material in either black or white, without the combination of any other mediums. with this in mind, the exhibition space is be divided in two halves, where the right side is organized with black objects, and the left is occupied by white ones. in turn, this effect reconsiders the architecture of the space, turning the building’s support pillars into visual dividers.

furniture is arranged symmetrically in each area so that immediately upon entry, visitors are positioned at the boundary of the spaces. a visual effect is created as if the two halves seemingly reflect each other like a mirror, along with the pillars that are rhythmically arranged through the space. 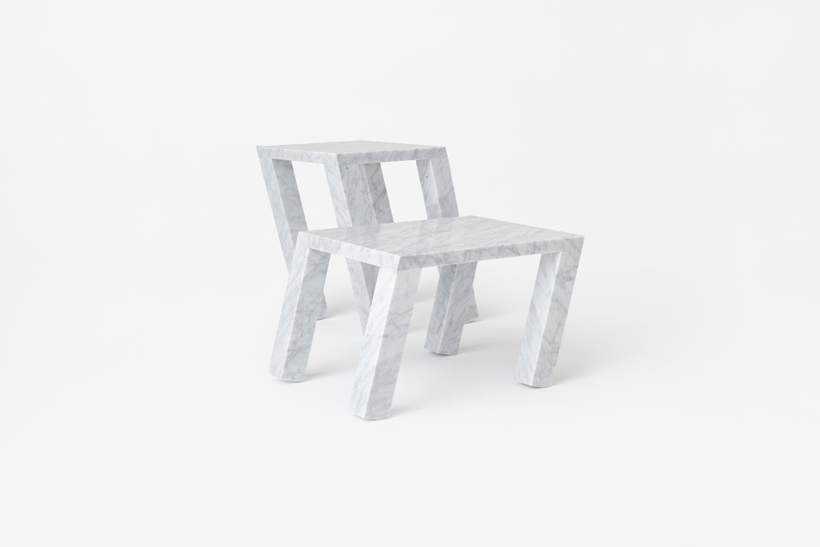 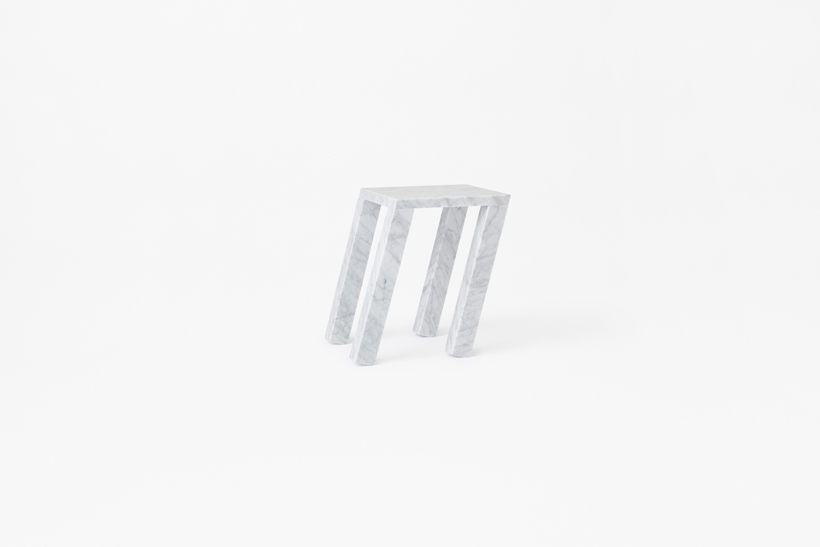 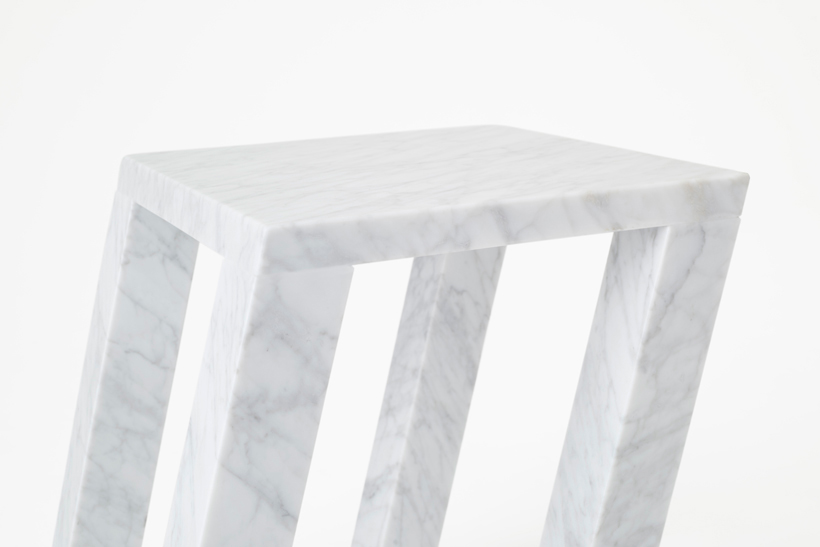 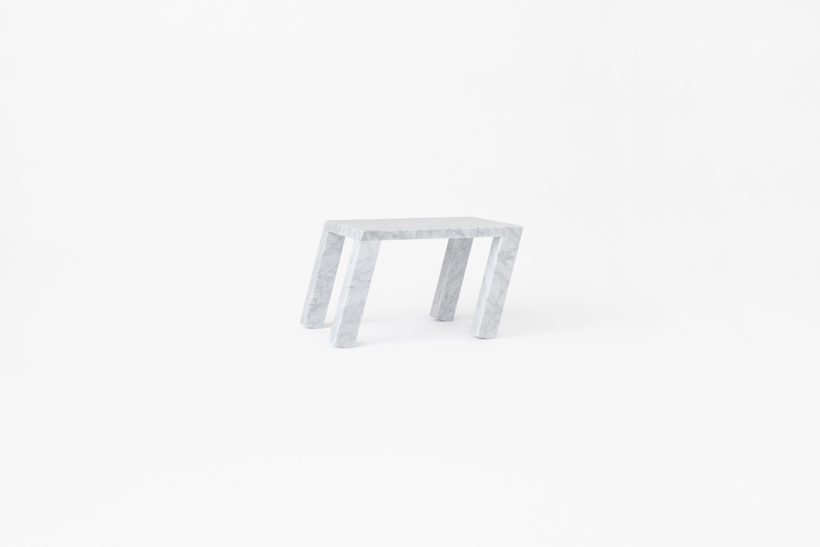 its precarious appearance provides the expression of agility 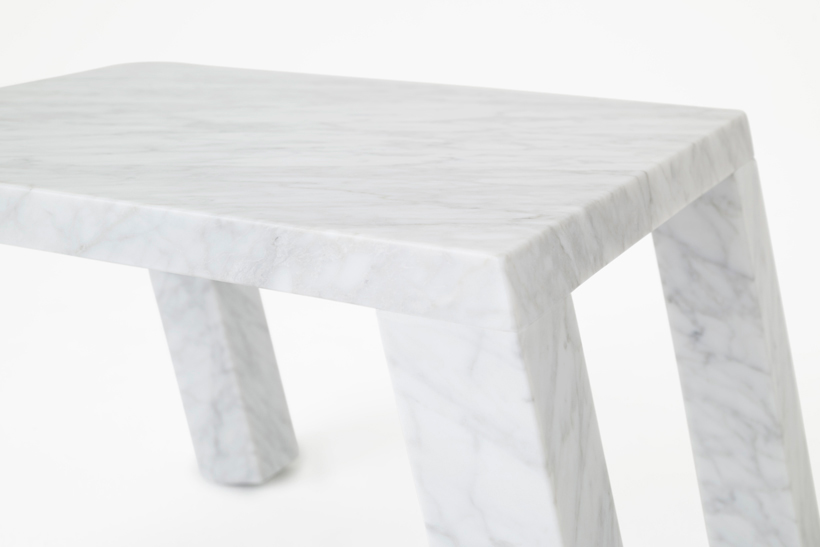 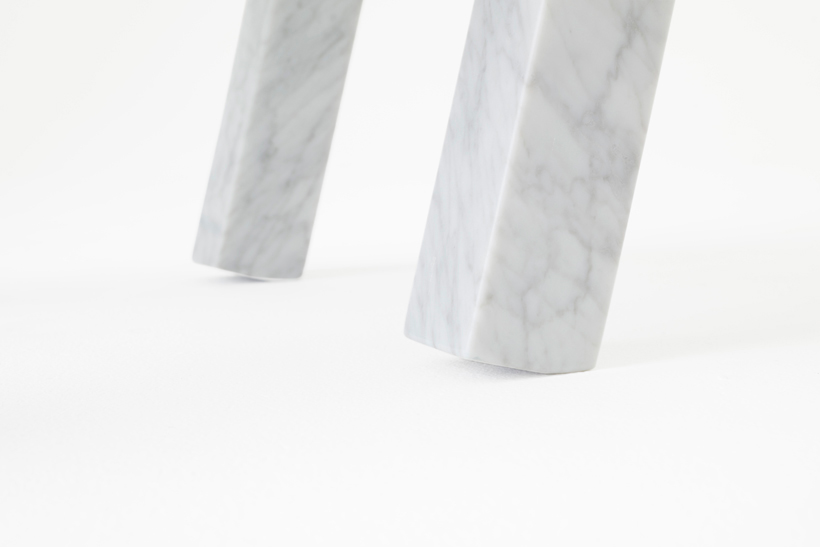 detail of the angled corner of the feet 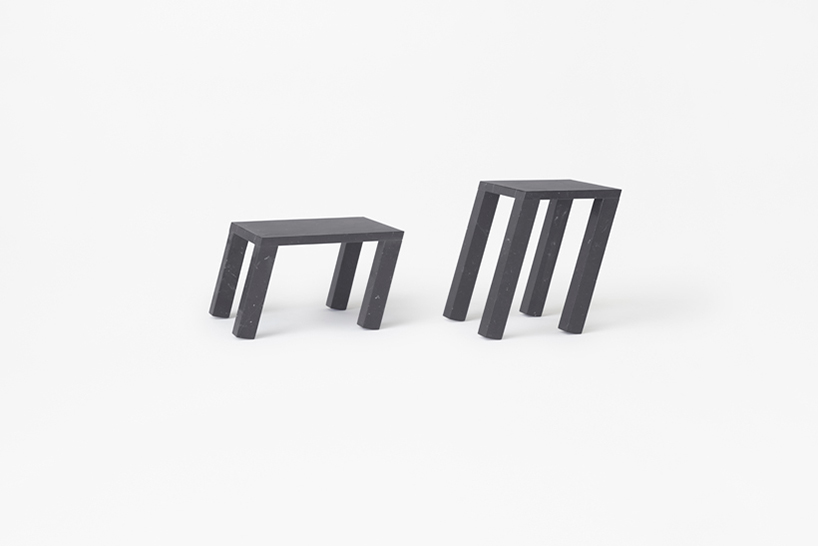 the ‘sway’ tables are also available in black marble 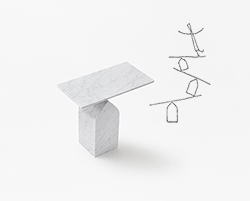 Oct 04, 2018
nendo's seesaw tables for marsotto edizioni softly rise up from the base 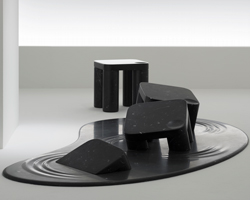 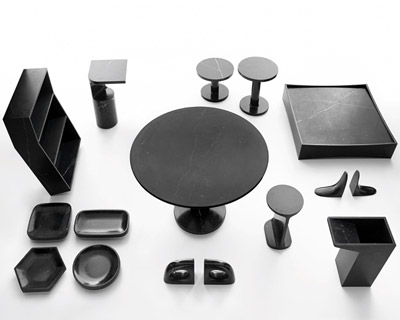 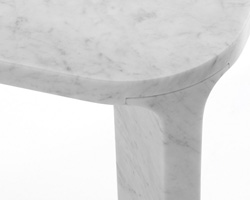