about a month ago, charlie brooker — the creator of black mirror — said on a radio show that season 6 of the acclaimed dystopic TV show was on hold. during the live talk, he explained that the dark future he was presenting didn’t feel to him like the right fit for the public right now. ‘at the moment, I don’t know what stomach there would be for stories about societies falling apart,’ brooker explained. ‘so I’m not working away on any of those black mirror episodes.’ 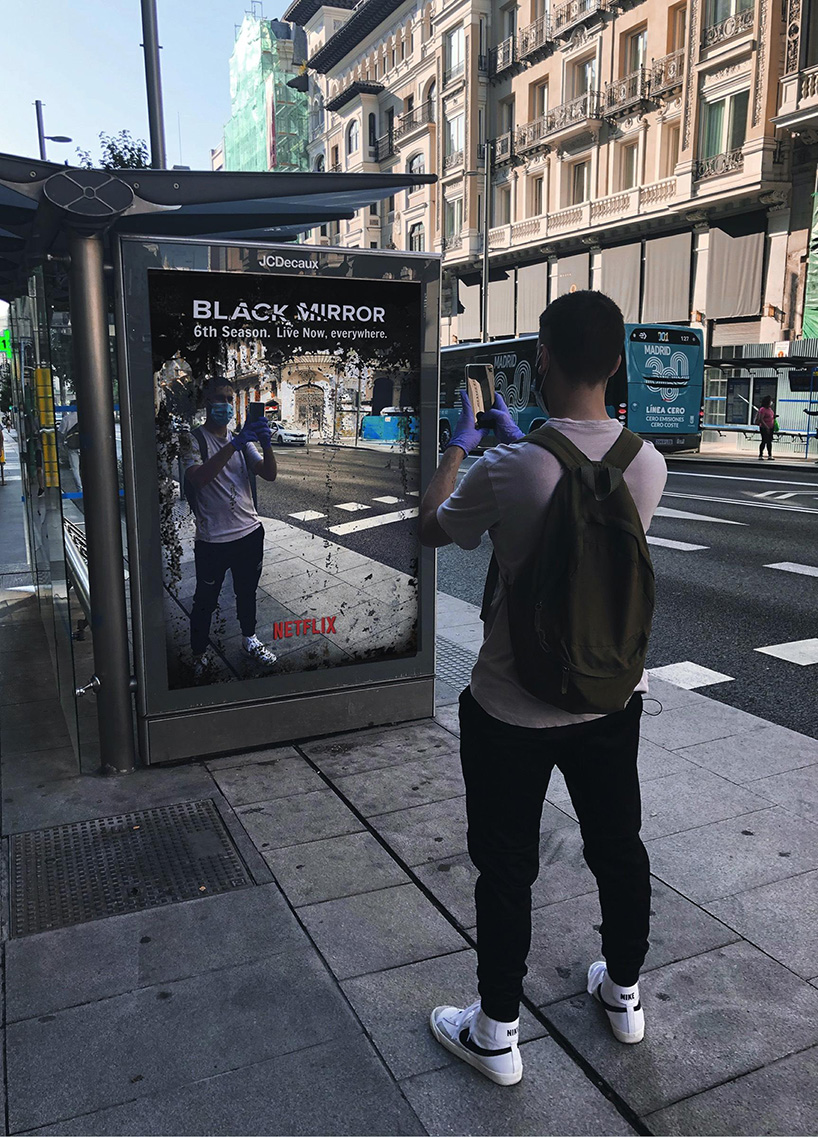 brooker was right when he decided to put on hold the sixth season while around the internet a new meme started circulating stating that: we’re living in a black mirror episode. but how could he be wrong? the creative has been thinking and creating dystopias for a decade now. since the COVID-19 pandemic started, we have seen robot dogs patrolling parks in singapore and apple and google joining forces to create tracing apps. so yes, reality is so surreal right now that it does feel like black mirror episode. 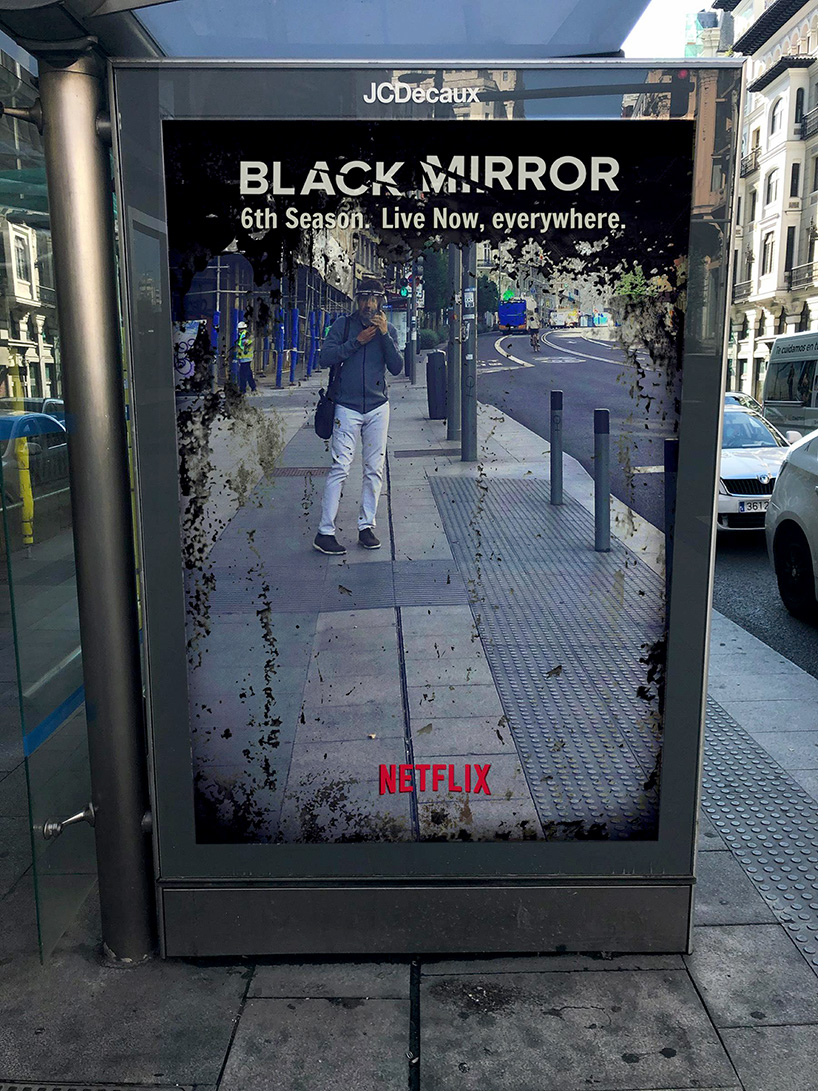 not to go any further, madrid-based creative school brother ad has taken the we’re living in a black mirror episode meme and has turned it into a speculative ad, not related to netflix. ‘it’s been months since everything that happens in the world seems like we were living a long episode of black mirror,’ comments broder ad school. ‘in netflix, the 5th is the last season you can watch. the 6th is happening in the real world.’