chris kirby is a canadian designer now living and working in tokyo. working primarily in ceramics, designboom has featured kirby’s work on numerous occasions including his entry to the ‘ceramics for breakfast’ competition that was also exhibited in our ‘handled with care’ exhibition. kirby has recently launched a series of new products including a sake set, ceramic lamp and a vase. the vase and lamp are both part of his ‘negative series’ of ceramics which are made by casting negative spaces. each piece shows how it was made, retaining the marking of the maker. which the vase is more straightforward, the lamp is cast very thinly to allow light to glow through the cast ceramic. both pieces were shown last fall at design tide tokyo. the sake set is result of experimenting with ceramics, a very unforgiving material. the crumpled pitcher has a thin slit in the top to act as a spout and the asymmetrical cups can be arranged in groupings of different numbers for social sake sharing. the sake set is now going into production while the negative series vase and lamp are available on kirby’s website. 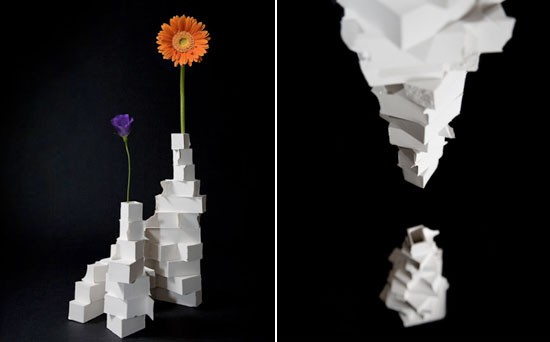 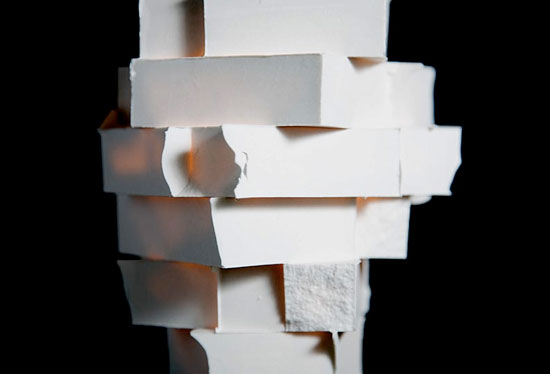 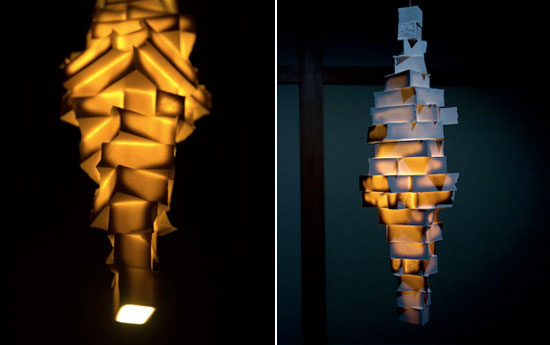 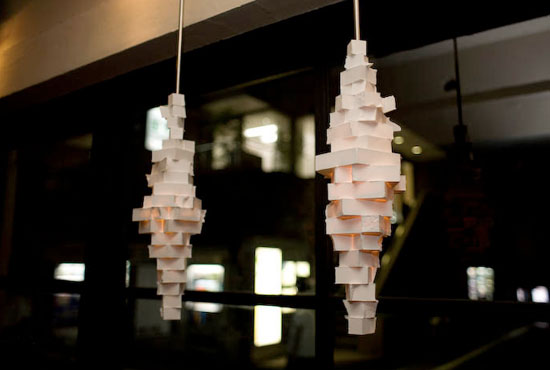 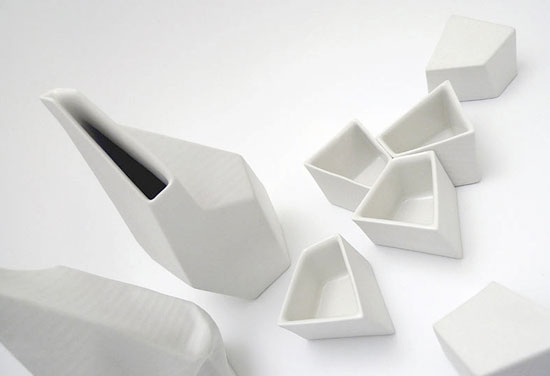 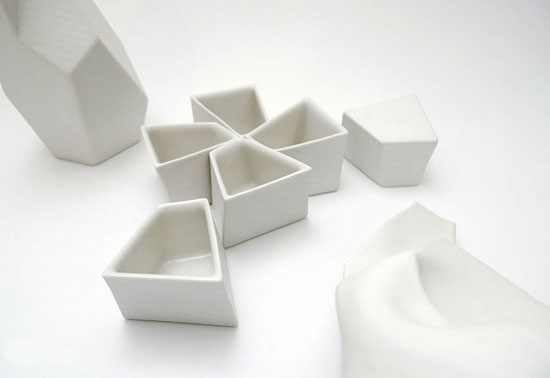