Artist duo DE JENZ has realized ‘New Horizon’, a public artwork in Norway created in an attempt to engage youth in Alver building community. The island municipality is situated just north of Norway’s second-biggest city Bergen, a fact that causes the movement of Alver’s youth to the city. Thus, in a bid to give local juveniles a motivation to stay in the village, the municipality initiated a pilot project providing art in public spaces.

Hence, ‘New Horizon’ was selected as part of this initiative. With this gesture, their aim was to form an attractive place consisting of public artworks that not only involve the young people but after its completion, can also serve as a social hub. 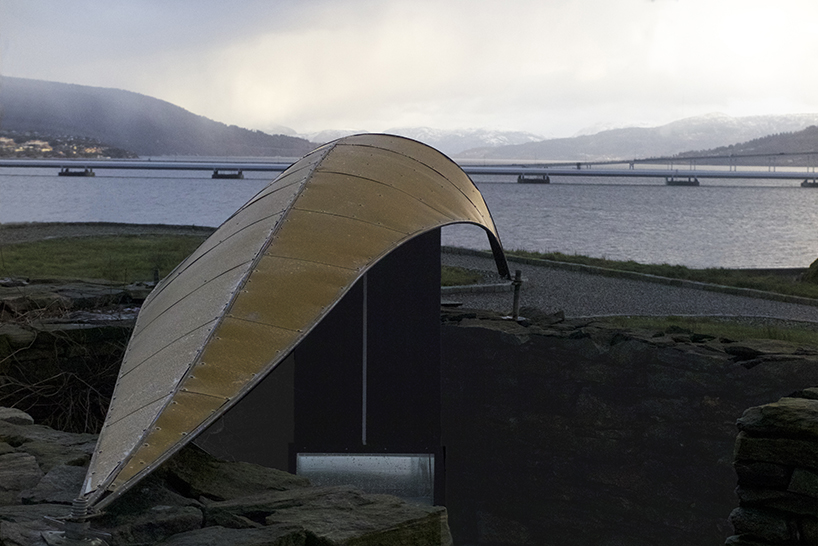 All images by DE JENZ

Emerging from the ruins

For the New Horizon, the artist duo opted for a site that overlooks the Nordhordland Bridge that connects the island municipality with the mainland — formerly only reachable by boat. Here, the artwork resides in the foundation of an abandoned home that was later used as a tax office and then as an unemployment office and a library before being demolished. Emerging from this ruin, the project consists of a periscope topped by a sculptural roof, resembling a boat hull turned upside down. From inside the stone walls, the two-way periscope points to the bridge, while from outside the ruin, the view is reversed to look back at this local foundation. 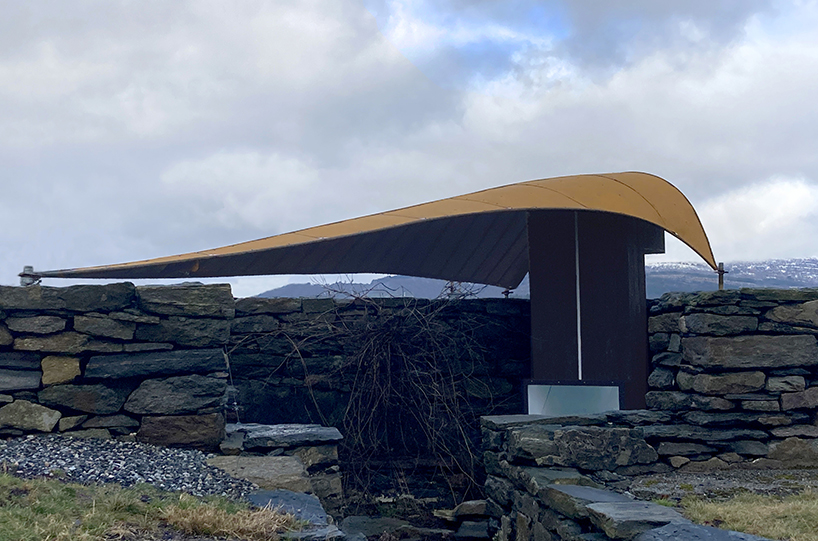 The new meeting place features a periscope under a protective roof

Alver municipality has provided empty storage space as a temporary workspace for the artist who started to assemble the components of the artwork and initiate local collaborations. The local high school’s mechanical department was excited to co-build the artwork’s metal roof in their workshop; the local recycling company gave access to their piles of used wood. In addition, 10th-grade pupils at the middle school across the street from the site volunteered to help burn this wood to make it weather-resistant, while the local fire brigade agreed to keep watch and teach the youth about fire safety. Directly, the children became an enthusiastic audience both at the burning event and the opening of the artwork.

These collaborations encouraged precise craftsmanship and care among the students who were involved in the project. They were challenged to carry out an organic design and engage in manual traditional techniques and processes. Moreover, they sought to reflect on the meaning of the artwork and broaden their horizons in conversations, exploration, and action resulting in a revived meeting place for the community. 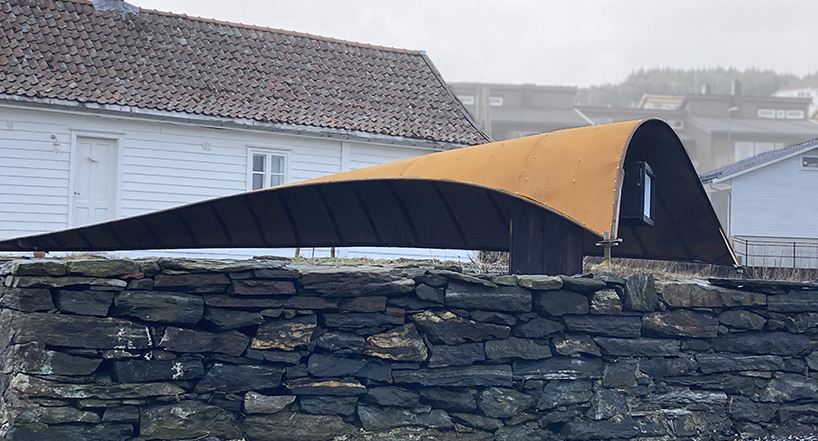 Sideview of New Horizon from outside the ruin 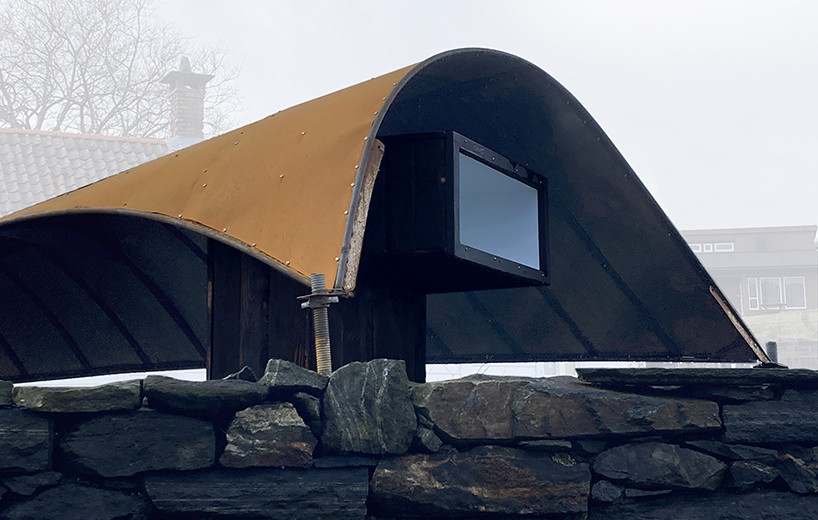 From outside the ruin, the view through the periscope is reversed and looks back into this local foundation 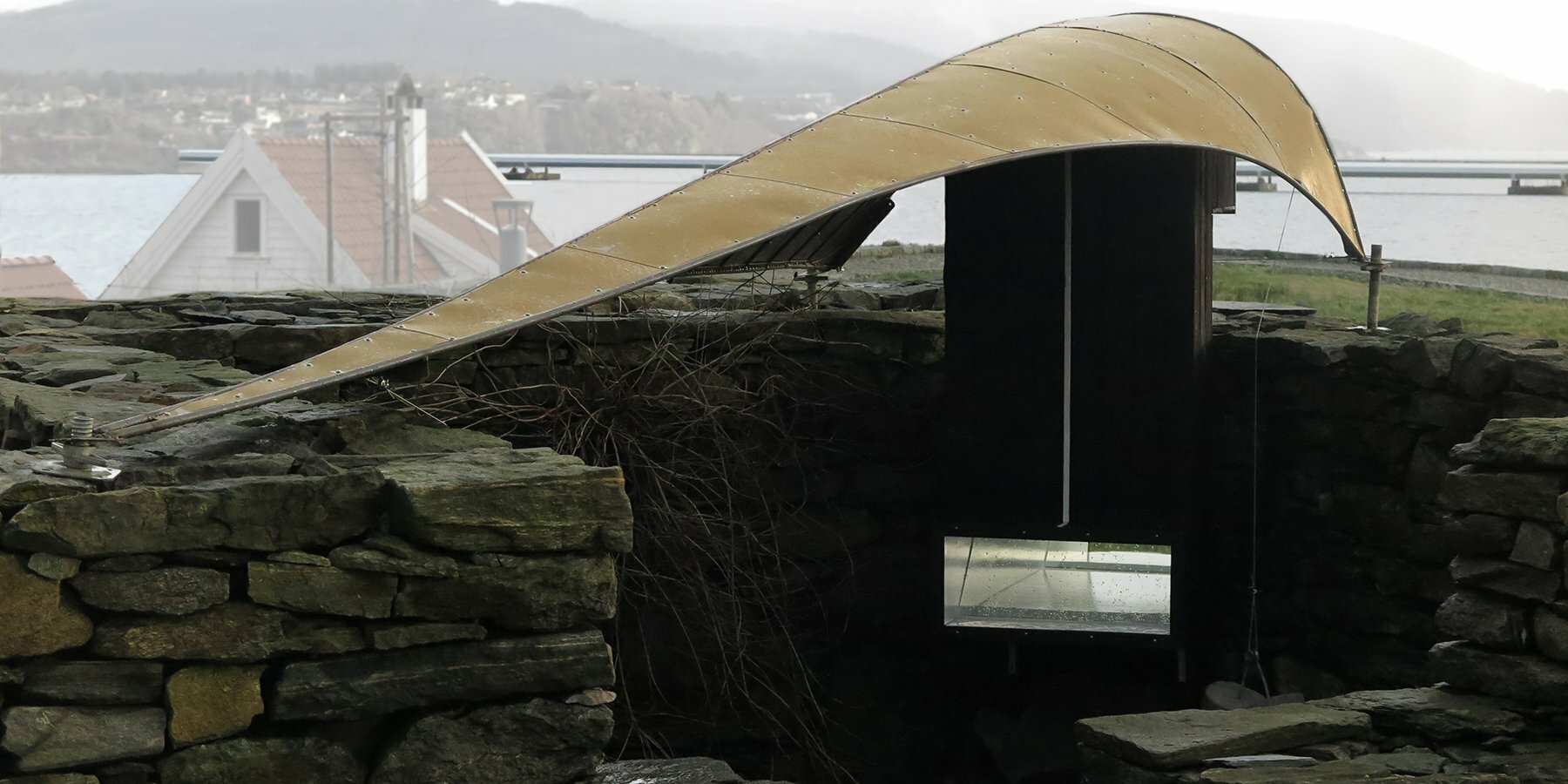 The periscope is installed inside the historic ruin 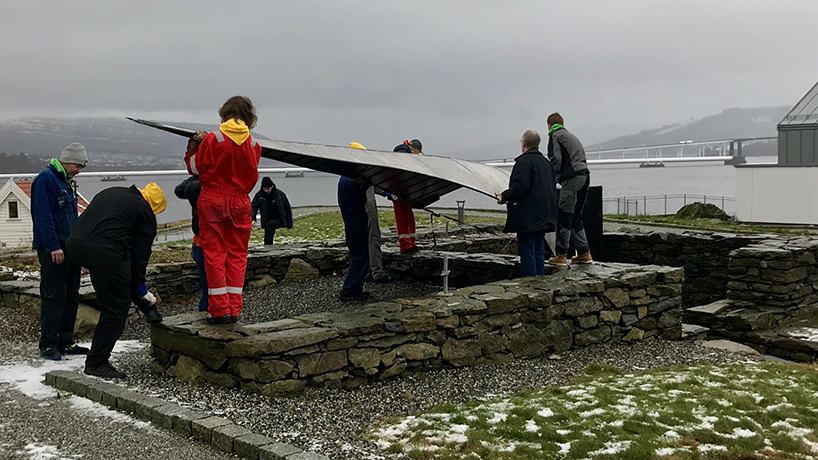 Instead of hiring a crane to install the roof, the high school students insisted on forming a human crane and lifting the roof into place 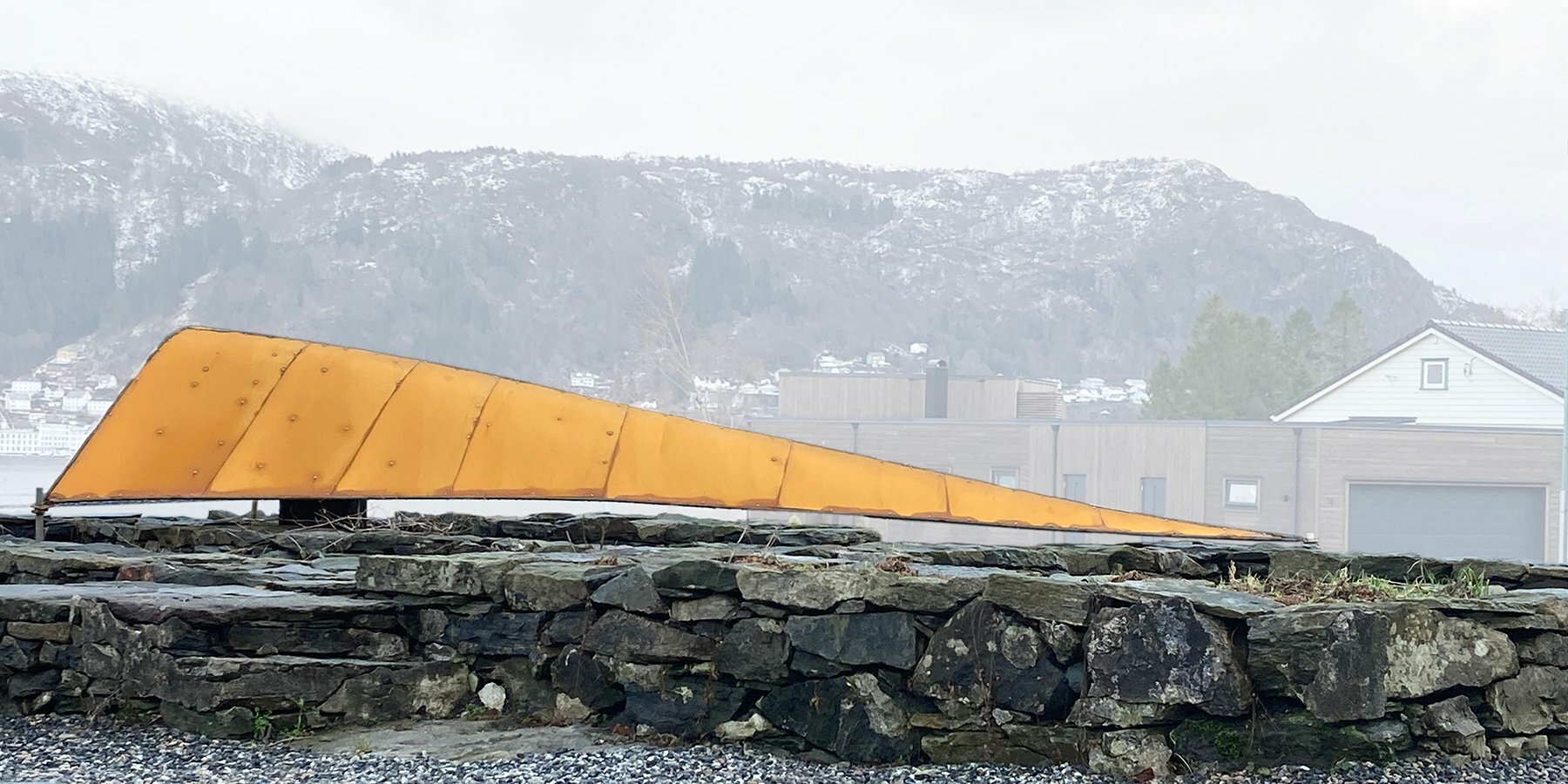 From the side, the public artwork draws attention to the site and invites curious passers-by 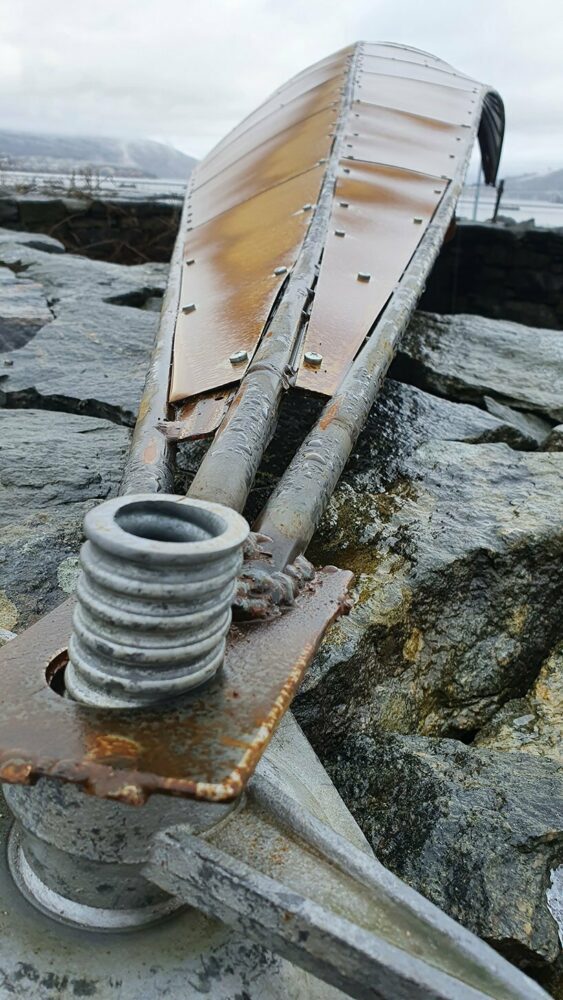 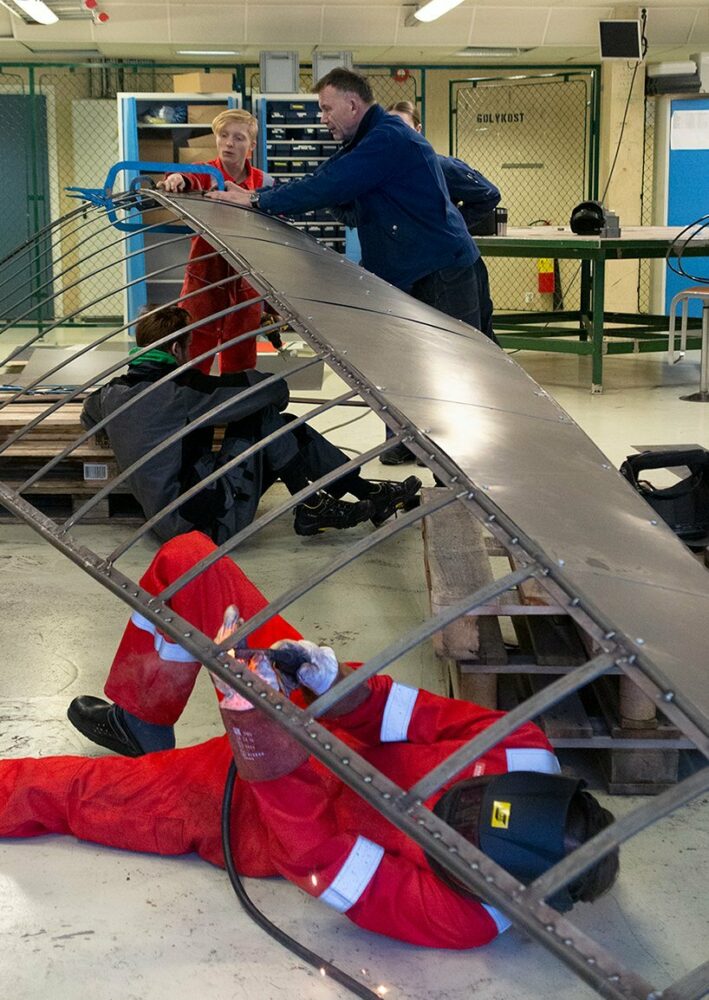 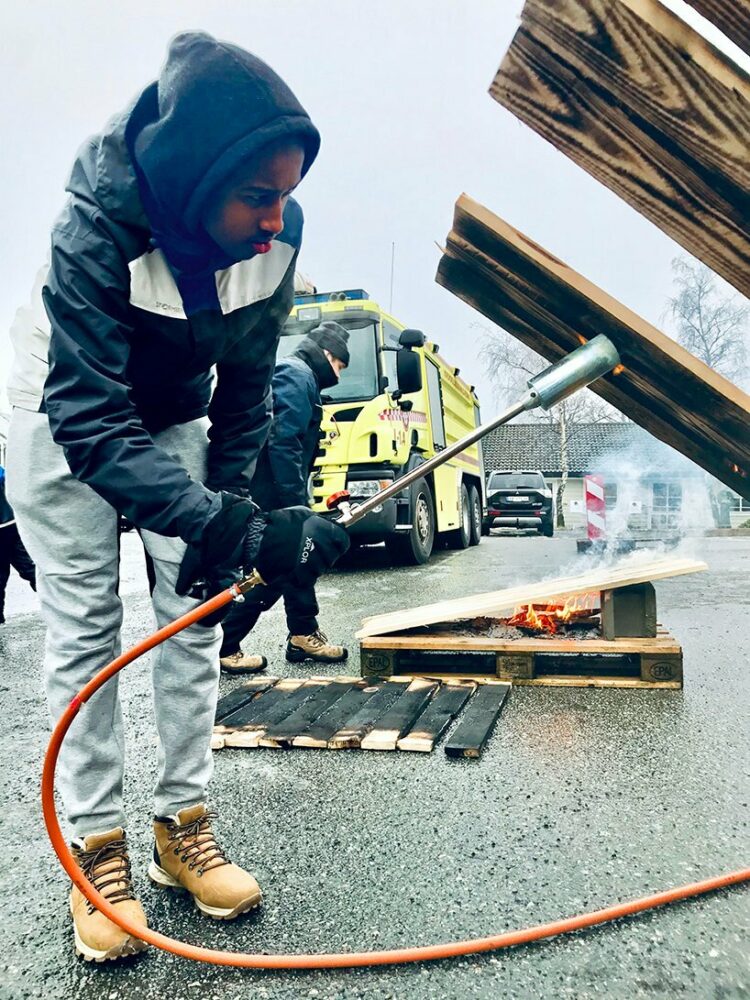 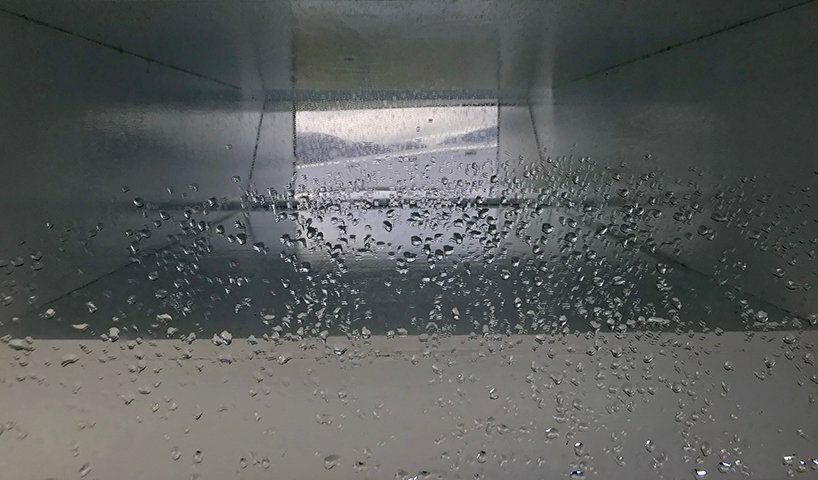 Periscope view of the bridge