woes van haaften of new window in collaboration with dutch designer lex pott have created ‘the diptych collection’. the series of objects are all made by sandblasting pieces of wood to reveal the annual rings of a tree and unveil its hidden history. the objects vary in size and function, but all come from the same douglas fir, therefore carrying the ‘1’, branded on each product. the tree used was planted on the dutch grounds of the veluwe around 1960 and cut down in 2013. the title ‘diptych’ refers to the juxtaposition within each object, while the patterns are created by covering different portions with rubber stickers during the sandblasting process.

the design process between new window and lex pott has been documented in a book and produced by frame publishers. it includes a foreword by robert thiemann and a conversation with design critic and journalist jeroen junte. the ‘diptych collection’ (including the book) was presented during milan design week 2014. 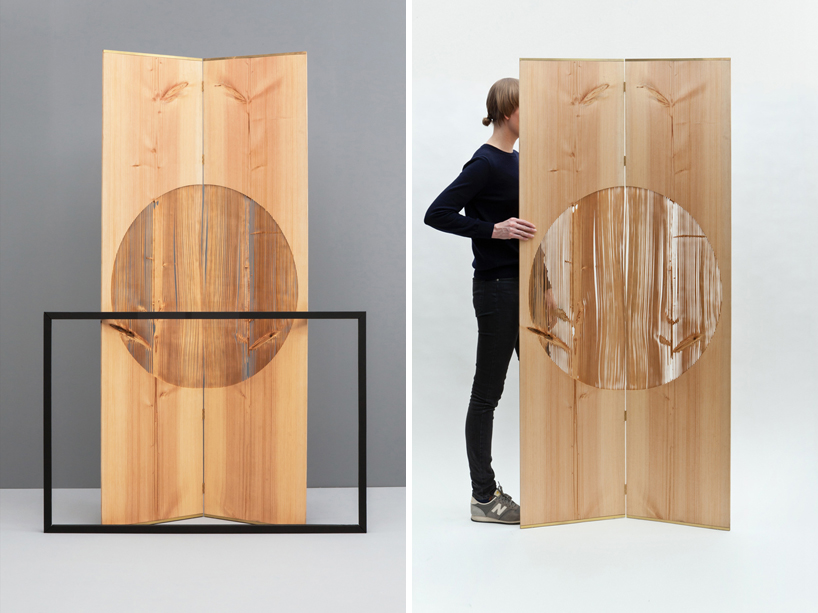 ‘you can see the life of the tree in the wood: good summers give a wide annual ring, harsh winters a thin one. by sandblasting you blow away the soft rings of summer, leaving a wide gap. within the wood there are different colours: heartwood has a reddish hue, sap-wood is more yellow. to accentuate the wood markings, the objects are finished with a combination of oil and wax.’ says new window and lex pott. 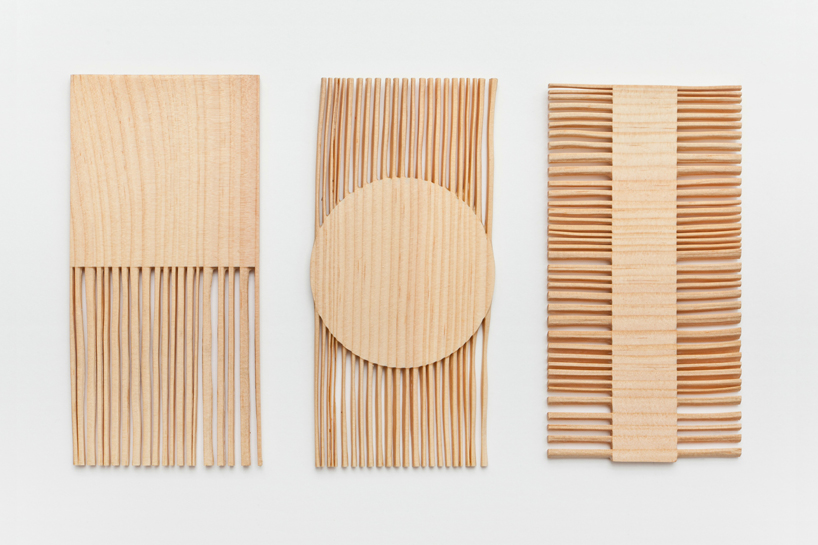 the diptych combs leave behind the hardest material after sandblasting, with one comb tooth equal to one annual ring 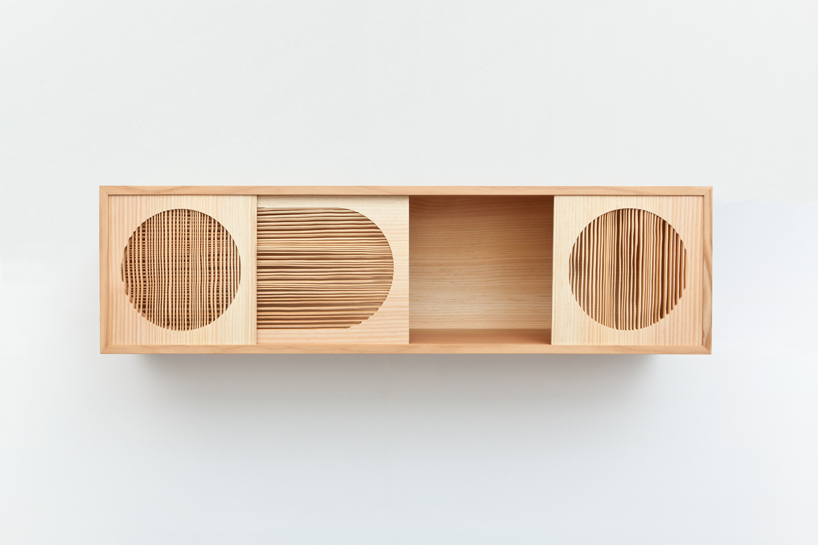 the diptych circular cabinet combines vertical + horizontal sandblasting, creating a line grid that changes when the doors are shifted 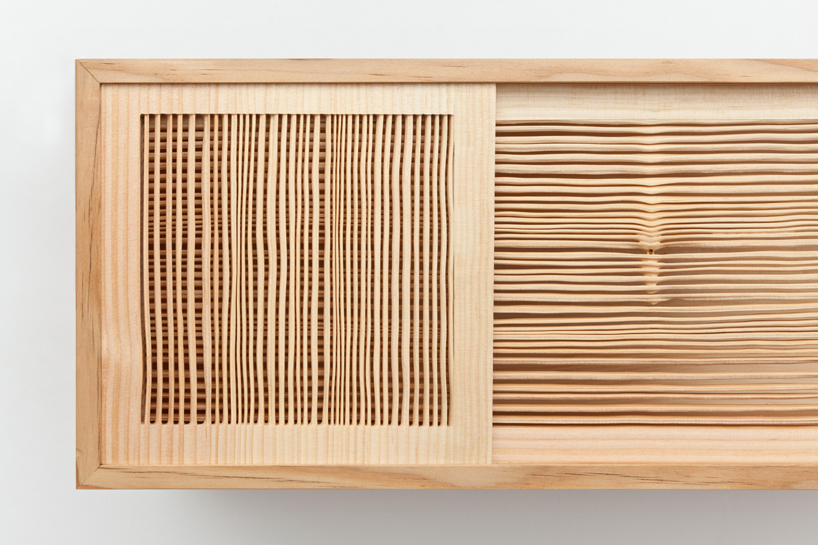 ‘lex at the sandblasting studio, removing the stickers from the room divider and admiring the result’
video courtesy of new window 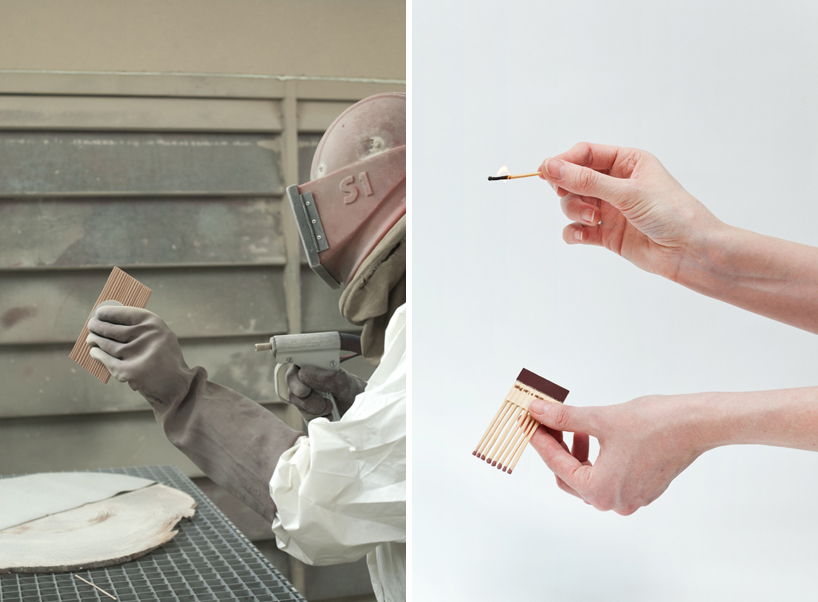 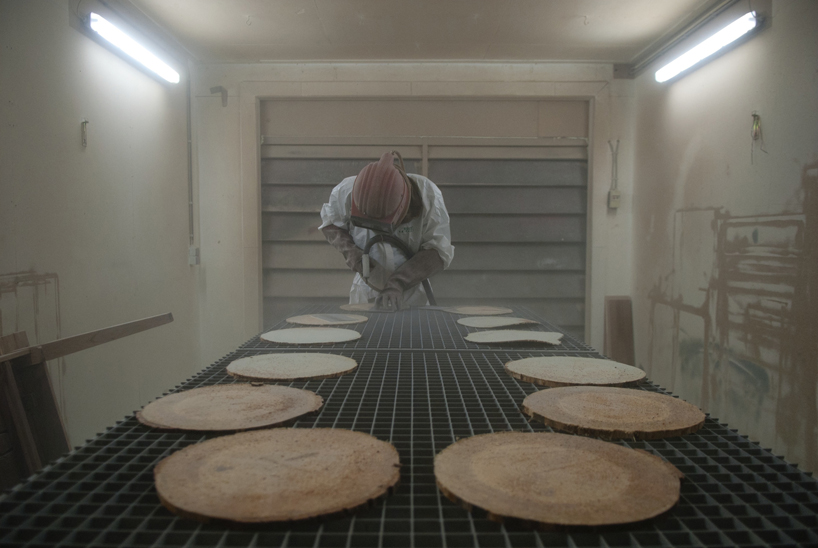 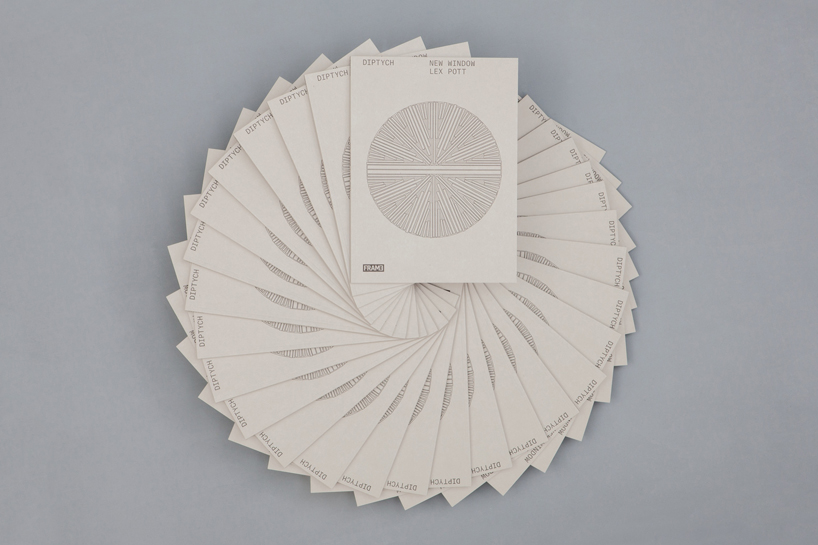 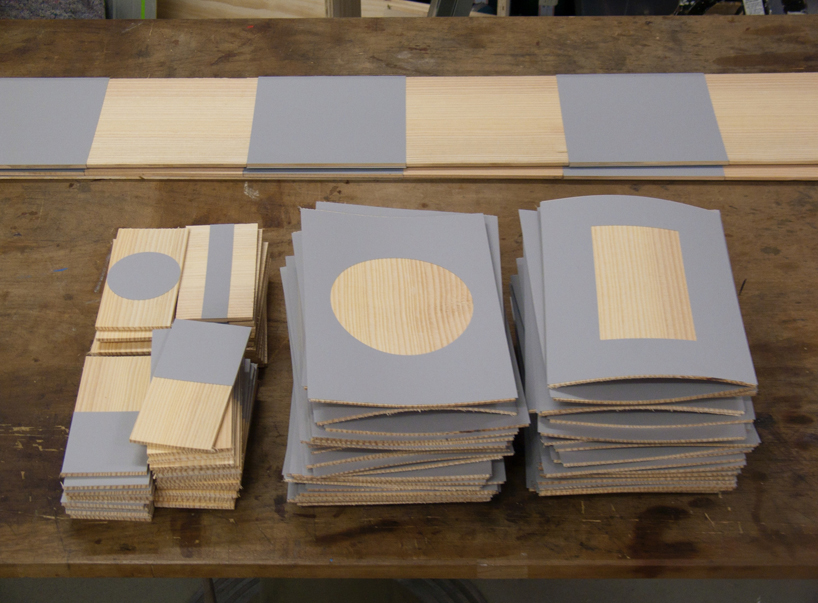 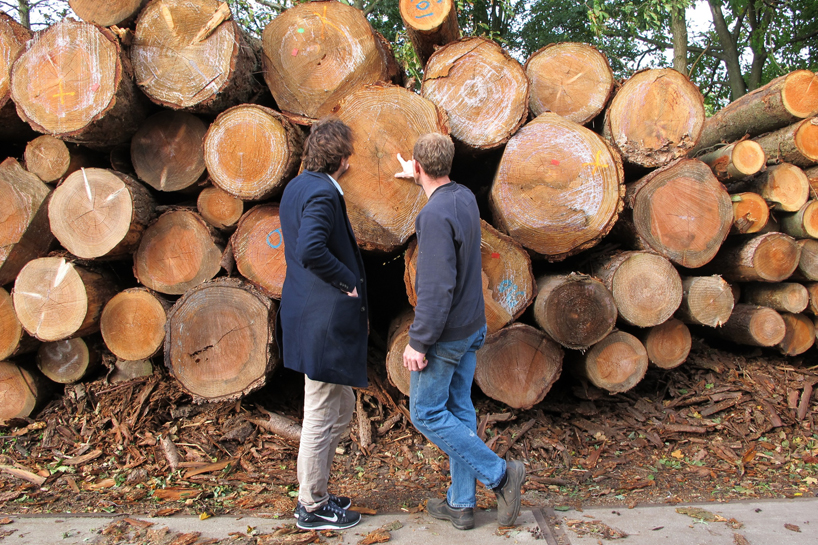