the new york city opera 2013 ad campaign dashes away the assumptions of a stuffy, overdressed audience and performers that belong in another era. vibrantly modern with an air of mystery, the print and billboard ads developed by new york-based art director daniel forkin, demonstrate that the opera is far from boring in the big apple. conceived with a minimal budget and stock photography, the advertisements implement a dot pattern to mask the generic photos and transform the images into a refined piece of contemporary pop art. 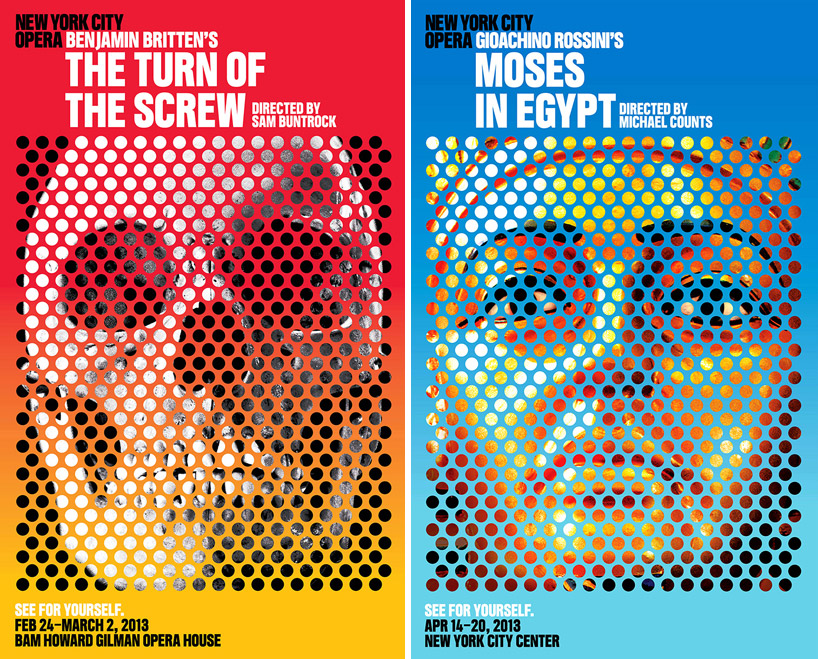 the turn of the screw poster, moses in egypt poster 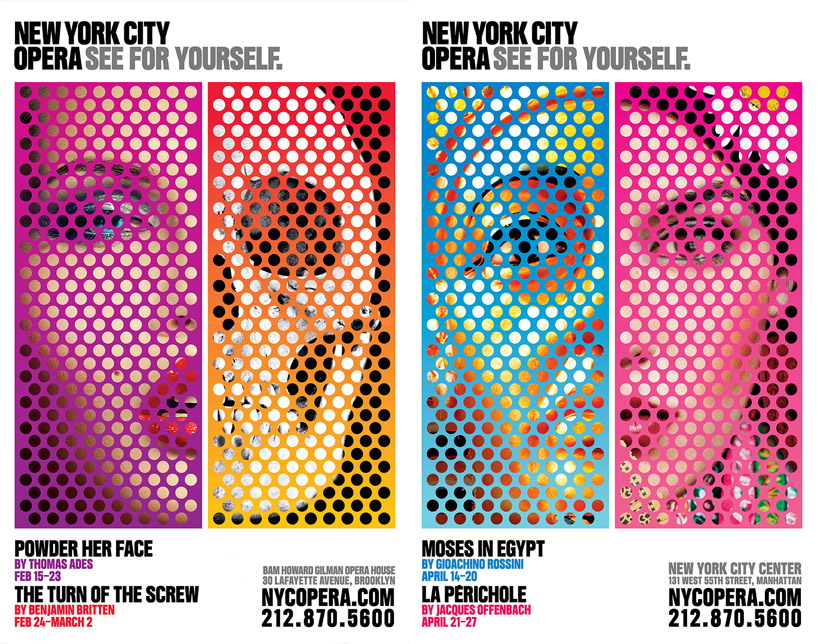 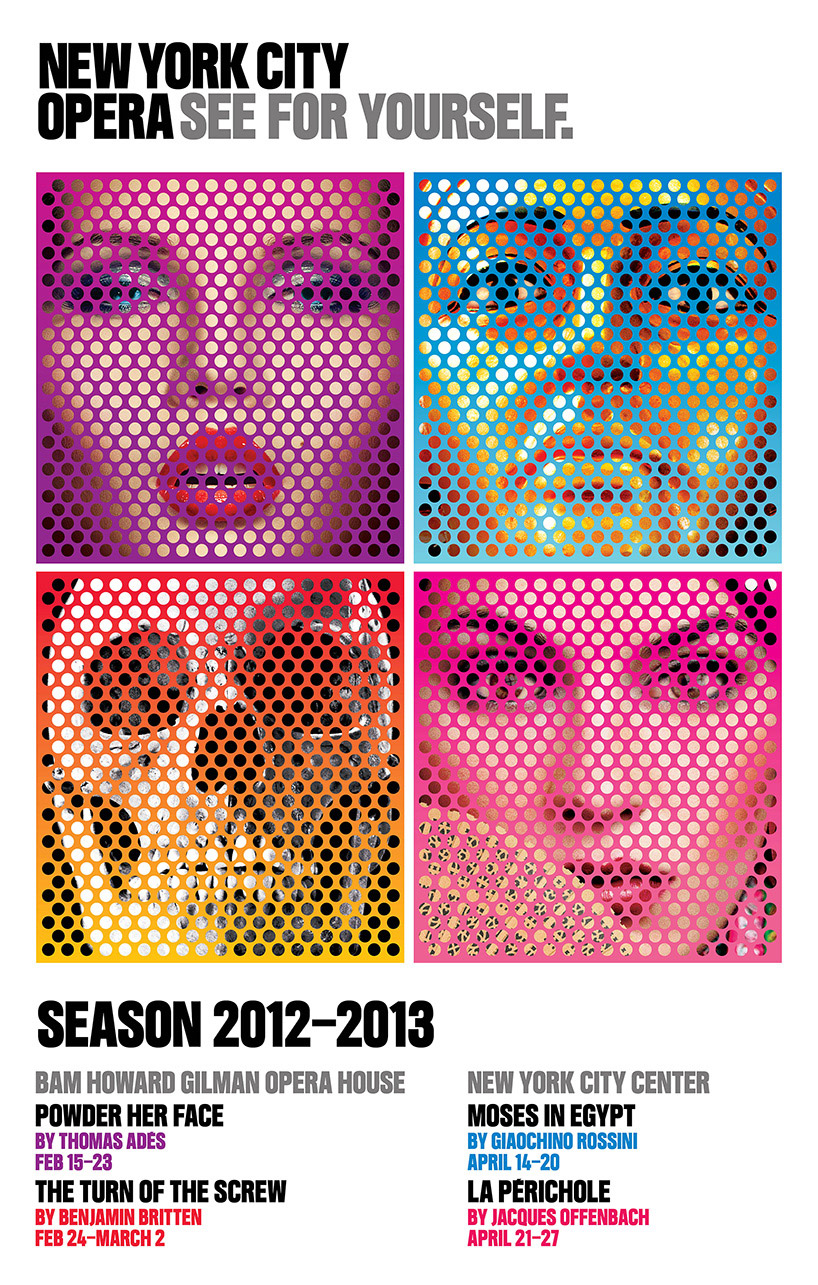 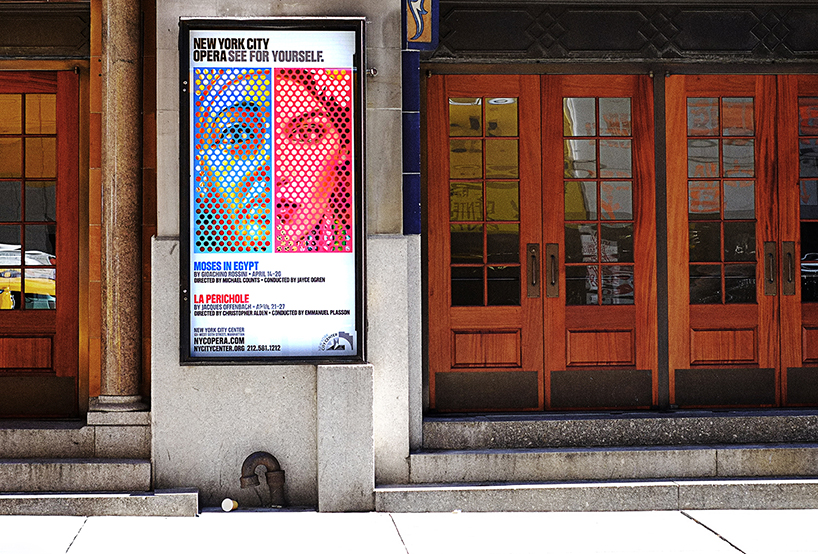