on april 11th, 2011, designboom covered the ‘palette’ iPad case by american brother design team nick & beau, which had just begun a round of kickstarter funding.

an updated model of ‘palette case‘ is now in production, handcrafted in chestnut or black leather and merino wool felt. the cases retain the same functionality: a cutout hole in the back permits the tablet to be held easily with one hand, as though it were a painter’s palette; and a front protective case with 14 embedded magnets folds into two heights of triangular stand to prop up the iPad for typing or movie watching. all ports, jacks, and cameras remain accessible even with the cover on.

‘palette case’ is available for 99 USD in the device shop. 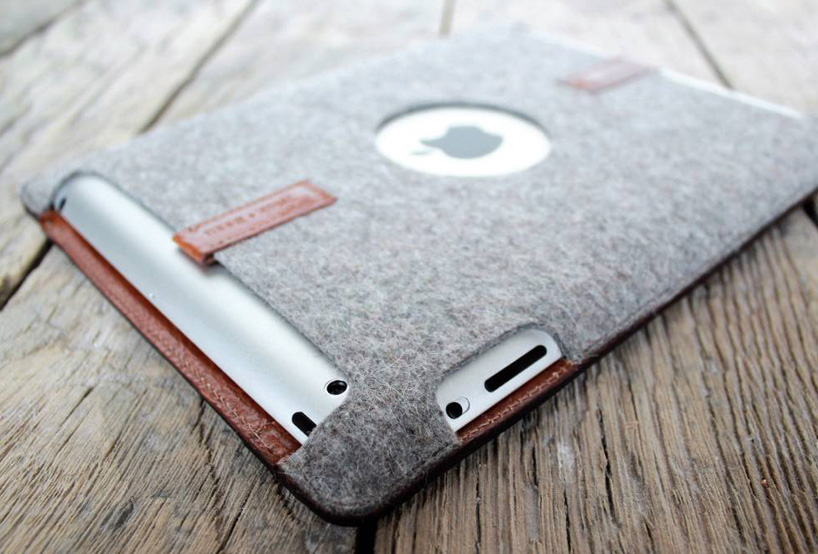 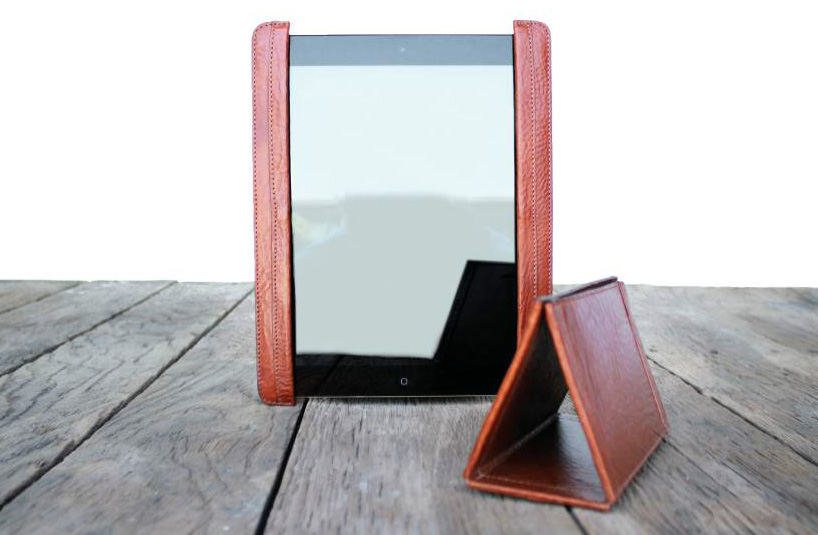 the case, with front cover removed and folded as it would be for a stand configuration 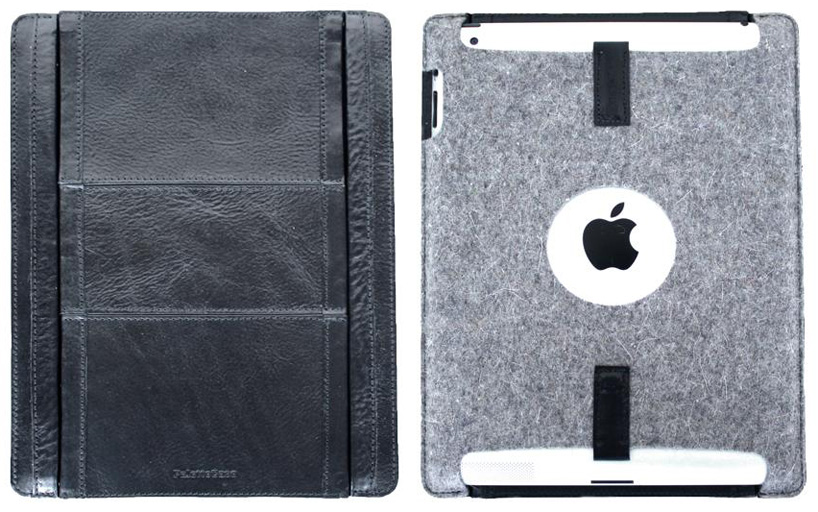 the black and wool felt model

the front cover can be folded into a triangular stand, of two different heights 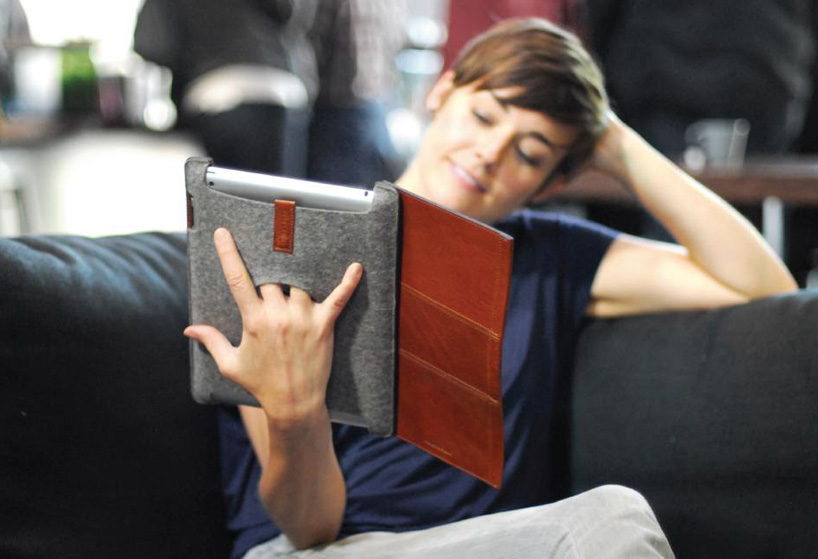 demo of the device in use 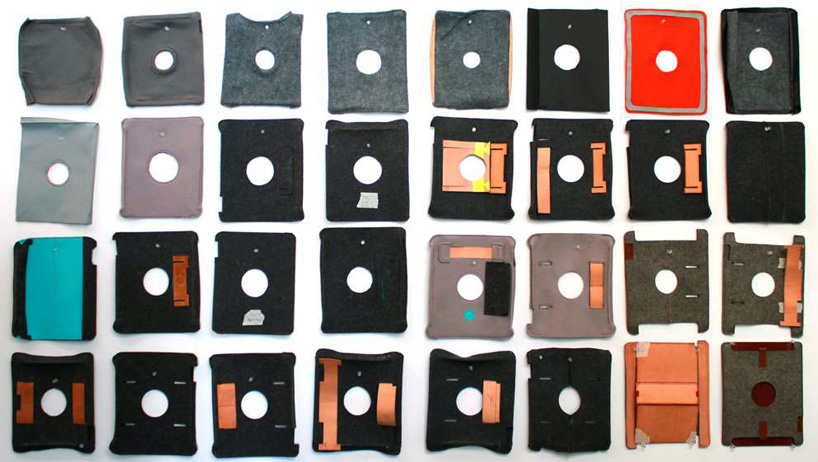 already the result of over fifty prototypes, the ‘palette case’ design has gone through a significant reconceptualization over the past year, in response to public feedback the brothers sourced through kickstarter itself in the comments section, and through additional design brainstorming and beta testing. the former design, as featured in designboom’s original article can be browsed below: 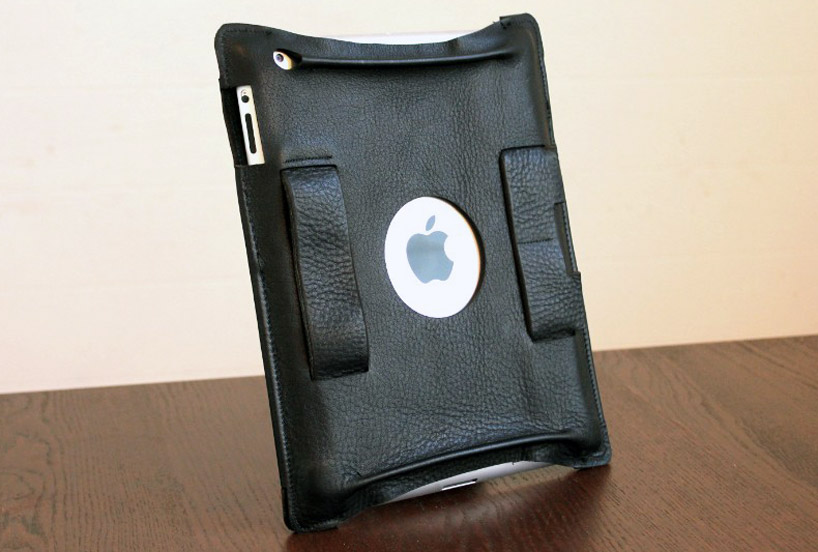 modeled after an artist’s palette, the case permits an iPad to be held easily with a single hand 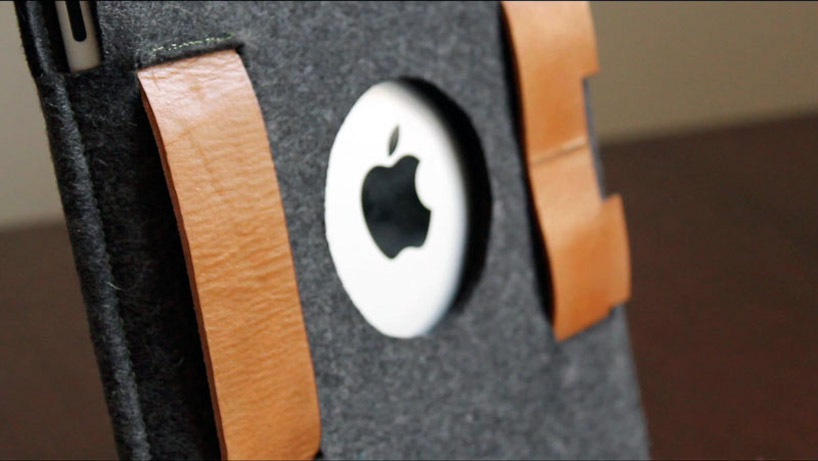 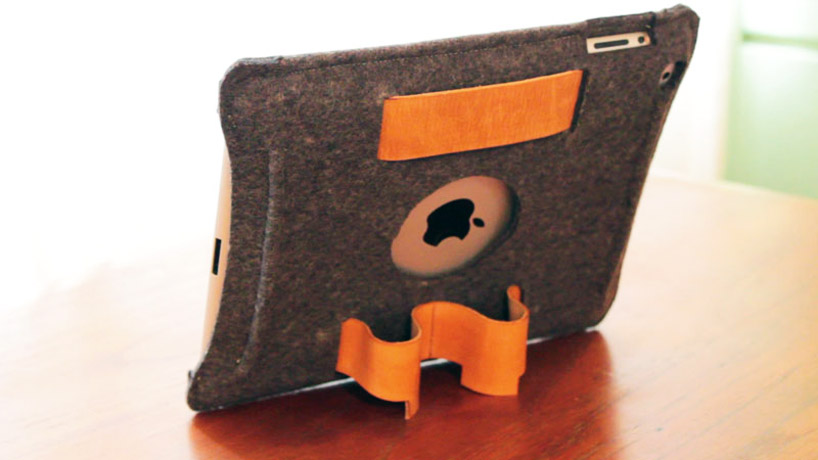 in the case’s former iteration, the back straps could be folded into a stand for tabletop use