NIKE free hyperfeel functions as extension of the foot

designboom is at the NIKE headquarters in portland, oregon where the sporting company has unveiled its ‘nature amplified’ design ethos, expressed through four new products including the NIKE free flyknit running shoe (see designboom’s interview with NIKE creative director sean mcdowell about the development of the free flyknit here) and NIKE free hyperfeel.

NIKE free hyperfeel: inside the design
video courtesy of inside NIKE running

focusing on designing for the ‘body in motion’, the NIKE free hyperfeel has been developed from collecting scientific data and insights from athletes to function as an extension of the body through the minimization of material between the foot and the ground so that runners are able to move more naturally. scientists at the NIKE sport research lab employed pressure-mapping technology and high-speed film in order to properly analyze the foot in motion, documenting the precise points in which one’s  comes into contact with the ground and absorbs pressure, while also recording the specific areas that require traction. 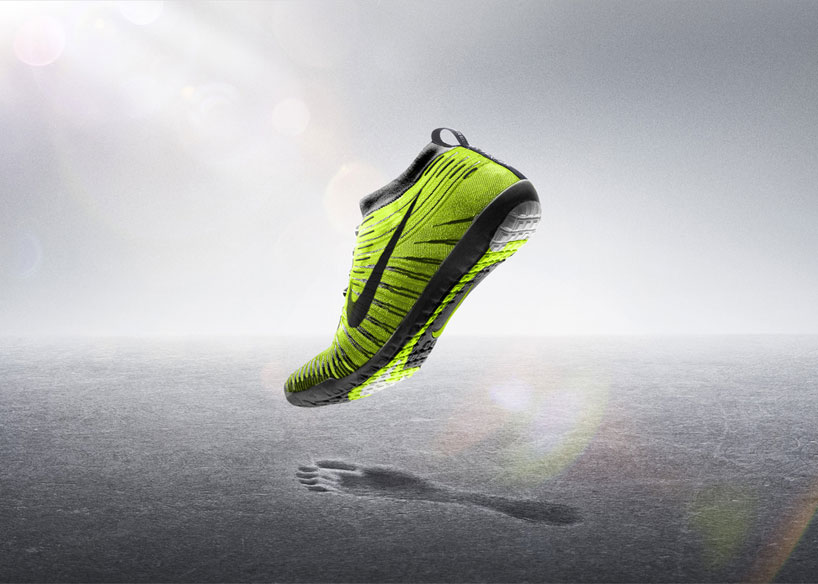 the NIKE free hyperfeel is made from only seven components (in comparison a NIKE air pegasus running shoe is made from 57 parts). the upper is made from a single piece woven using the same technology as that of NIKE flyknit’s construction, reducing the waste of a typical shoe’s upper by 90 percent. a drop-in sole with flex grooves made from lunarlon foam gives the foot direct contact with the cushioning replicating the natural pads under one’s foot, and provides flexibility longitudinally and latitudinally along the design. structured on a waffle outsole made from XDR rubber which is applied in the most high-wear heel areas, strategically placed waffle pistons are integrated for grip and feel, allowing the foot to get closer to the ground–the low-profile providing the appropriate padding and protection in the most necessary places, reflecting key pressure points. 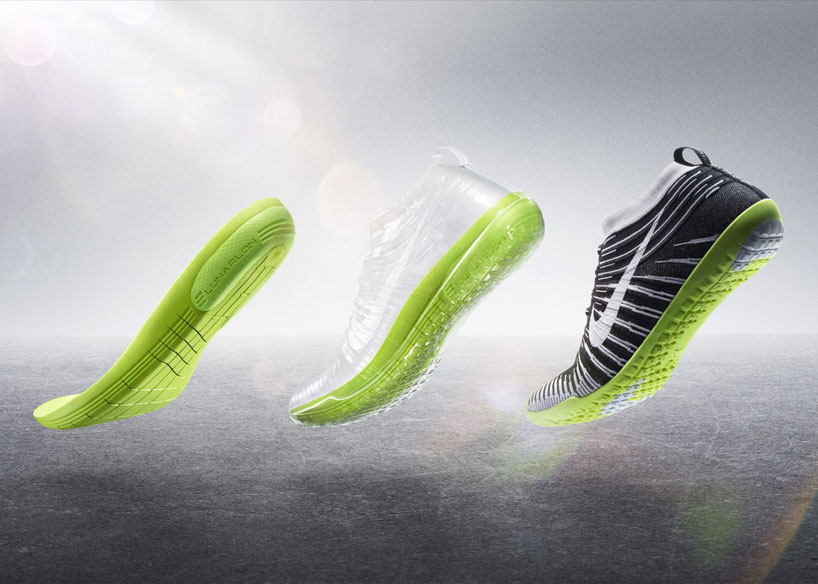 ‘nature amplified means designing for bodies in motion and creating incredible new products that work intuitively with the human body,’ said trevor edwards, NIKE brand president. ‘the footwear and apparel we’ve unveiled today is based on insights from athletes and runners at every level, combined with extensive research in our sport research lab. these innovations are data-driven, but body-led.’ 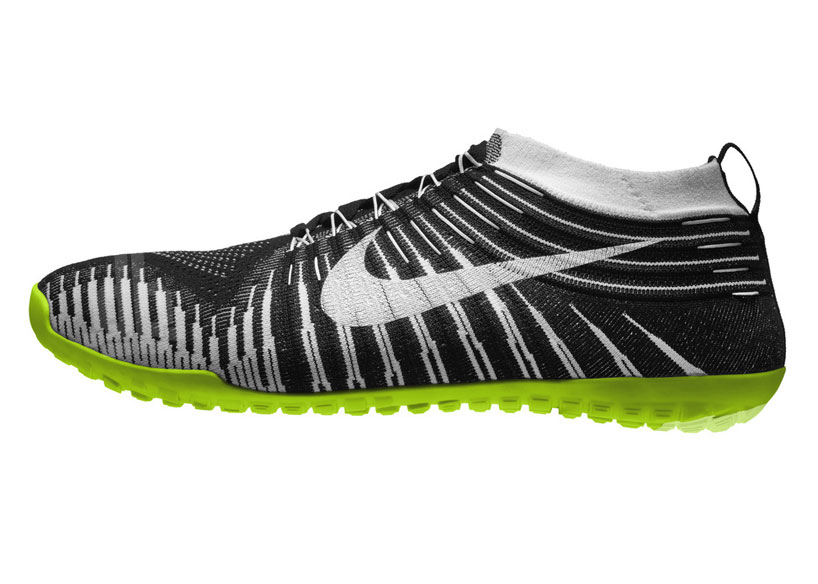 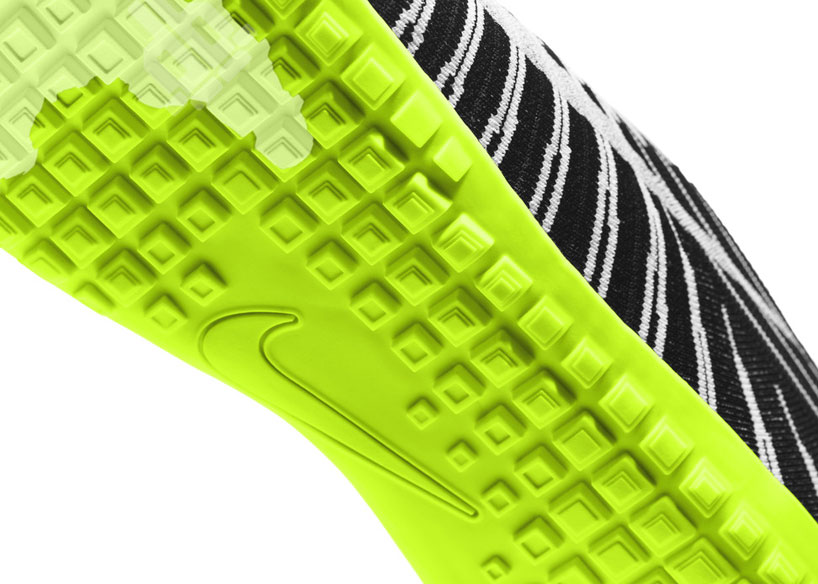 the outsole is a composition of waffle pistons for ample grip 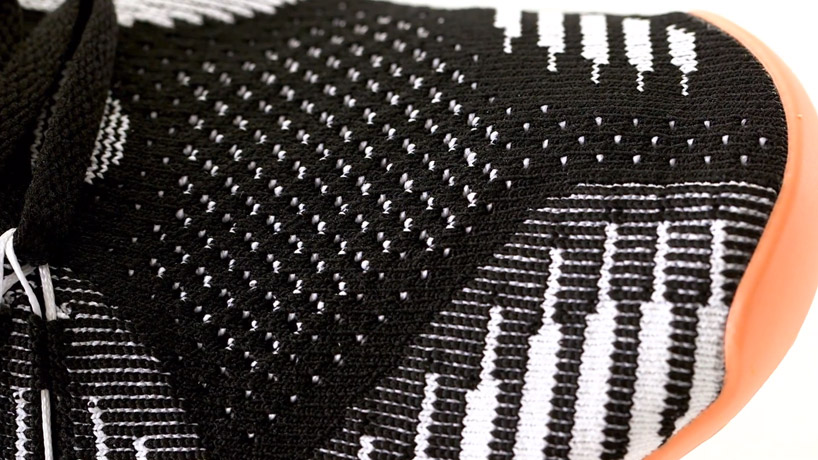